The project by Marcante-Testa in Trieste, inside a building from the early 1900s in the city’s historical center, covered the renovation of an apartment of about 180 square meters, which no longer held any traces of the period of original construction (other than the internal doors).
The clients are a couple from Munich: she was born in Trieste and moved to Munich over 30 years ago to work in the field of premium textiles, while he is an artist and a Munich native. They both wanted to split their working and private life between Germany and Italy.
The starting point was the reformulation of the functions of the interiors, responding to new necessities of life while enhancing the internal circulation and visuals, through dual connections of the rooms to the original corridor and to each other on the side facing the main street.

The client’s professional activity suggested a new path of research for the designers, mainly linked to the world of textiles applied to the architectural dimension, with specific references to outstanding female figures. Particularly due to the epoch and context of the flat, special reference has been made to Anita Pittoni, a versatile artist from Trieste who worked on fashion but also interior and furniture design, whose creations were often featured by Gio Ponti on the pages of Domus in the 1930s.

In the project by Marcante-Testa the textile element becomes material for architecture and interior design, with fabric panels to divide the spaces – as in the living area, between the dining and sofa zones –, textile wall “belt” in the bedroom to set the perimeter of the space at different heights, passementerie utilized to cover radiators in the living room, and even fabric doors for the custom cabinets of the dressing room.
As theorized by Anita Pittoni, the project becomes perceptible and comprehensible not only through the sense of sight but also by touch, triggering direct contact between work and maker, work and user.
All the fabrics (including the curtains) have been specifically designed for the project by the textile designer Aleksandra Gaca, in collaboration with the architects, and produced at the Textiel Museum of Tilburg (Netherlands).
Also on the scale of furnishing complements, female figures like Gegia Bronzini, whose company provided the design of the bedspread, and Maria Lai, for the textile works on the walls of the living area, have added unique content to the project, revealing the desire to assign value to a certain type of handwork.

The Central European culture of Trieste in the first decades of the 1900s has also contributed to set the architectural pathway taken by Marcante-Testa.
The ceilings, a specific area of research for the designers, are often the most neglected features of the home (as also suggested by James Hillman), but in this case they have been specially designed, calling into play certain features inspired by the works of Josef Hoffmann from the 1920s.

The walls have been covered (and then painted) with wallpaper based on an original design from the Bauhaus period (reproduced today by Rasch Contract), in tune with the handles by Walter Gropius.
Lamps by Adolf Loos (still produced today by Woka Lamps Vienna) complete the references to the past.
The aim of contextualizing the project with references to a given historical period has been balanced with a more contemporary dimension, through the design of specific furnishings and the selection of lamps and furniture from current production.

The use of cool, severe colors for the living area and the kitchen gives way to the pastel hues of the bathrooms and nighttime zone. Certain chromatic accents in tones of blue in custom furnishings like the sofa and the cabinet in the guestroom, and in details like the curtain rods, have the purpose of underlining the visual continuity of the rooms, while at the same time inserting elements of intentional discontinuity.

Since Trieste is a city with a strong cosmopolitan identity, the project sets out to translate this unique, cultured dimension on the architectural scale of the interiors. Under the painstaking supervision of the designers, the apartment brings together pathways of research and human endeavor shared by a great number of people. 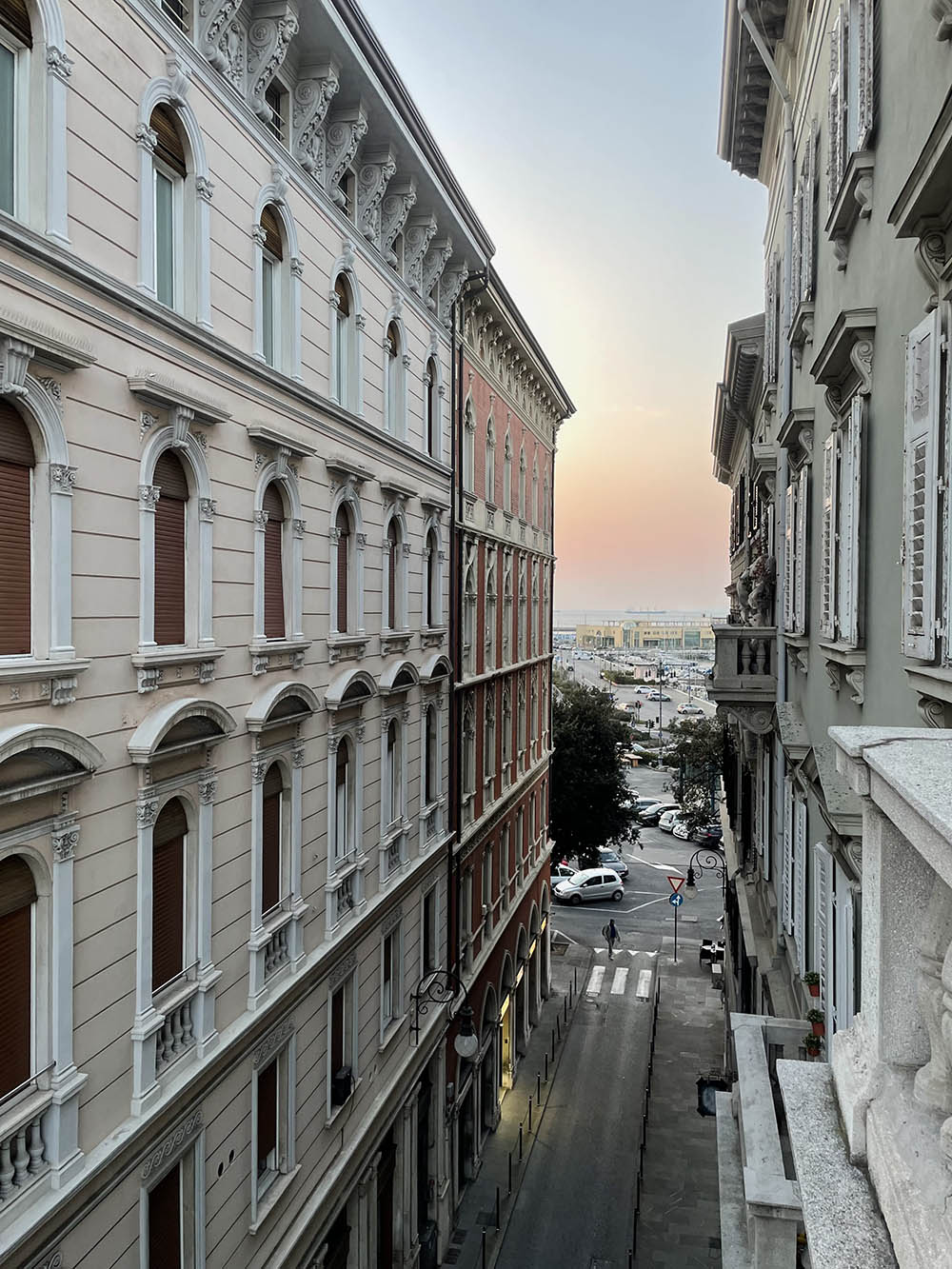 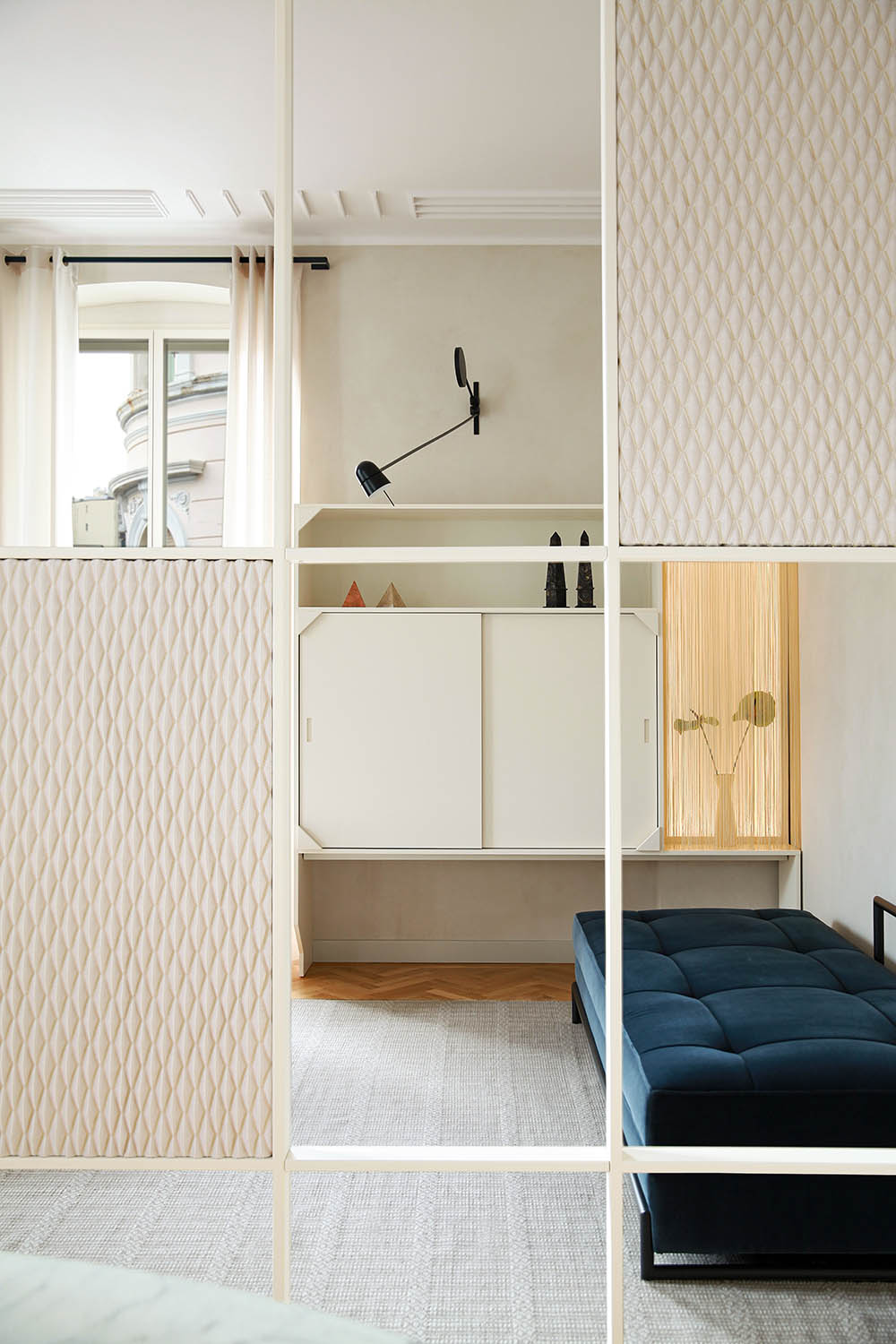 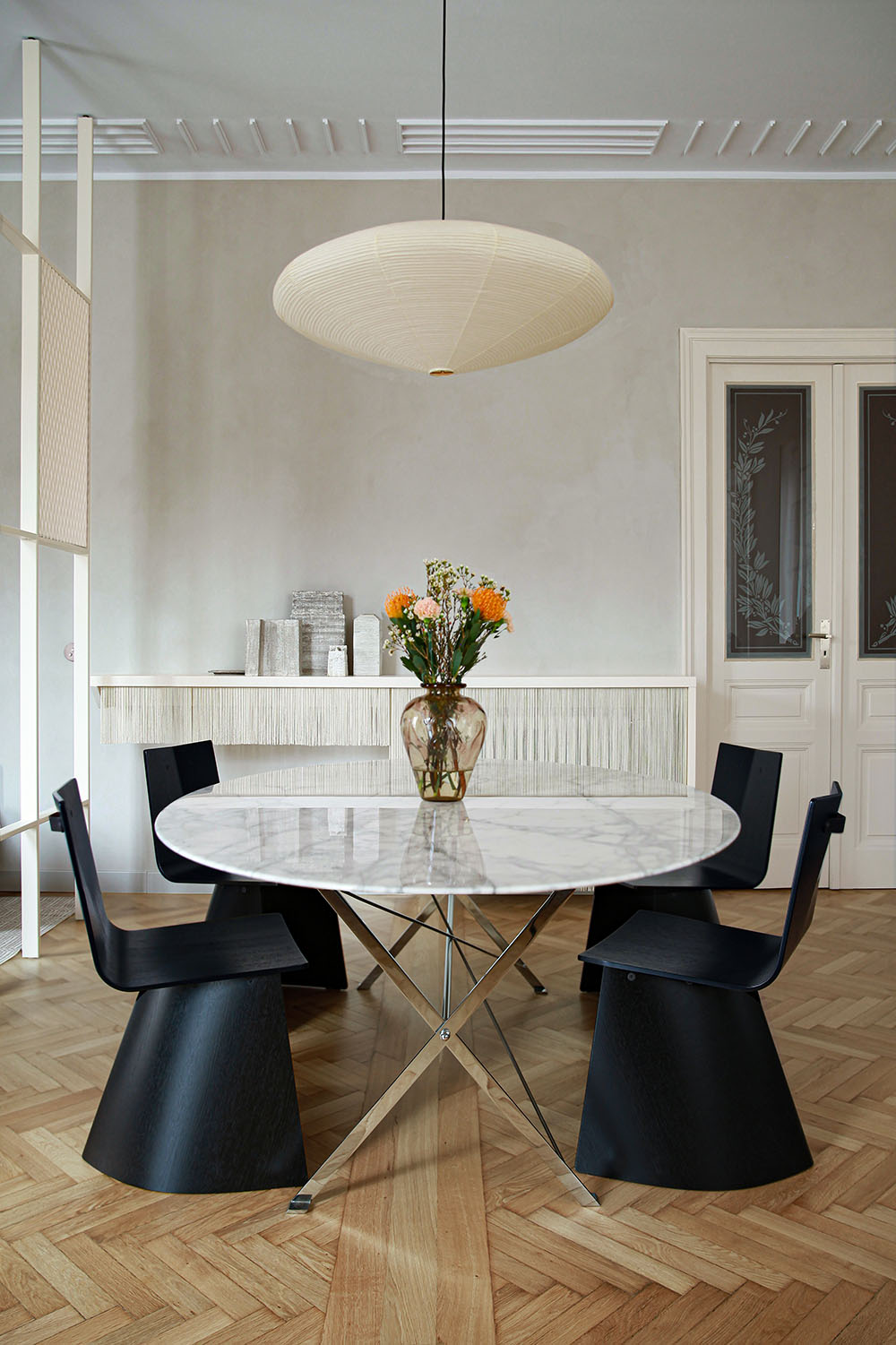 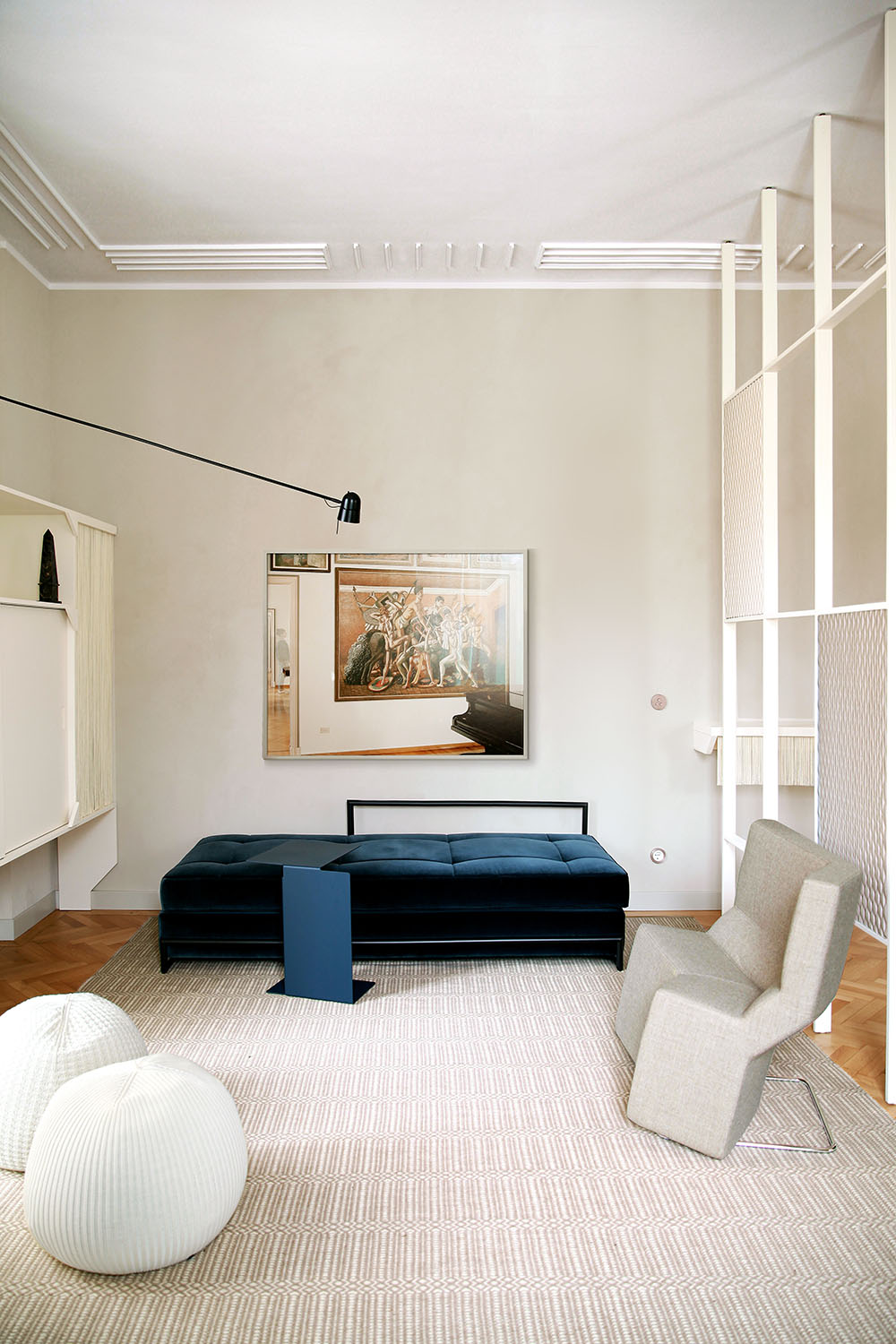 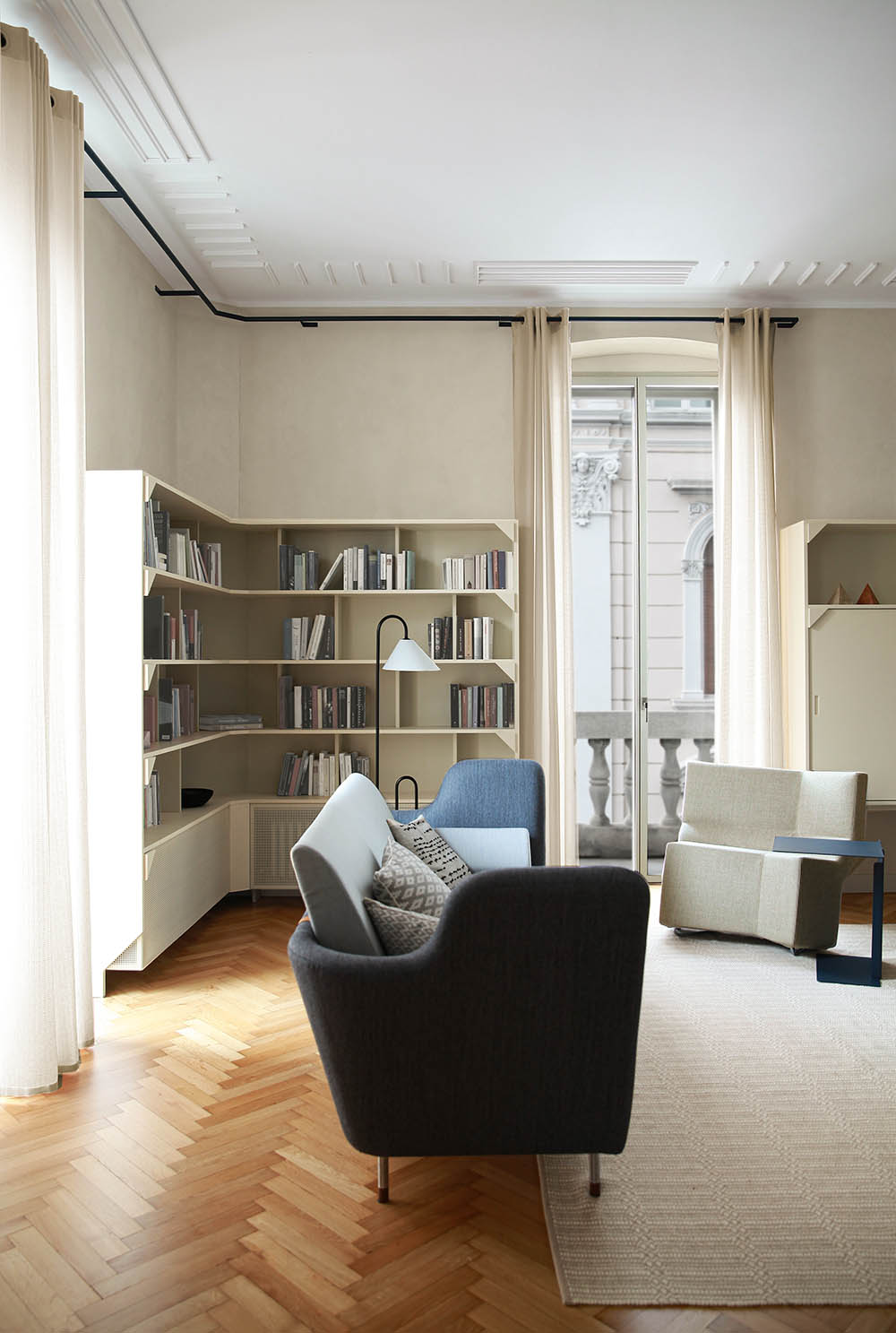 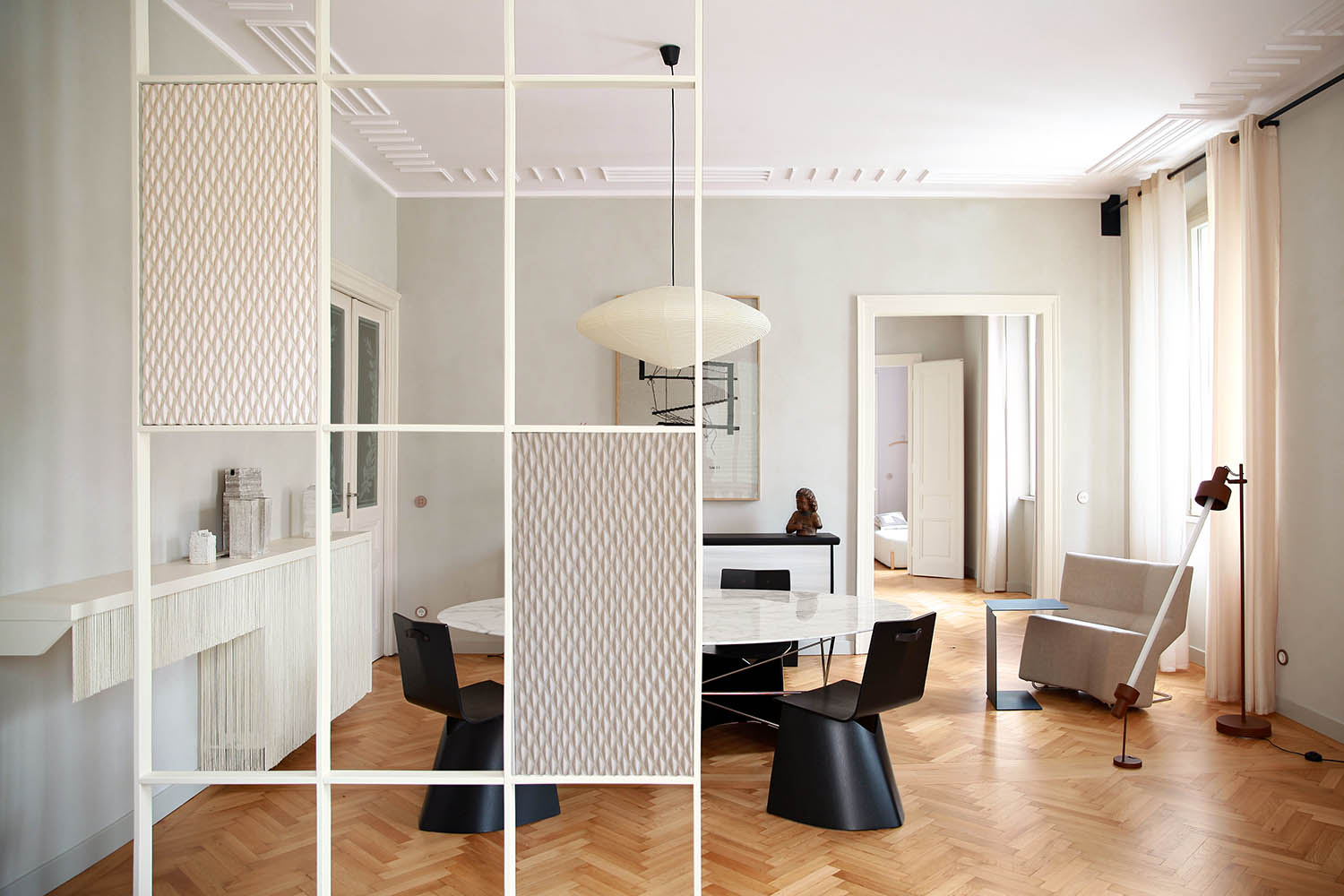 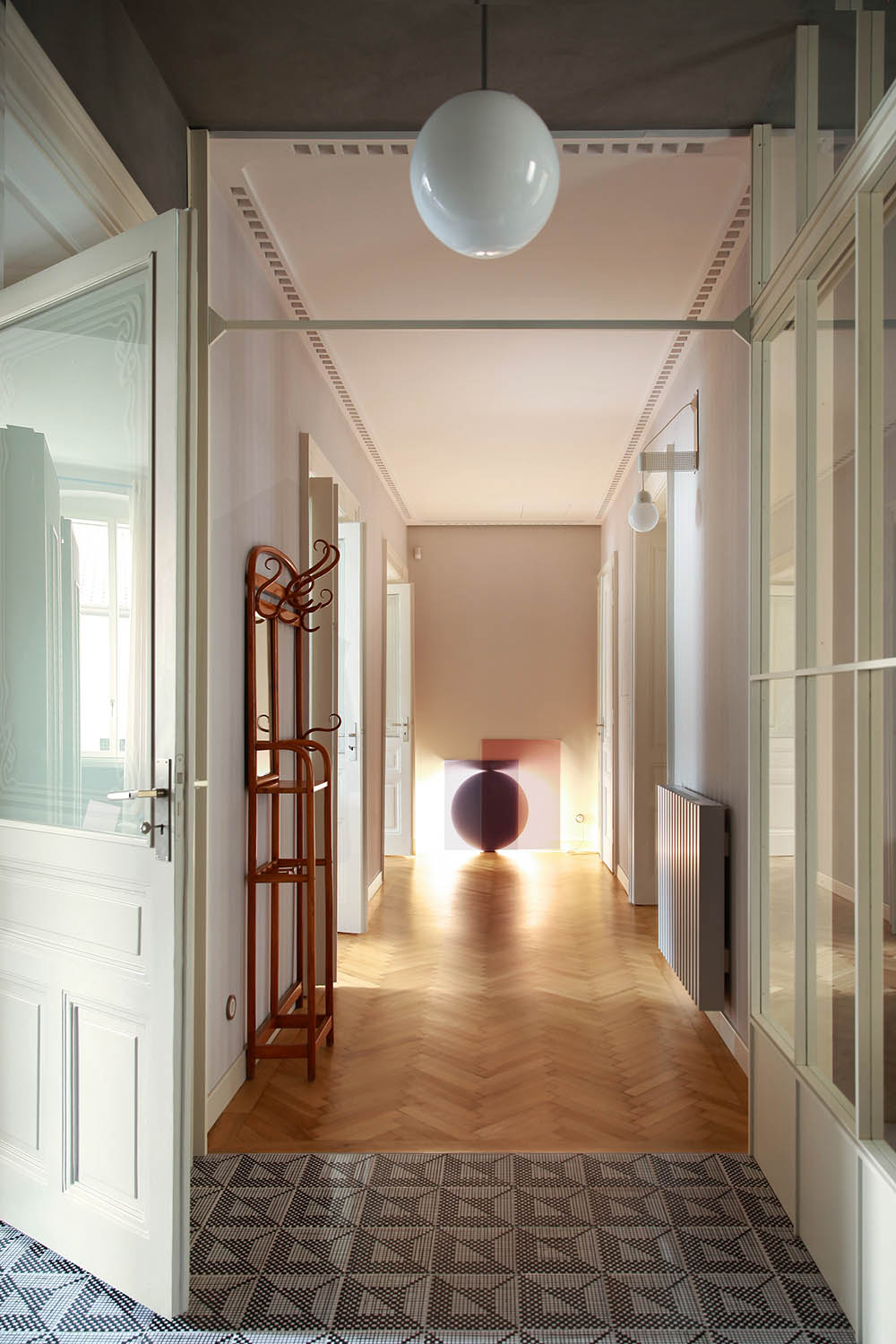 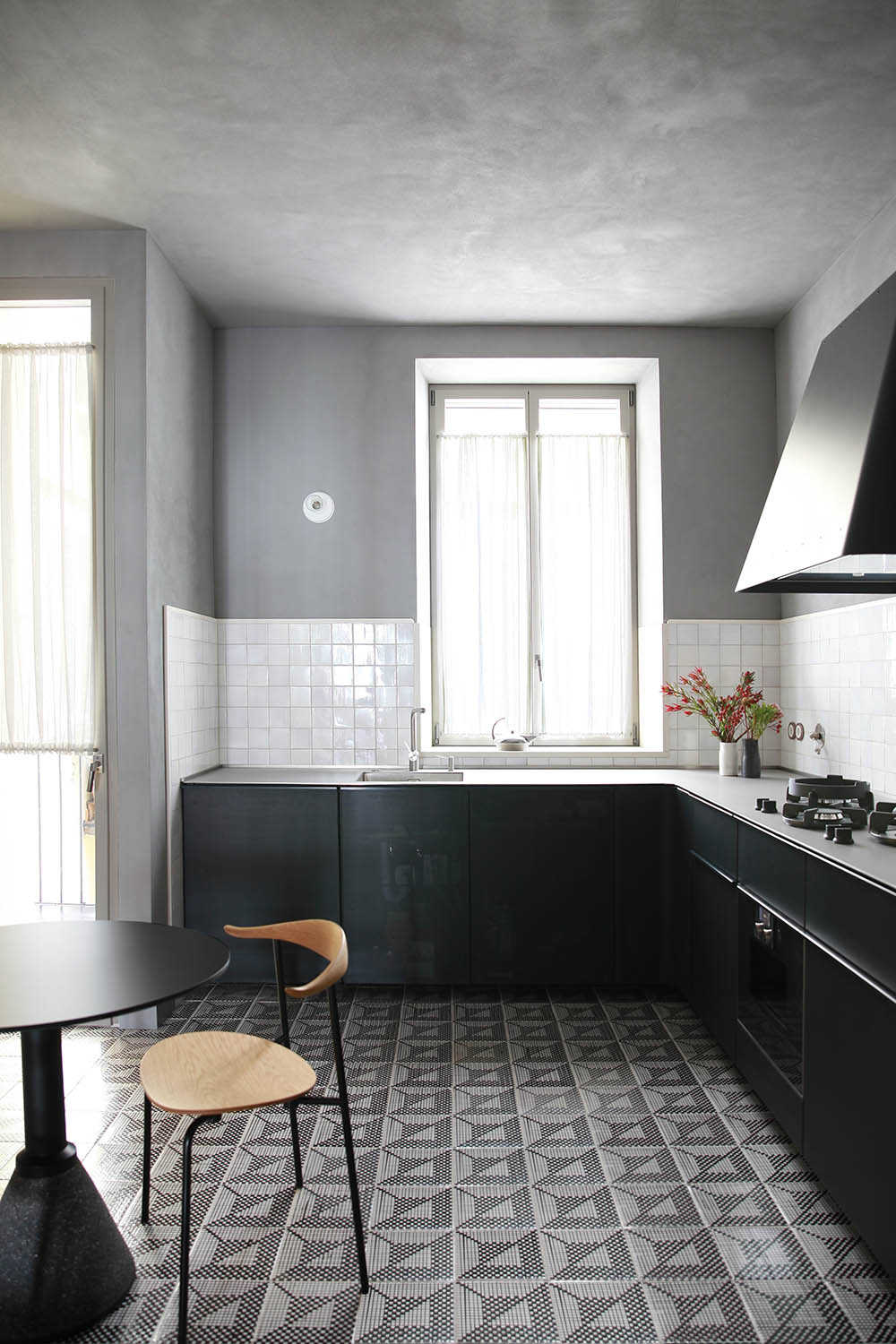 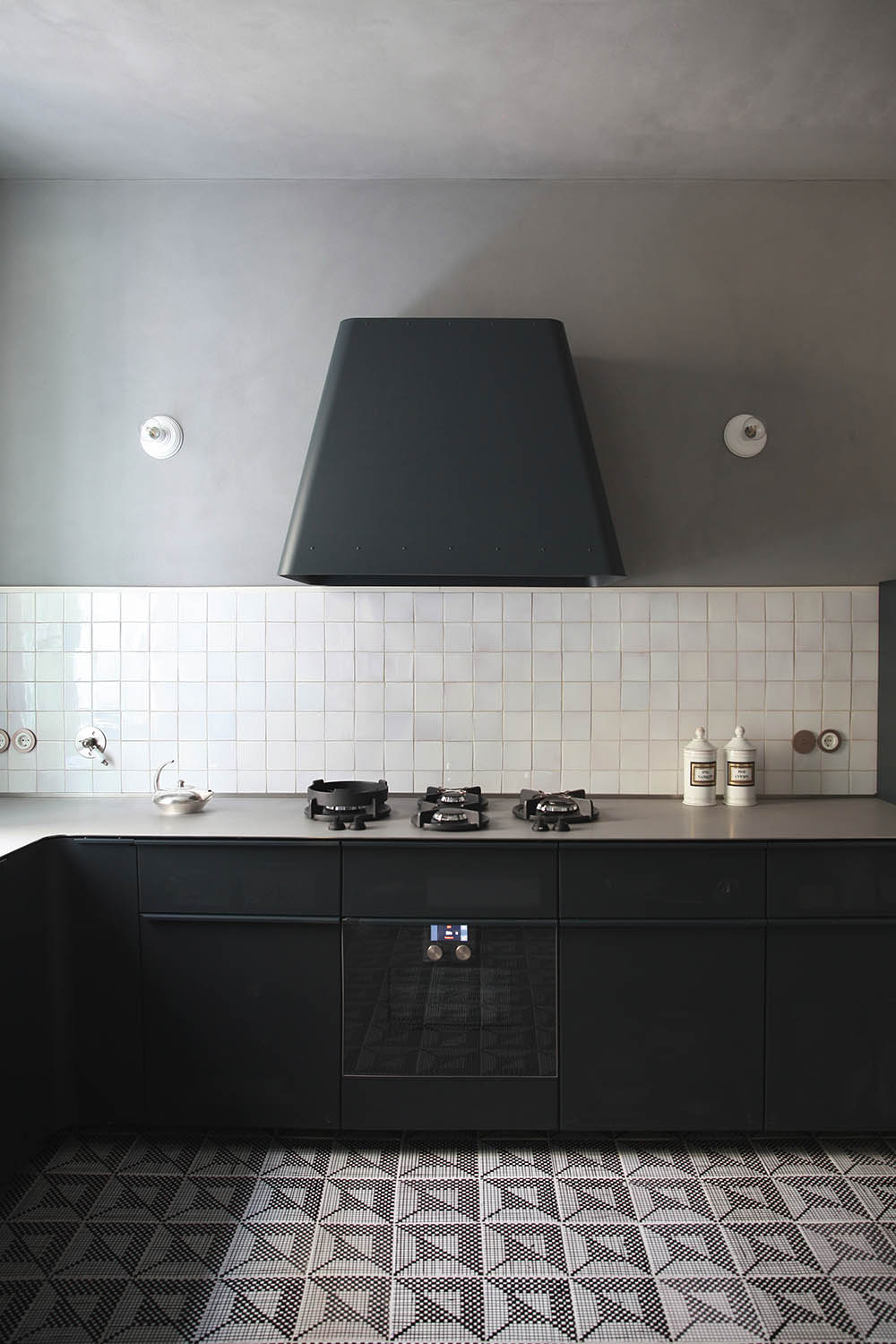 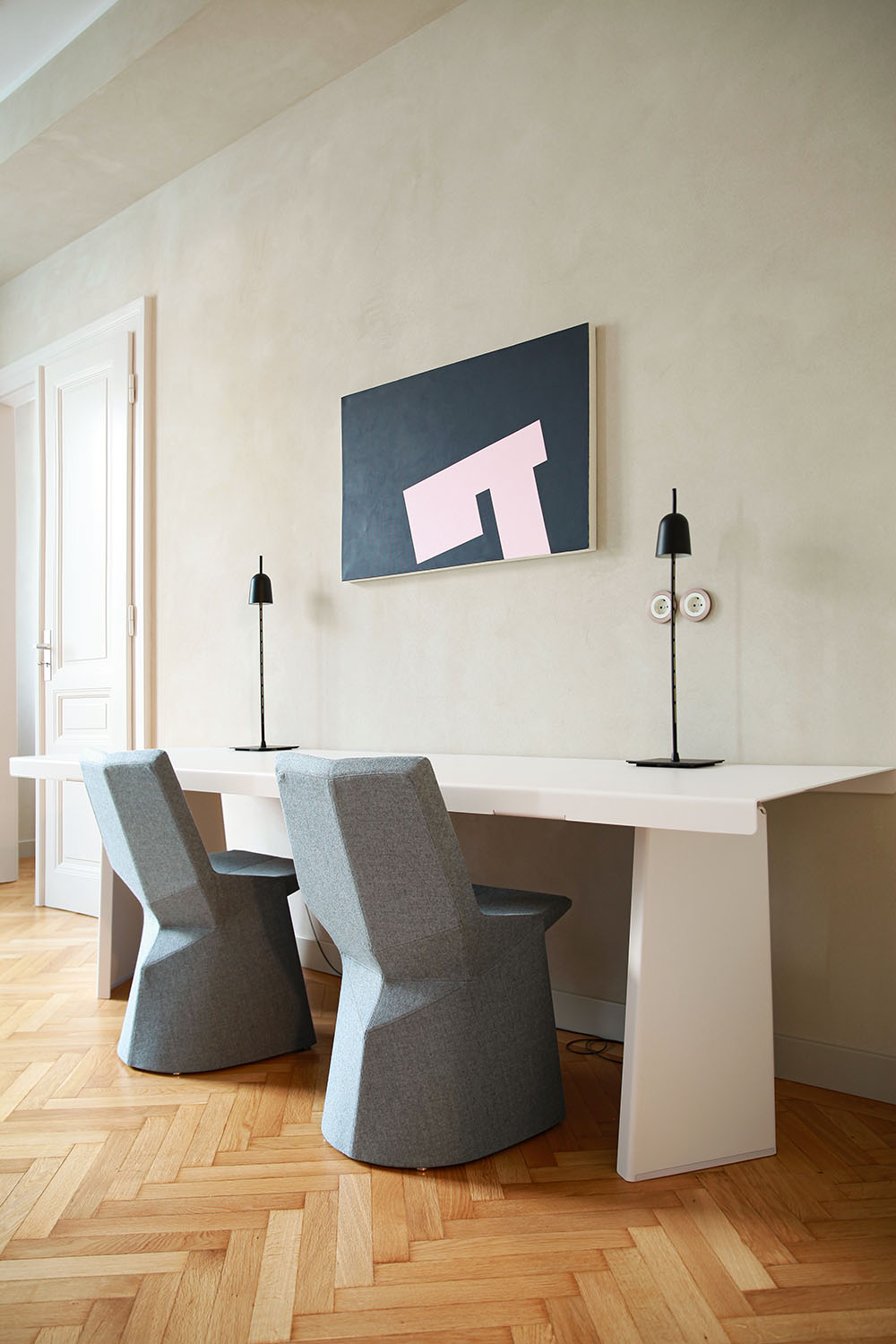 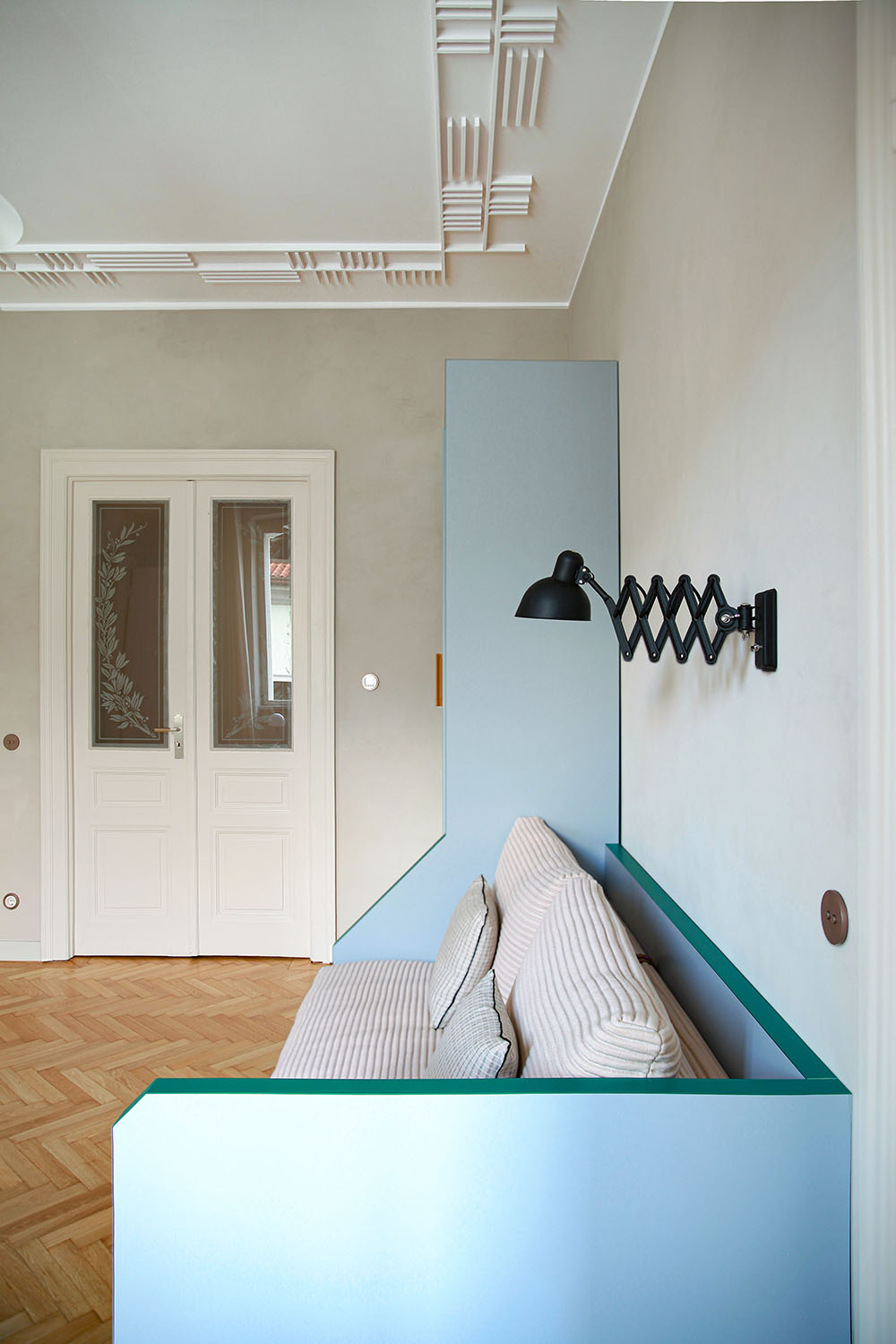 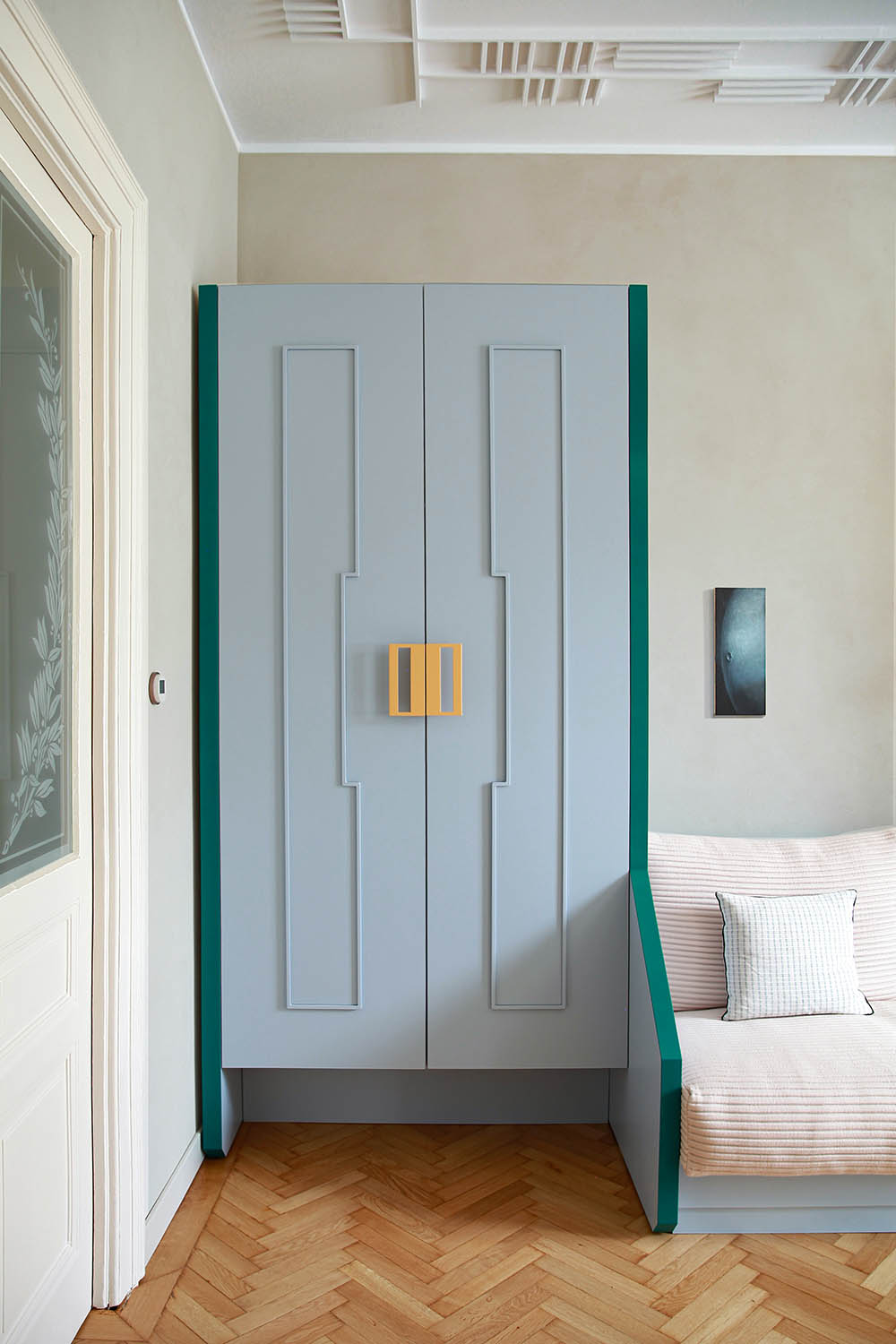 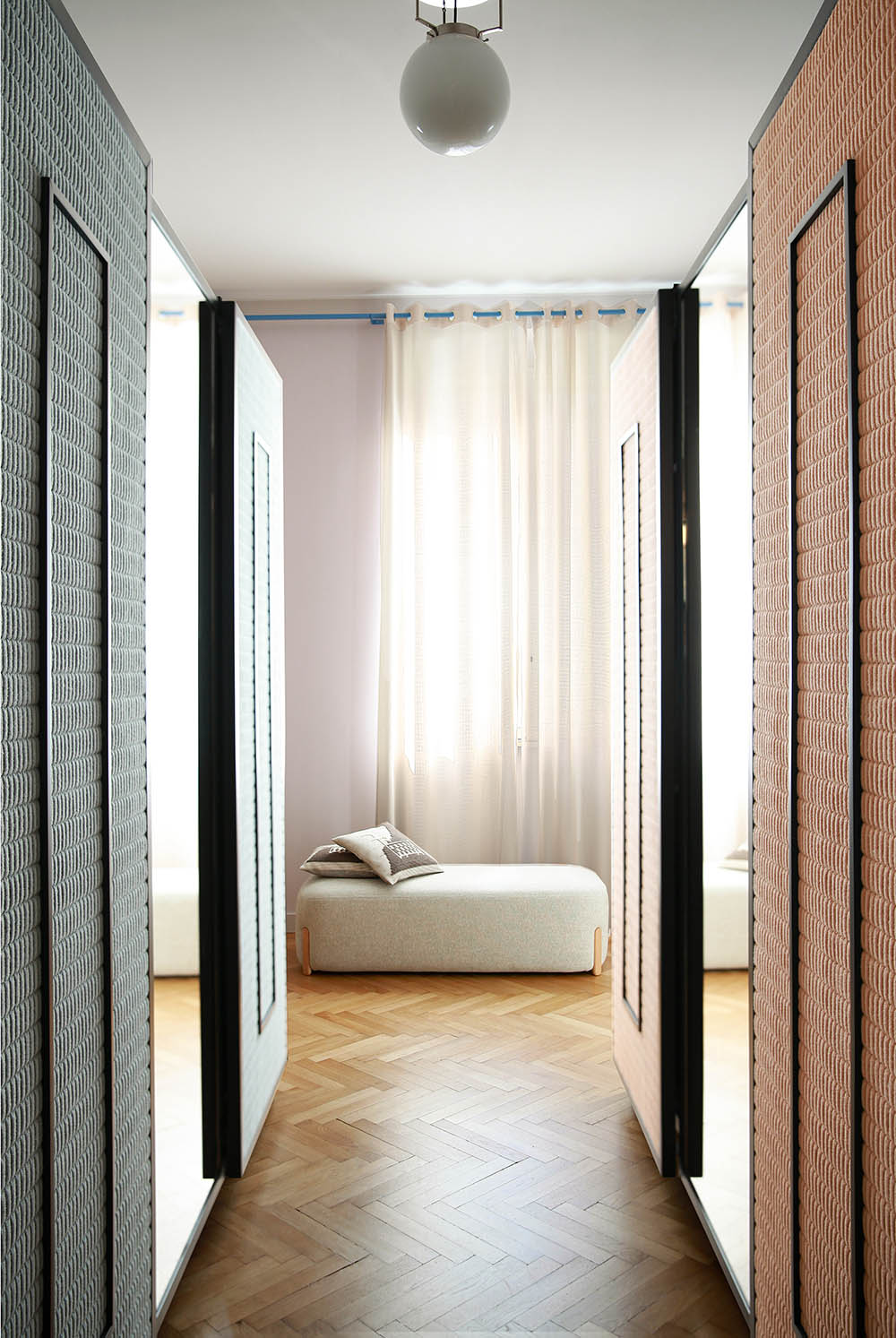 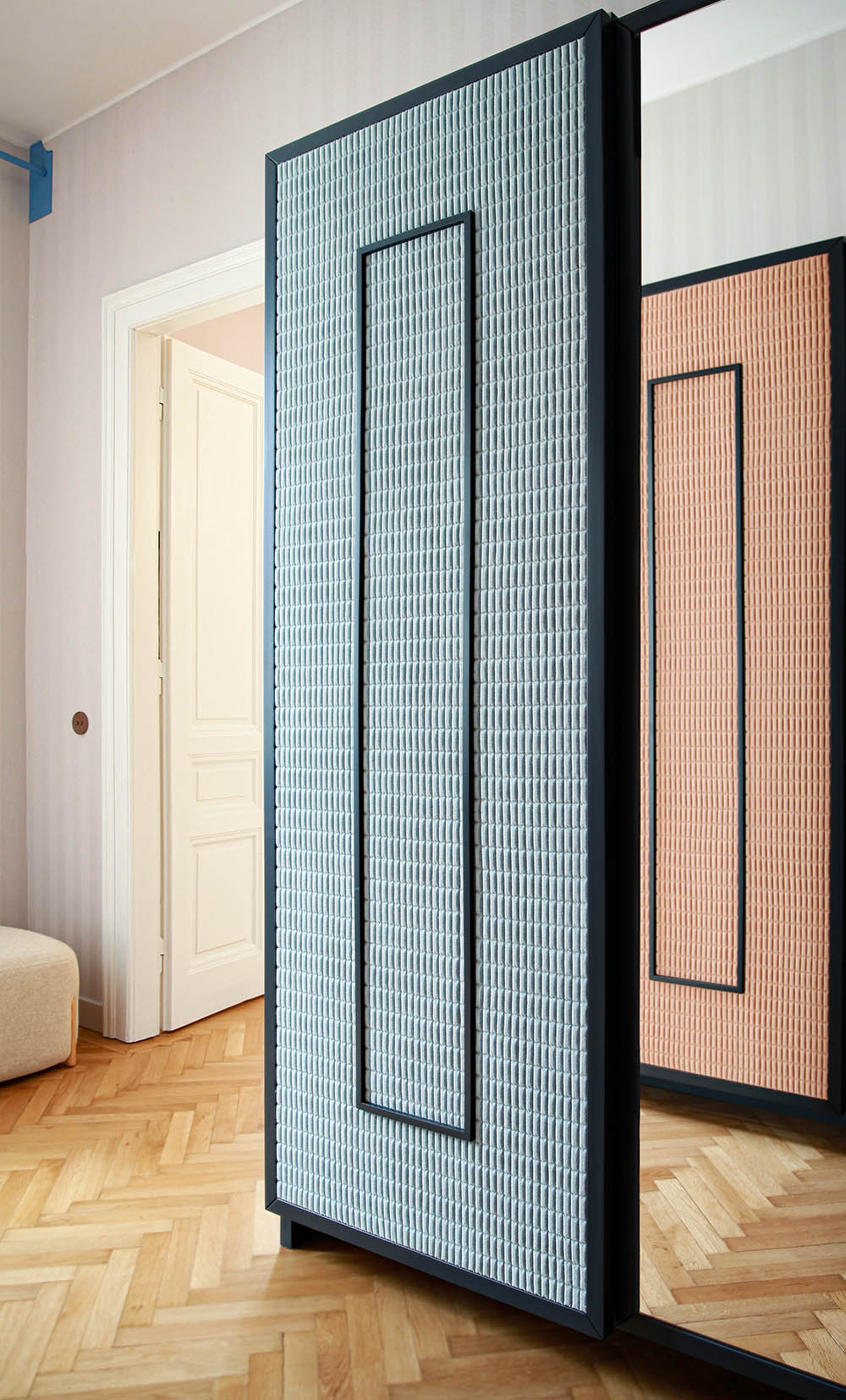 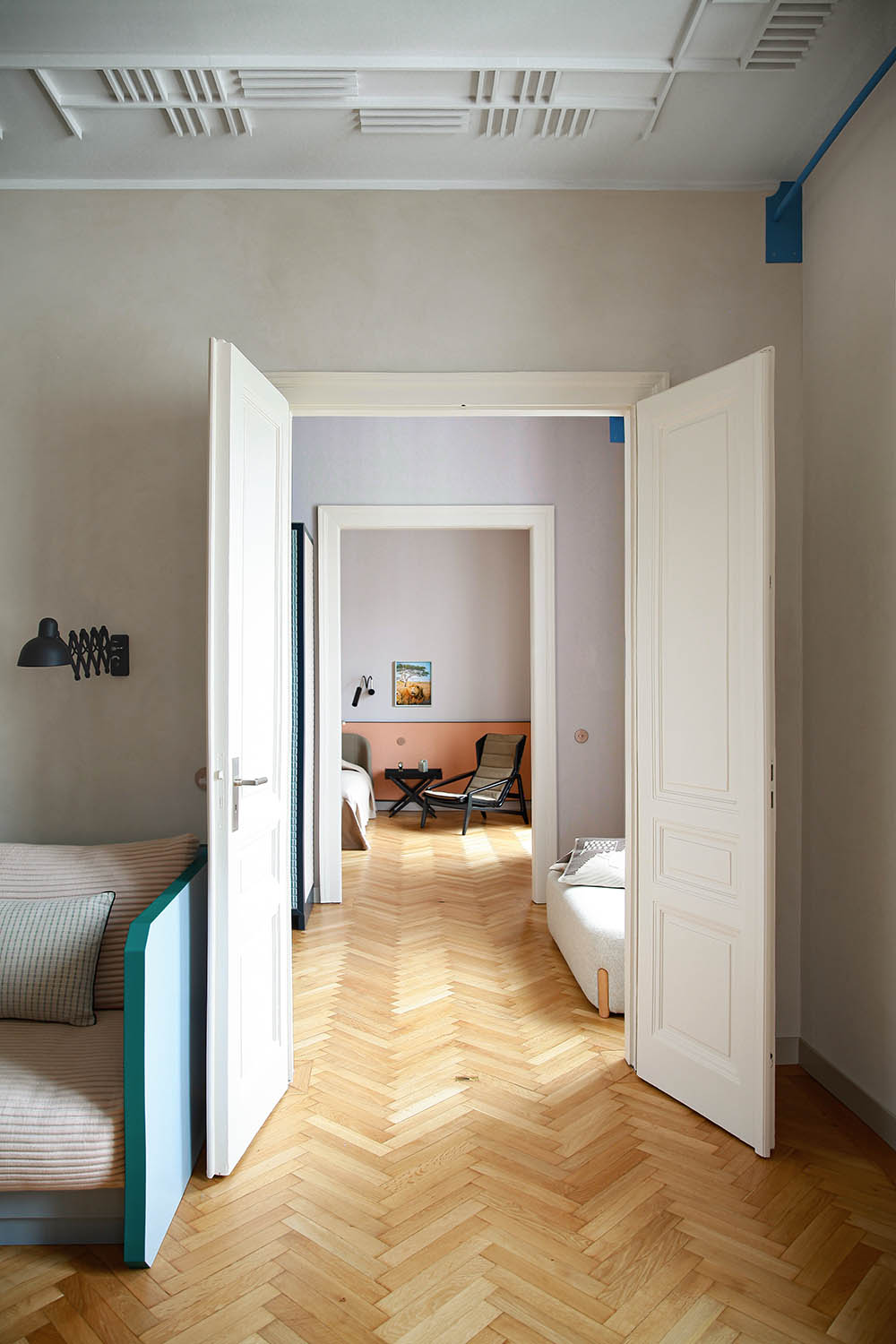 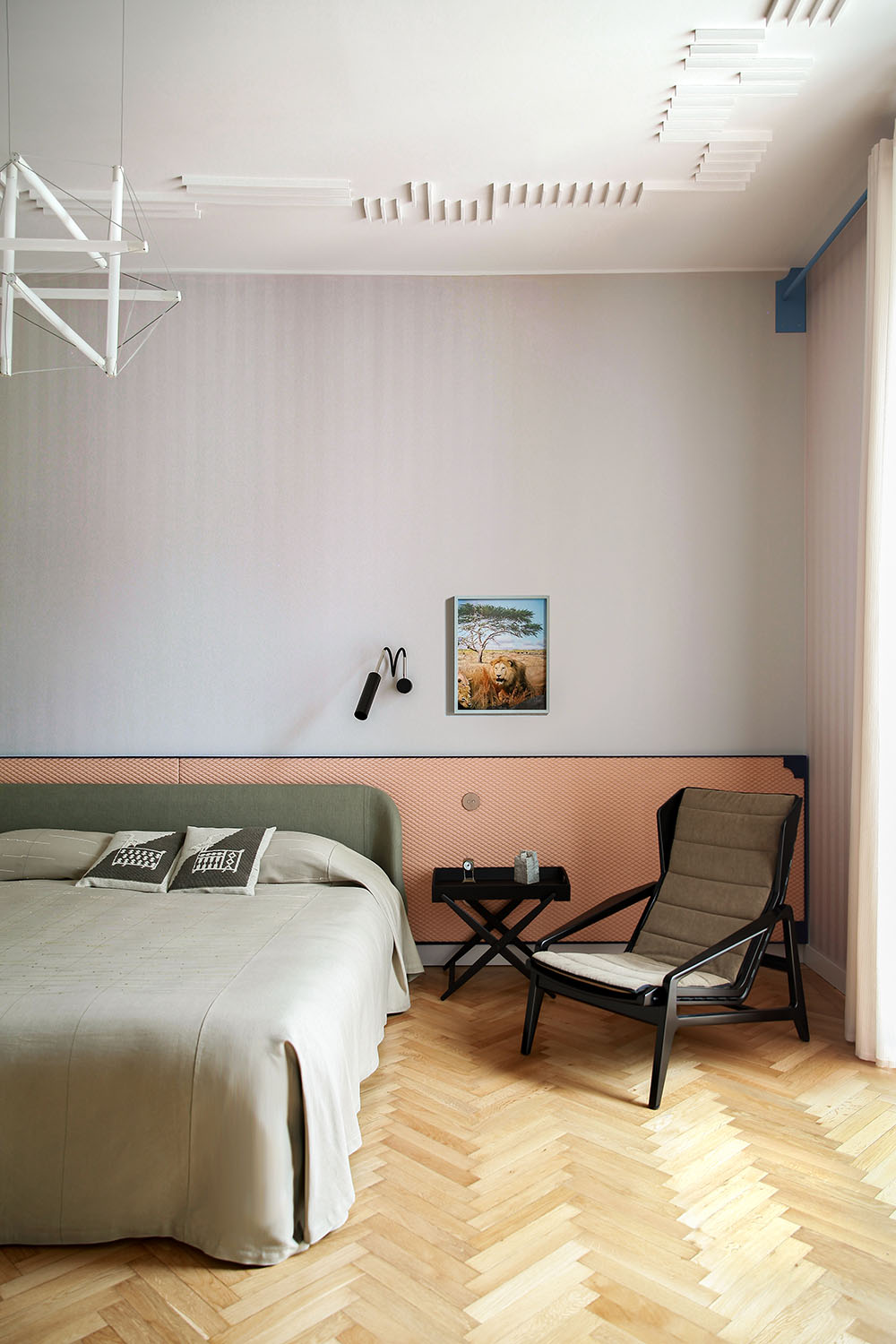 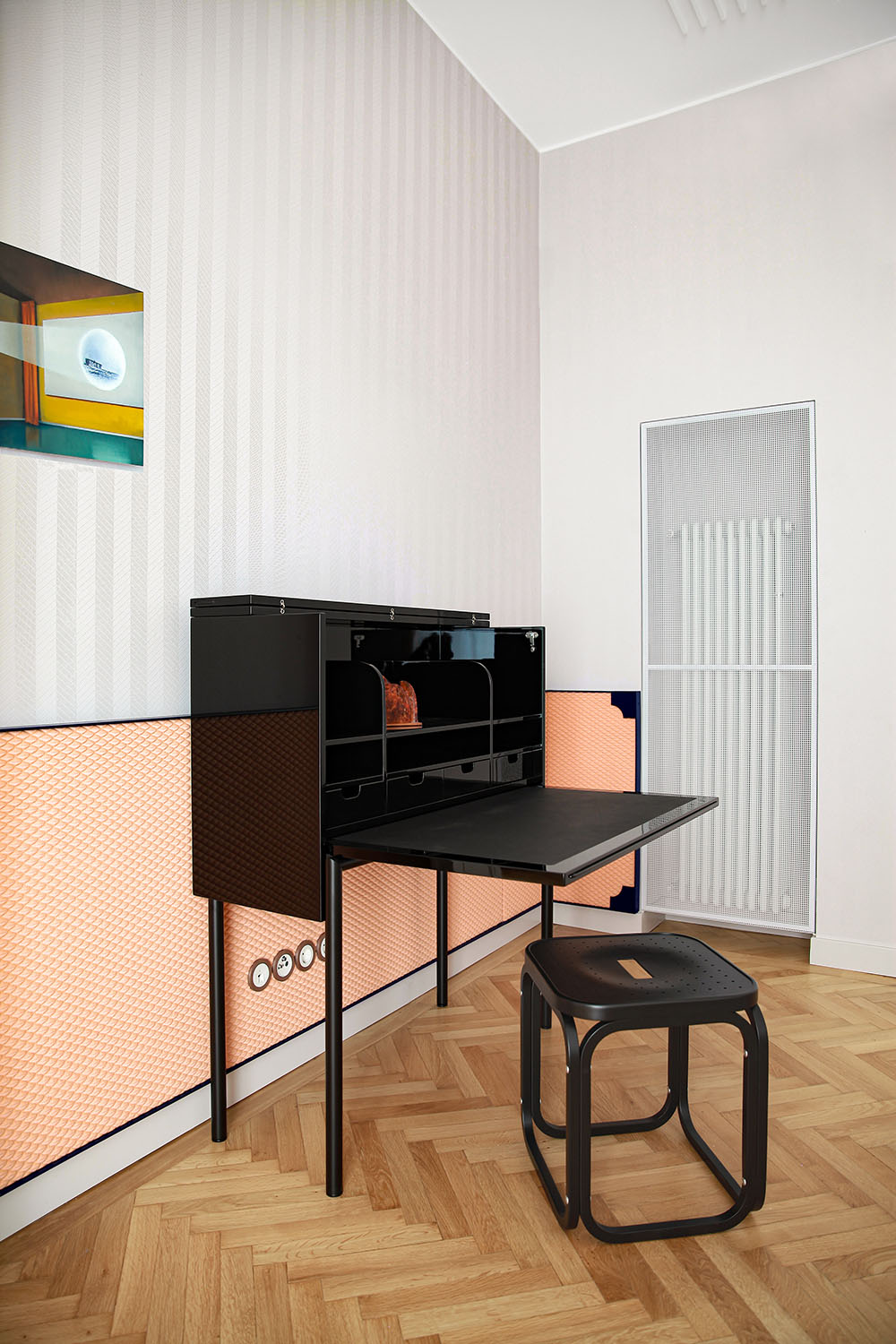 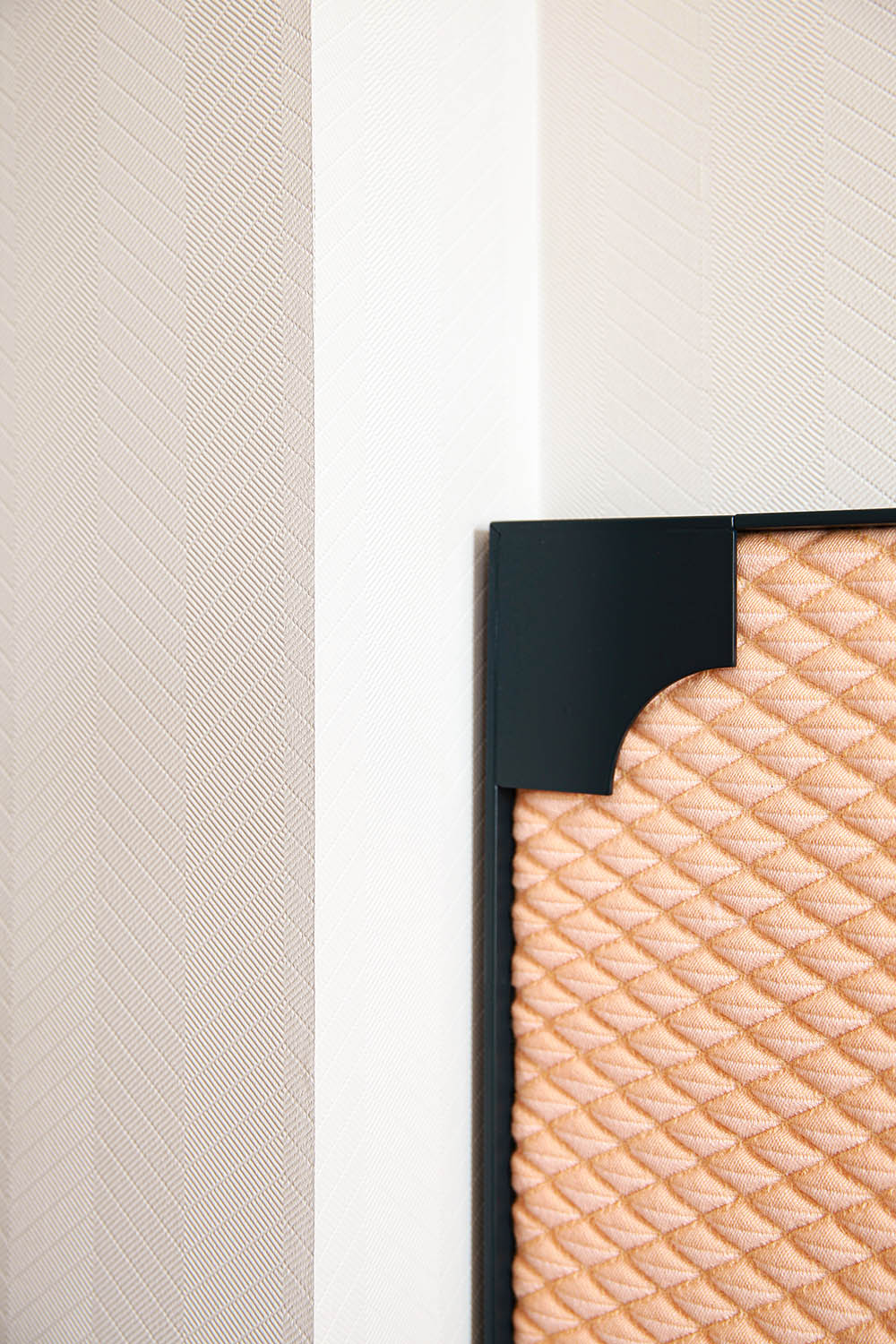 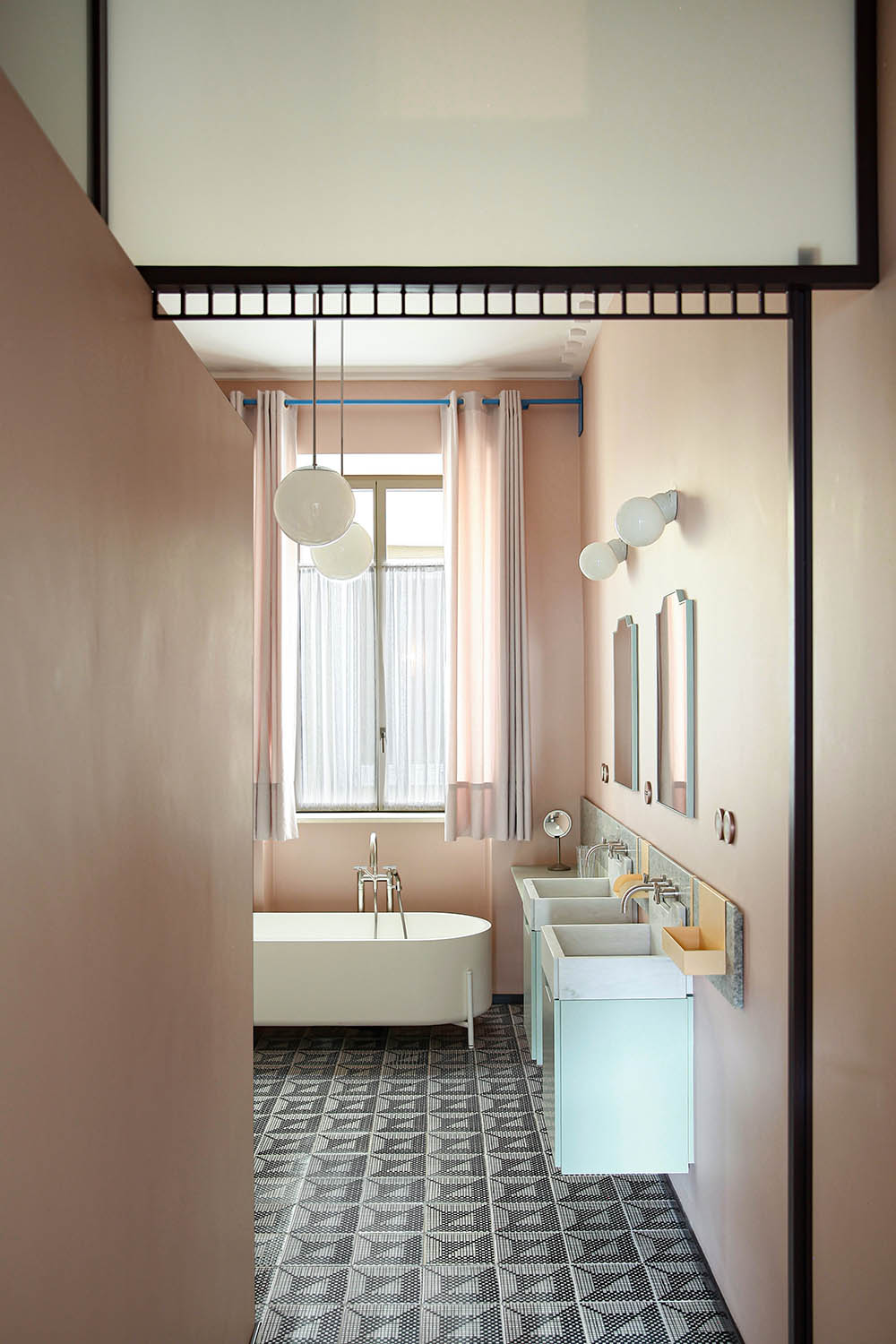 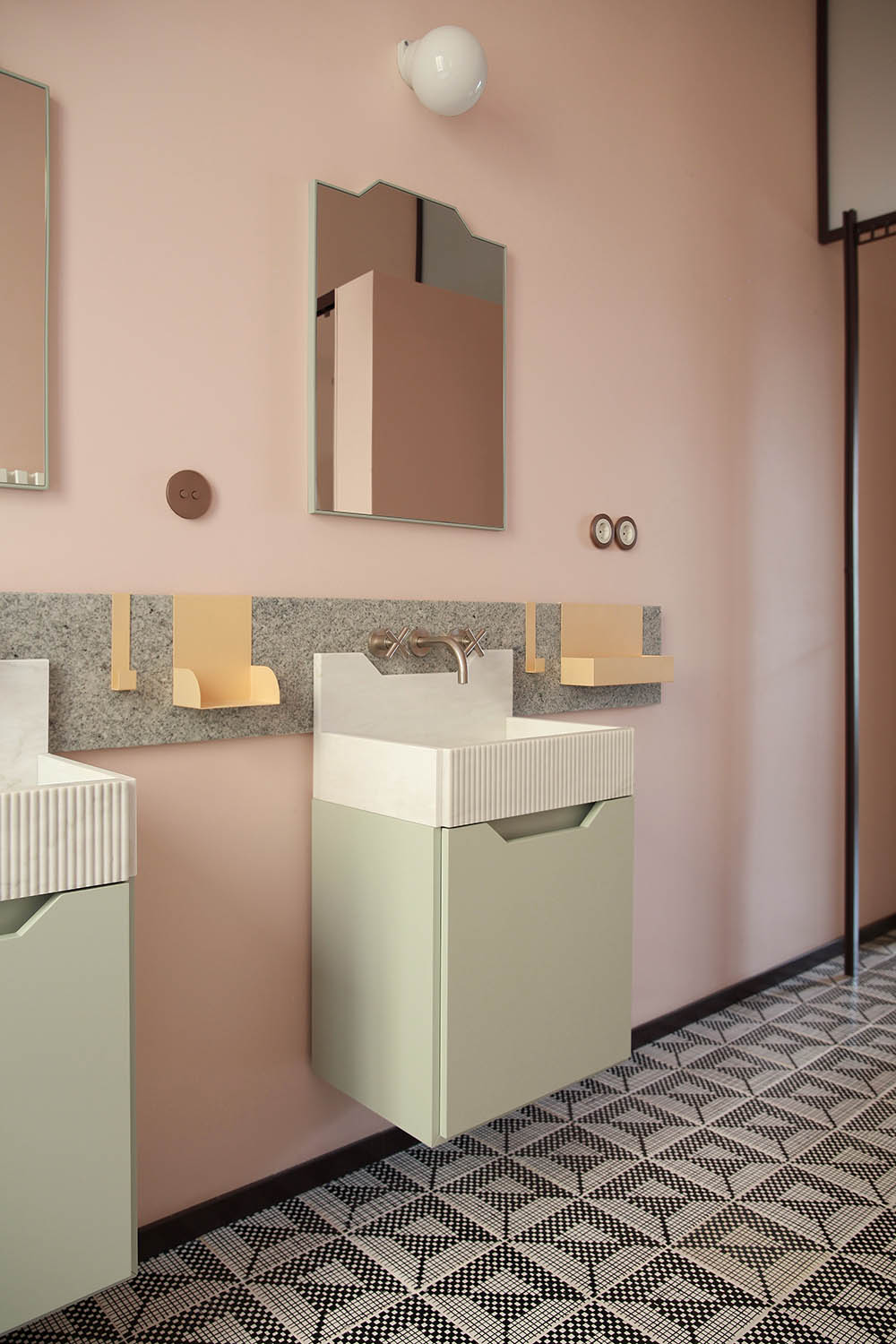 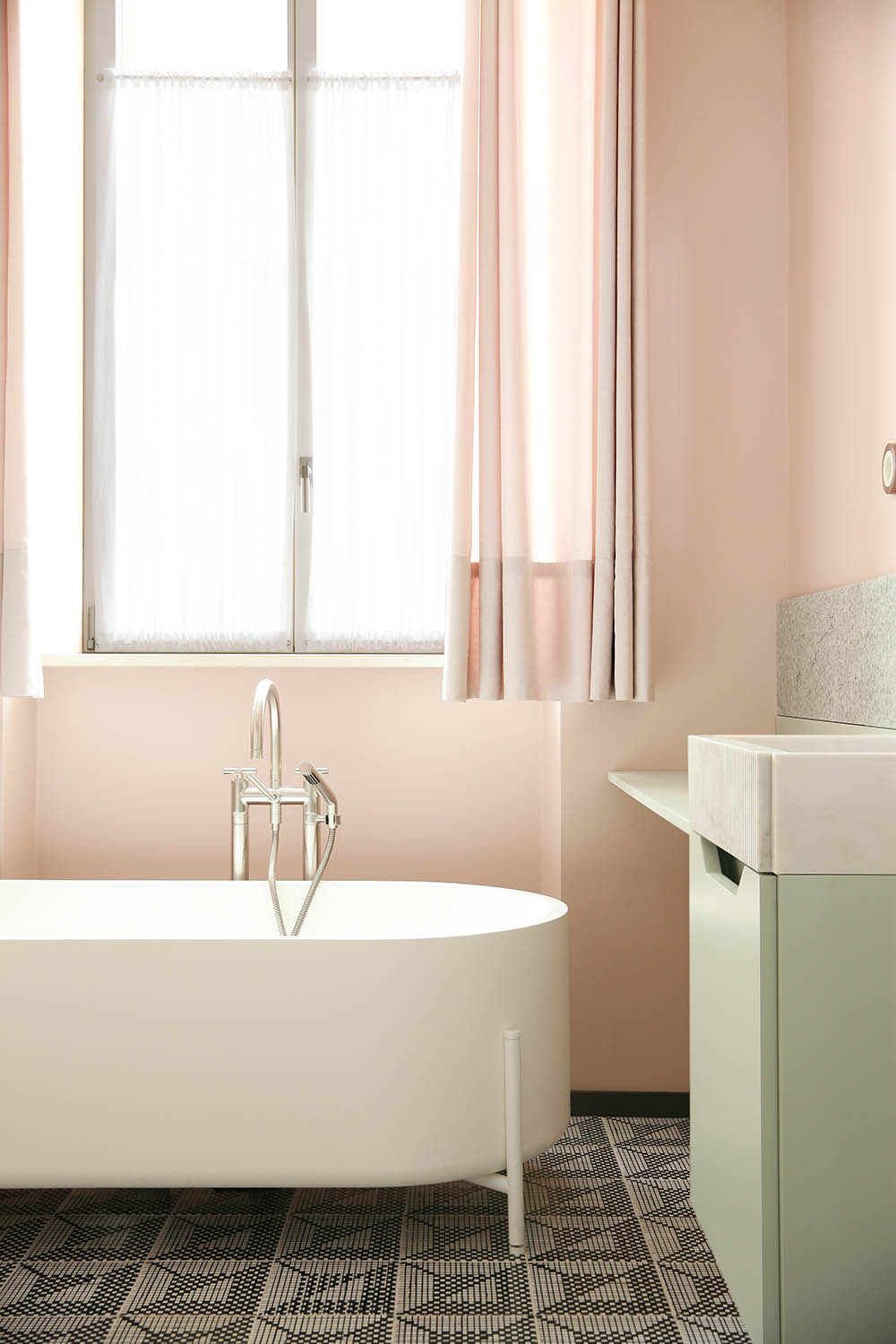 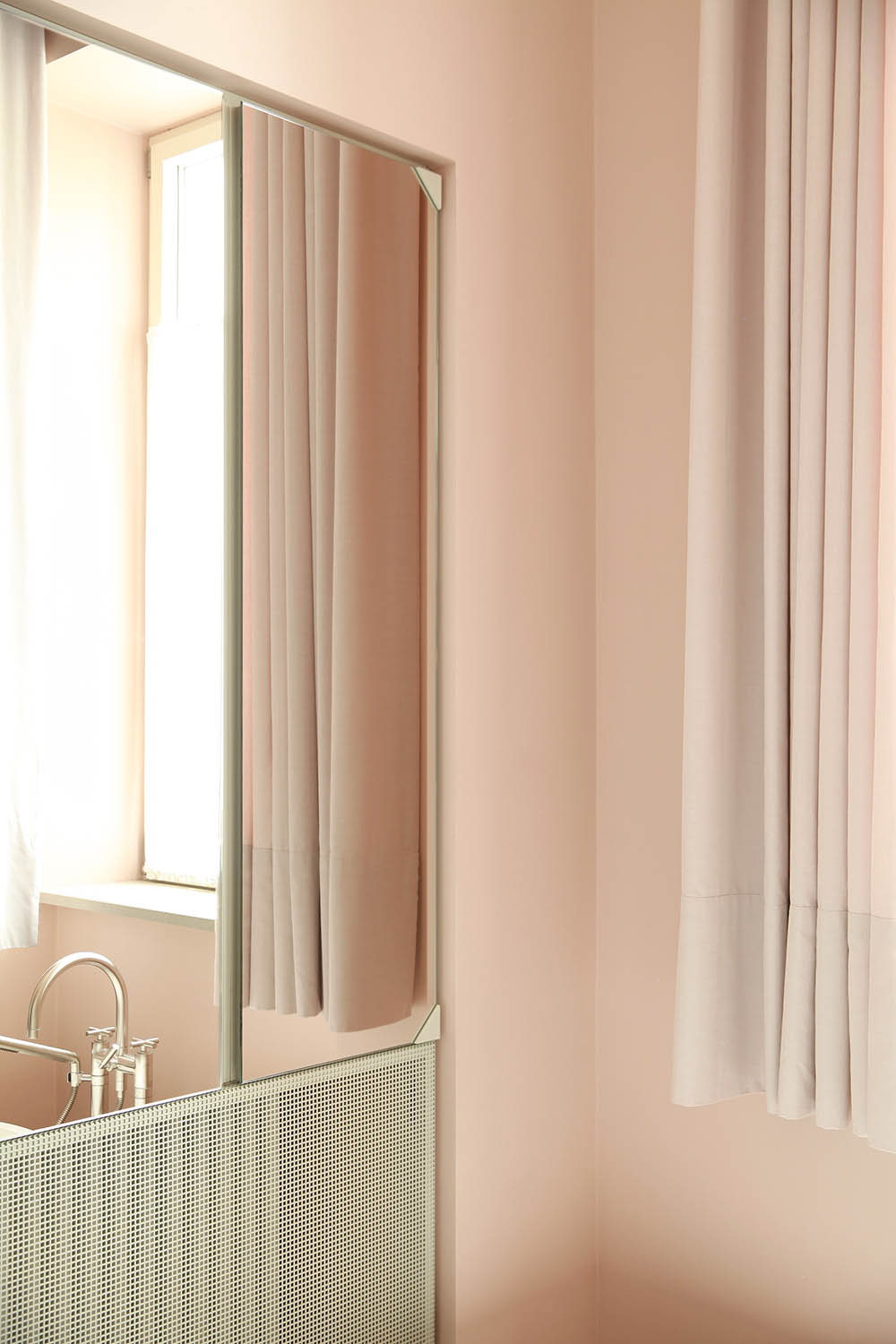 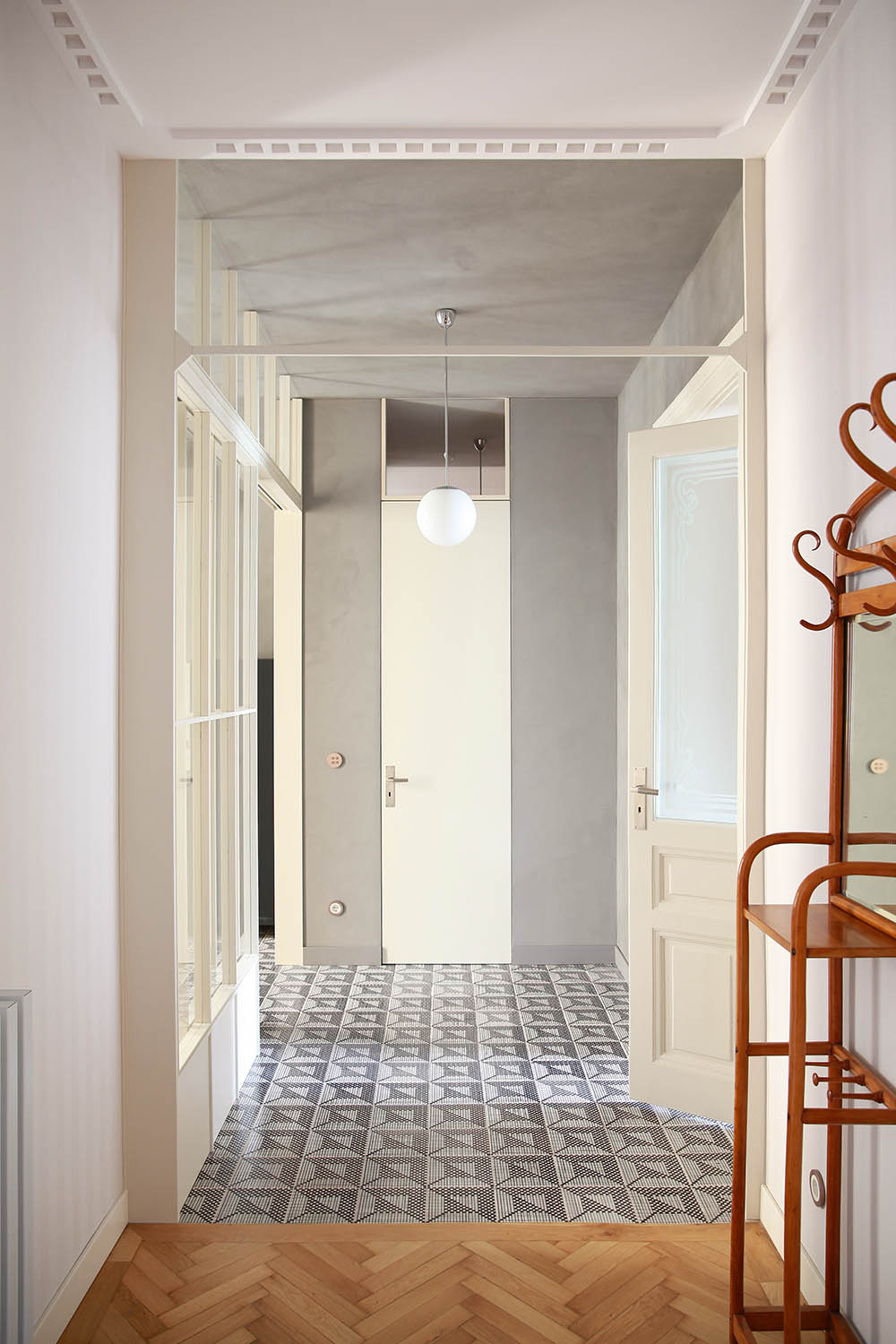 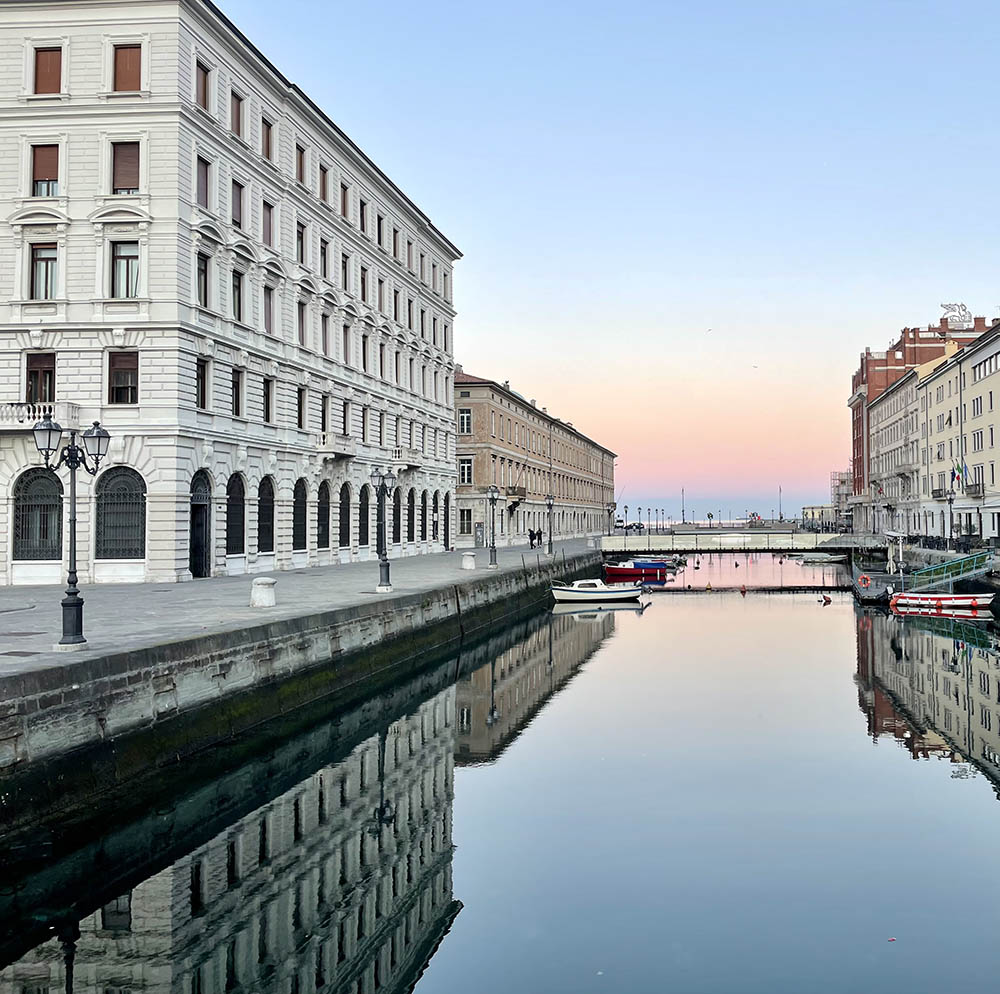 EXTRAORDINARY DAILY
By continuing to browse the site you are agreeing to our use of cookies.