A leading South-East Asia third-party manufacturer of underwear wanted the new corporate headquarters to be made on the twentieth floor of a new office tower block overlooking Hong Kong bay. The plan takes up an overall 2,000 sqm surface; it includes an 800 sqm reception area giving access to board, meeting and show rooms in the nature of enclosed rooms, as well as a 1,200 open space where a design development department is hosted. A shared café area links these two portions of the building and contributes to the overall unity effect.

The starting concept puts a new focus on the way the big corporations operating in South-East Asia but at the same time possessing a global scope want their headquarters to be seen by the public eye, beyond traditional, stereotyped appearance. A design pattern deconstructing the usual myth was sought for, which would as much let the company’s double identity – the European and the Asian ones – as the double-sided nature of the spaces emerge clearly: the male universe of the business centre embodied by the building and its equipment (well represented by the existing aluminium false ceiling that cannot be removed) and the company’s mission addressing the brassiere, or more commonly bra, a garment that has become an icon of modern refined sophisticated womanhood.

Thus the inner atmospheres, the materials used as well as the furniture all reveal lightness and brightness much in the North-European style, especially in the white surfaces and the light-coloured wooden floor.

On this backdrop one can perceive subtle, sometimes a bit elusive suggestions, just as delicate but also complex as the company’s products are: they peer through window panes that remind the onlooker of white laces, or cabinets and sample archives coated with printed patterns laminated cloth, or furniture that is at once light and remarkably imposing, made in Italy after UdA original design using linoleum surfaces and multilayer structures. The whole furniture range, from the reception desk to the cafeteria, to the boardrooms, reveals its constructive nature, a simple and at the same time precise aesthetics of surfaces and assembling methods – exactly like the feminine spirit in the world. 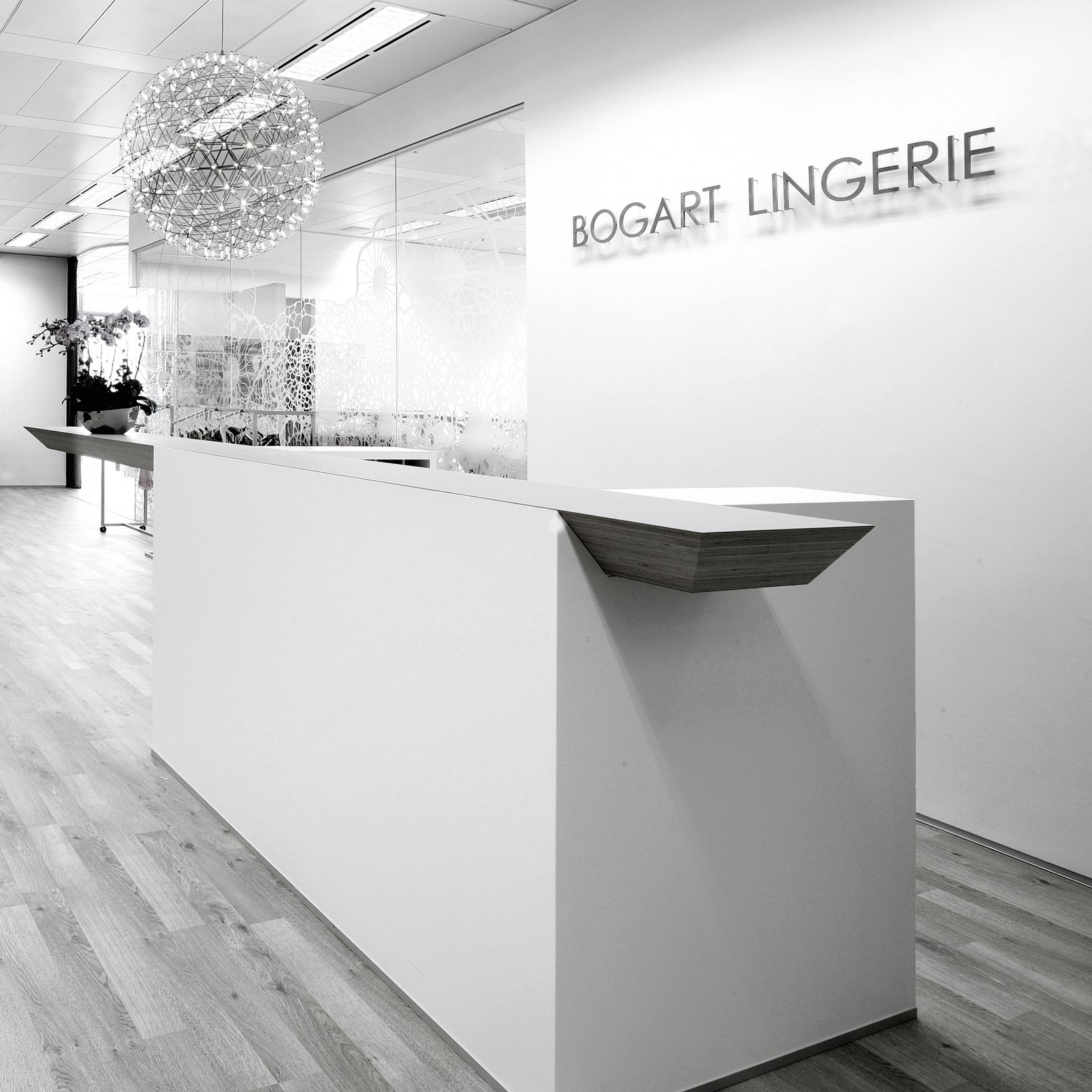 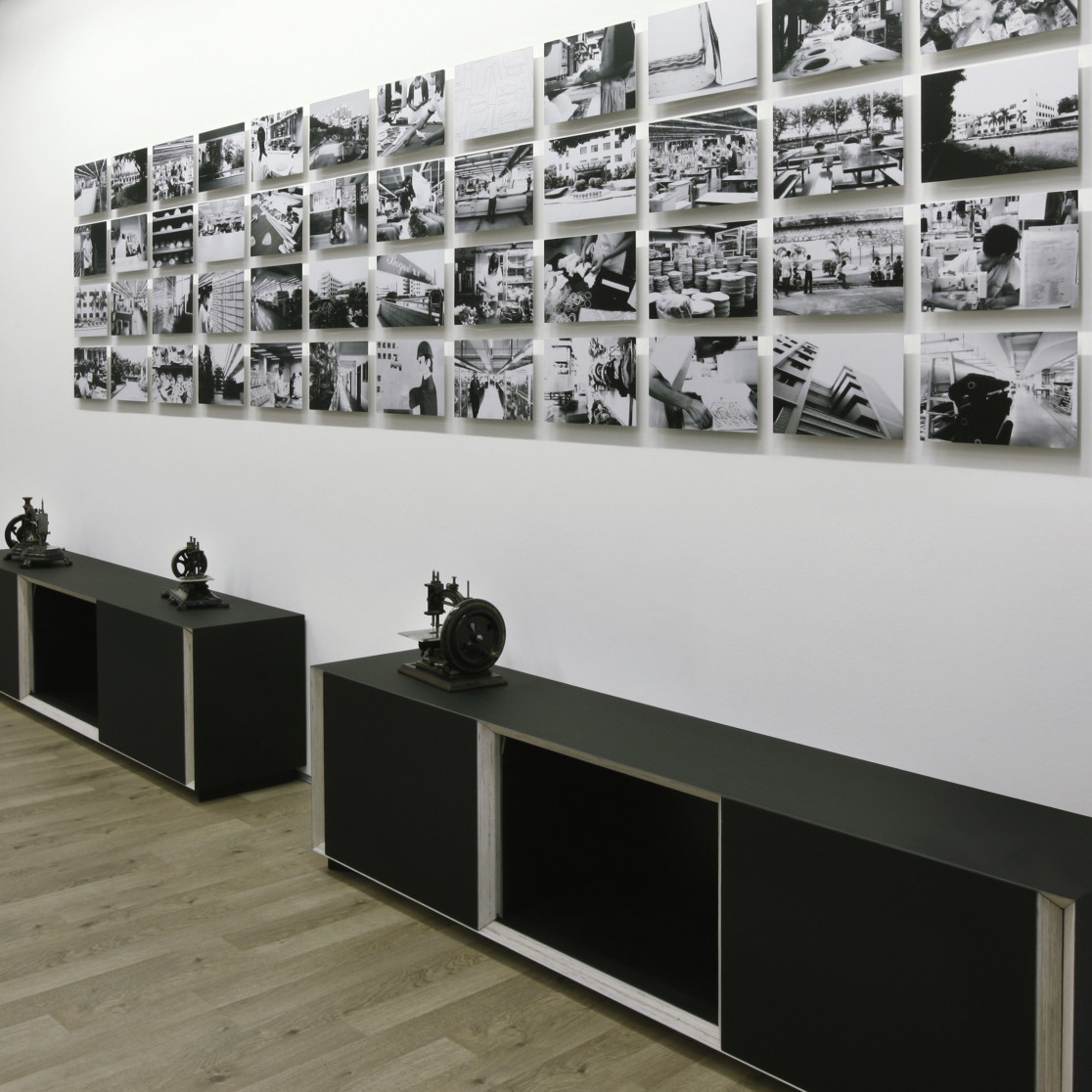 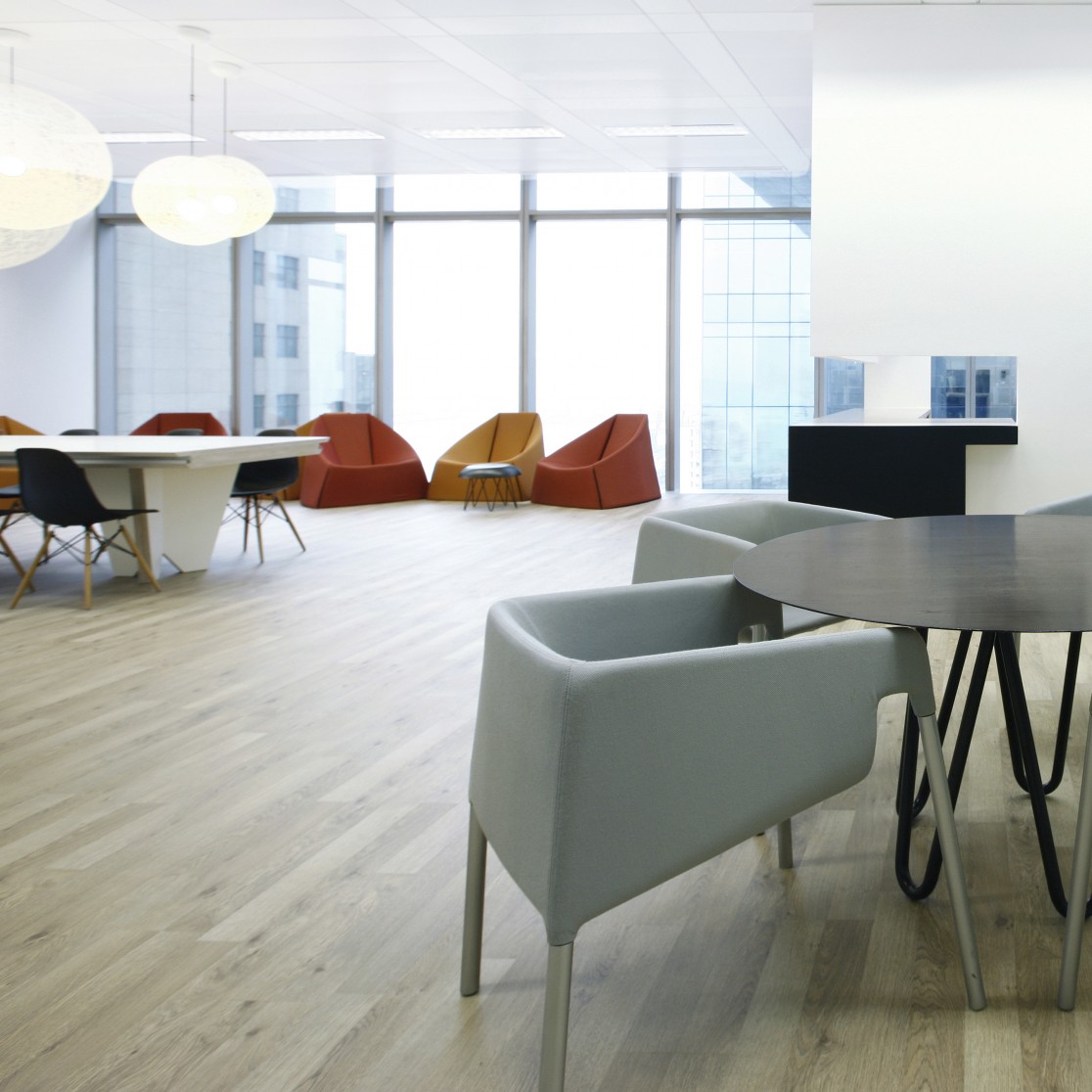 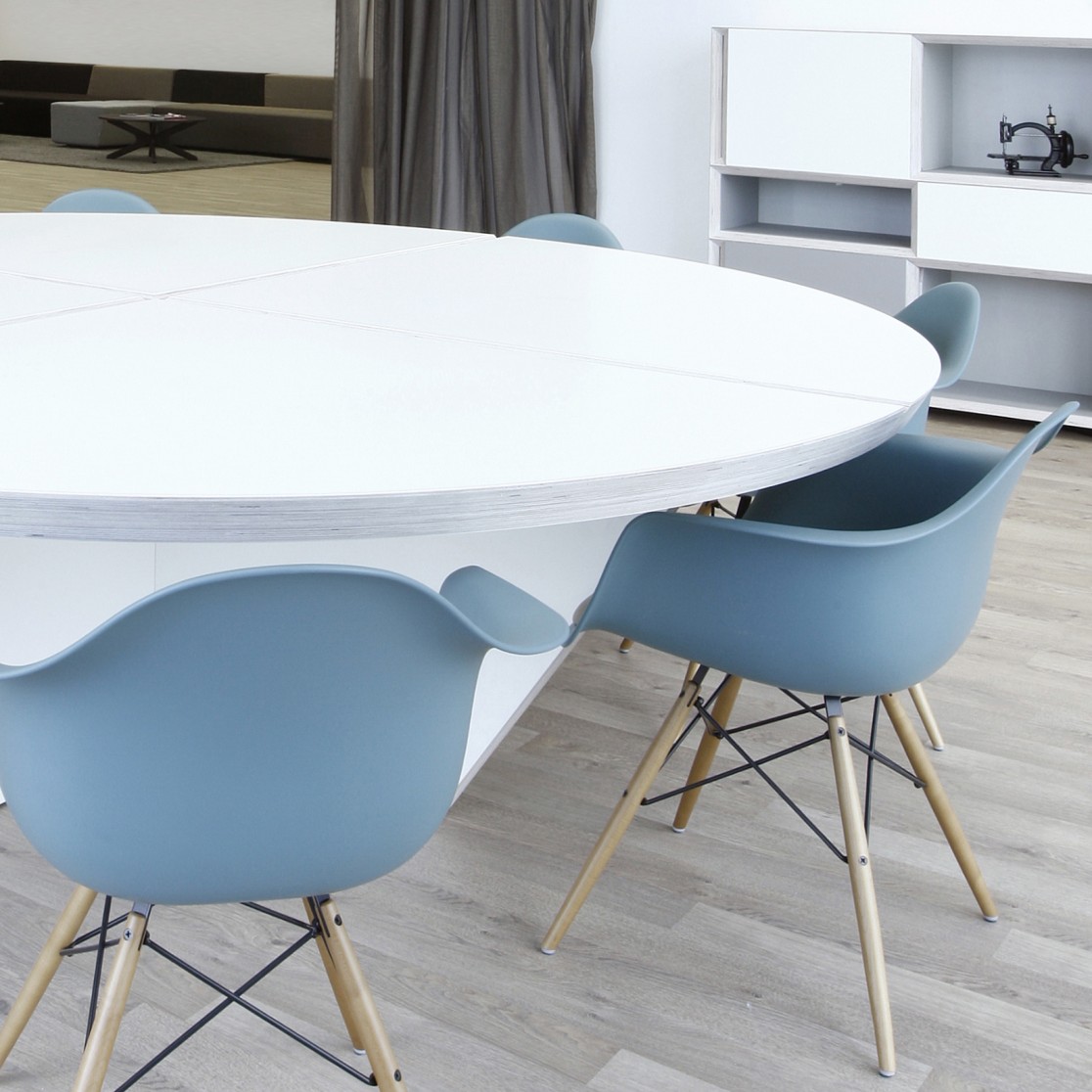 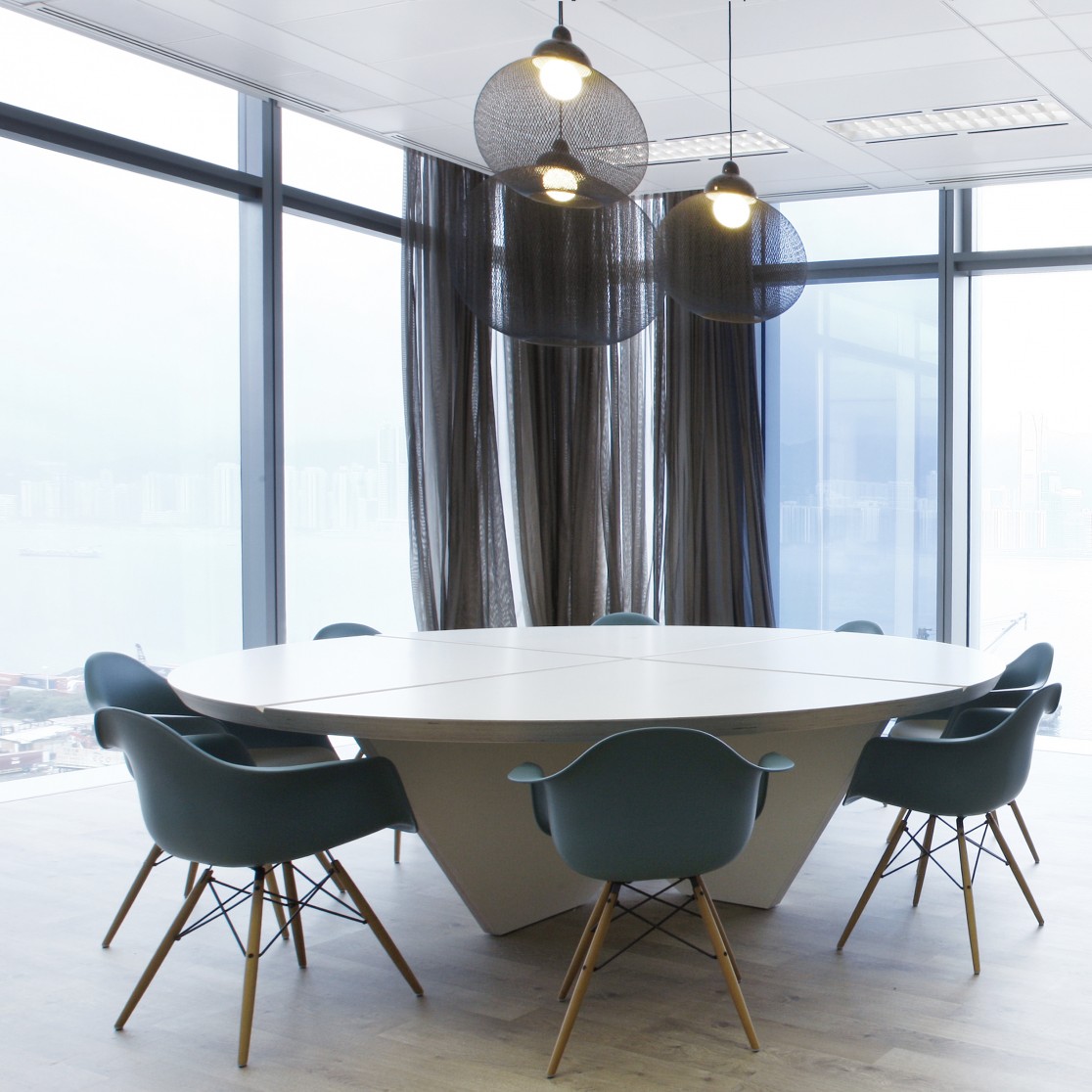 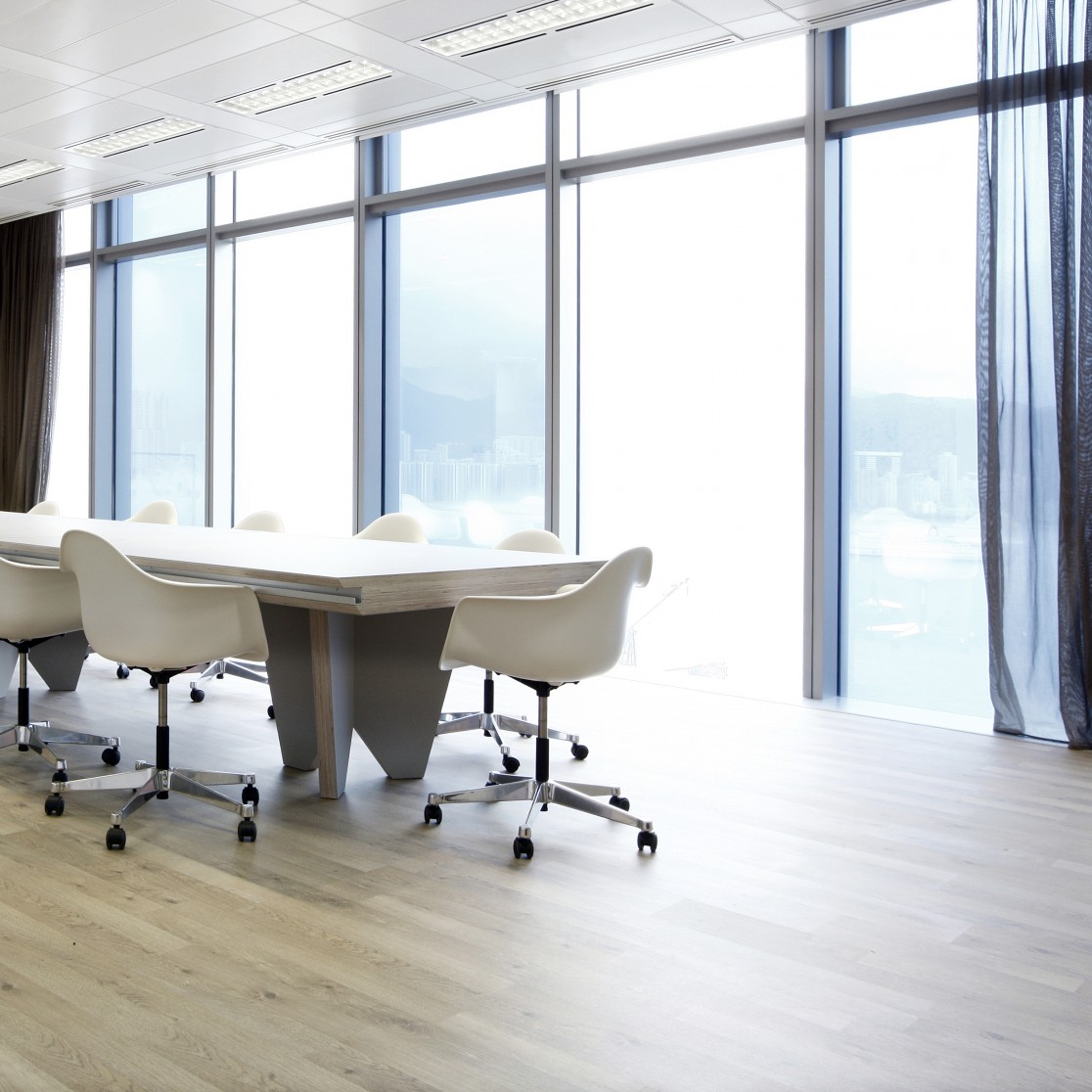 NOTARY OFFICE
By continuing to browse the site you are agreeing to our use of cookies.