A Calvinist essentiality that recalls diaphanous, diffuse, pervasive lights in sharp contrast black and white, and rigorous geometry where very little space is left indeterminate or uncertain. A seemingly scarce indulgence reminiscent of a more evident sensuality, immediate in the relationship between the body the occupation of the space, which finds expression by means of the geometric articulation of a sequence of containers; containing and contained. Inspired by the oriental sensibility for the “box” as a container full of instruments for the unfolding of human life and by the drawer holding the domestic objects which are the primary nucleus at the centre of the oriental domestic space, all the spaces are obtained from a sequence and superimposition of cupboards, containers and joinery that not only organise the functional aspects of life, but also contain it, forming bathrooms, bedrooms, kitchen and other living spaces in a sequence that is at once labyrinthine, yet clear and reassuring in its inexorable mechanism.

Even so, the container, modeled and modified by the highly worked material surface, recalls and alludes to the physical dimension of the human body and to a sensuality completely devoted to containing life; humour, affection. Tragic, sweet, sublime Virgin of Nuremberg, the porcupine’s quills removed in an innocuous representation of the domestic fort/castle in which we come back to believing ourselves the masters of our own lives, in a perennial oscillation between intimate introversion and public exposure to the light, to relationships, to chance encounters, here represented by the expansive, fully-glazed living room and entrance.

Following the game of the Chinese boxes placed one inside the other, one can imagine a suburb that contains a building that contains an apartment; rooms, furniture and objects – or in a metaphorical sense a story that contains another. Certainly a change of scale from the large to the small in which the thing that changes is the dimension and not the value or importance of the various boxes. Stories that proceed at times following the line of reason, at times in opposition – rational, orthogonal volumes that are at odds with furniture with inclined planes, curved and asymmetrical fitting. Metallic laser-cut surfaces set against hand-lacquered woods, graphic colours (black and white) against red and ochre in a continuous succession of light and shade, of finished versus crude, of low versus high, and of the playful versus the serious to give body to a story that contains, from passage to passage, from chapter to chapter, rigour and incoherence, calculation and improvisation, method and paradox. 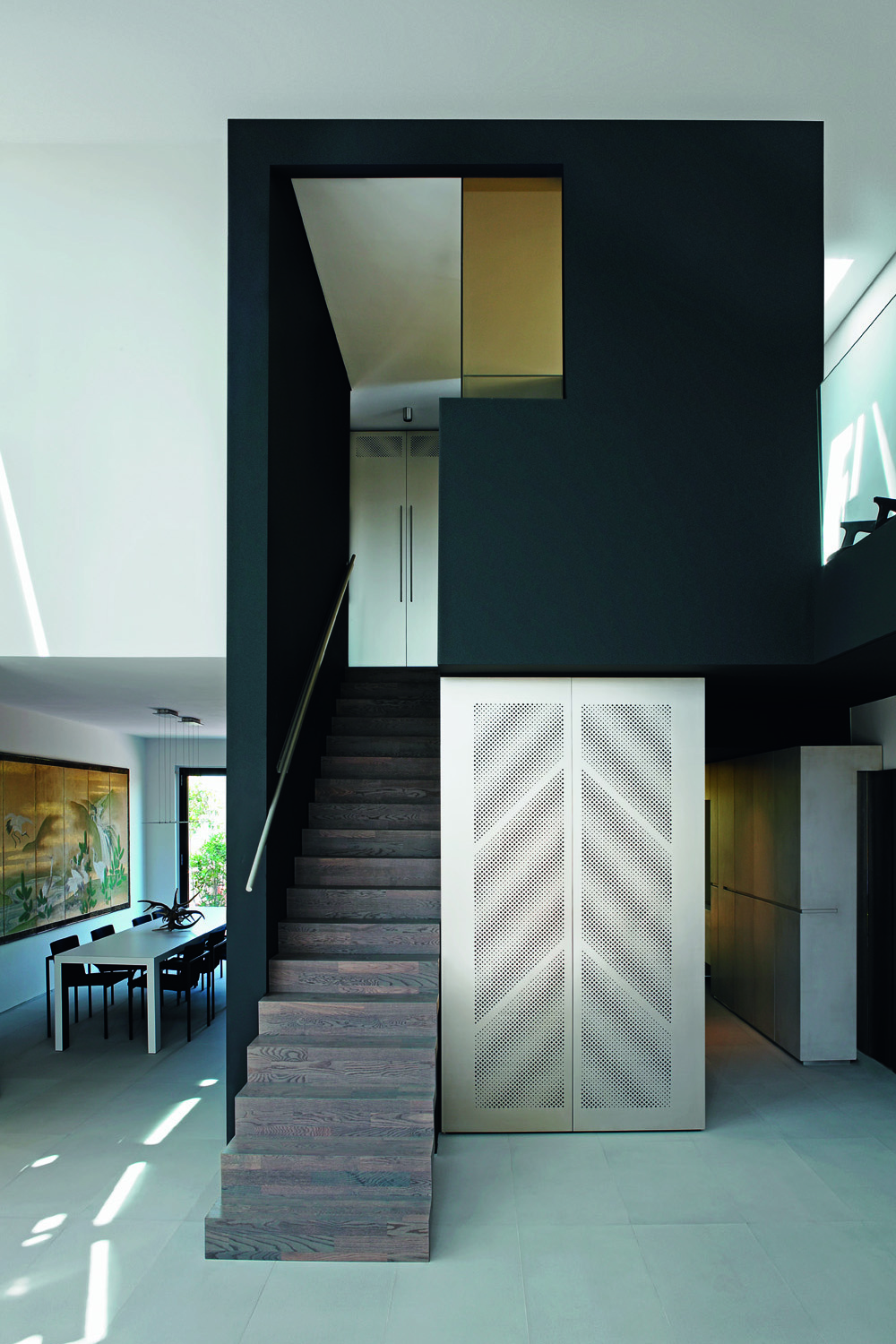 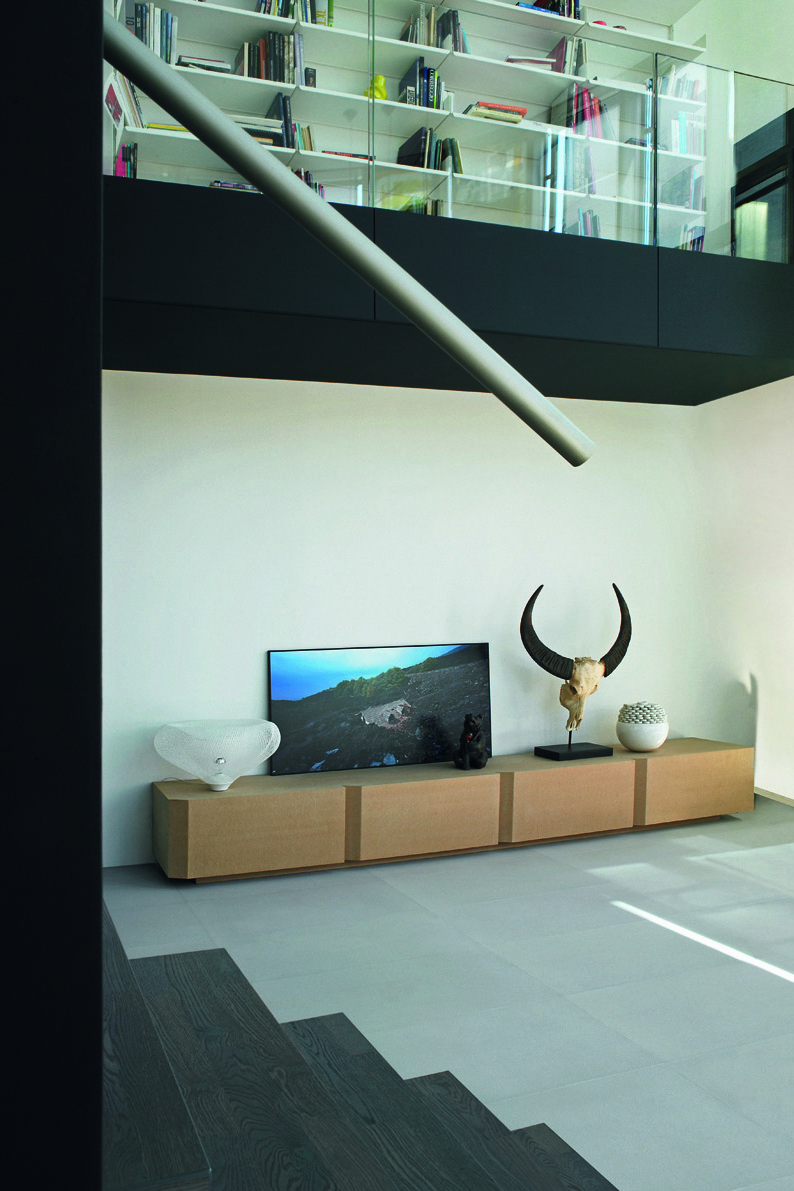 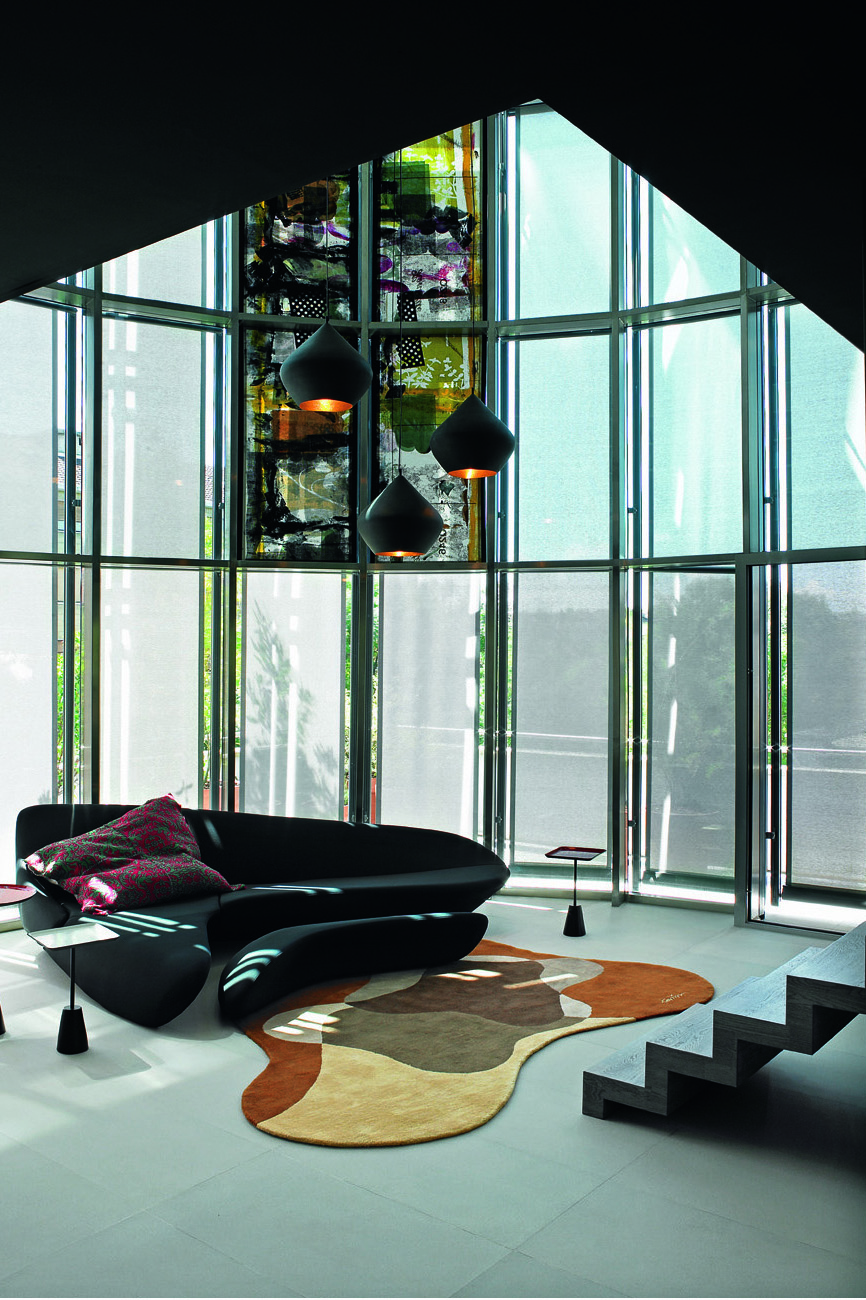 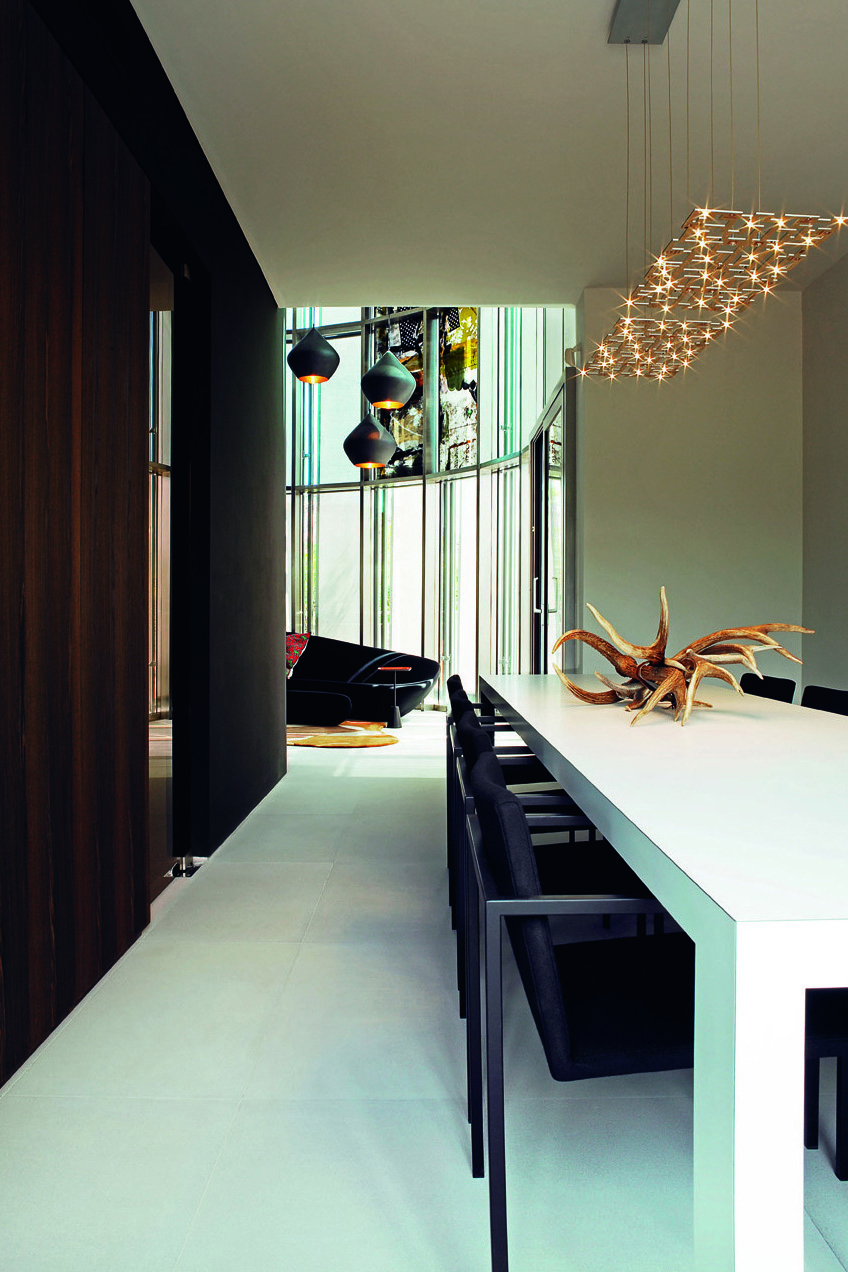 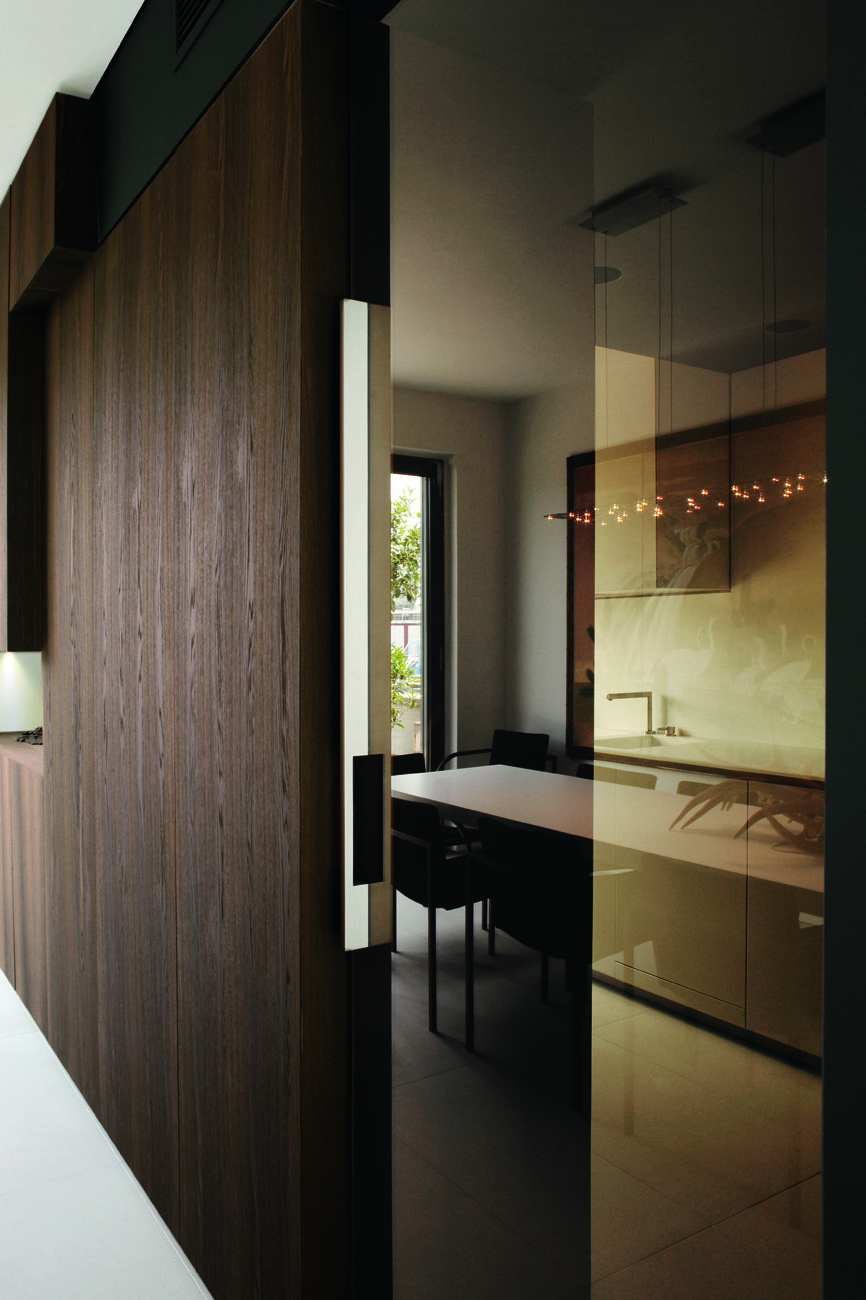 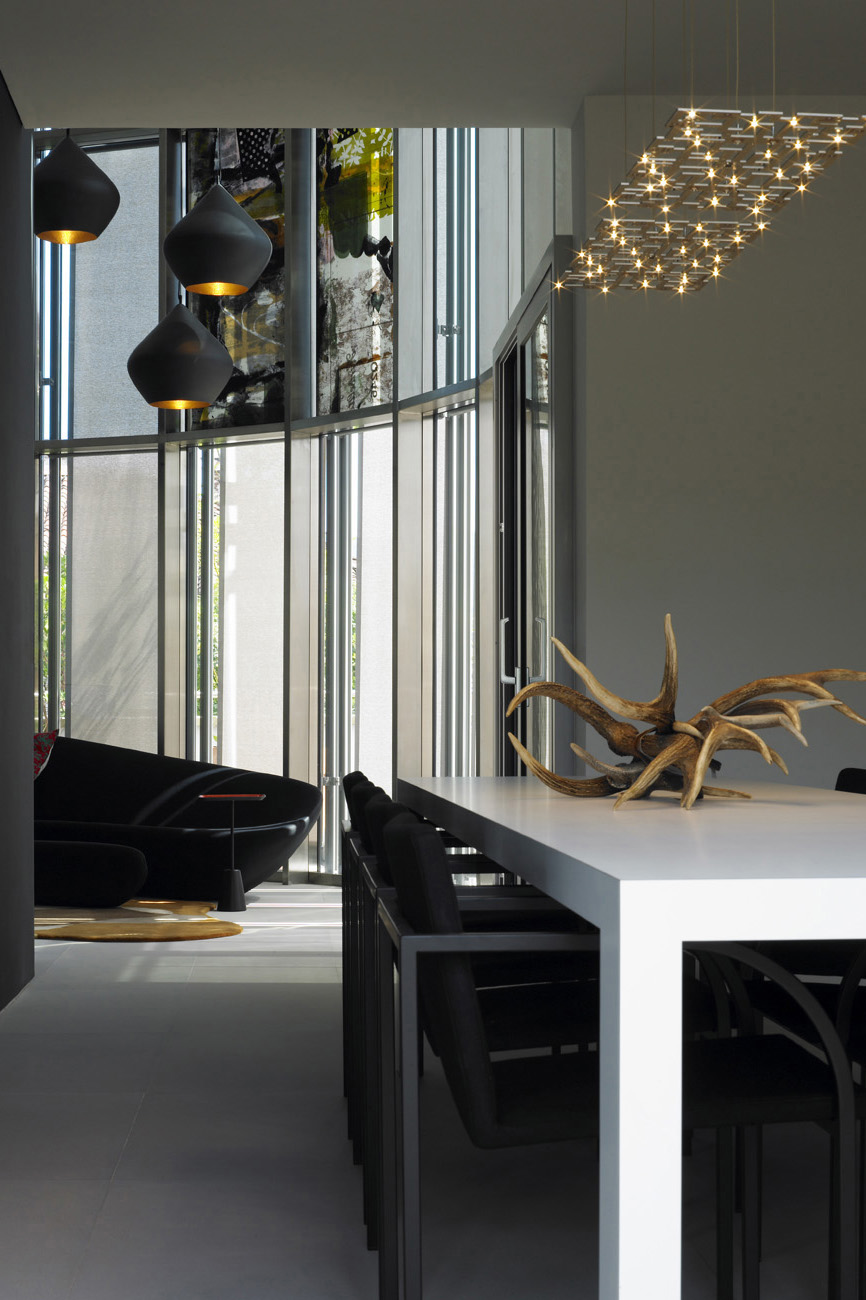 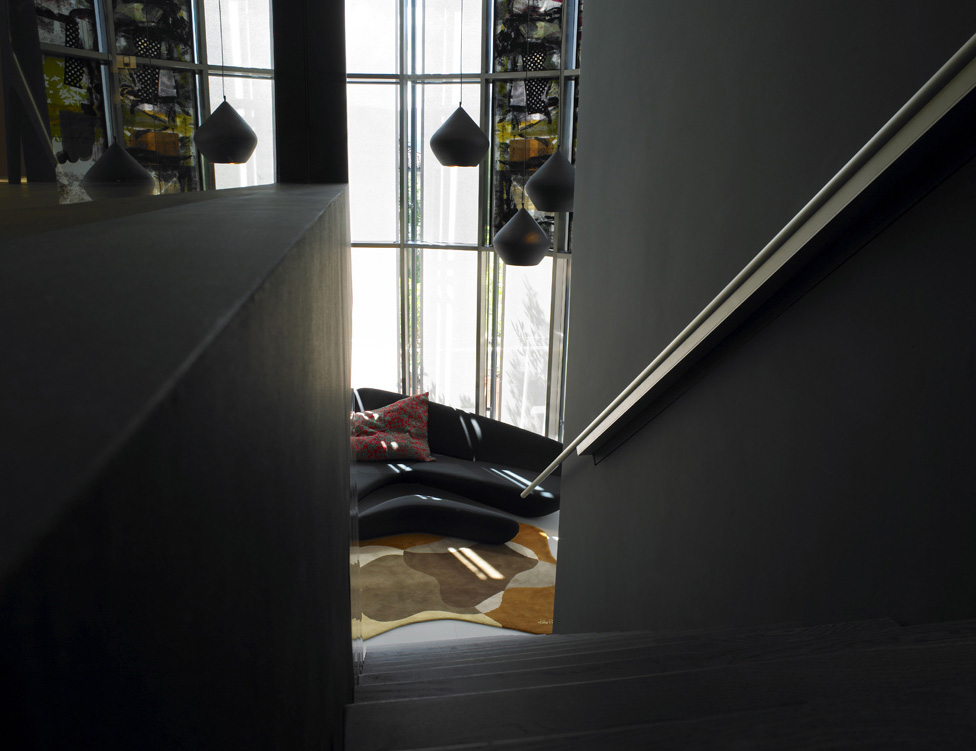 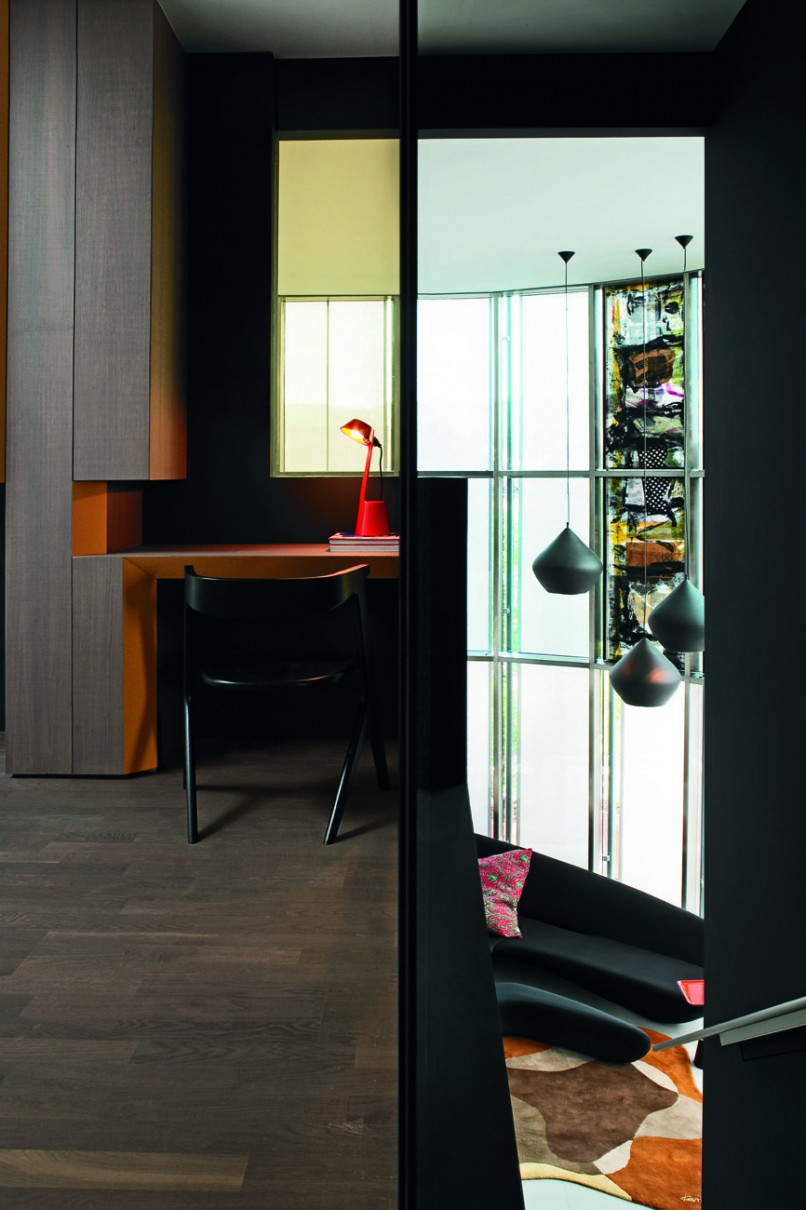 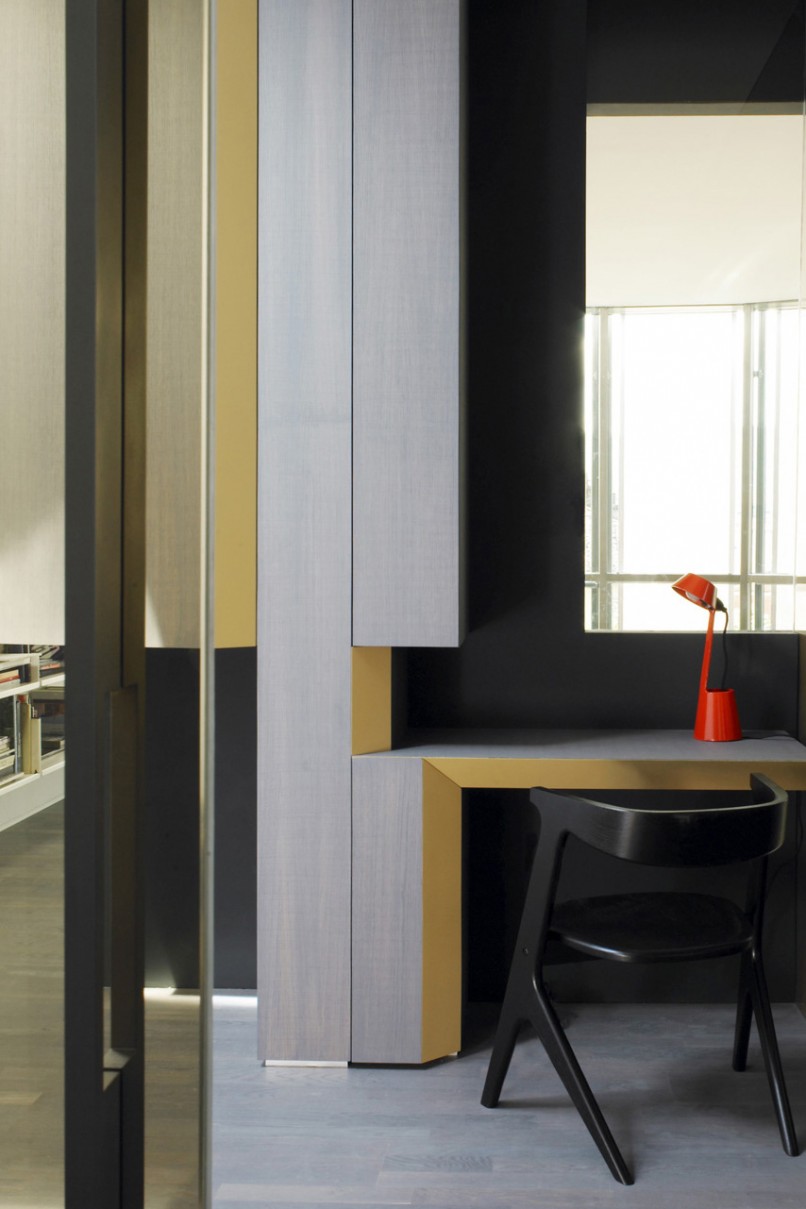 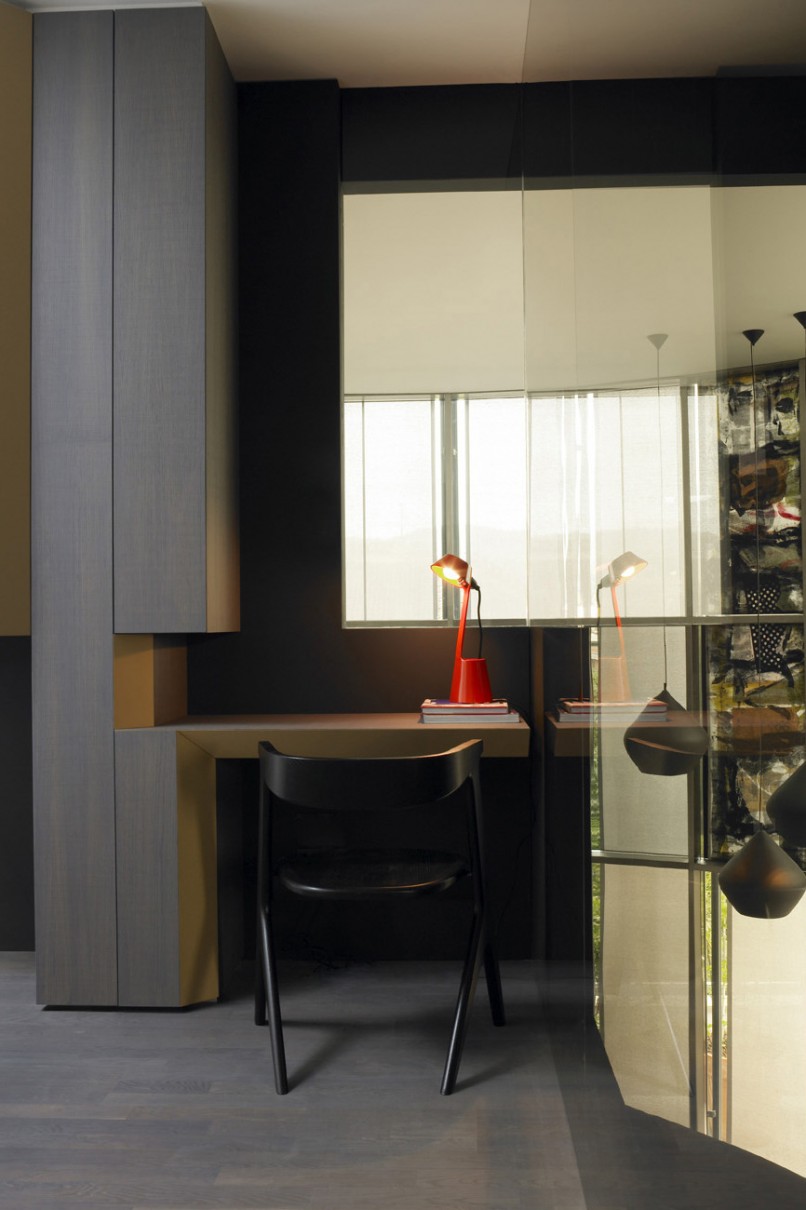 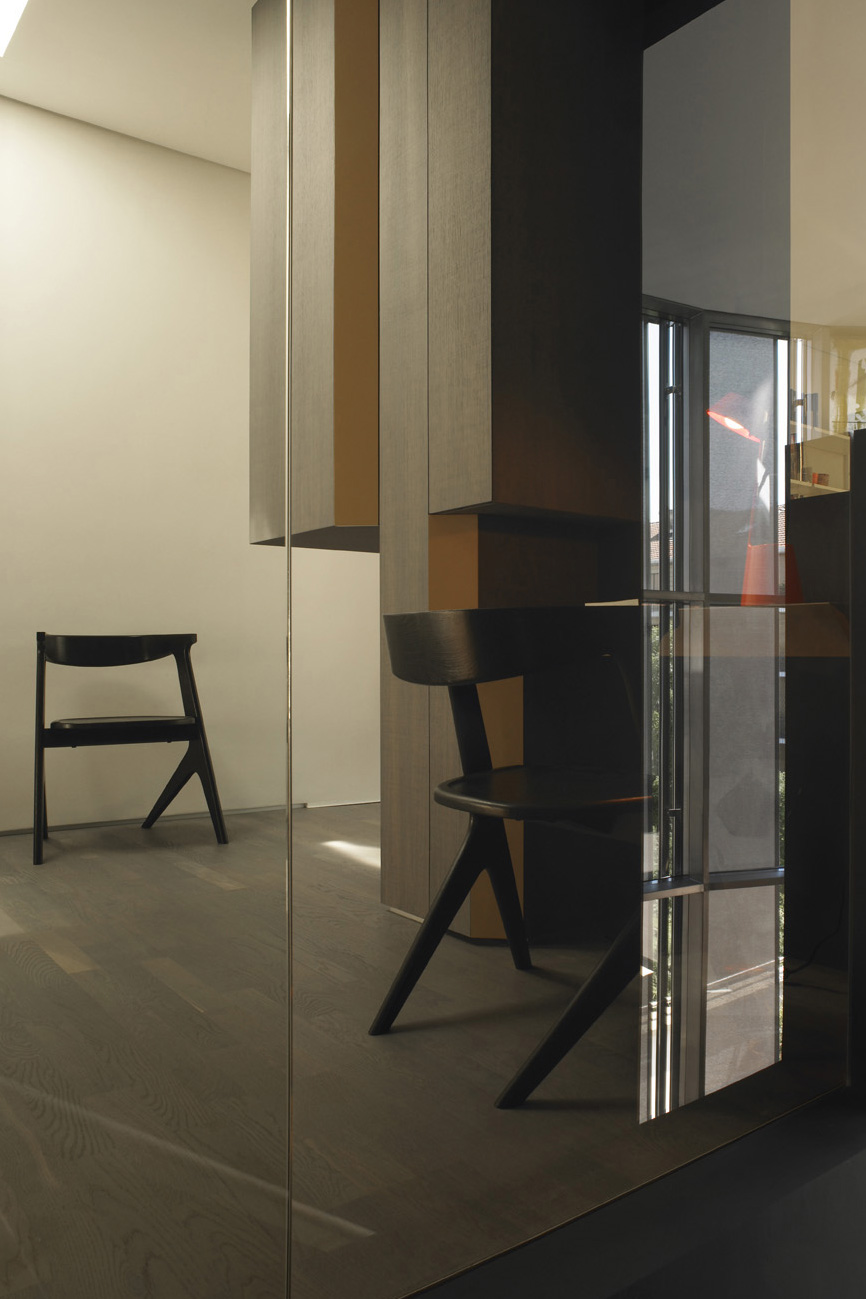 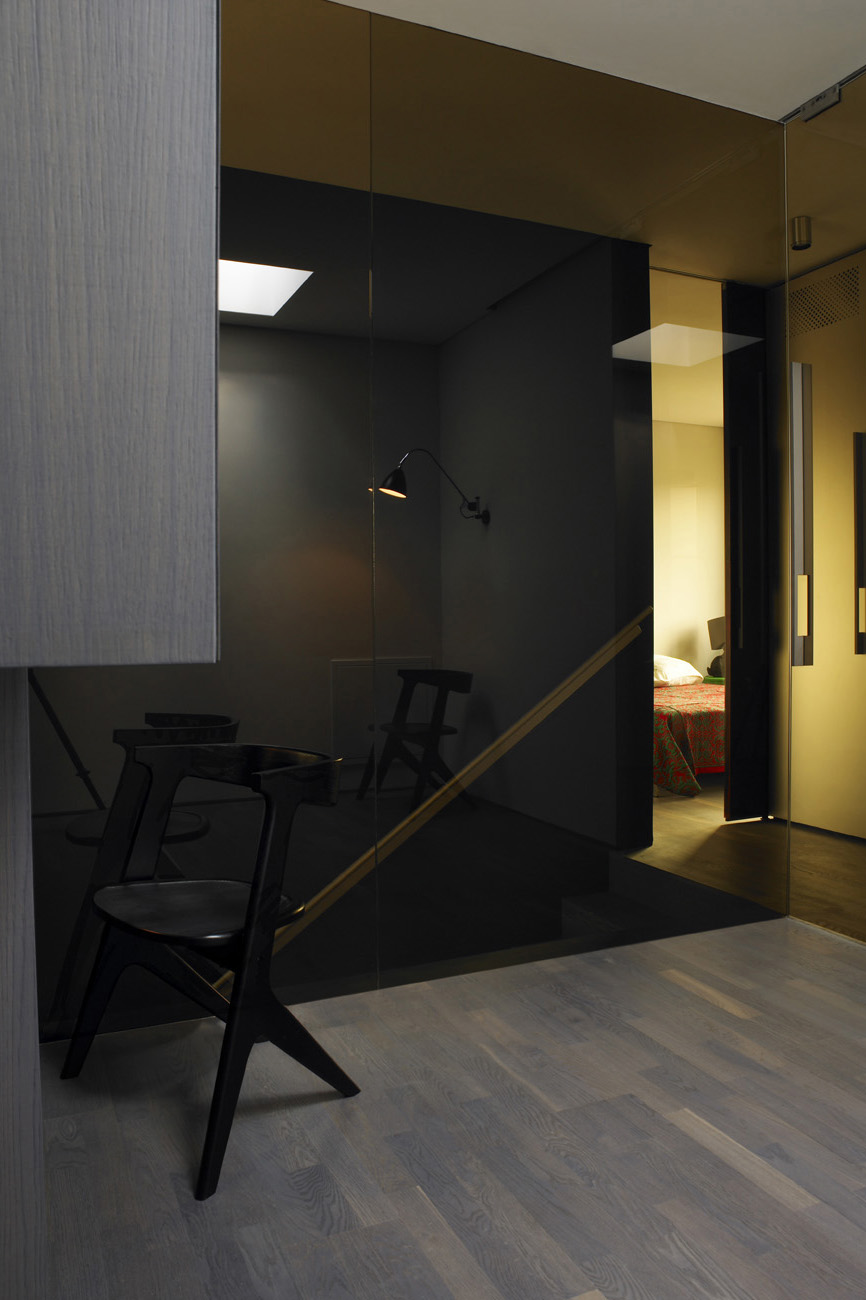 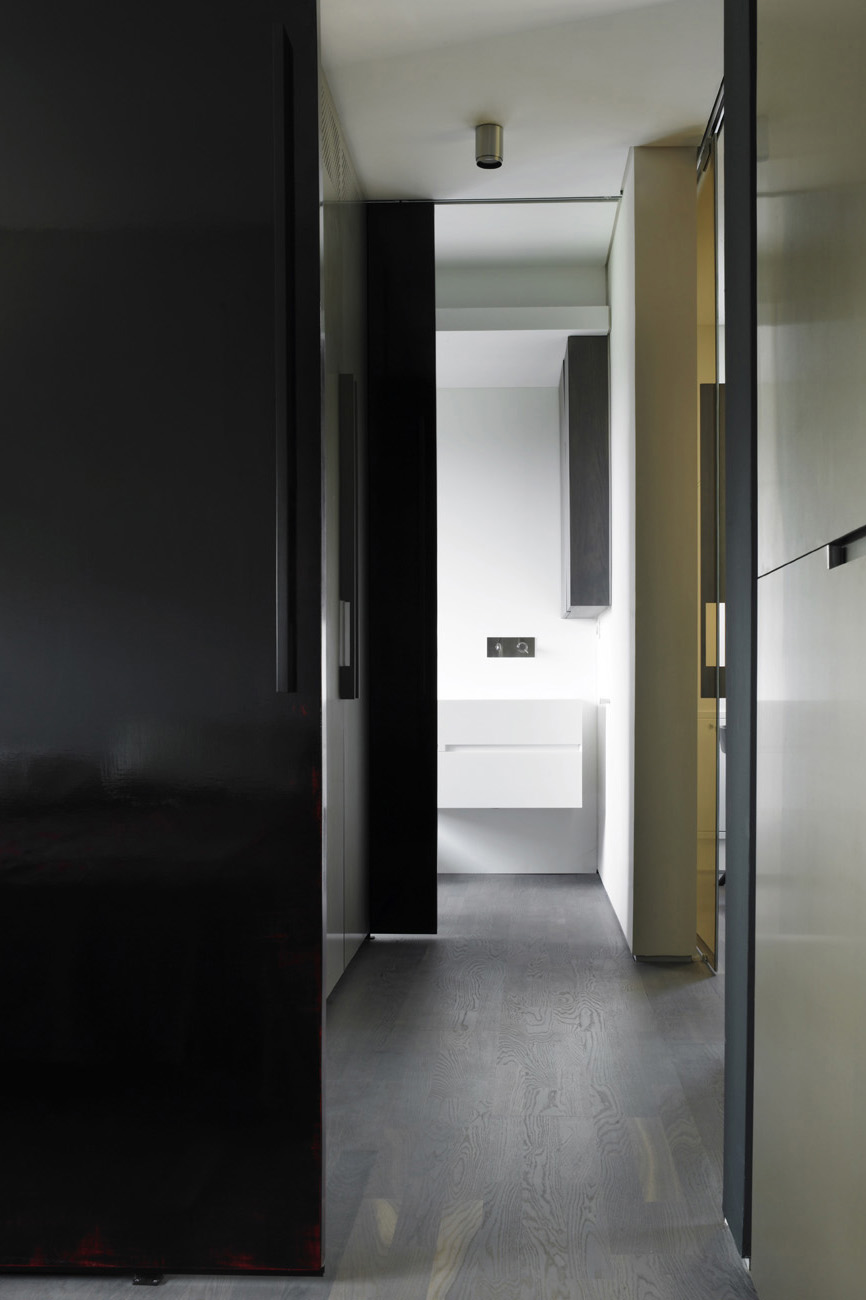 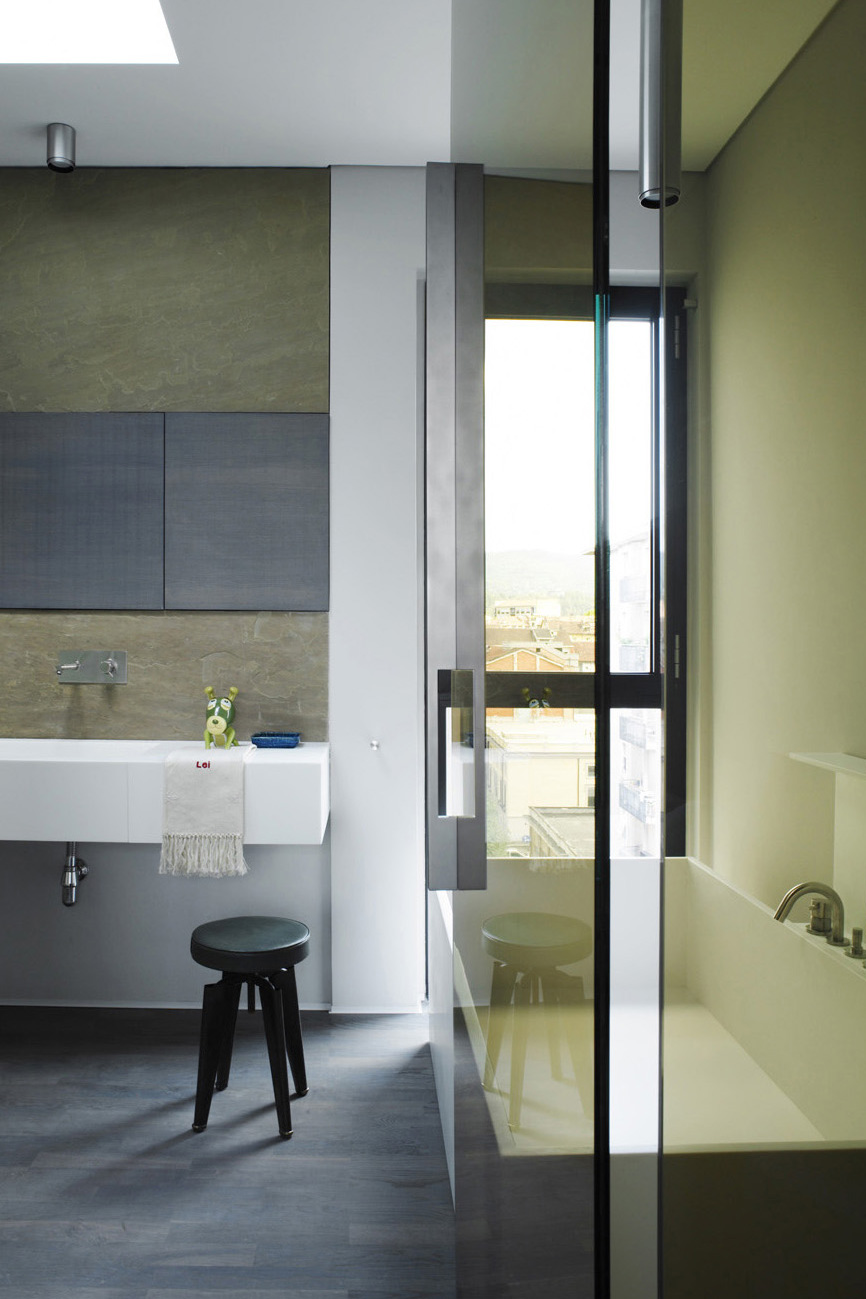 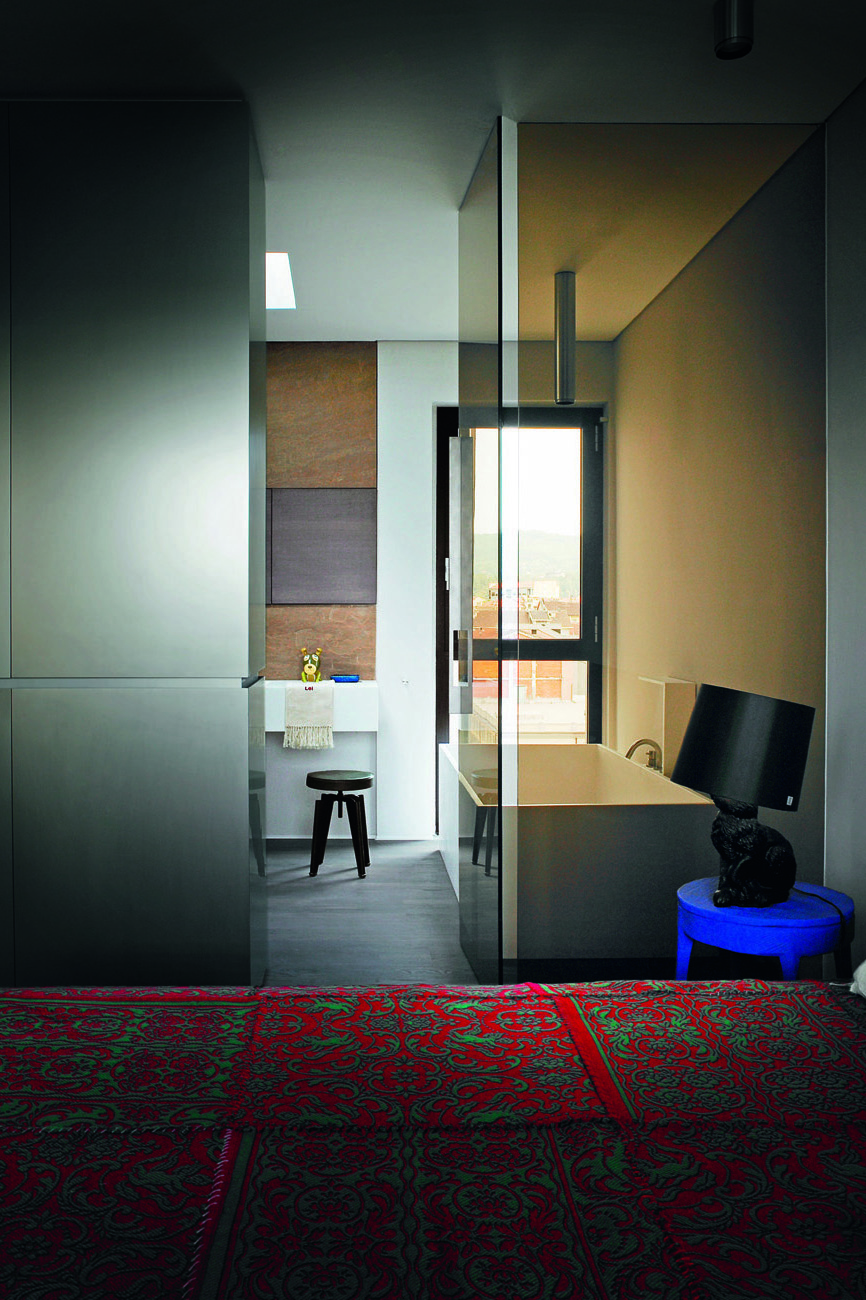 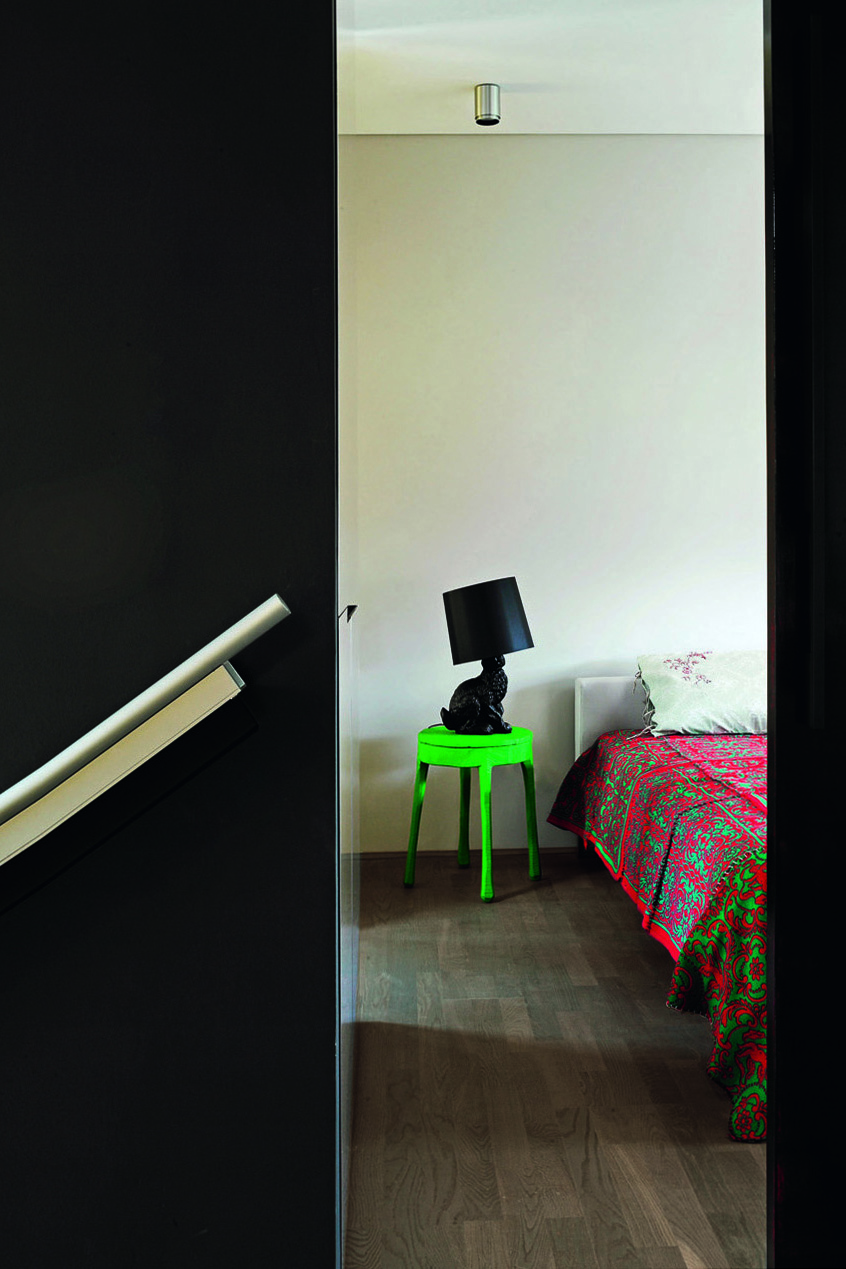 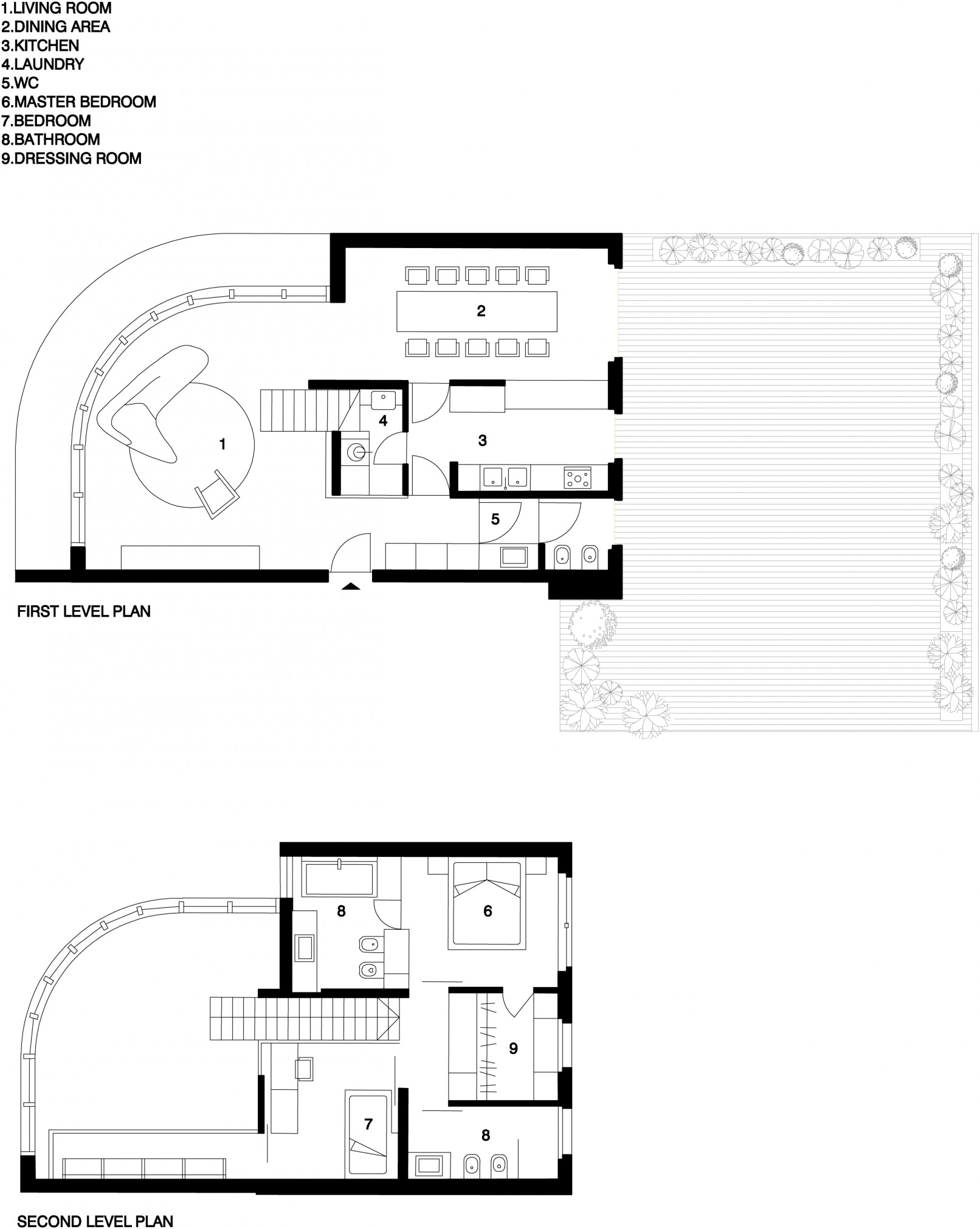 EMOTION VS REASON
By continuing to browse the site you are agreeing to our use of cookies.