The Fold and the Tower: adding features to the buildings

The competition area, situated in the old city centre of Turin, runs around the edges of what used to be the city walls in Roman times and was later involved in the construction of the ramparts of the nearby 16th century citadel.

The place where the new building is planned to be constructed has, therefore,  been left in a fragmentary state down the years. It is crossed by the fault line of those historical events that have given it its constantly changing nature, although it also has some (at times) quite startling enduring marks and traits. There, over on the corner of the block, is where one of the towers along the old Roman walls probably used to stand. Then, later on, the trench dug for the ramparts left a diagonal cut across the land. Following that and right down to the present day, a series of minor disarticulated building features have gradually accumulated around the same spot. The project for the new office headquarters will now provide the chance to give this corner of the city its own new identity, paying tribute to the irregularities in the urban fabric that have characterised this site until now.

So the fault will re-emerge from the folds of time and again become visible across the new building façade. This fold will symbolise continuity through difference. Continuity with the setting embodied in the use of the kind of stone and metal already found in neighbouring buildings. The mosaic-like pattern of stone panels on the facade alternates with moving metal panels that will protect the frames and fixtures and re-evoke those metal plaques once  placed on buildings insured by Reale Mutua that have become icons of an age and a territory.

At the same time the fold placed on the main facade will attract attention to the new building’s “angular tower”, as specified in the competition tender, without, however, cutting it off from other parts of the complex. Indeed, the focus on the corner section will be played down by interaction between the upper contours of the building and those in the surrounding blocks. The fold in the facade will become almost a kind of introverted bow-window offering a privileged viewpoint across the city. An unobtrusive insertion into the surrounding cityscape, at the same time instilling a powerful sense of identity.

The vertical fold on the facade is a vibration instilling character in the building, while the cladding-coating materials interact with the city. The chiaroscuro effect of these stone materials and charcoal-coloured zinc shields is inverted when viewed at night-time when the light emerging from the perforated panels dematerialises them, focusing instead on the mass of stone surfaces. 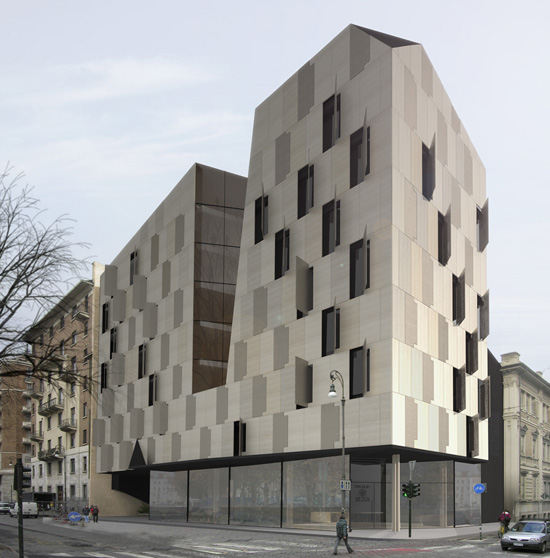 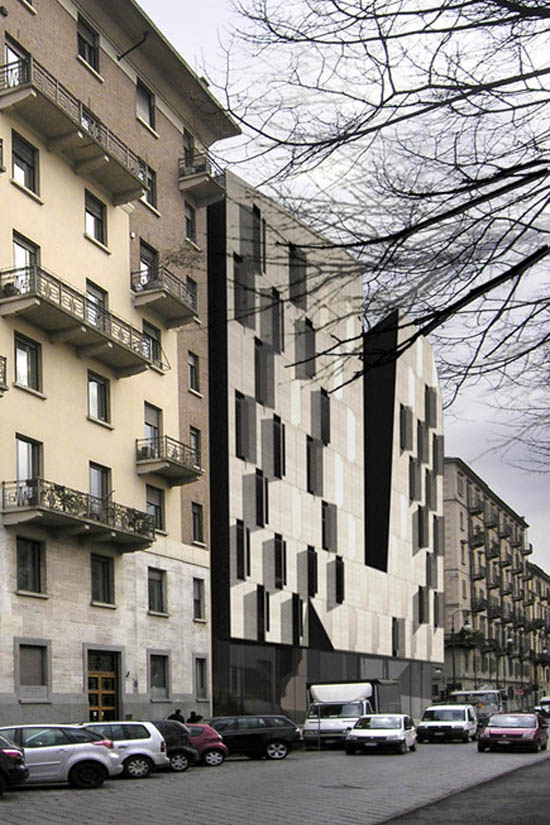 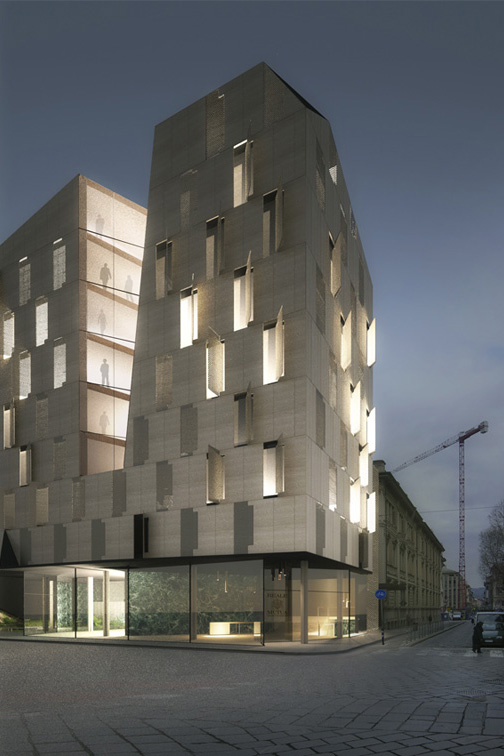 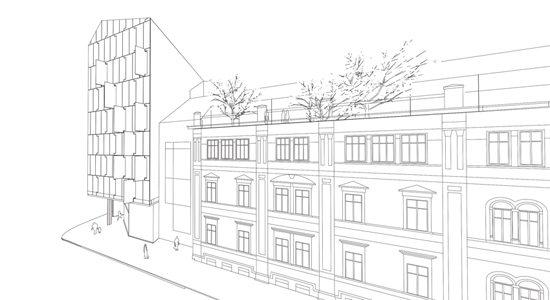 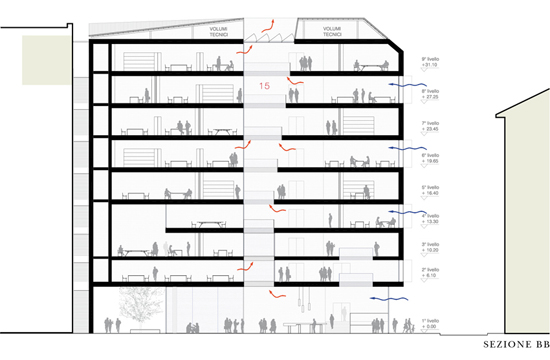 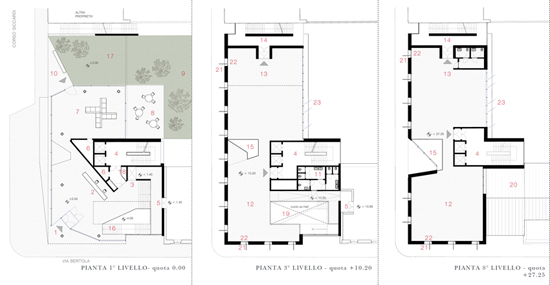 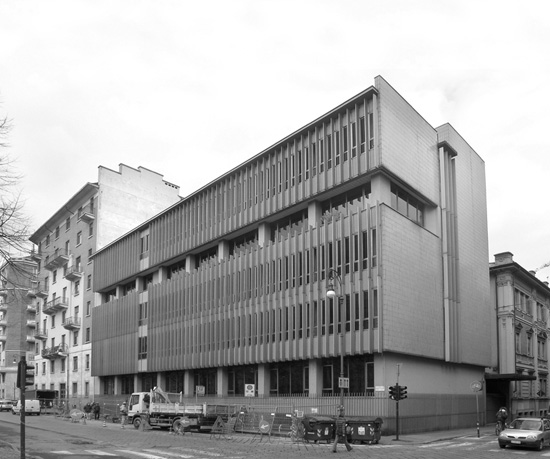 TEMPOREALE
By continuing to browse the site you are agreeing to our use of cookies.