The project by UdA won a private design competition held by a client with a goal to interpret better his current living needs. The building undergoing the renovation work had been used for decades as the head office of the Turin Department of Labour, but it maintained a wide range of architectural values and potentialities kept hidden behind its primary function. Indeed, the architects working on the project focussed their attention on these very aspects. This led to optimization of the arrangement of the housing units as well as to a better, more effective use of the inner heights for the creation of intermediate floors, while the terraces and the flat roof were given new functions as extensions of the dwelling spaces towards the city and the hill in the distance.The theme of the condominium was therefore developed by reviewing the building elements that characterize it and which take part in the spatial arrangement.

A new role was assigned to shared rooms and areas. For years these had been considered exemplary with carefully chosen finishes but starting from the 1970s they became anonymous passageways for rushing residents. The vertical and horizontal arrangements of inner spaces, along with the entrance halls, the courtyard and the terraces were actually modelled following a clear, unequivocal, coordinated code, thanks to which the materials used – dark-coloured milled wood, Inca basaltic rock, stainless steel together with the strict geometry, a mean to express the new existence in the 19th century city fabric. Such a presence, which seems to be projected from the building itself, gains absolute visibility because of the reshaping process involving an existing additional section made up of two recessed storeys previously built during the 1950’s, thus establishing a kind of architectural dialogue with the urban surroundings.The changes and the subsequent building phases which took place over the years played a fundamental role in defining the grid of limitations and opportunities within which the architectural plan had to be conceived and developed. An apparently 19th century building with post-war additions, subject thus to historic preservation, turned out to be a case of historic imitation, plaigarism mostly erected in the 1950s.

What looked like a rather uniform block with only one substantial addition coinciding with the more recent recessed storeys turned out to be the actual result of an uninterrupted process of increase, superimposition and consequent stratification – nearly a crystal-like set of patterns succeeding in time, whereby a late nineteenth-century small, suburban villa had become a five-storey block of flats. The growth did not replace the existing sections but rather incorporated them, sometimes even to a full extent, so much so that only complete renovation work has made it possible to thoroughly understand the scope of a process which lasted for a number of years.

The planning decisions already mentioned were then further verified by the just described context. It is therefore on the more recent recessed storeys that the UDA plan finds its full visibility.On one hand functional redesign of the inner spaces and the technical areas, which have been transformed into housing units to emphasize better their emerging city character; on the other hand, total overall reshaping of outer surfaces with fixtures that follow a new design sharing much of the dark colored wood finish of the entrance halls and main doors leading to the single housing units. At last, the spatial transformation on the flat roof as further example of architectural symbol stratification over time. All of these elements, despite their disparity, give life to a new dialogue with the 19th century facade underneath without giving up their autonomy. 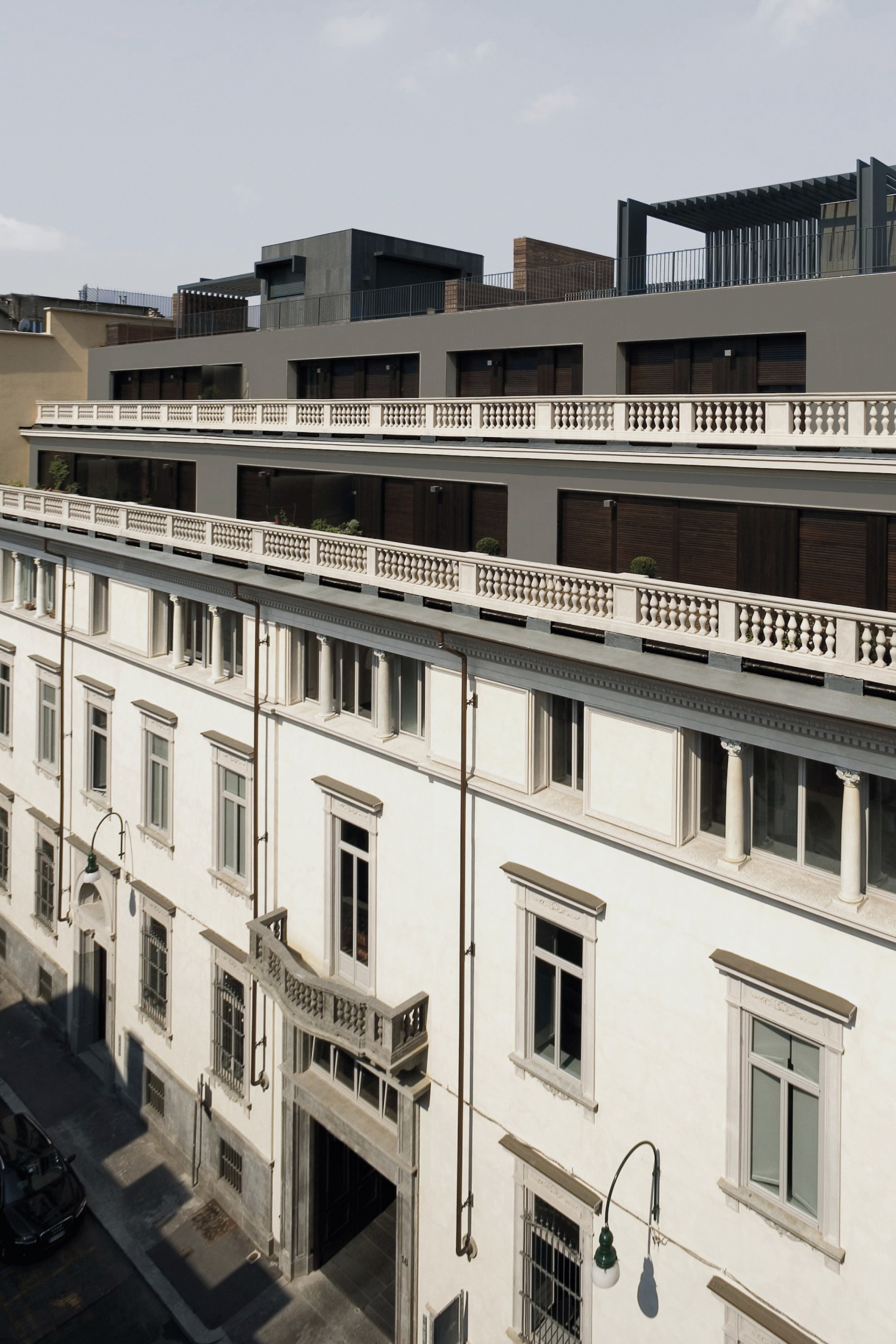 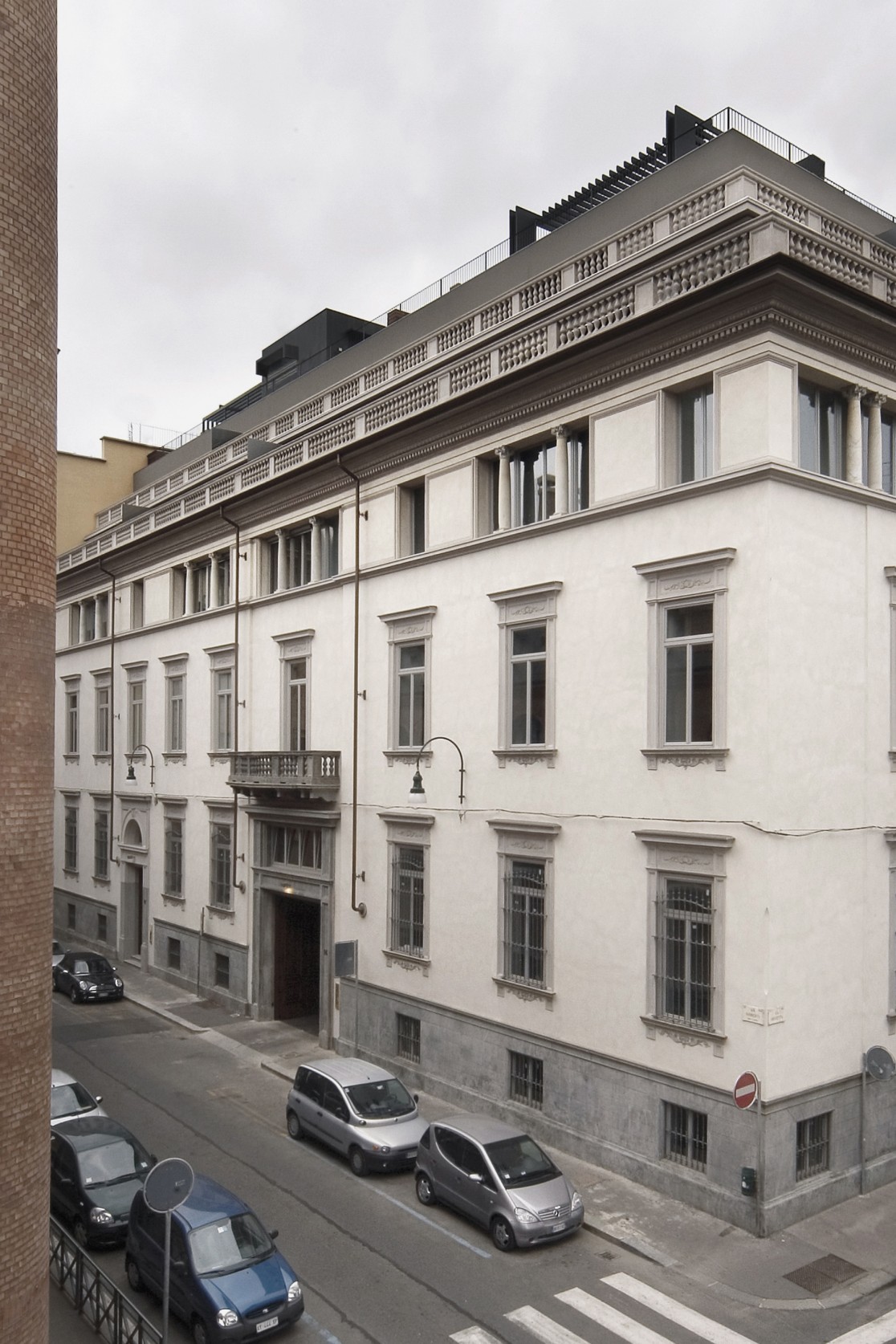 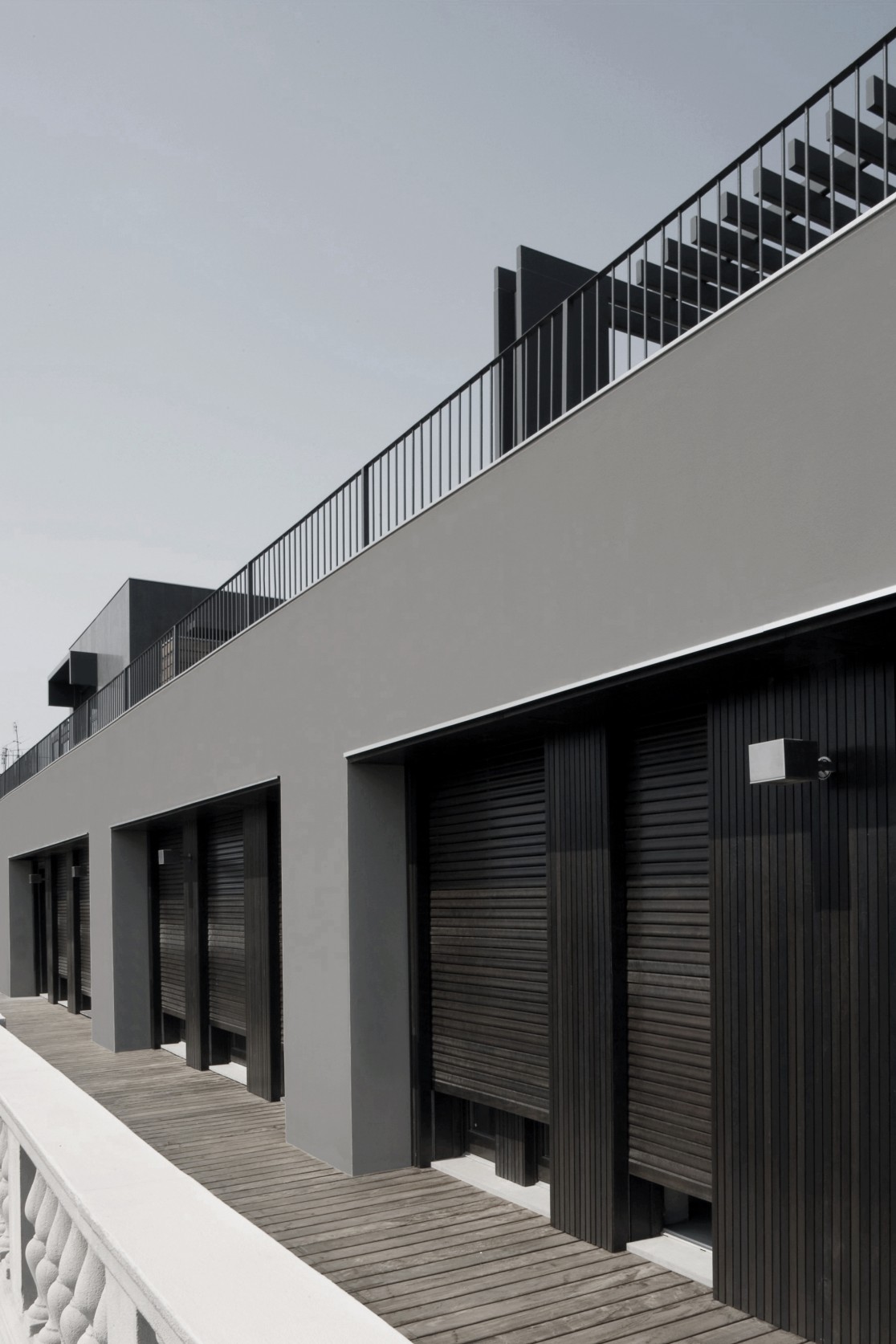 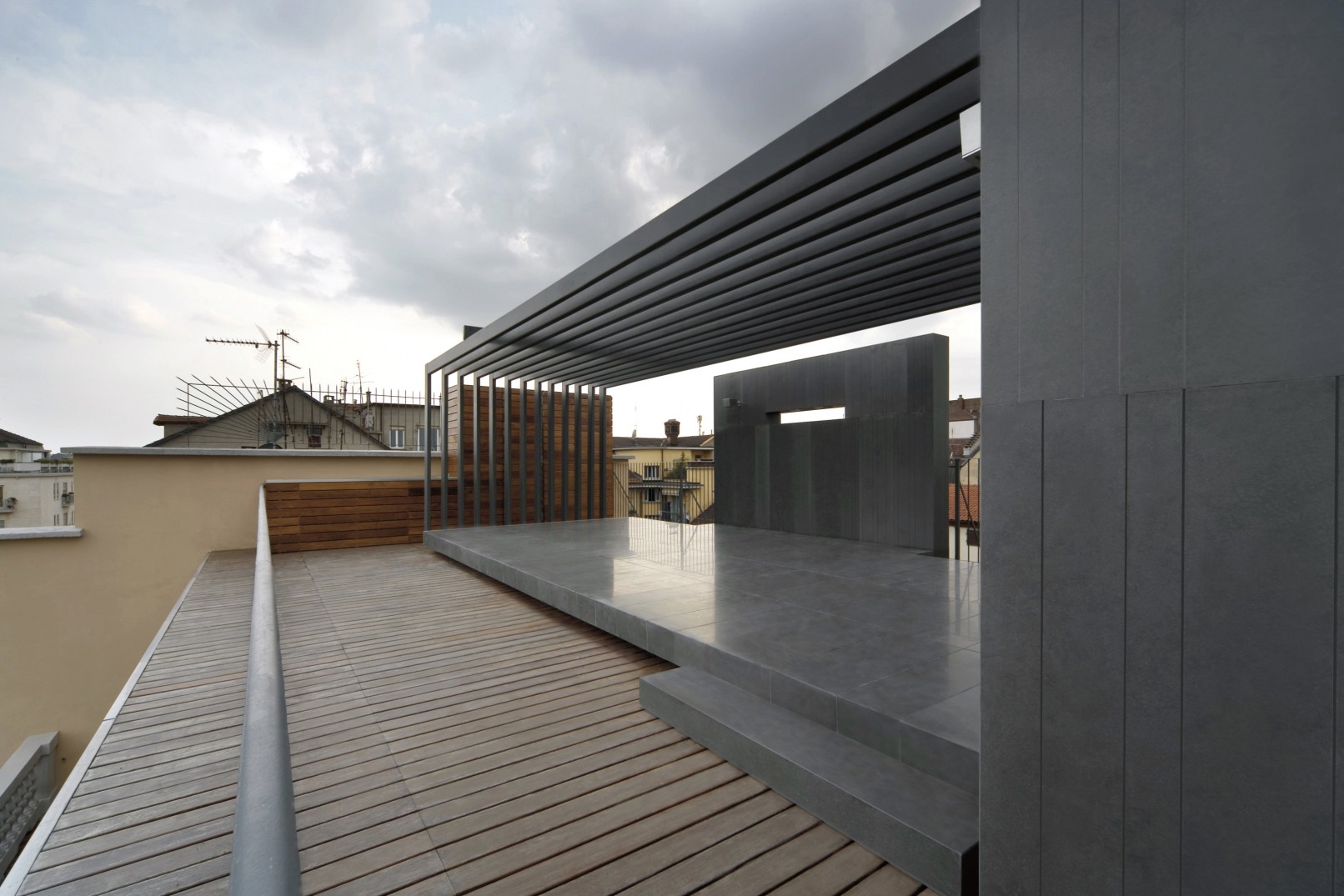 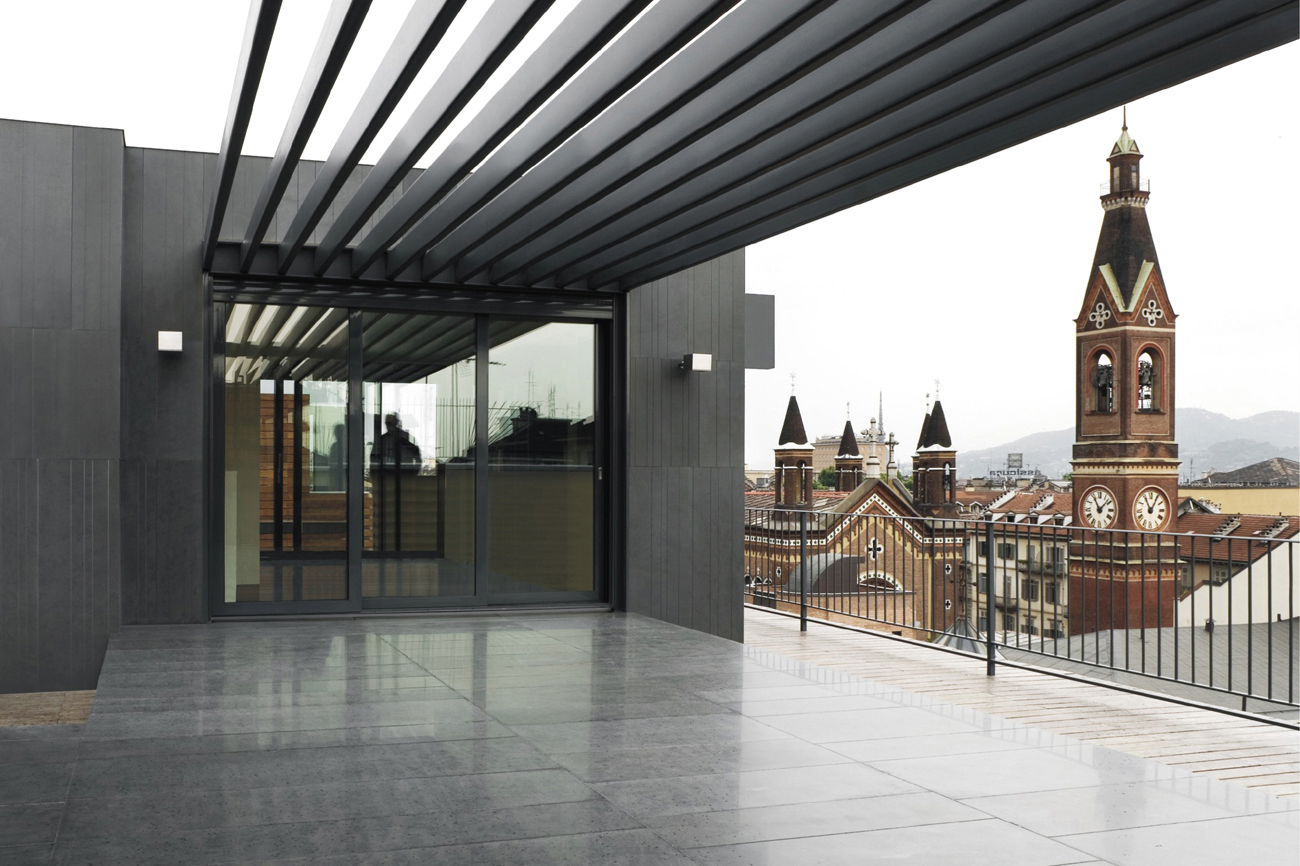 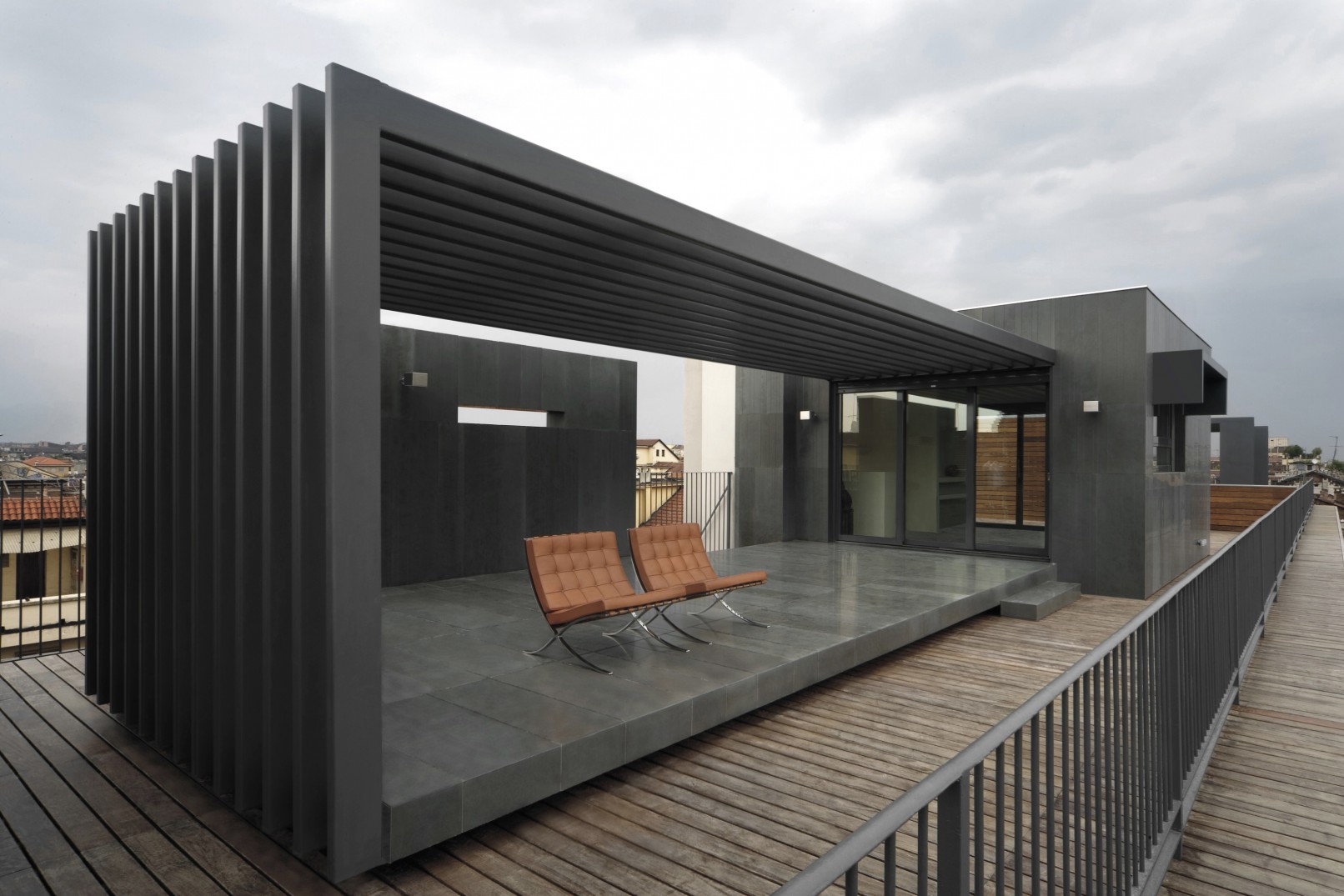 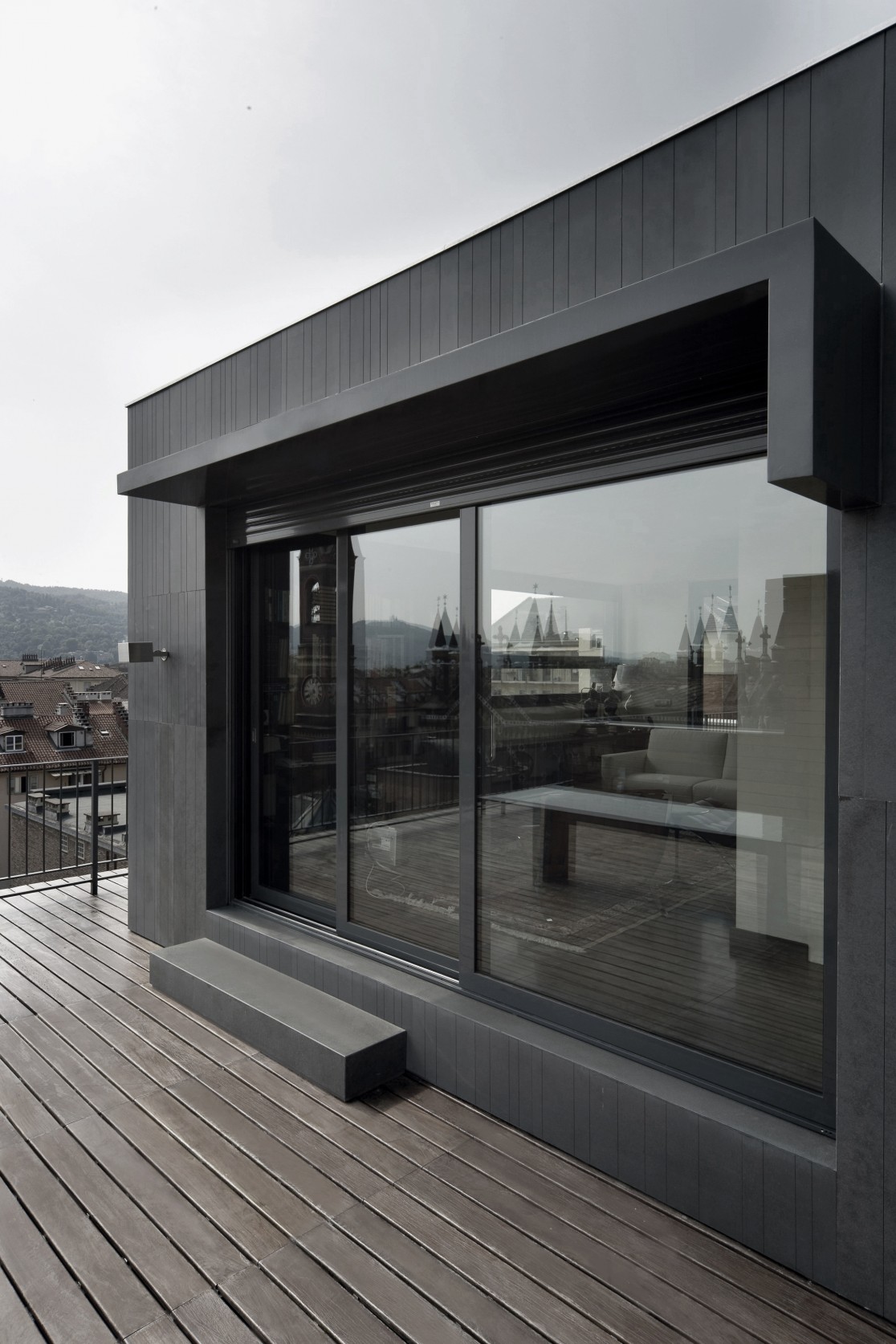 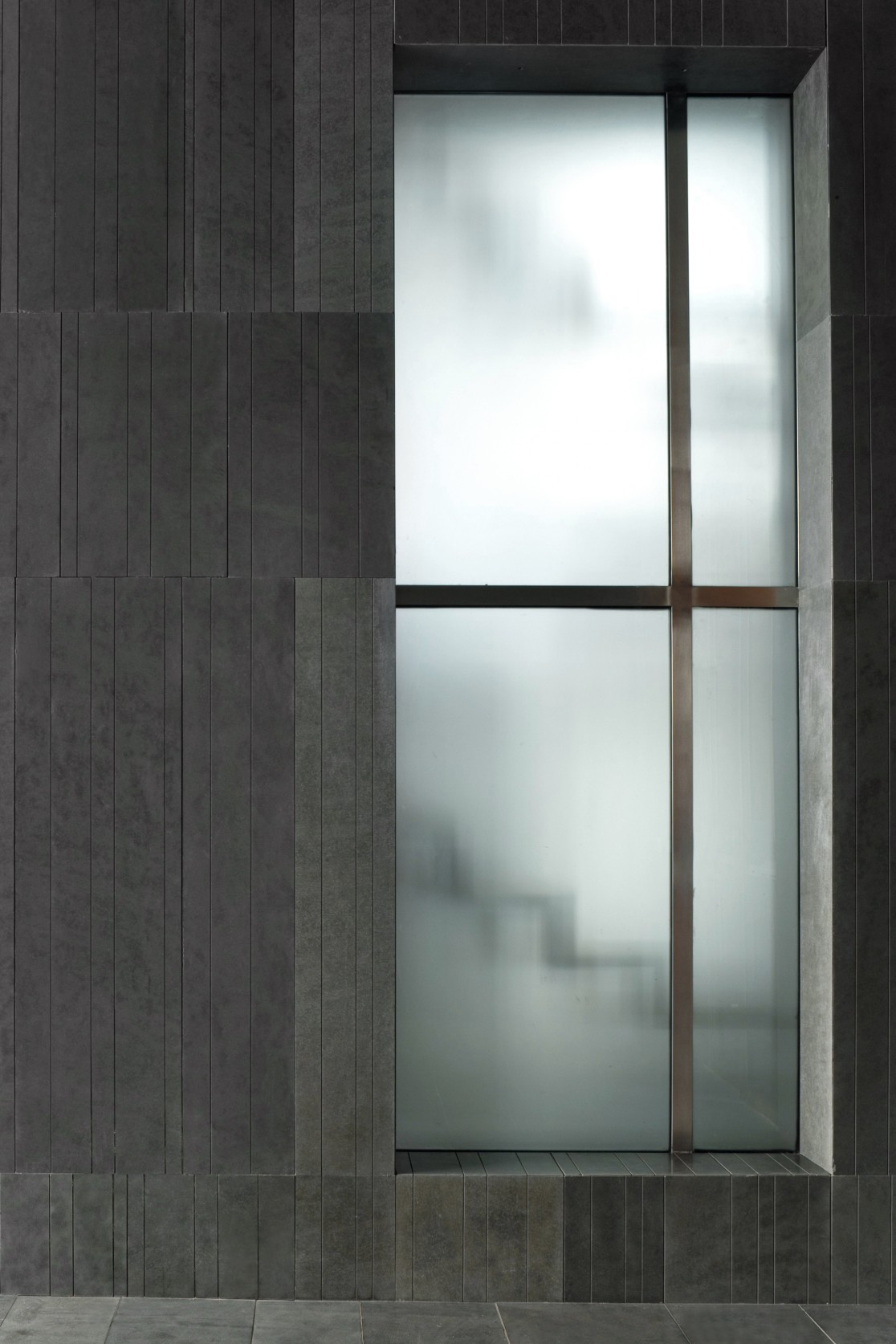 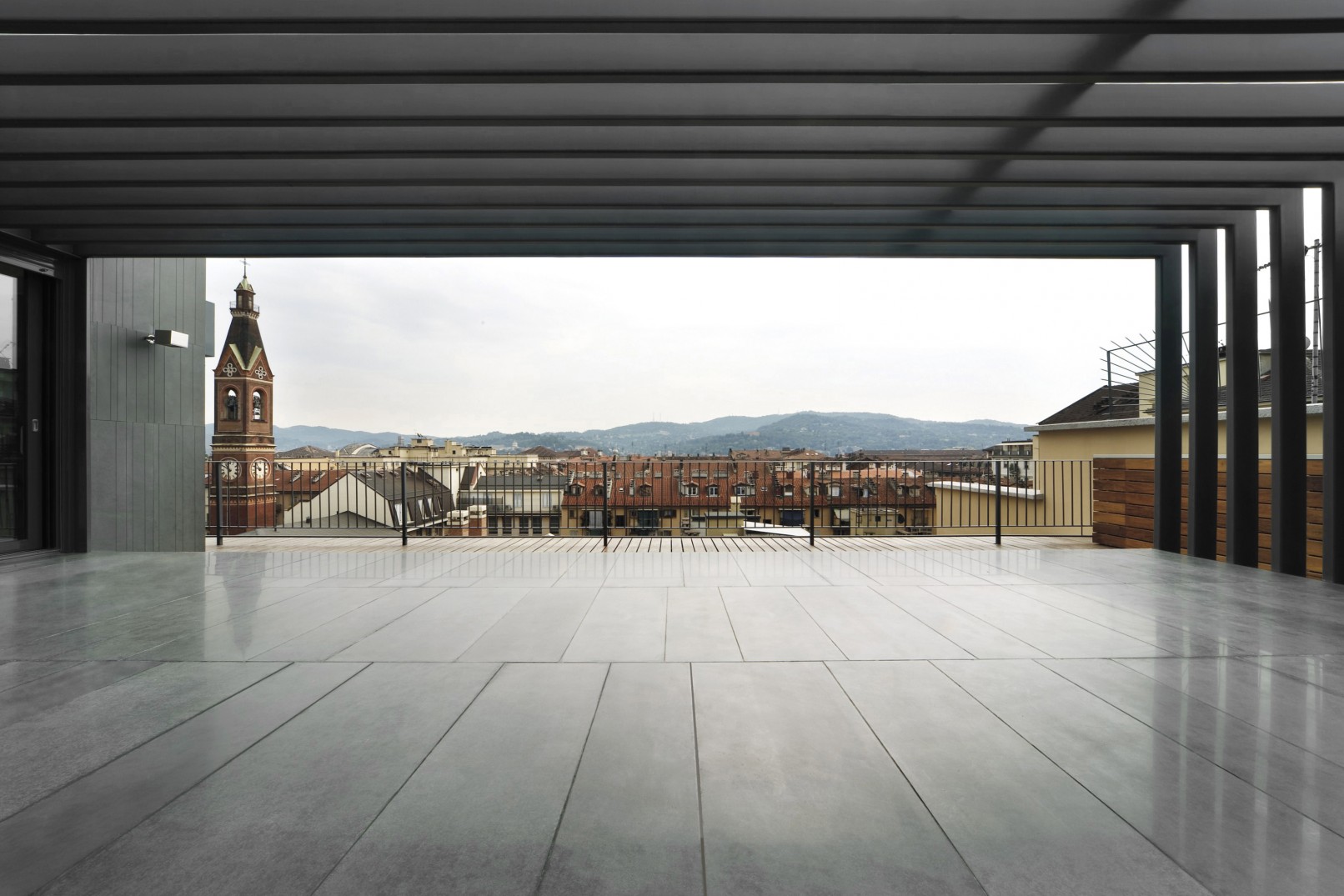 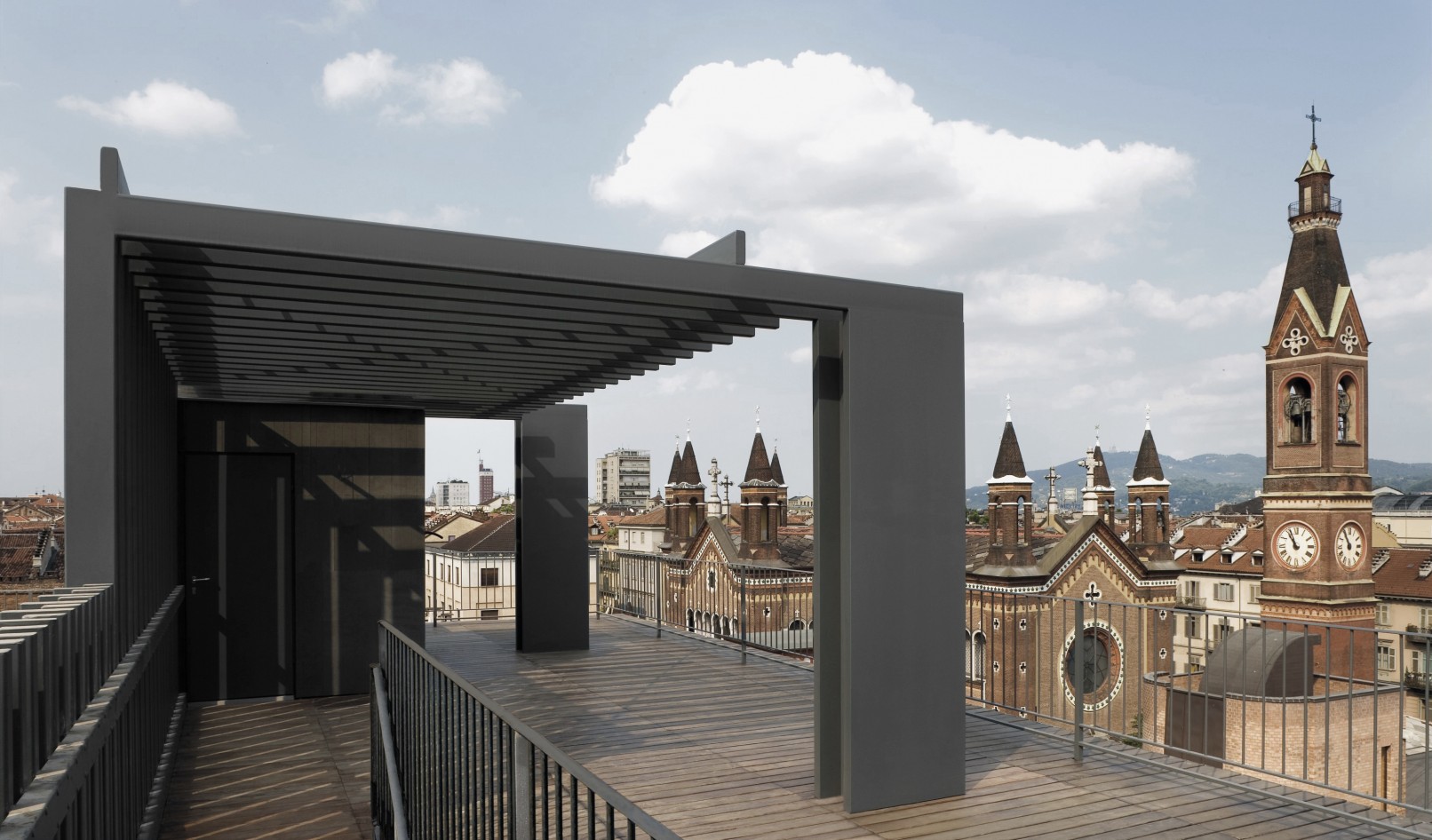 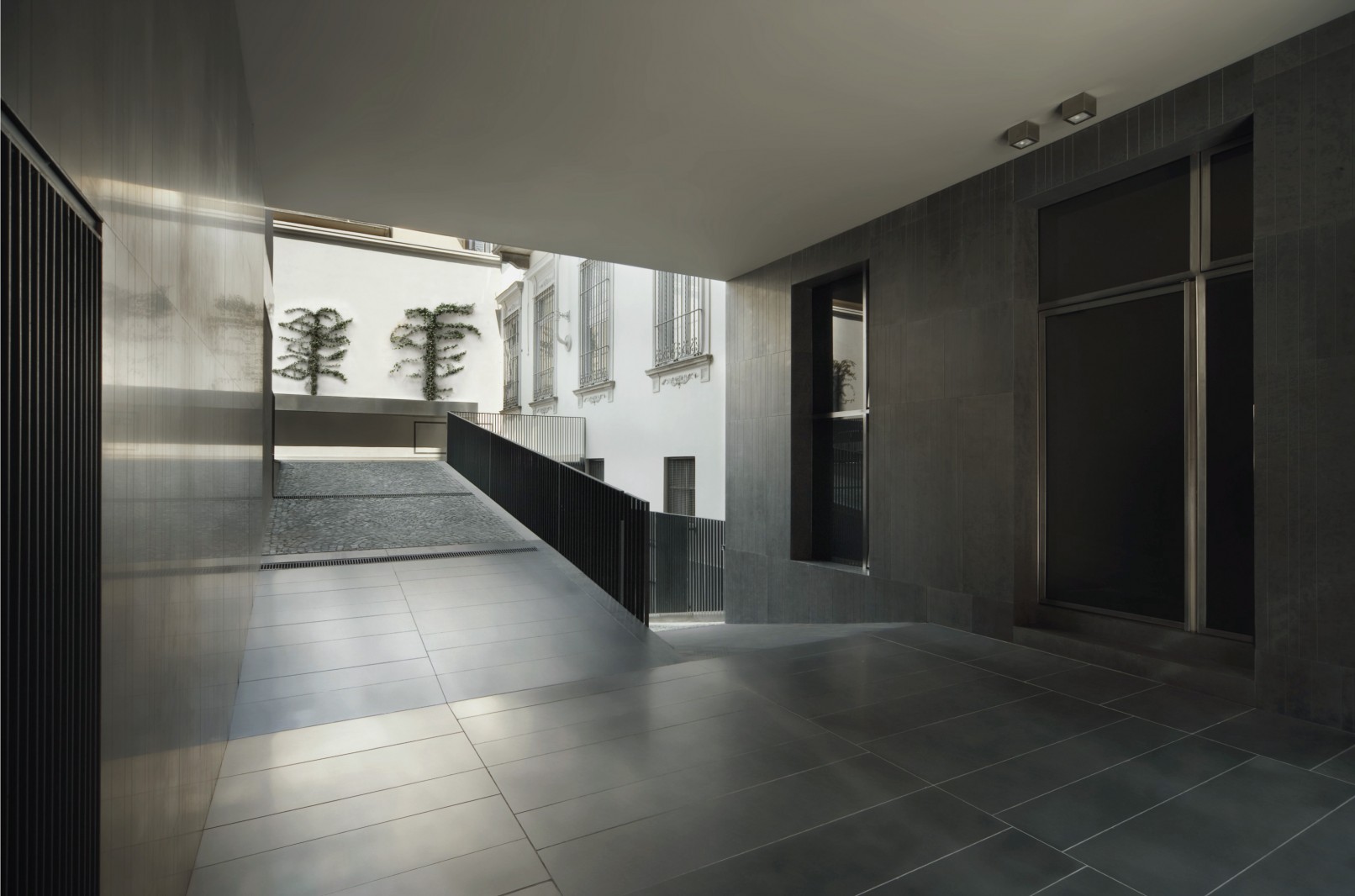 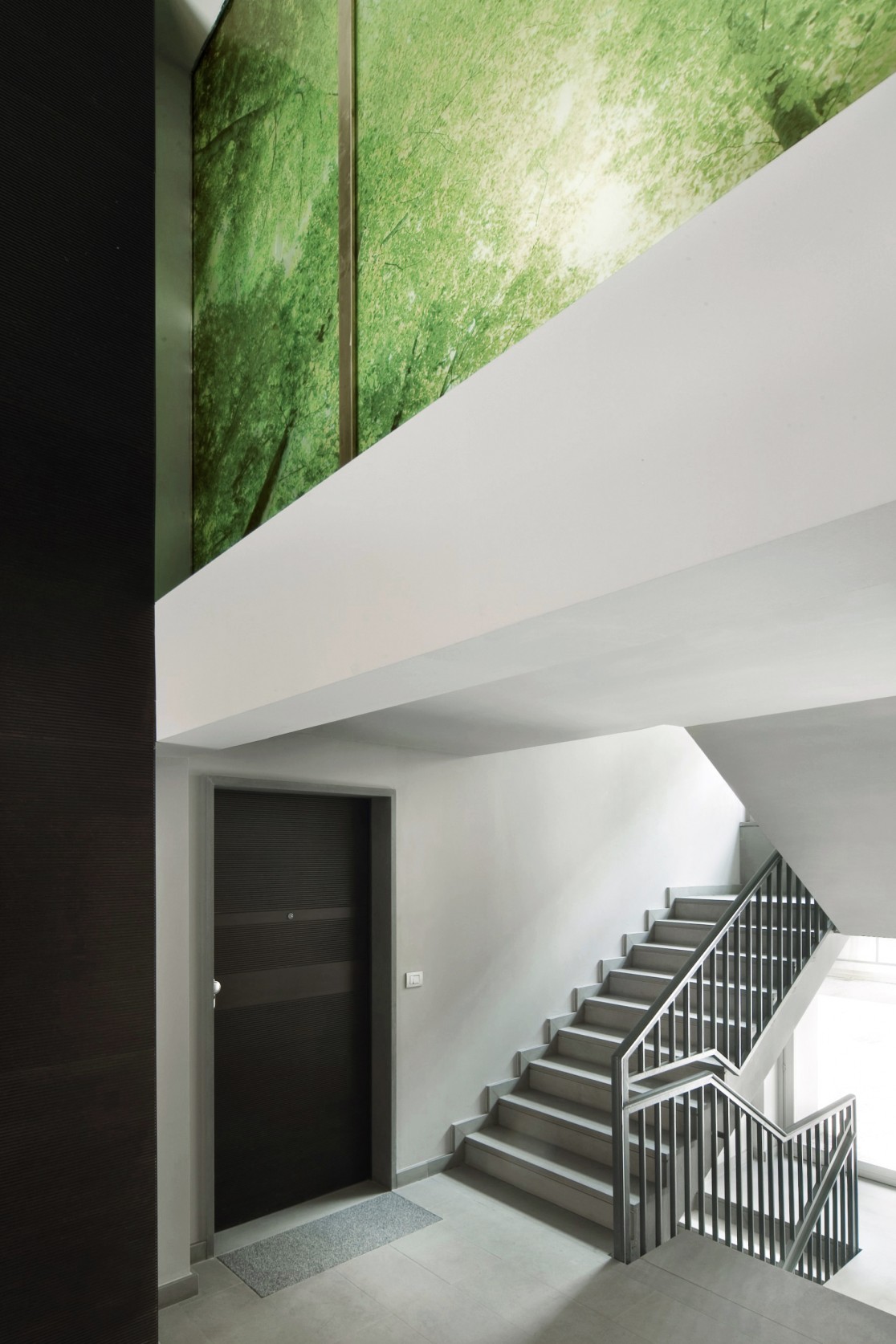 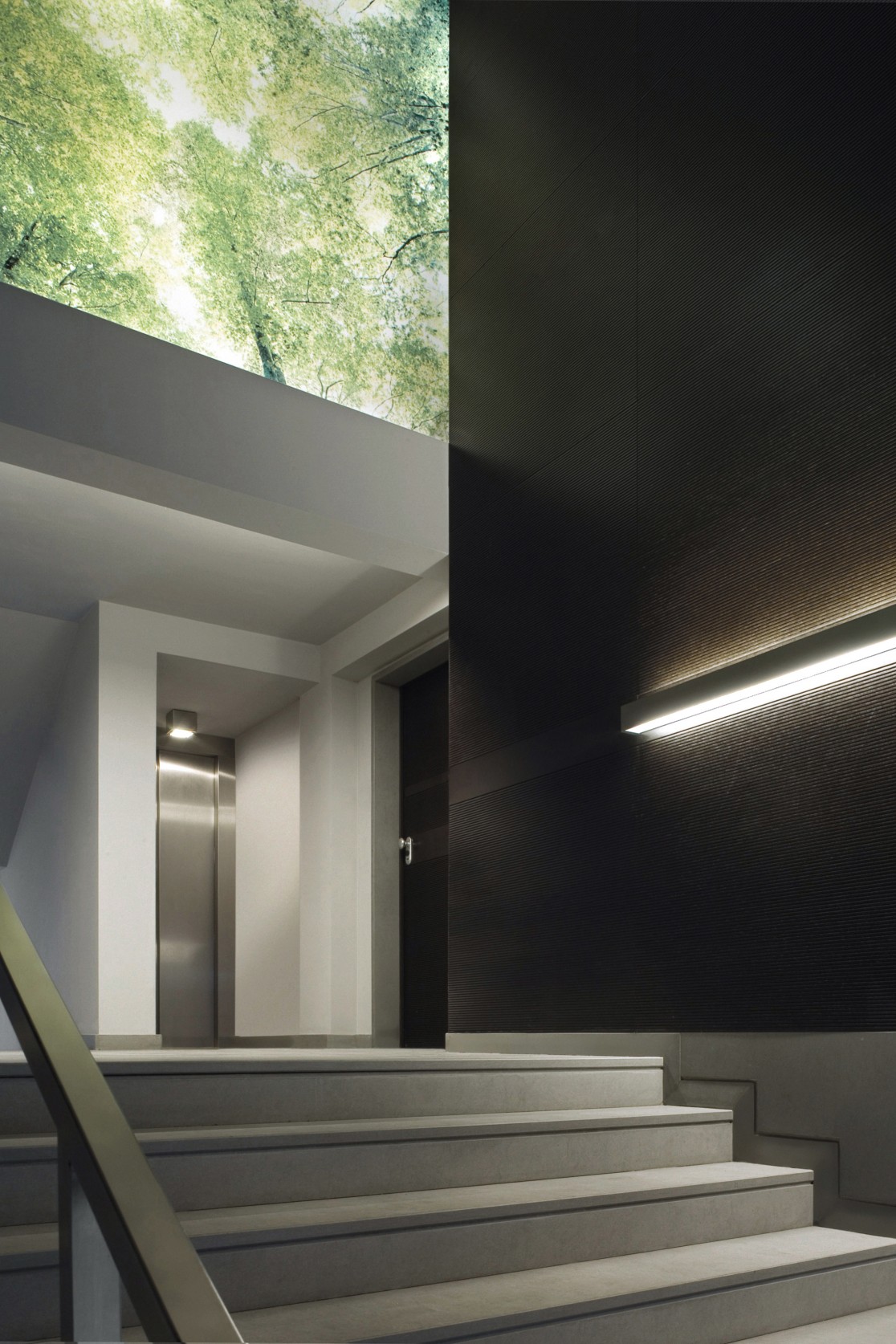 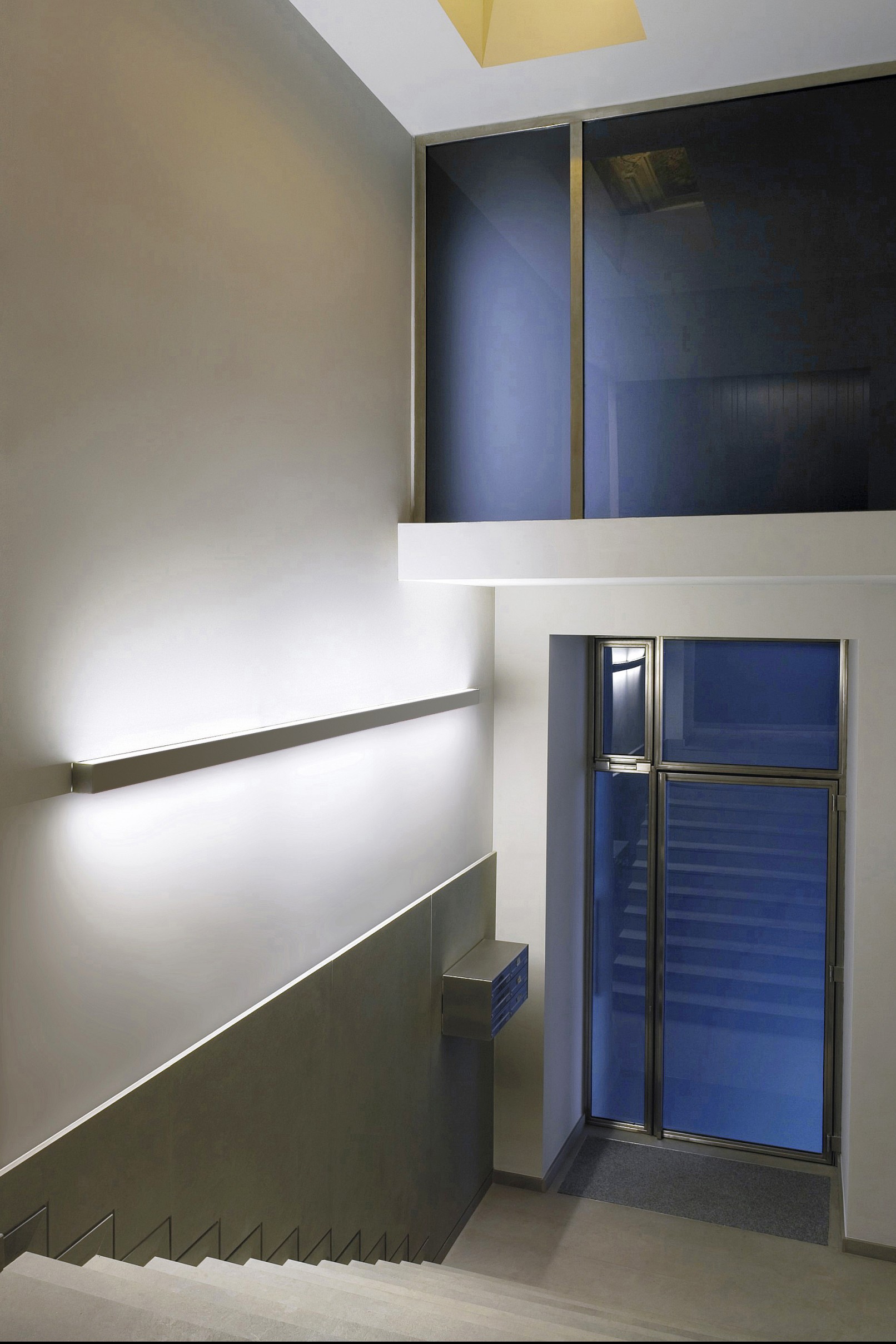 TWIN HOUSE
By continuing to browse the site you are agreeing to our use of cookies.