“Another Venice” is on YATZER 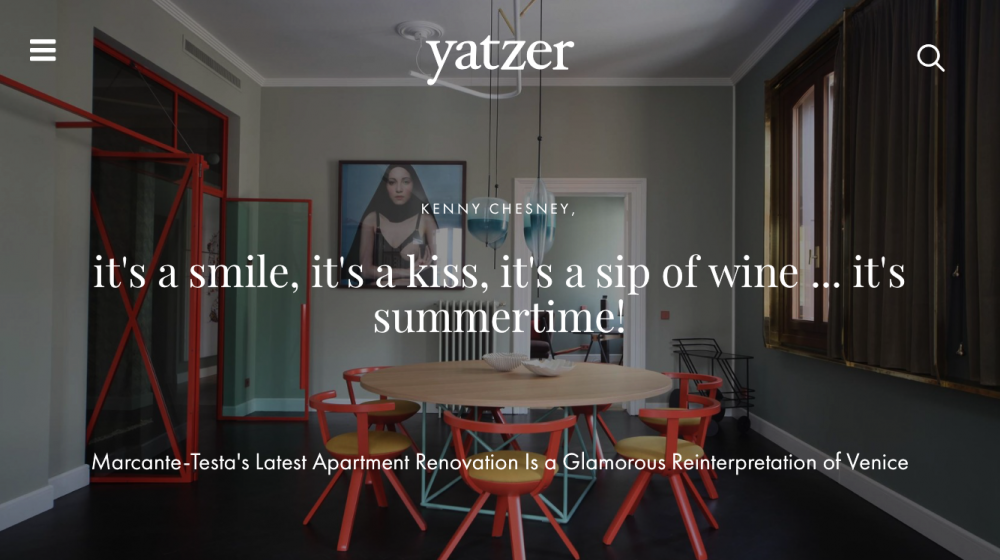 “The renovation of a historic, 19th century building in the center of Venice, hailed by some as “the most decorated city in the world,” by Andrea Marcante and Adelaide Testa is titled “Another Venice” and is one that speaks of its very essence. The project was completed in 2017 and faces a picturesque small canal in Sestiere San Marco—so it’s no wonder that each of the apartment’s 450 square meters is geared to paying homage to its extraordinary surroundings.

The designers focused on an inside/outside relationship, implementing elements – such as the vertical architecture of the facades – into the décor, going so far as to reflect these in everything from the apartment’s structural elements, to the patterns featured throughout. ”