Restoration of an apartment in Paris, Saint Sulpice, 6th arrondissement.

..”a truly multifaceted project that is nevertheless satisfyingly unified” 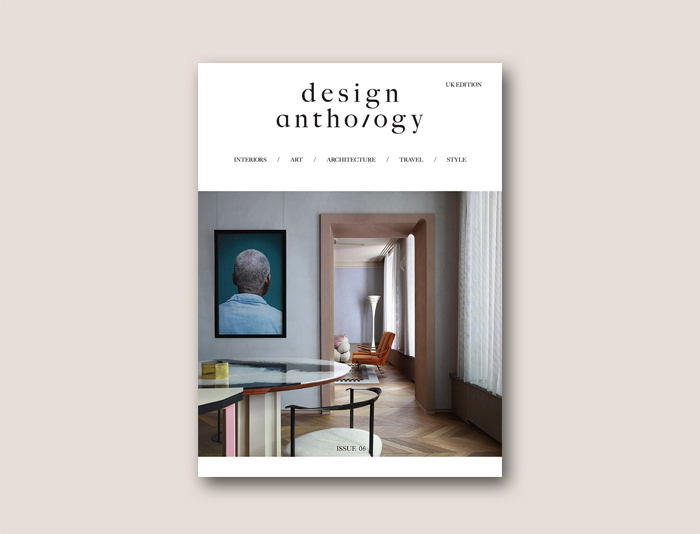 (Words by Susanna Legrenzi on Living)

Until you observe closely the magnificent Saint-Sulpice you’ll have no knowledge about the ancient brass sundial, part of an 18th century scientific instrument, housed in it. Paris Observatory first astronomers, who used this line to calculate the Earth’s orbit, were also involved in its construction. Referred to as “Le Serpent Rouge” in a little book in cryptic verses, it was named “Rose Line” by a well-known hit novel, Dan Brown’s The Da Vinci Code. And the story could go on and reach the rooms of an apartment which dialogues, as intended by the designers who have taken care of the redistribution of volumes and interiors, with this particular sign, taken up in the architecture of light that governs the ceiling of the great hall. We’re learning about this from Marcante-Testa studio, founded in 2014 by Andrea Marcante and Adelaide Testa in Turin. “One of the most innovative studies on the Italian scene” according to T-The New York Style Magazine. The house naturally looks at Saint-Sulpice in a game of abstract references. But it also ideally reflects the stainless Parisian myth of the Rive Gauche, sharing its roots with it. “As soon as project manager Ashely Maddox liaised us with the owner of this apartment, we started thinking about the possible links with the context,” explains Andrea Marcante. “On the one hand, certainly, Saint-Sulpice, whose esoteric atmosphere was inspiring, and on the other the feverish scene of the Paris of the Seventies, which animated the capital city for over a decade, leaving behind much more than a nostalgic note. In those years, on the wave of the French May, the stage of the Parisian architecture was an authentic construction site open to the most daring experiments. This can be seen in the Montparnasse Tour and the George Pompidou Centre, which has redesigned the soft underbelly of Paris, as well as solitary itineraries such as that of Roger Anger, the creator of Auroville, the ideal citadel built from nothing in India, where the famous French architect will also build his manifesto house.

“When we decided to clad the walls in clay, we thought of him. And it is always from Anger that the micro-architecture also takes inspiration, redefining the volumes of the living room or camouflaging the entrance”. The apartment’s owner is Pascale Revert, Director of the London gallery 50 Golborne, dedicated to contemporary African art and design. In his Saint-Sulpice address, Revert had the walls of the entire house dressed up with the works of emerging artists from Africa and the Caribbean, so as to exhibit them: “This house was conceived with a dual purpose in the first place”, Andrea Marcante continues, “a space to live in that was also a space to display the works of the gallery to Parisian collectors”. When the walls are cleared, the rooms talk about the studio of Turin and its passion for interior design, since its label marks more than one detail, from the ceramics in the bathroom to the kitchen. As for the rest, polished elements act as a tribute to French designers of the golden era and top masters of Italian design. Any guidelines? “He wanted to maximize the space. We started out by tearing down the old maze of small rooms with the idea of drawing a new perspective: an ideal tension that would direct our gaze beyond the windows, towards Saint-Sulpice” Adelaide Testa goes on, “The next step led us to put together materials, shapes, colors, surfaces to be transformed into emotions” Andrea and Adelaide collaborate, as art director, with various companies in the field of furniture and materials. One of their most recent projects is called Futuraforma (SEM, Spotti Edizioni Milano), represented here in Paris by Duale table and Magic carpet custom versions. “The irony of the name expresses the desire to play with different codes and languages, combining craftsmanship and industrial materials.

Any landmark? “The Turin school of interior design”, Masters such as Toni Cordero, Lorenzo Prando and Riccardo Rosso, read over and over again, fondly, by Andrea and Adelaide. 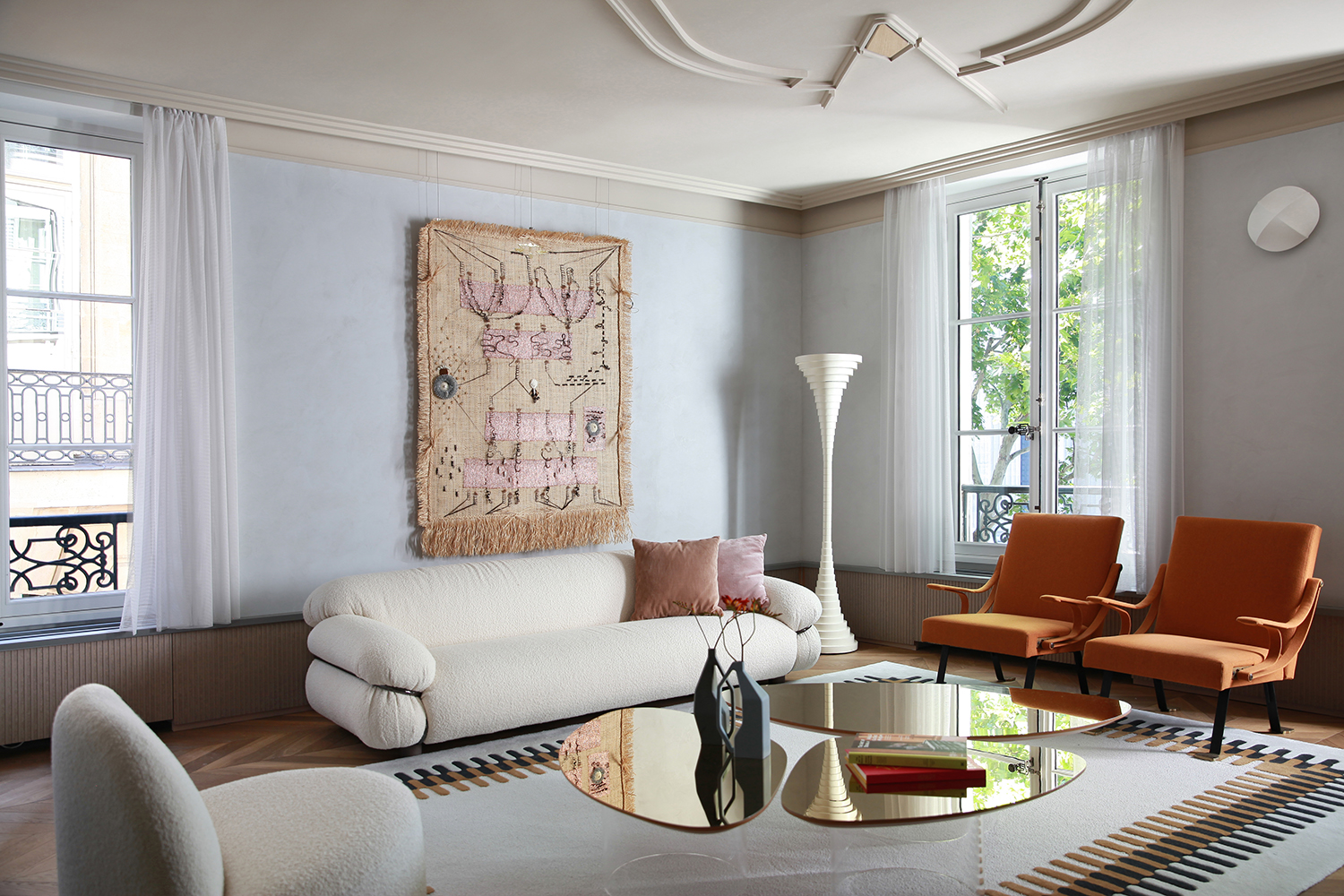 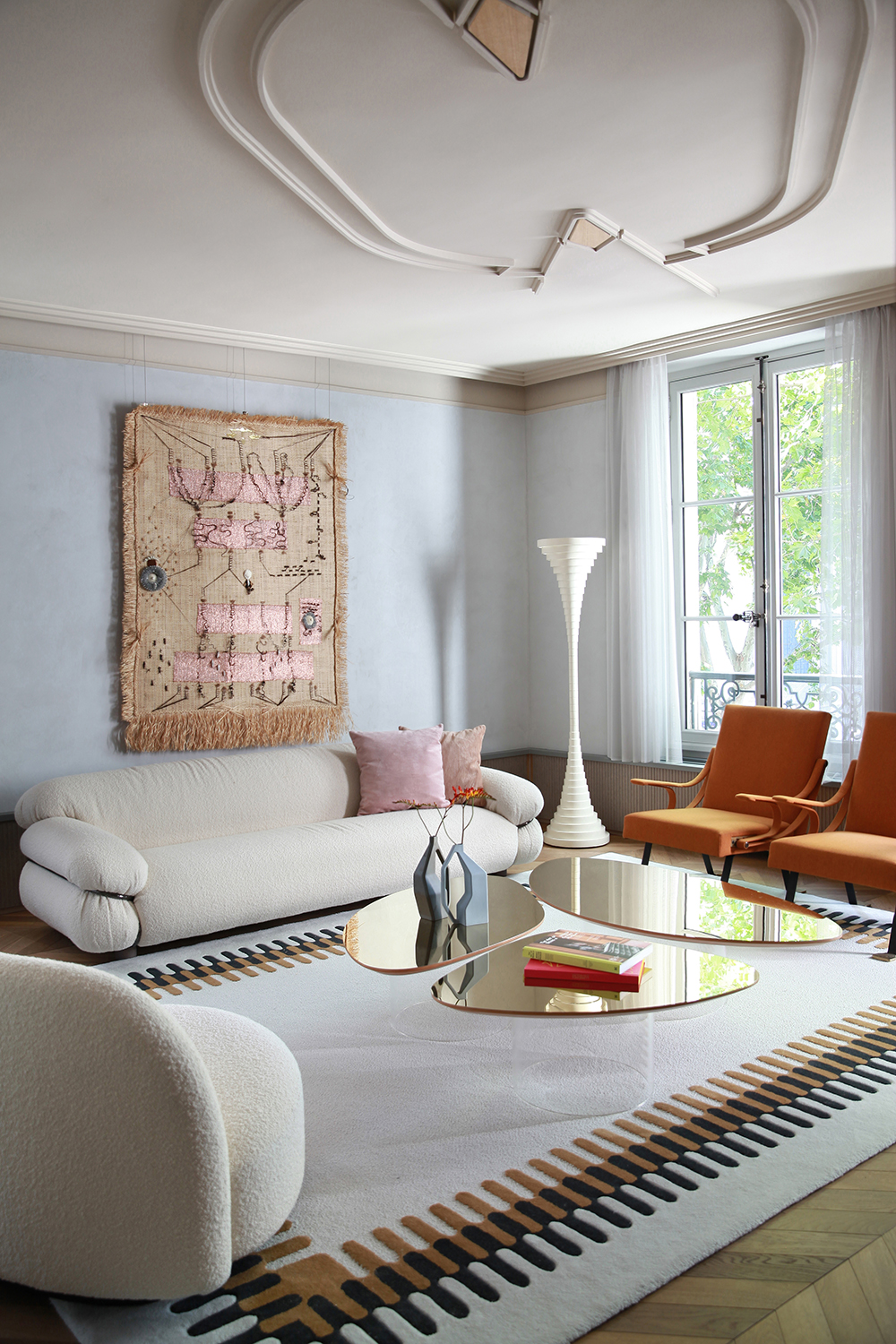 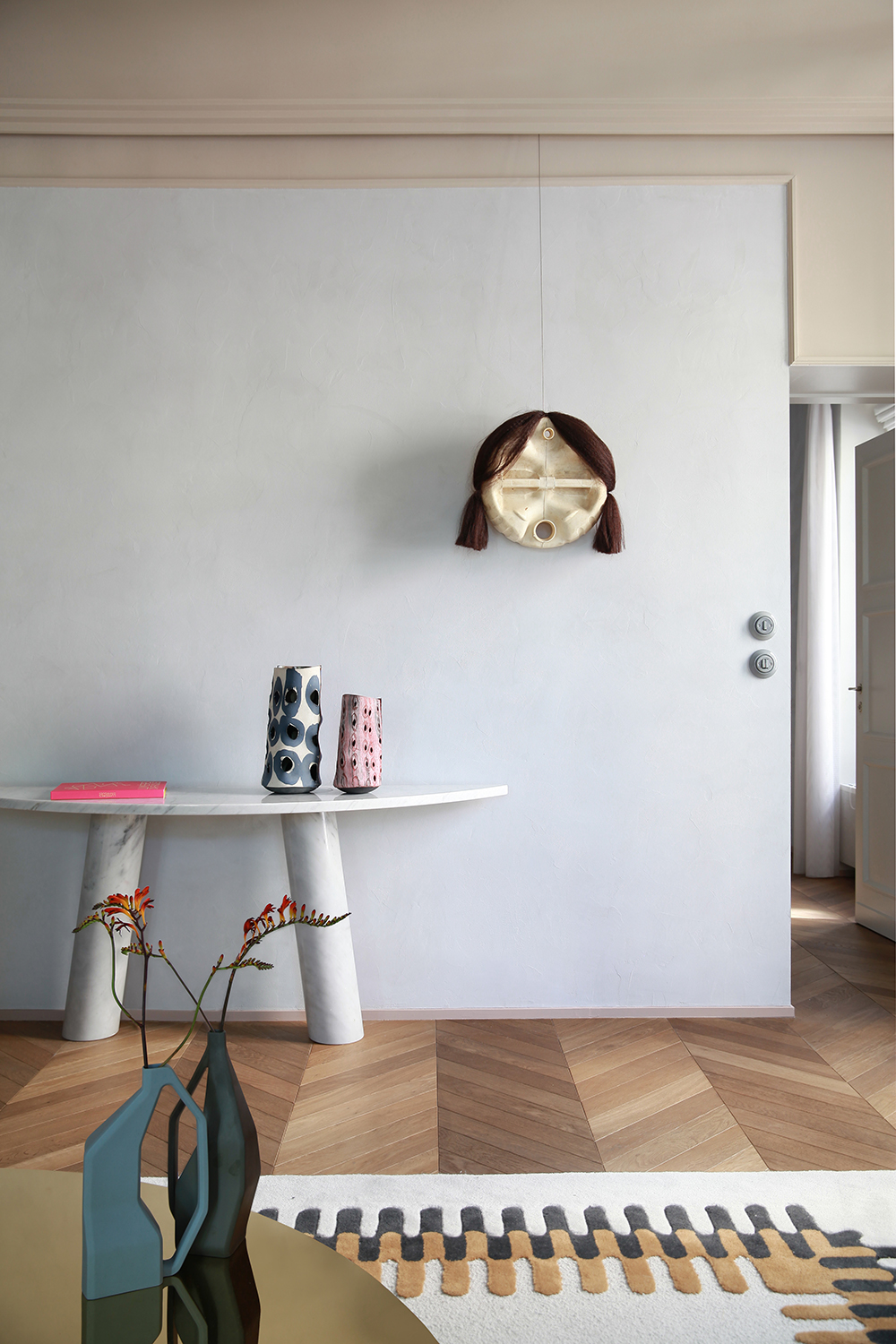 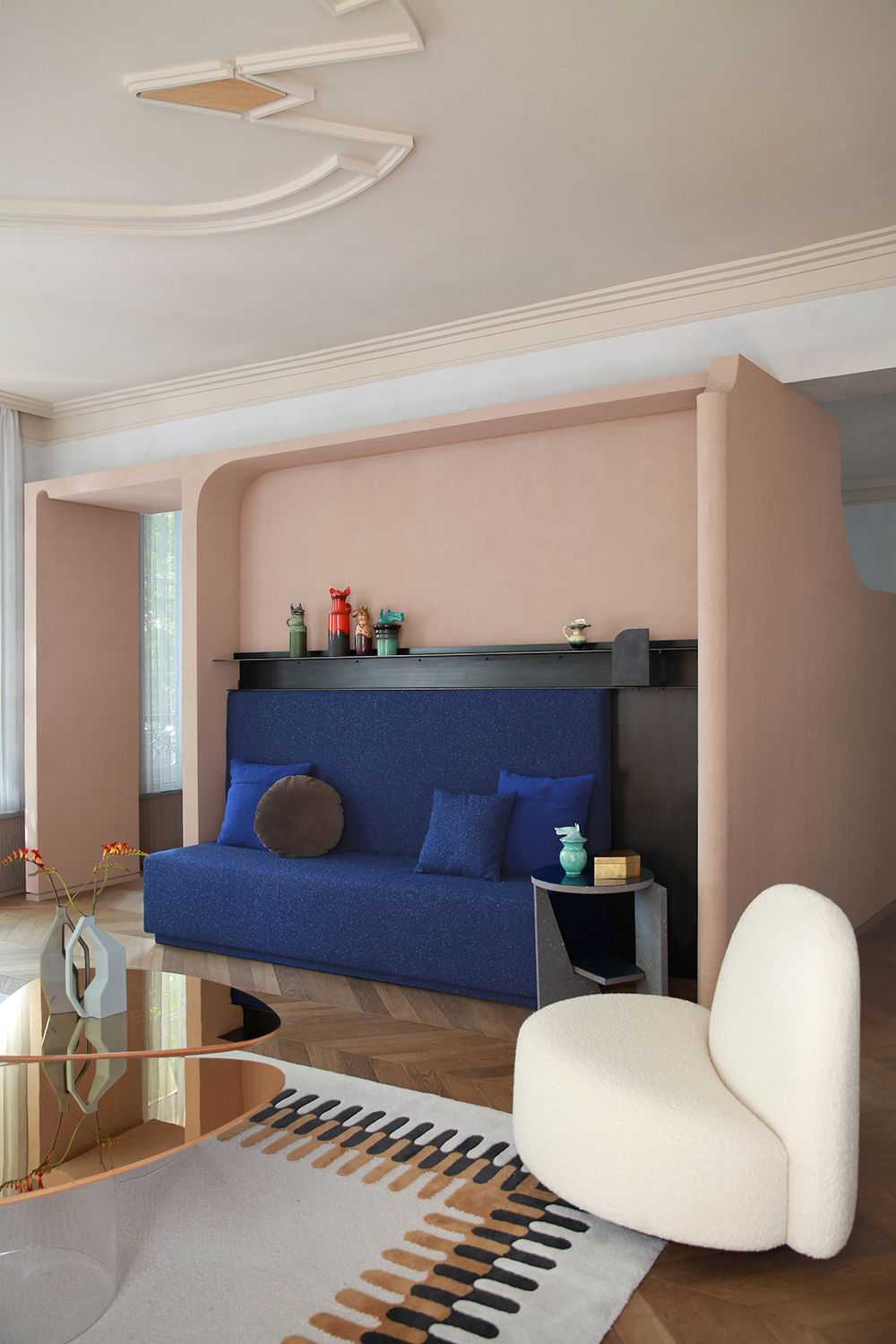 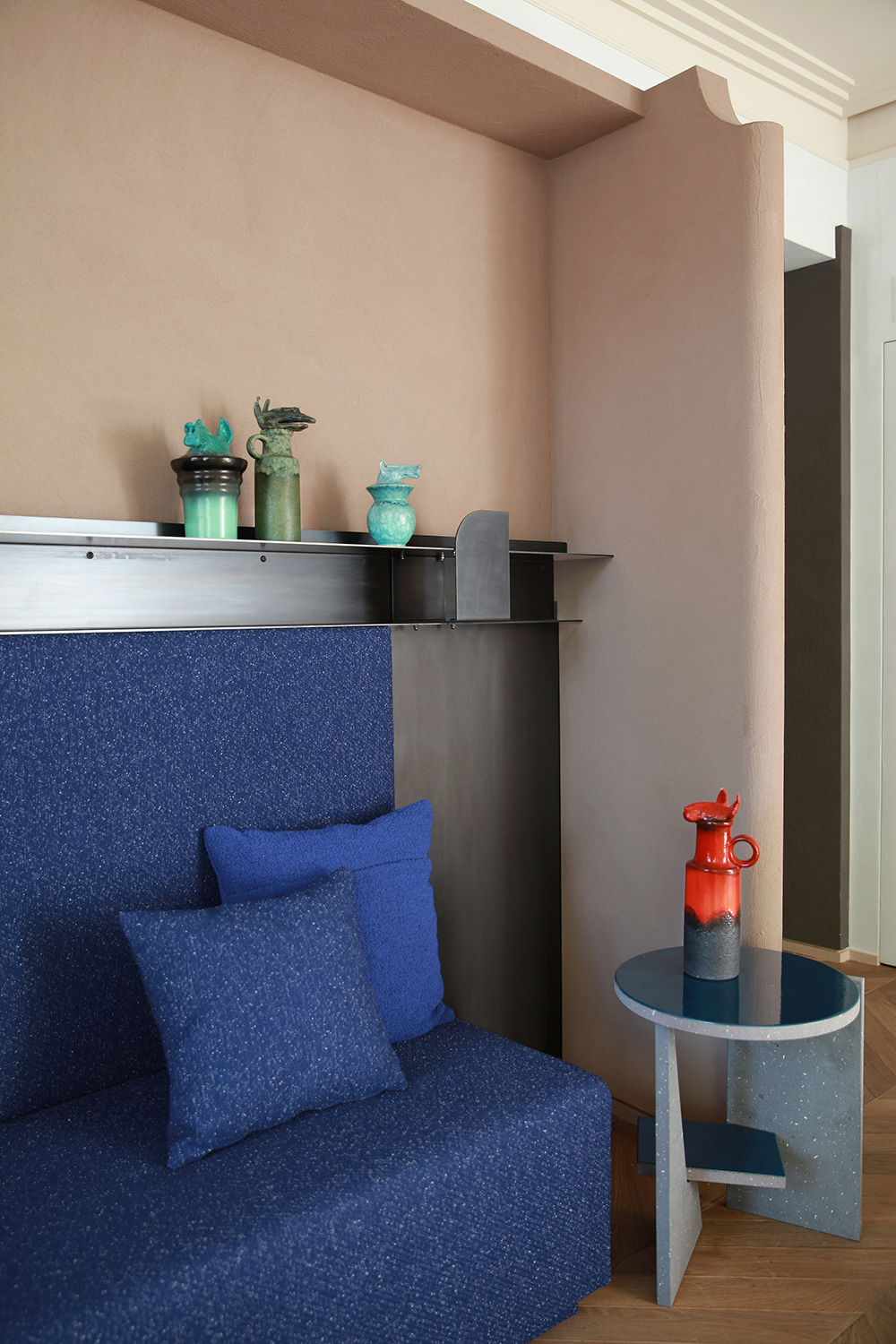 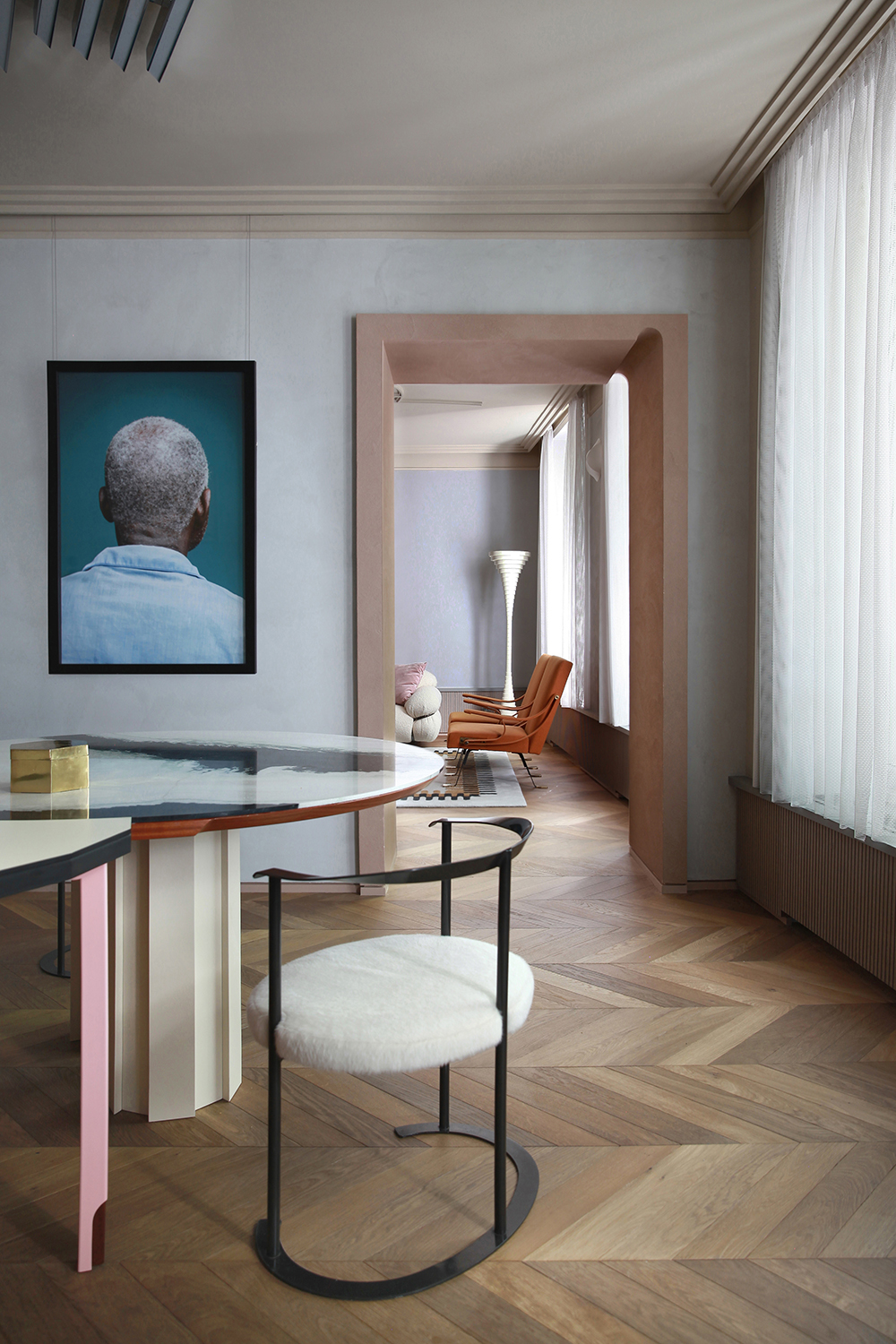 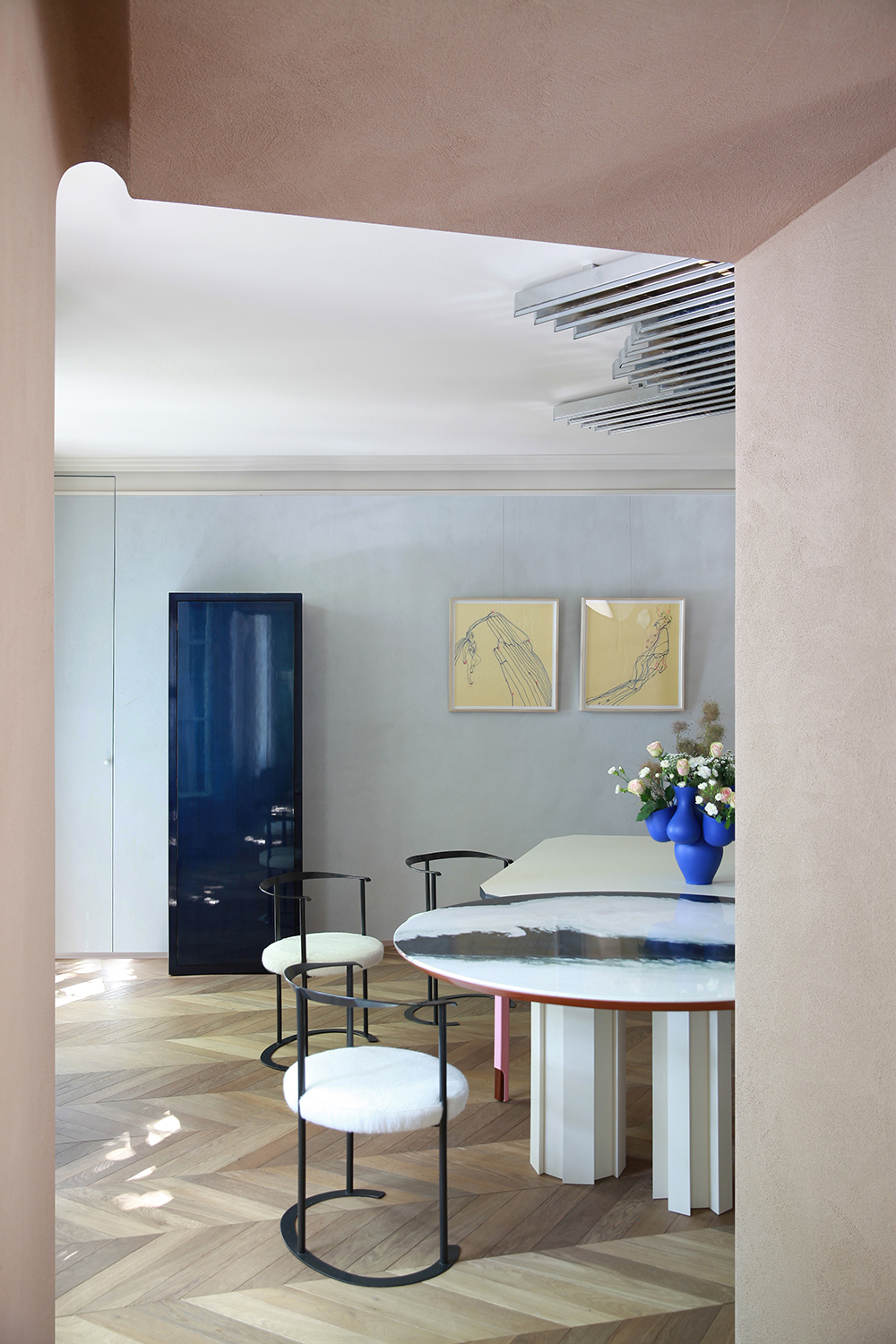 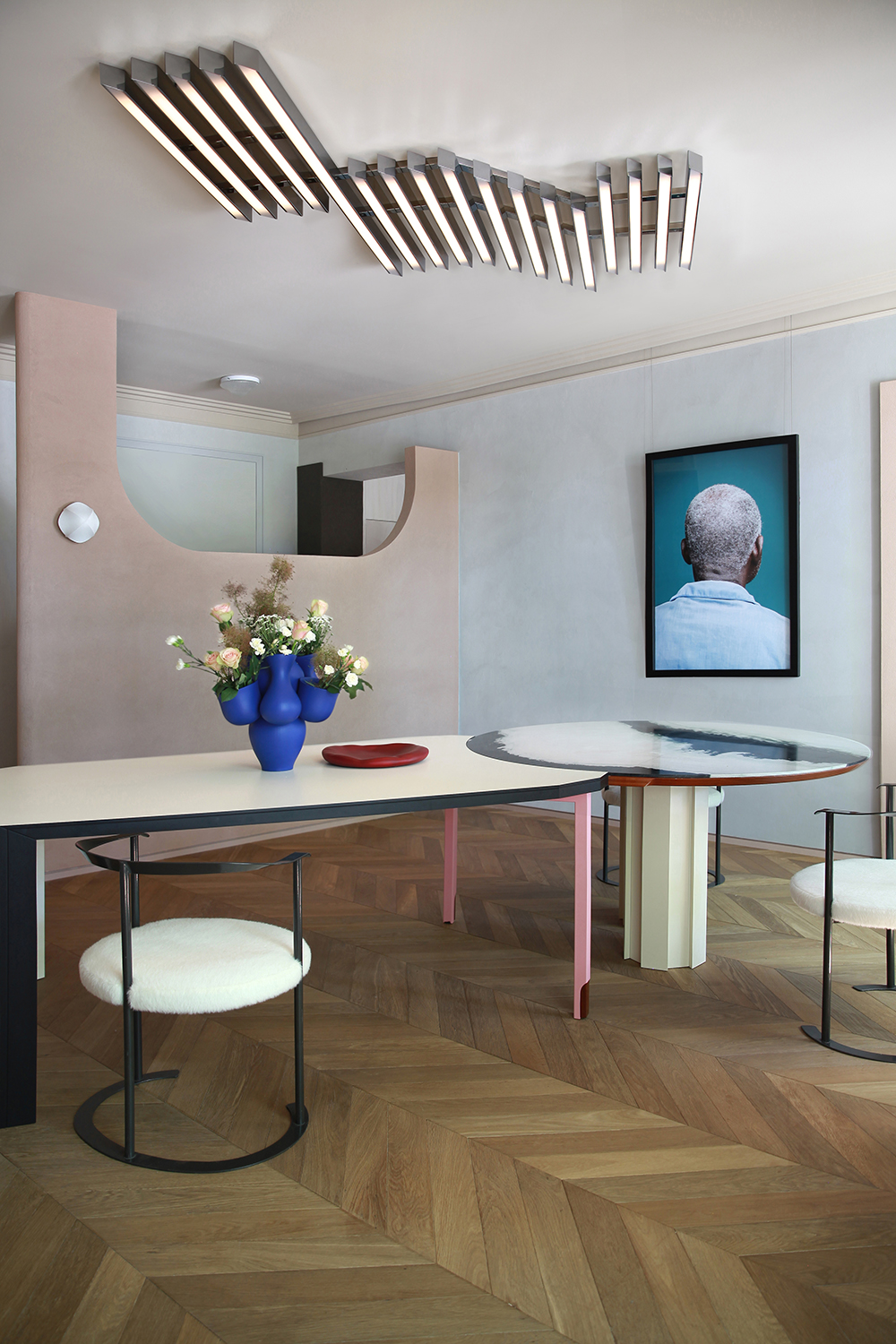 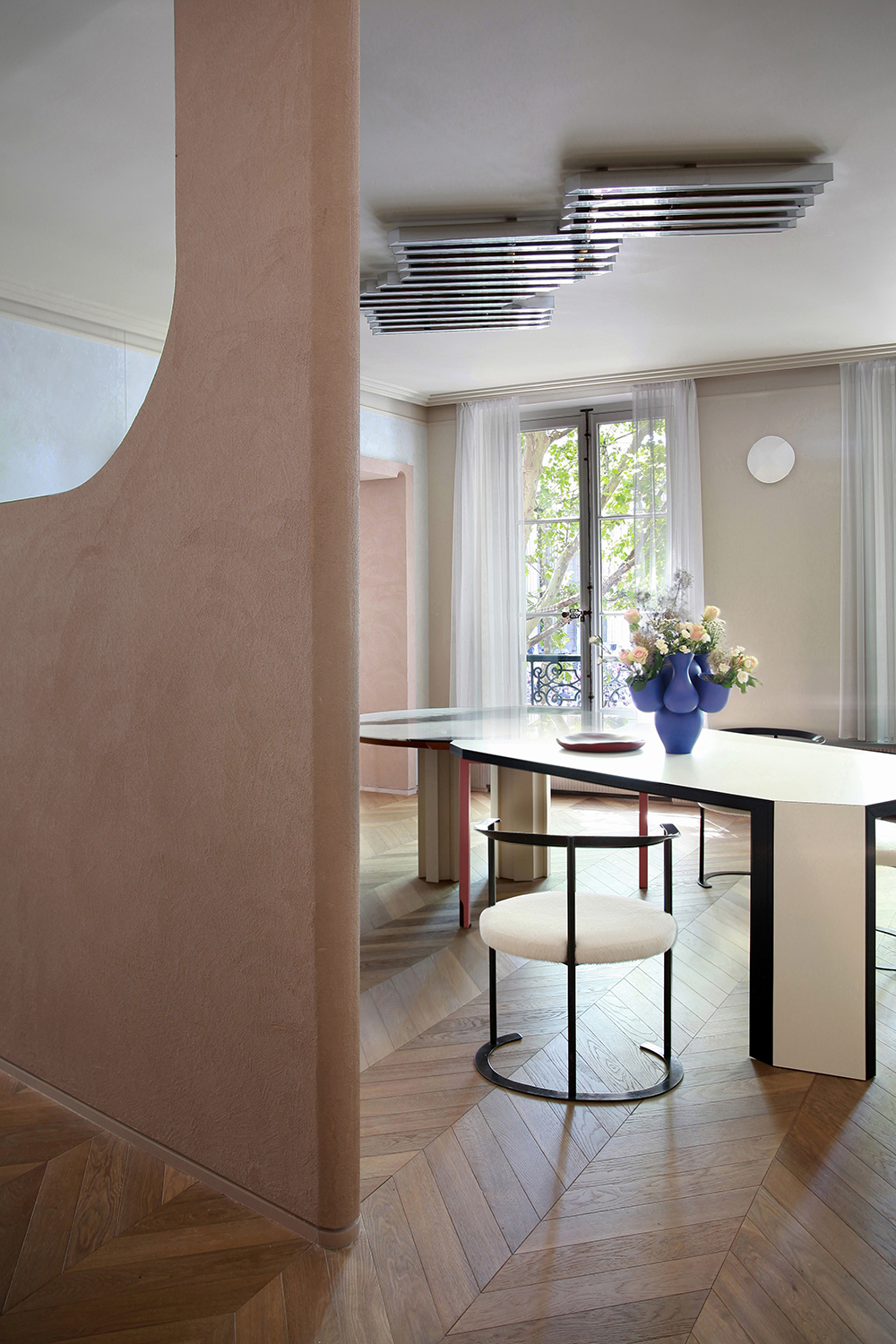 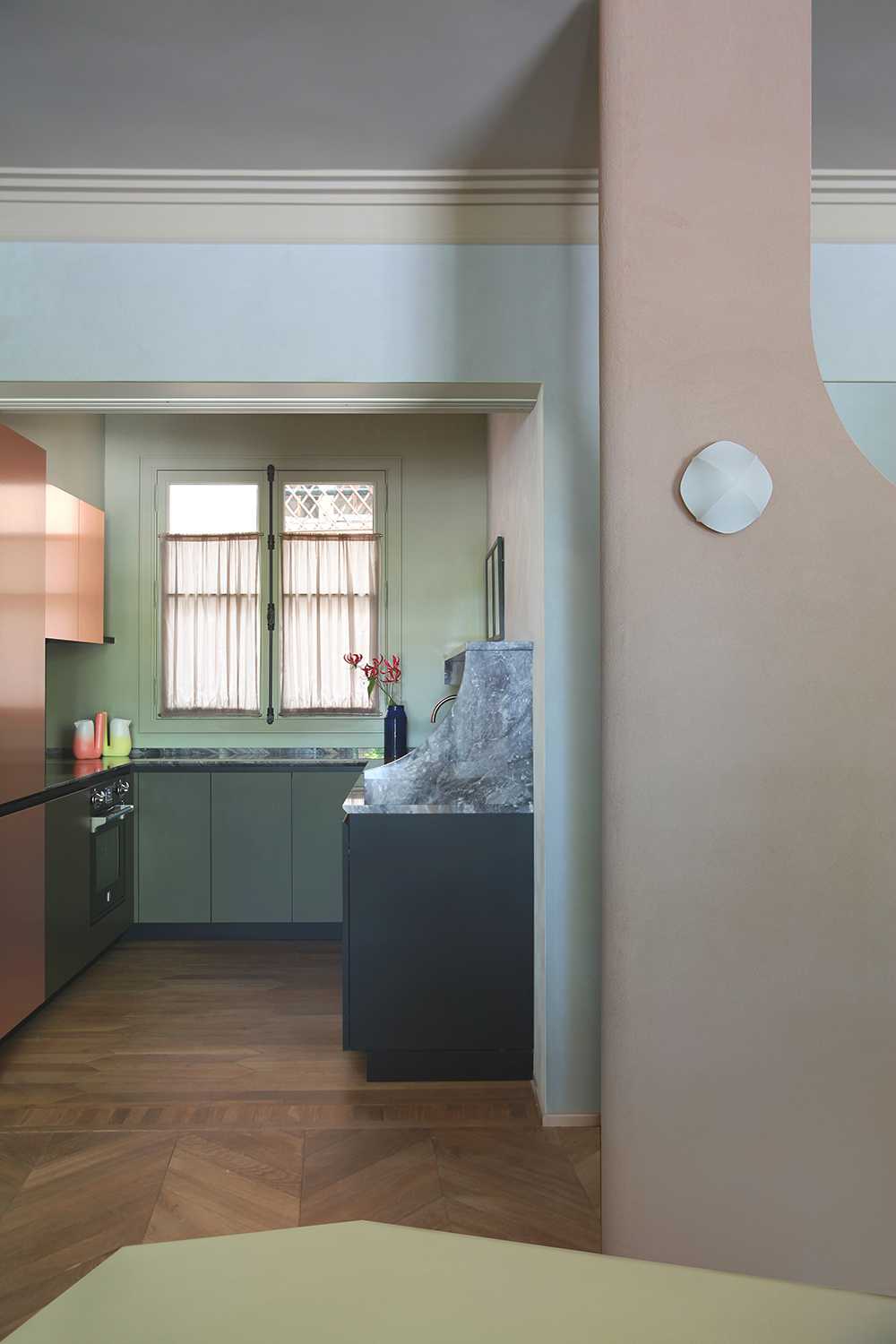 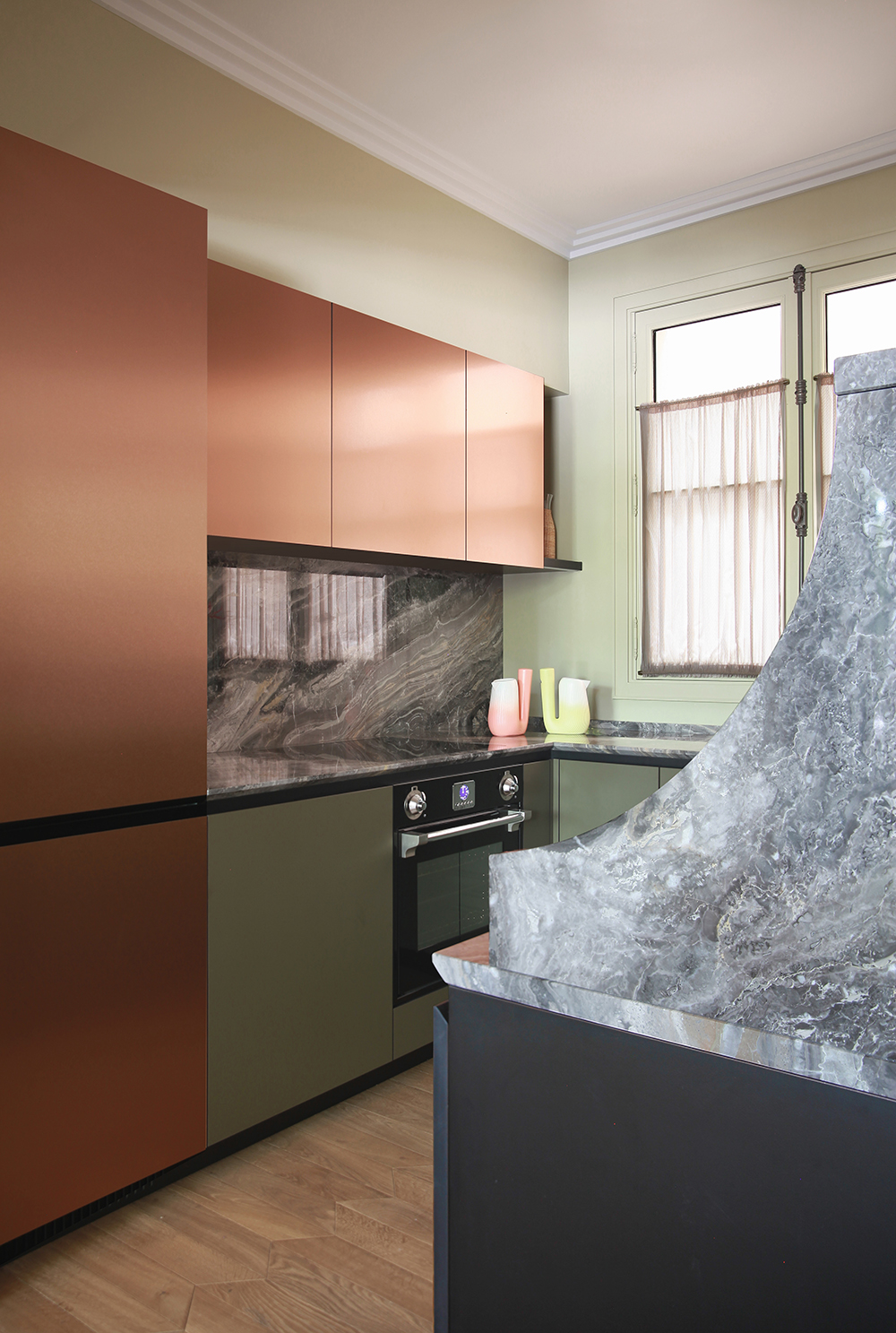 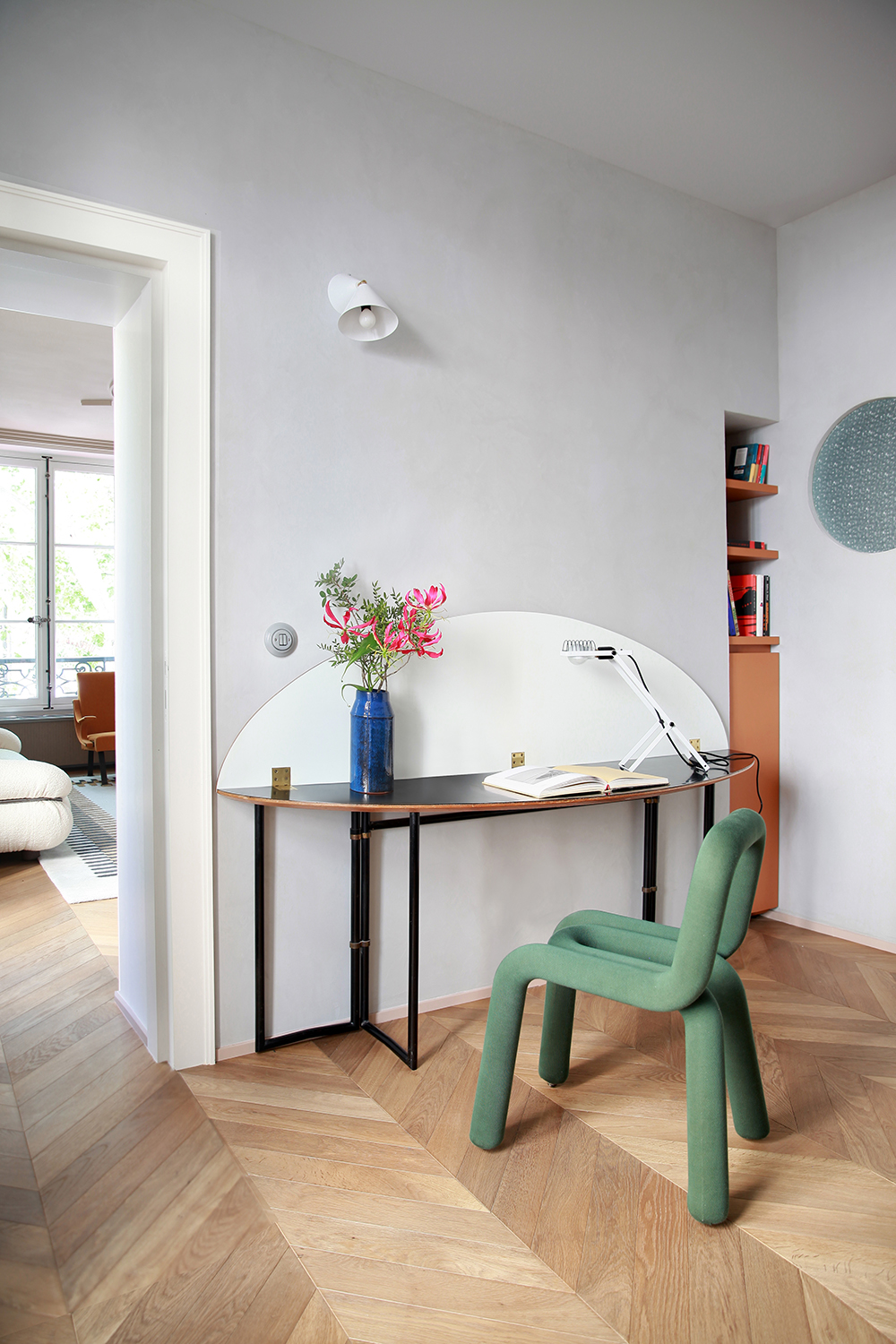 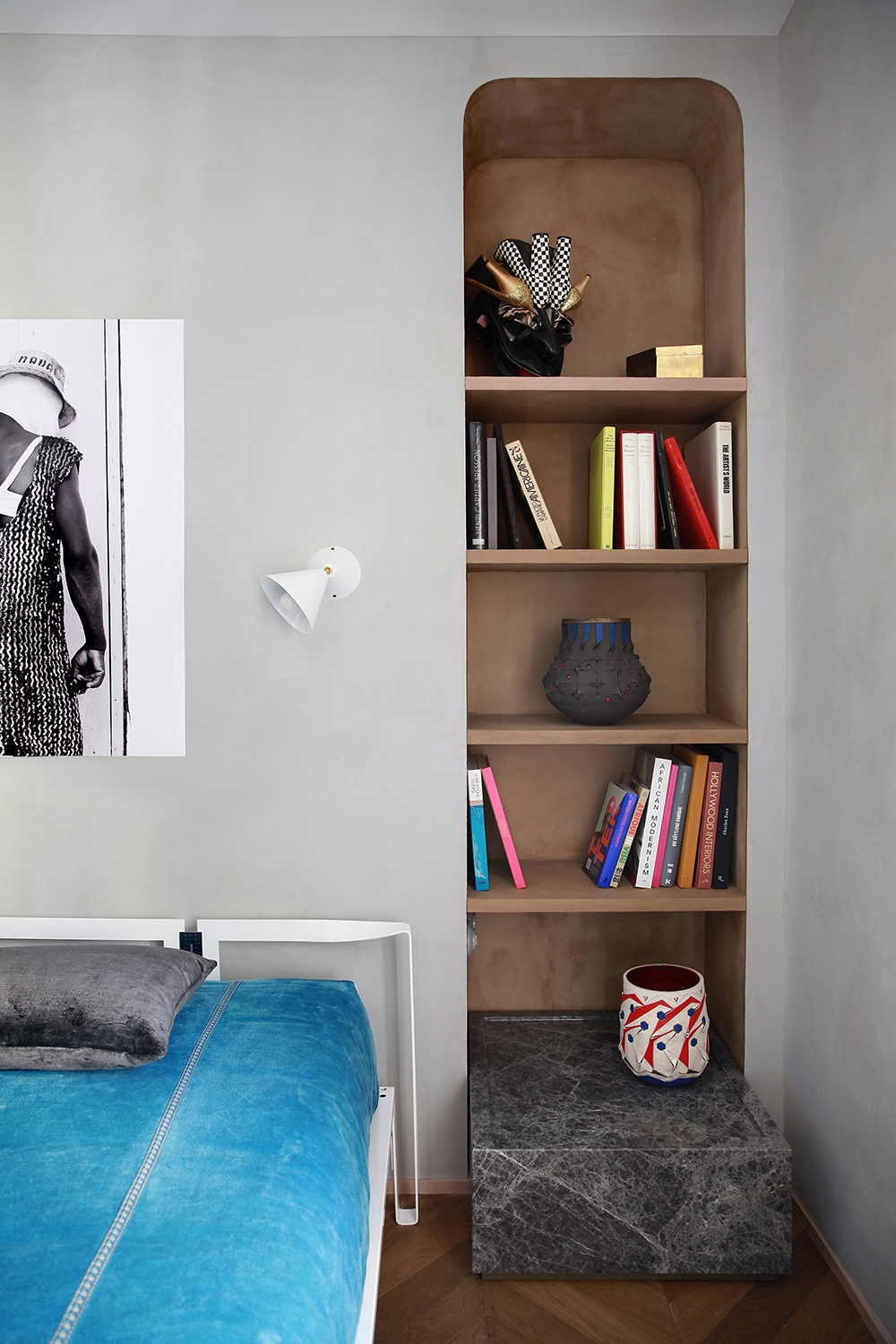 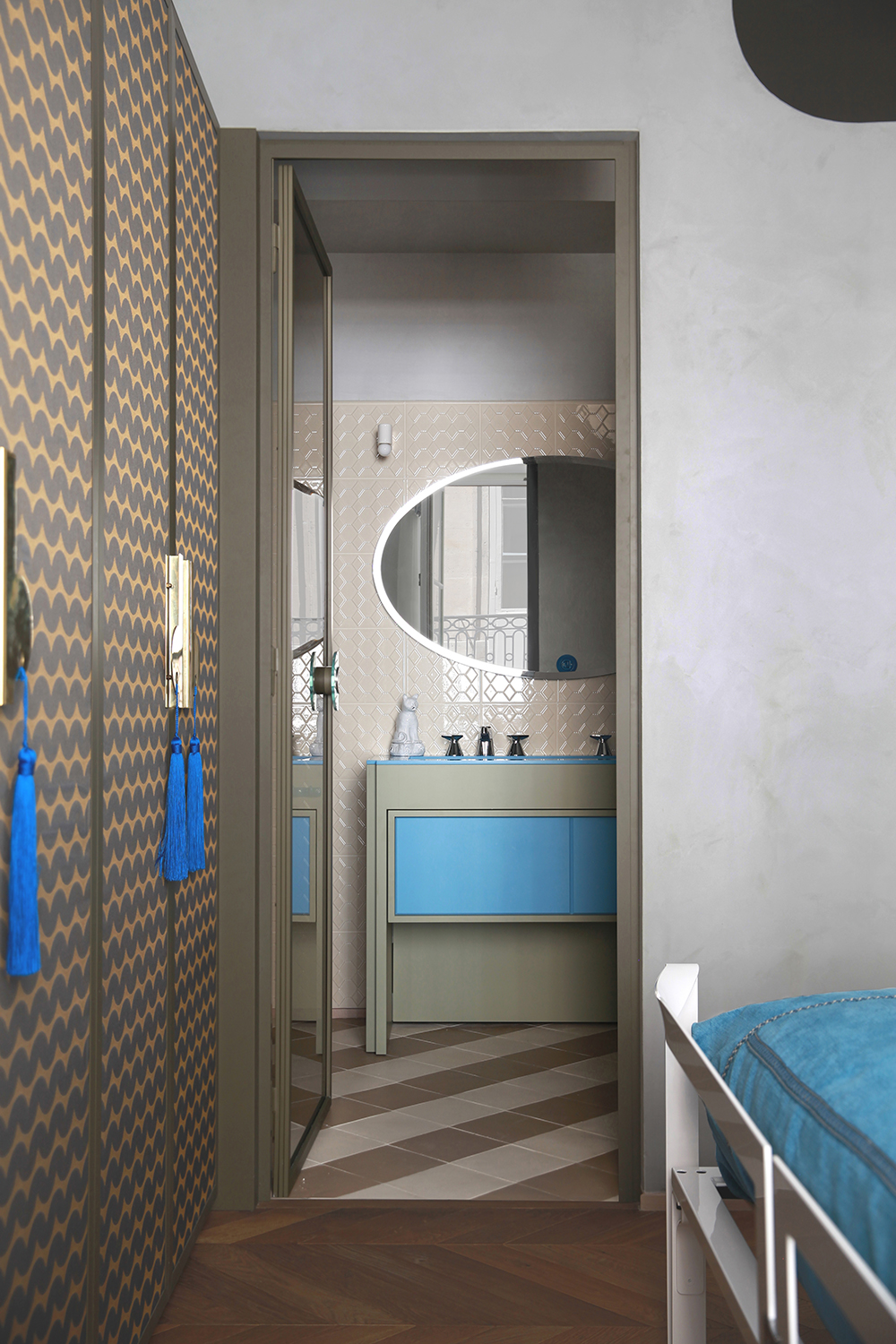 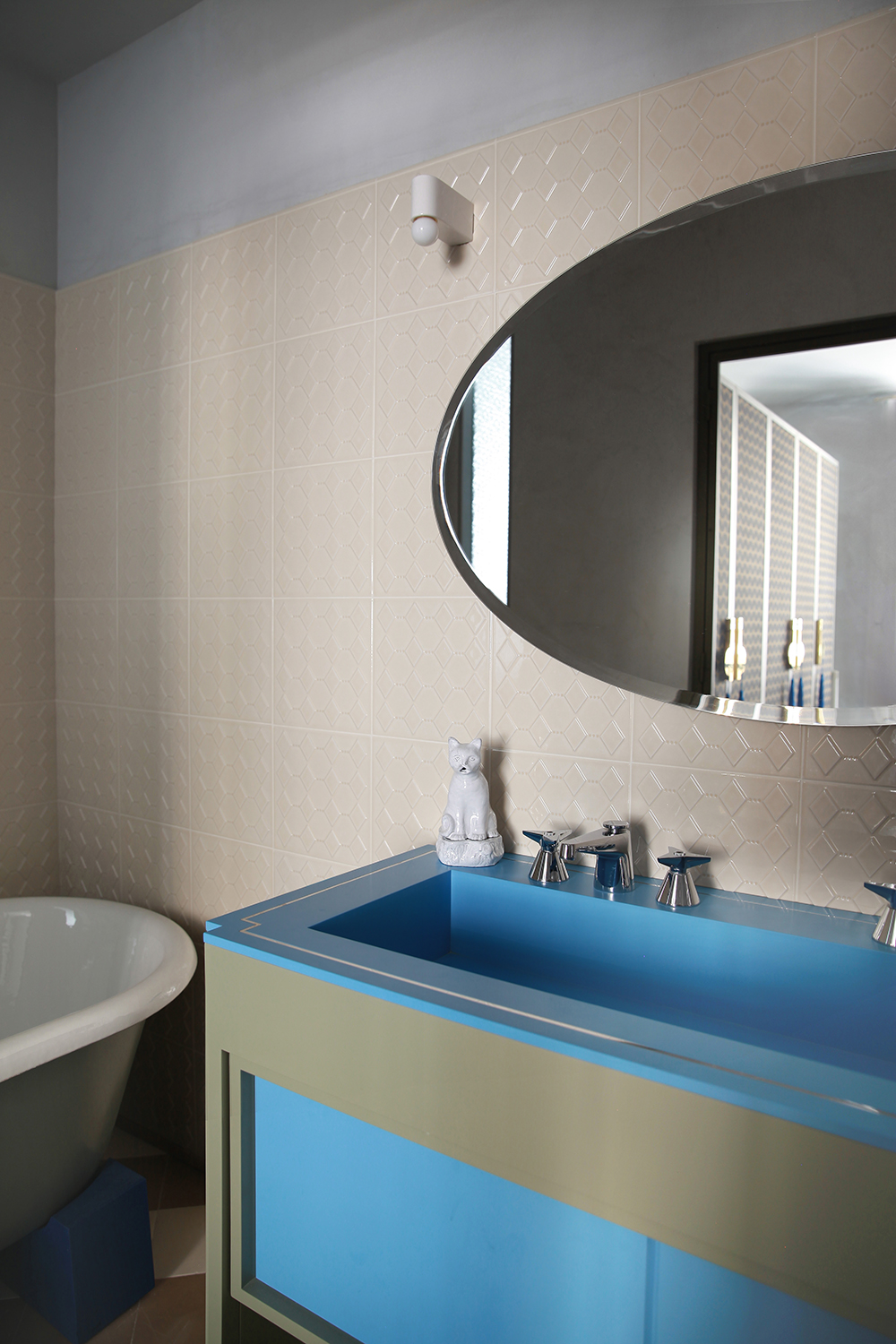 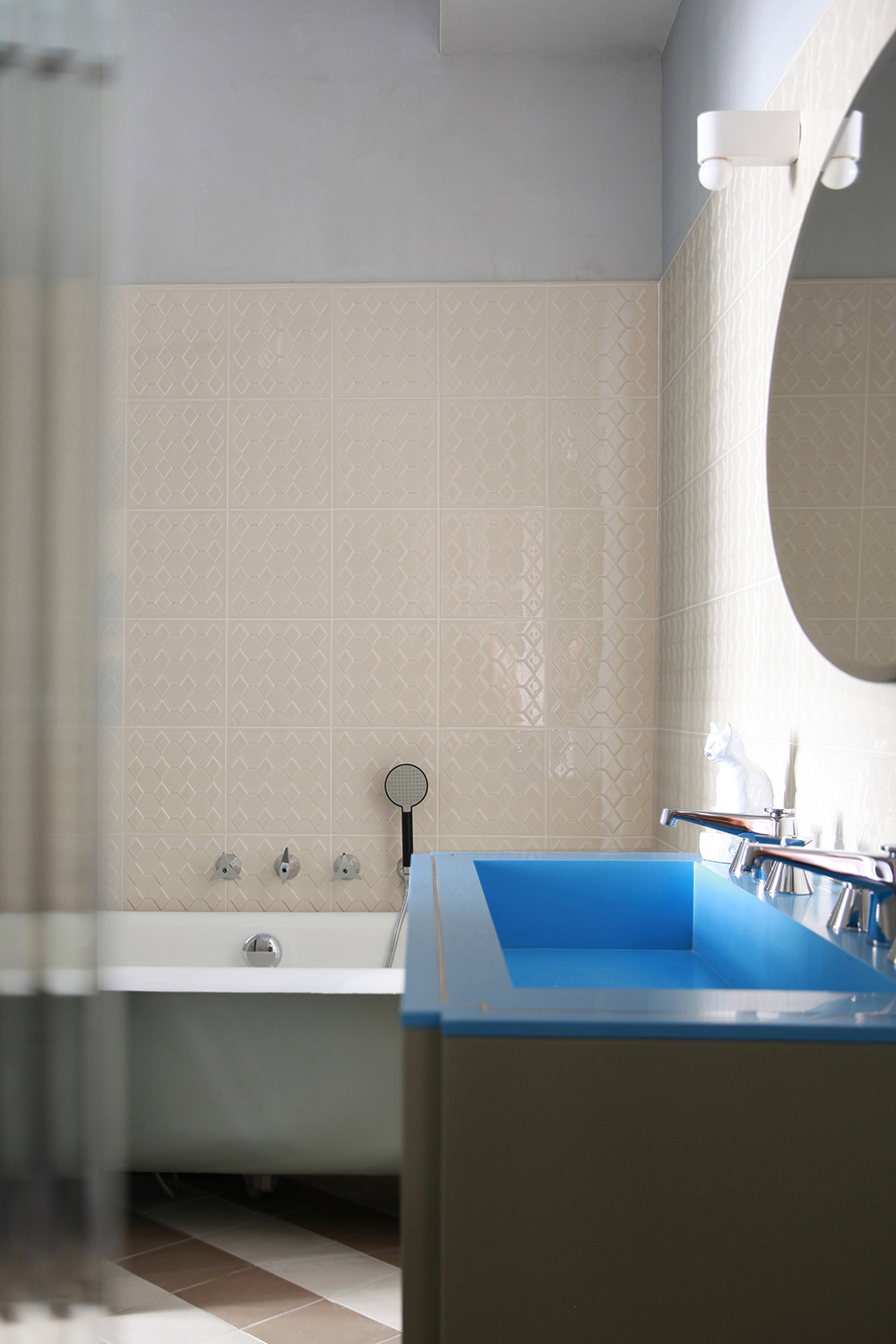 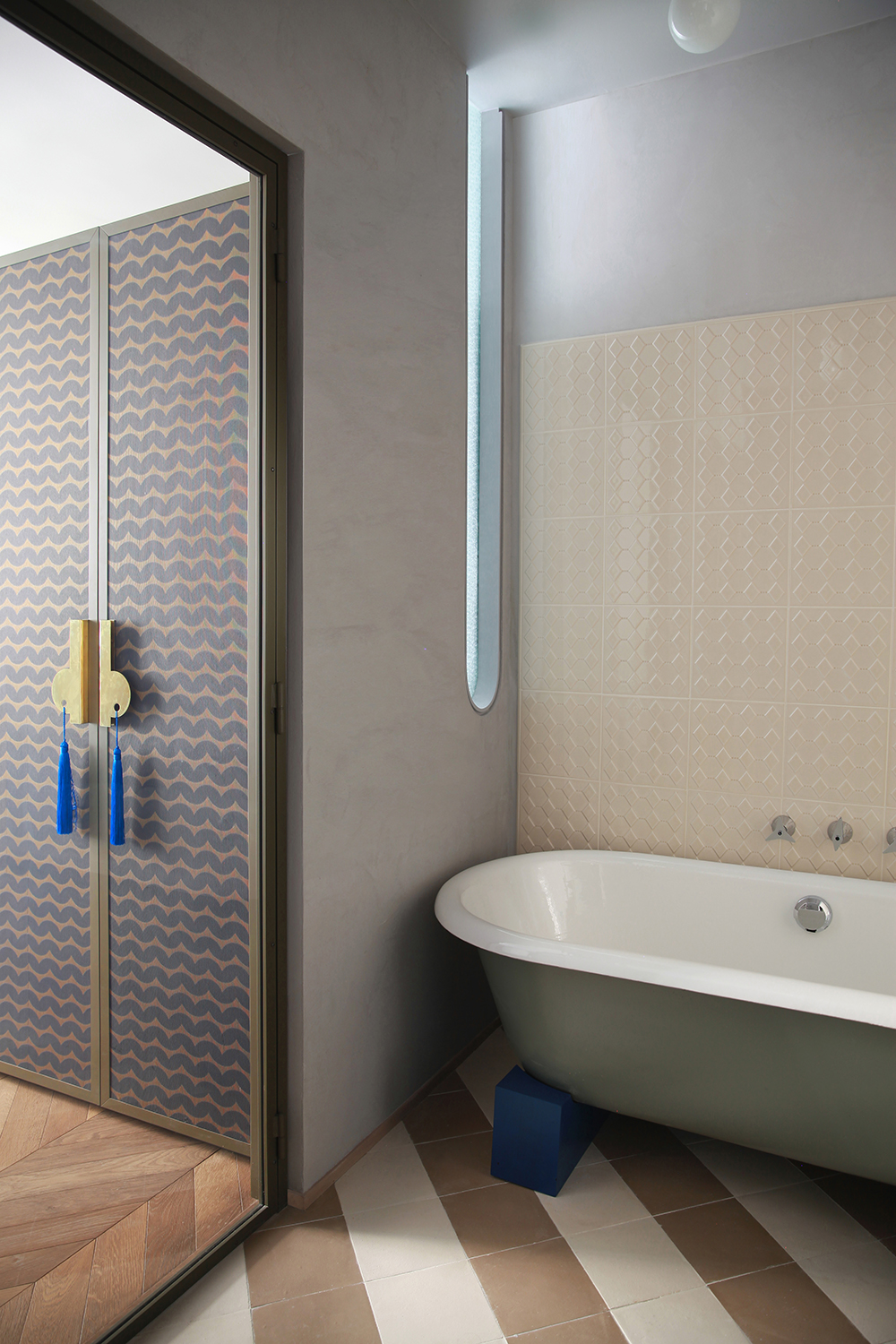 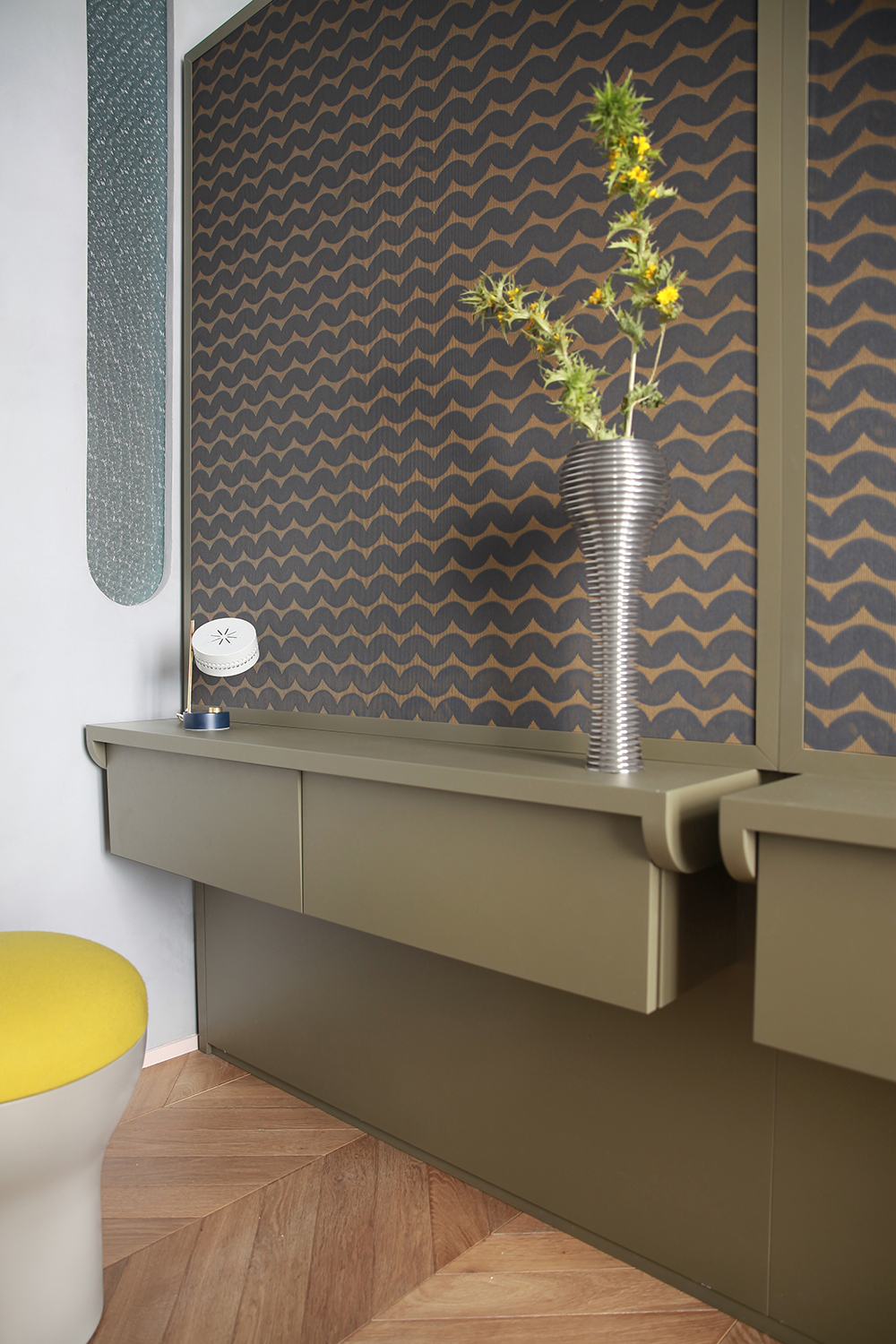 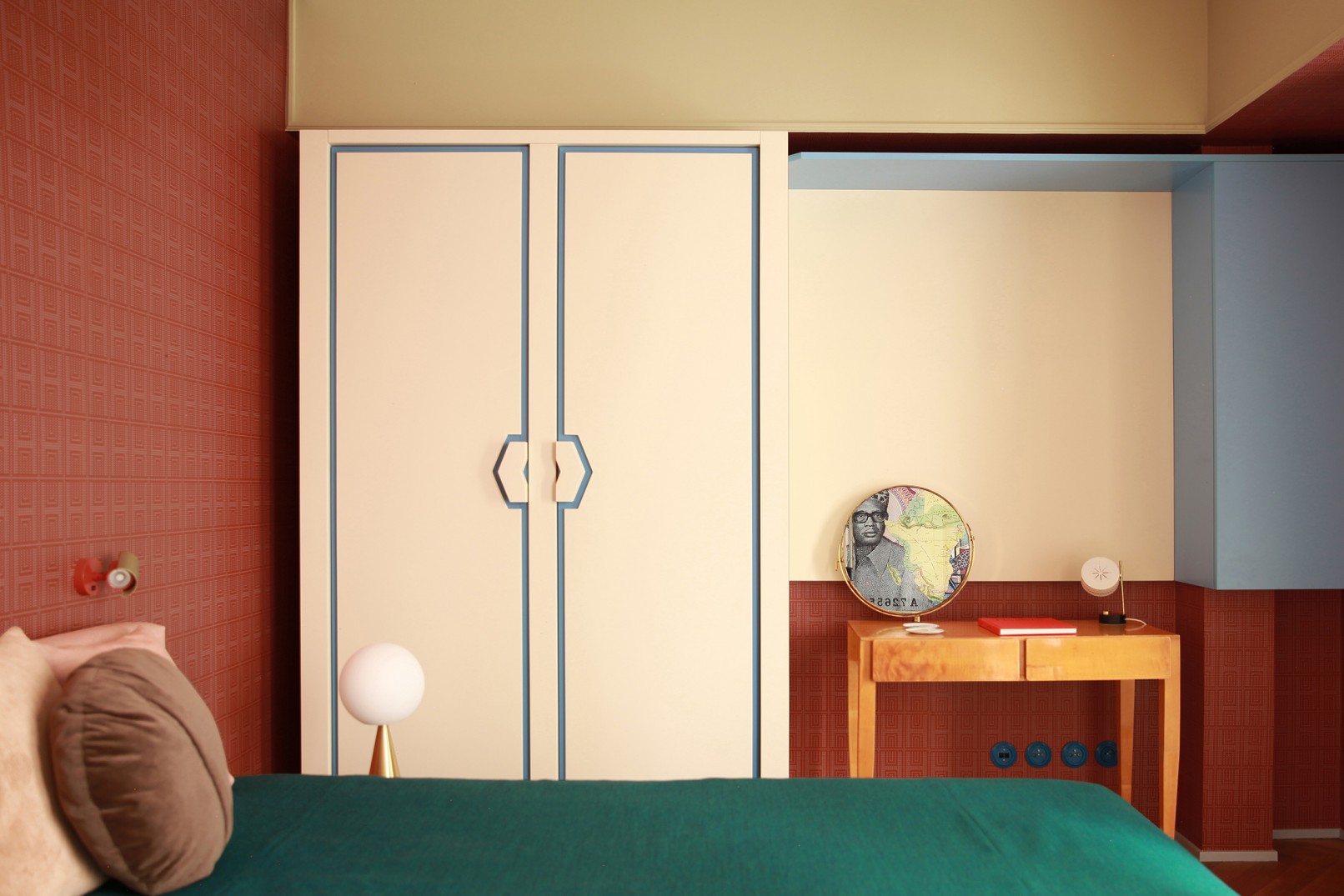 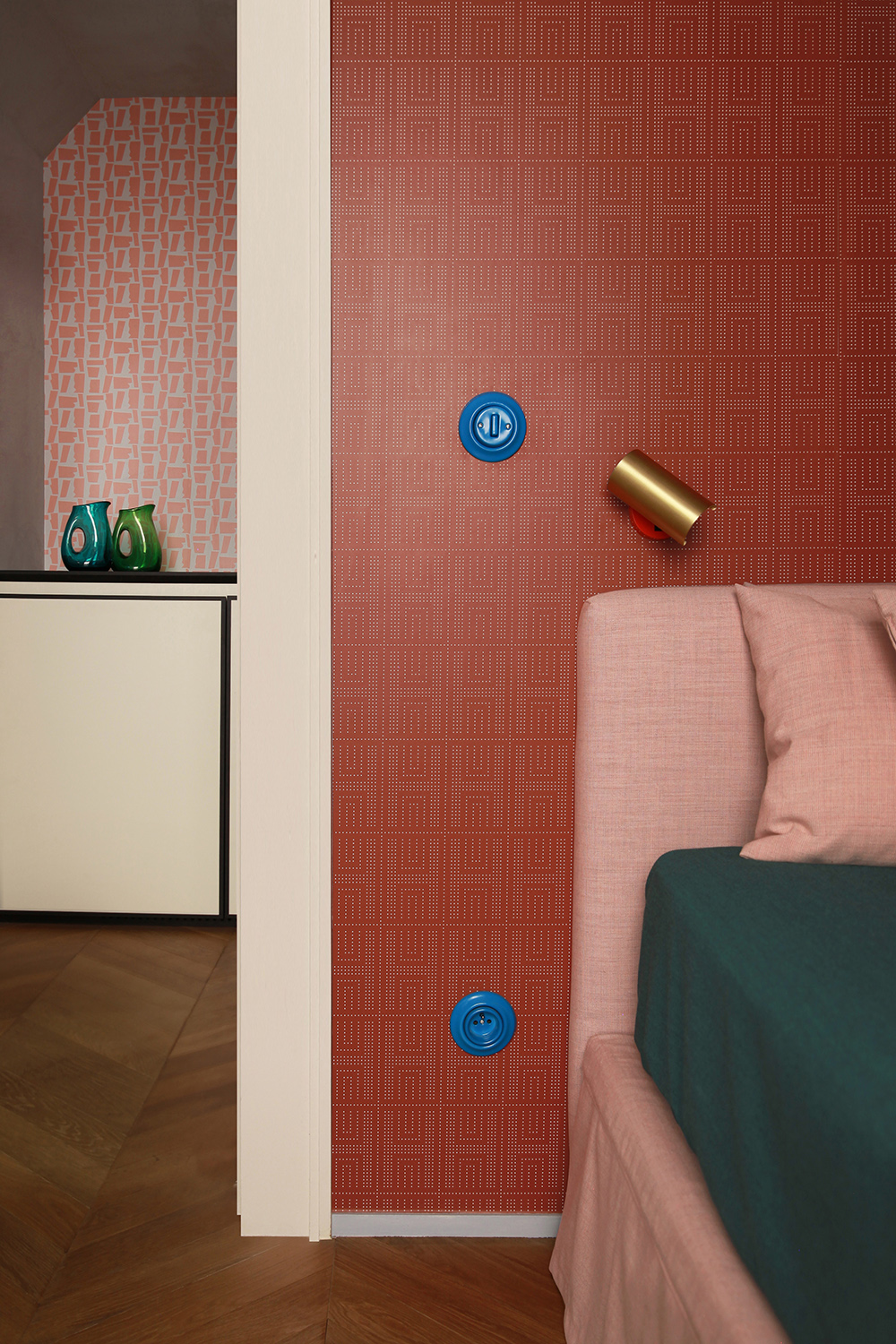 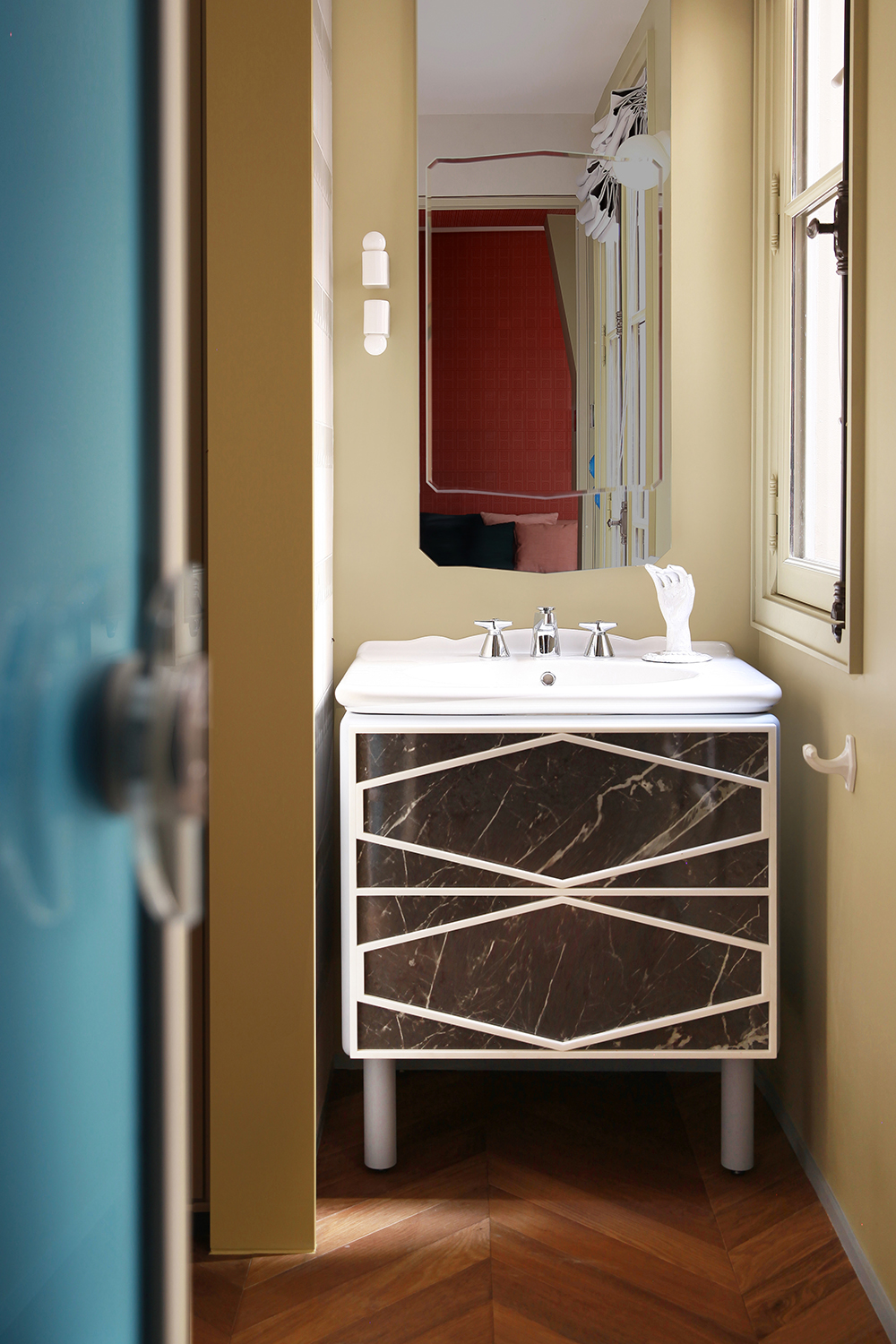 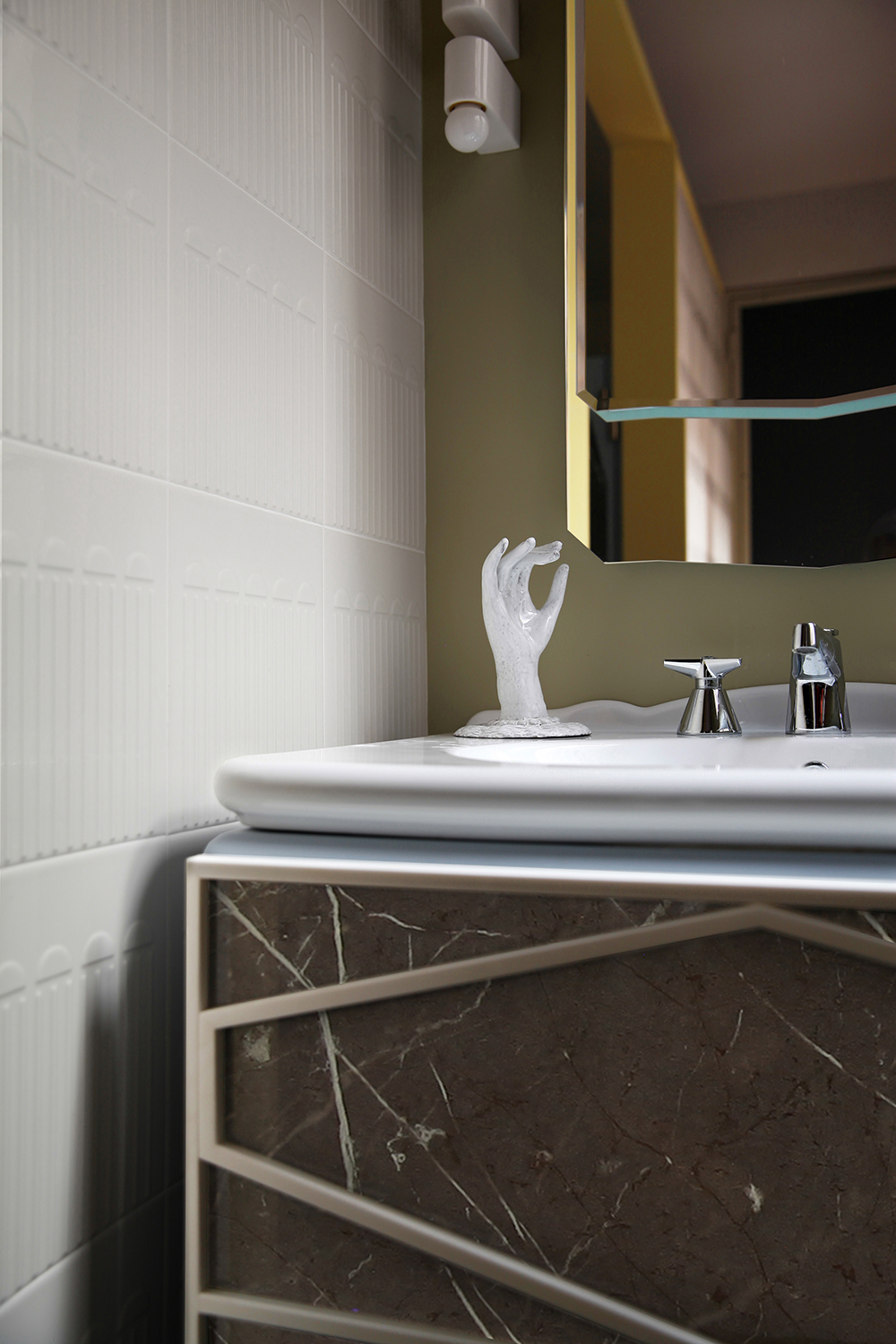 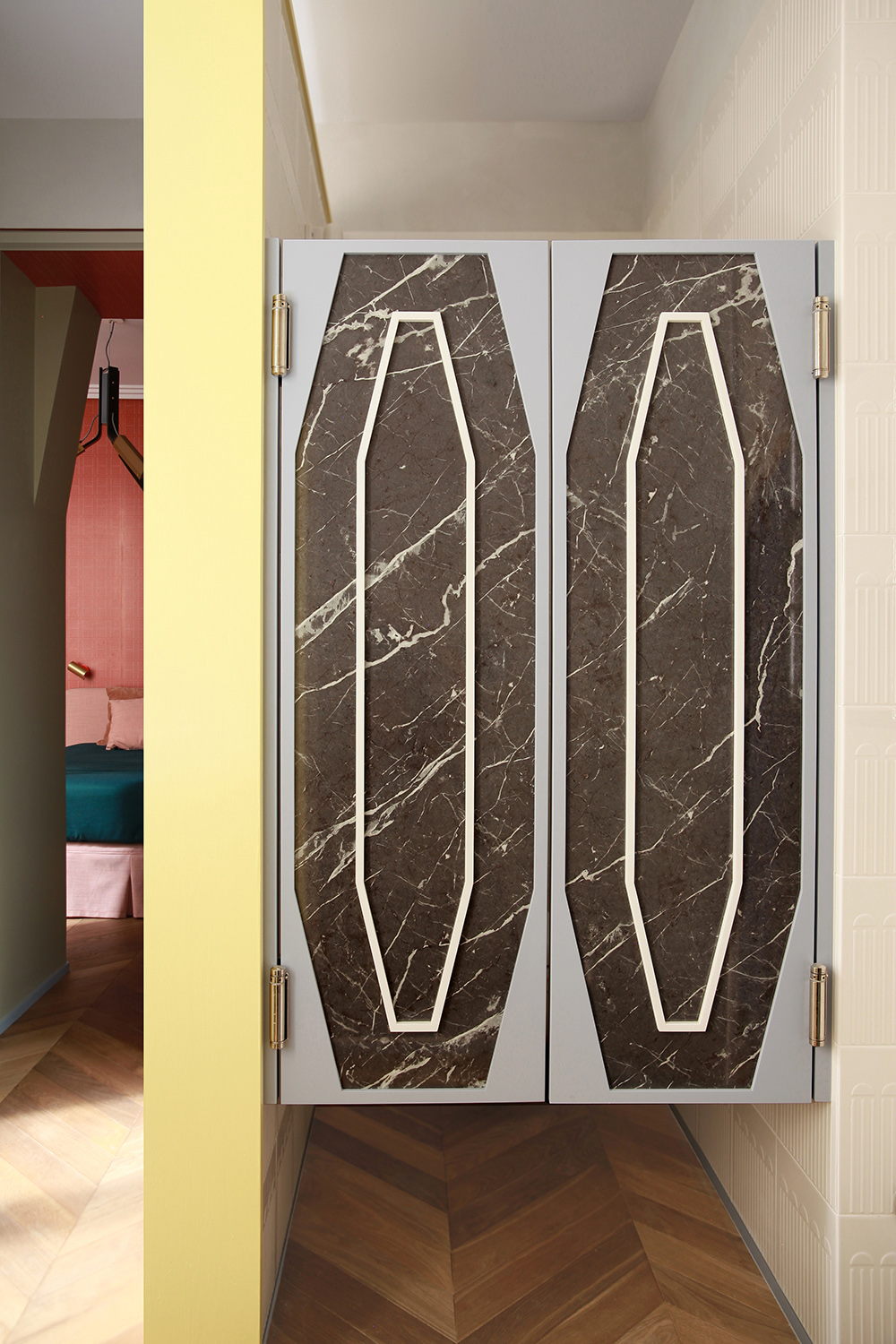 TEOREMA MILANESE
By continuing to browse the site you are agreeing to our use of cookies.