The project by Andrea Marcante and Adelaide Testa for the refurbishing of an apartment of about 160 sqm in the center of Turin attempts to construct an identity in an interior that was completely lacking in character, in spite of the impressive 19th-century outer facade, since it had completely lost its distinctive features from the period of the building’s construction: a tabula rasa as a starting point, to rewrite a story in a delicate balance of citations from the past, reinterpreted and in constant evolution.

The small size of the windows facing the street and the different heights of the rooms immediately suggested a reversal of the traditional functional layout with respect to the outside: the living room and kitchen have been placed towards the tree-lined courtyard (where local building regulations permit the enlargement of windows to make glass doors), while the bedrooms and bathrooms have been shifted towards the main facade, with the addition of a loft zone to create a studio and a closet.

On one side, rediscovered dignity for the living area, thanks to the relationship with the outside, the height of the ceilings and the new seminato flooring; on the other, maximum rationalization of space, to bring functional quality to the bedroom-bath zone. The passage between the two dimensions is emphasized by the two-story volume of the kitchen/laundry: a work of architecture inside architecture, from which metal frames extend to create new visual trajectories, but above all to act as tools capable of dividing the perception of spaces for entertaining, food consumption and preparation, without physical barriers that would reduce the space, the light and the view towards the outside.

The division is not only made in terms of the different areas in the plan: the project is also vertically layered through three levels that form different backdrops, as was customary in the past, in order to highlight – starting from below – first the furnishings ordered by the design of the seminato floors, then the system of metal frames that support the lighting fixtures and generate axes of light, and finally the plaster frames arranged on the wall, separating and enhancing the various pastel tones of the surfaces, and on the ceiling, where they echo the positioning of the furnishings below.

The details referencing the past are clearly displayed: the plaster frames, like the seminato, seem to have always been there, though on closer observation the decoration on the ceiling is off-center with respect to the table, the design of the floor has a clear modern matrix, while the design of the kitchen, on the other hand, has an unabashed contemporary look, relying on textures and materials that accompany existing furnishings like the table and chairs already owned by the clients.

A home of light and shadows, with perceptive “leaps” between the daytime area and the bedroom zone, where still empty parts alternate with others packed with functions, and the large openings towards the outside world of the living area form a contrast with the “loophole” frames offering a view of the tree-lined avenue below from the bedrooms: a house where the future is also in the past, when filtered by the present… just little bits of history repeating….

Custom made bed with Kvadrat upholstering, bedcover by Sergio Perrero, side table Cicognino by Albini (Cassina), armchair by Mario Botta for Alias

project: A. Marcante/ A. Testa

**Please note that all images are protected by copyright and it is not allowed to use them without the permission of the author.** 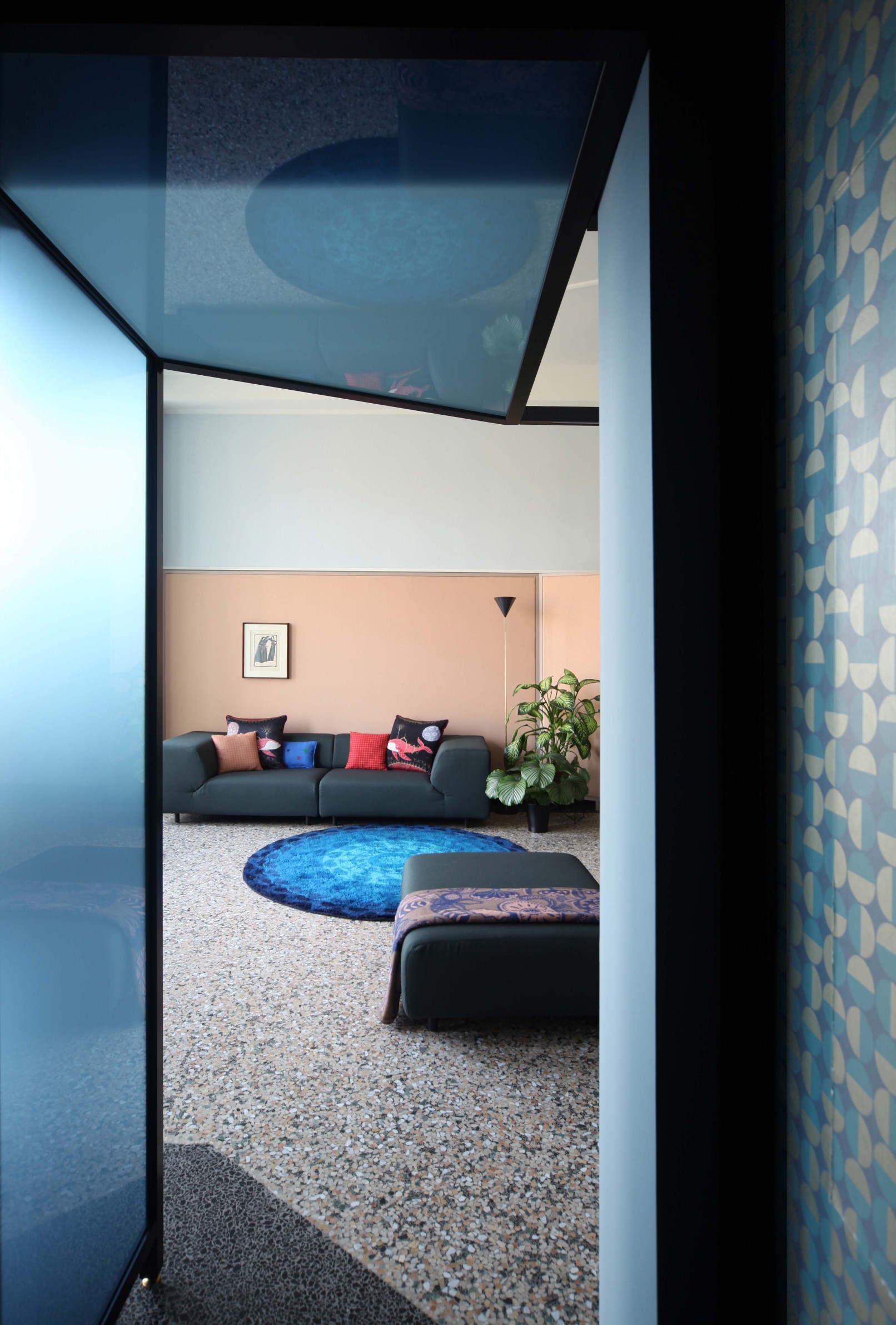 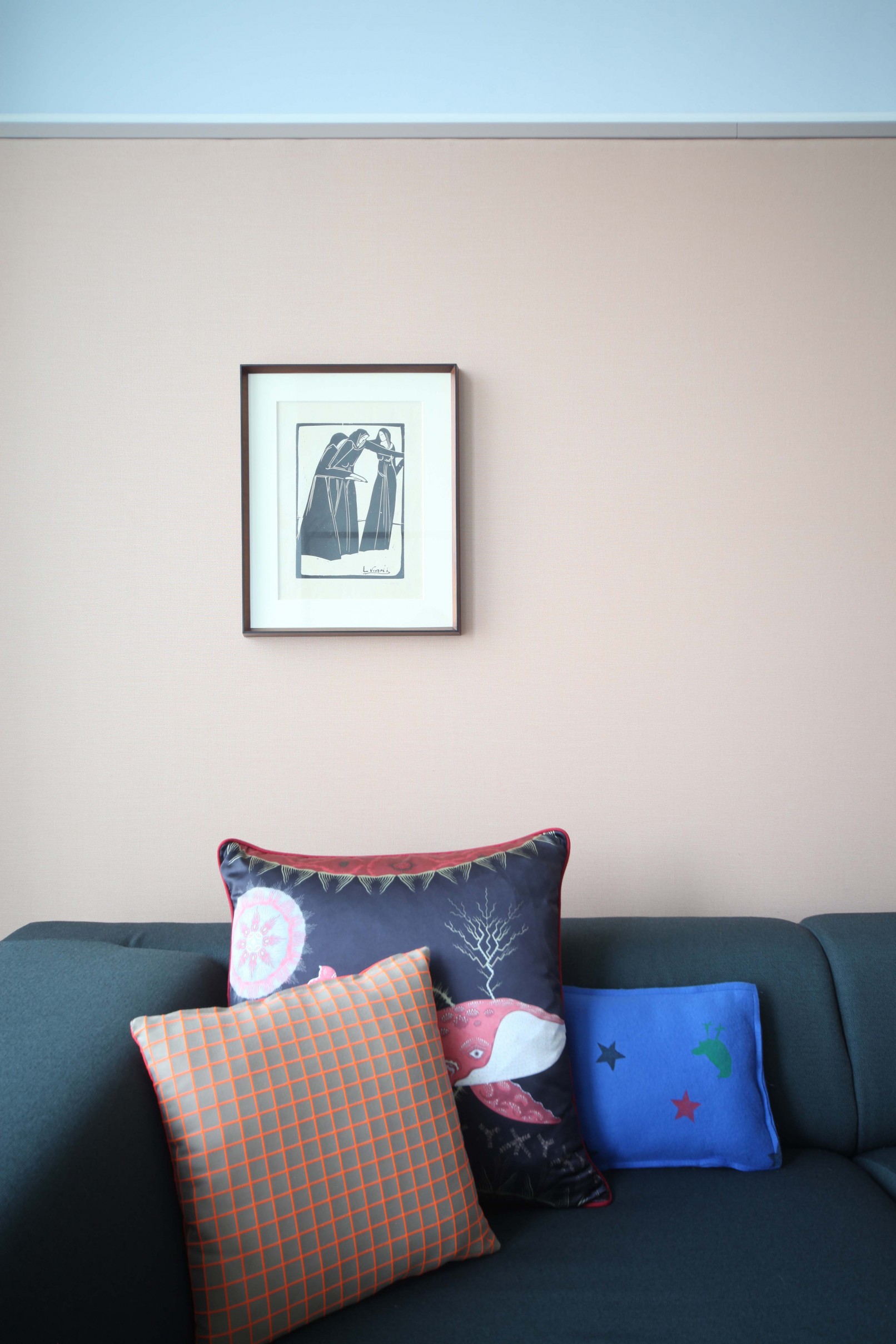 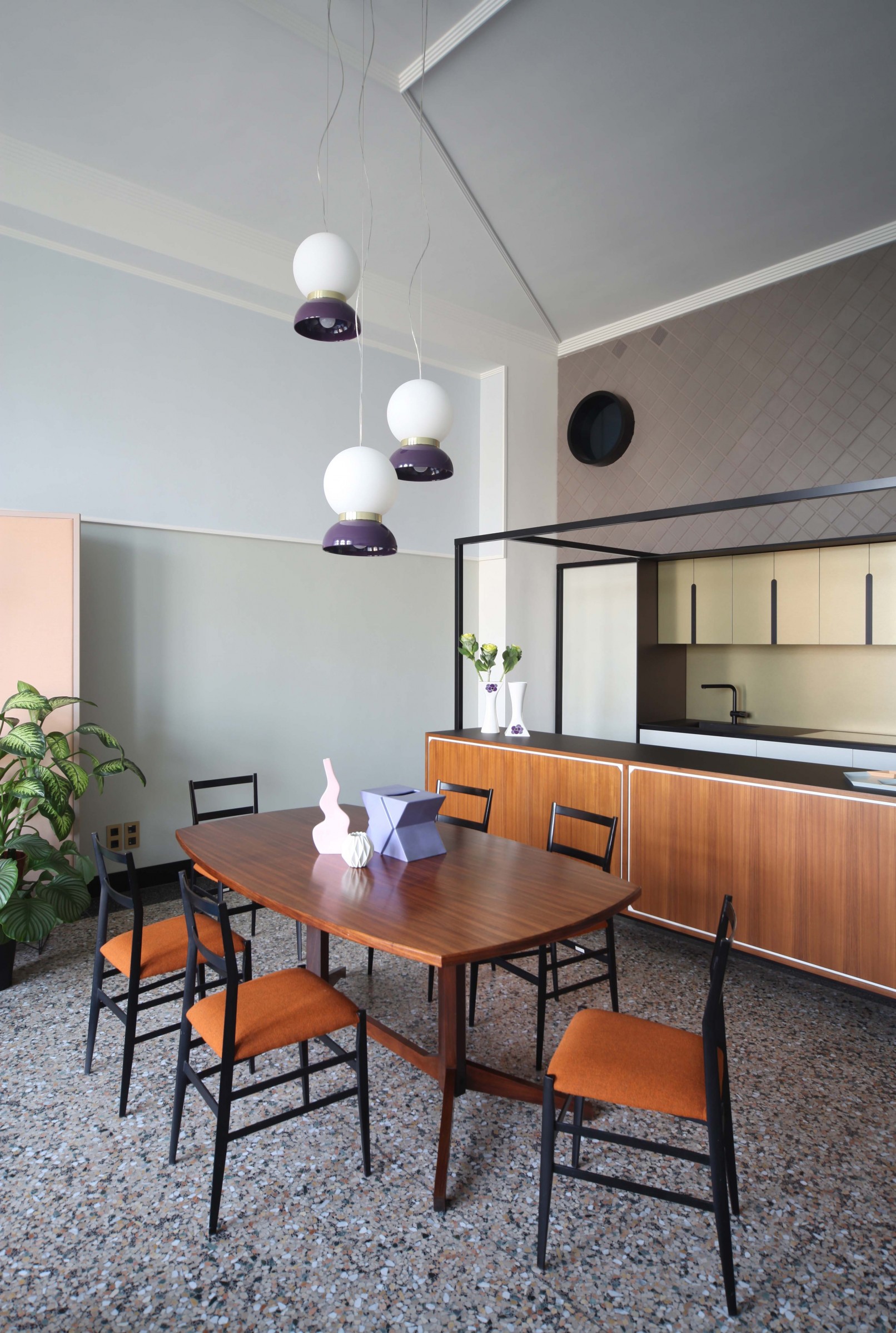 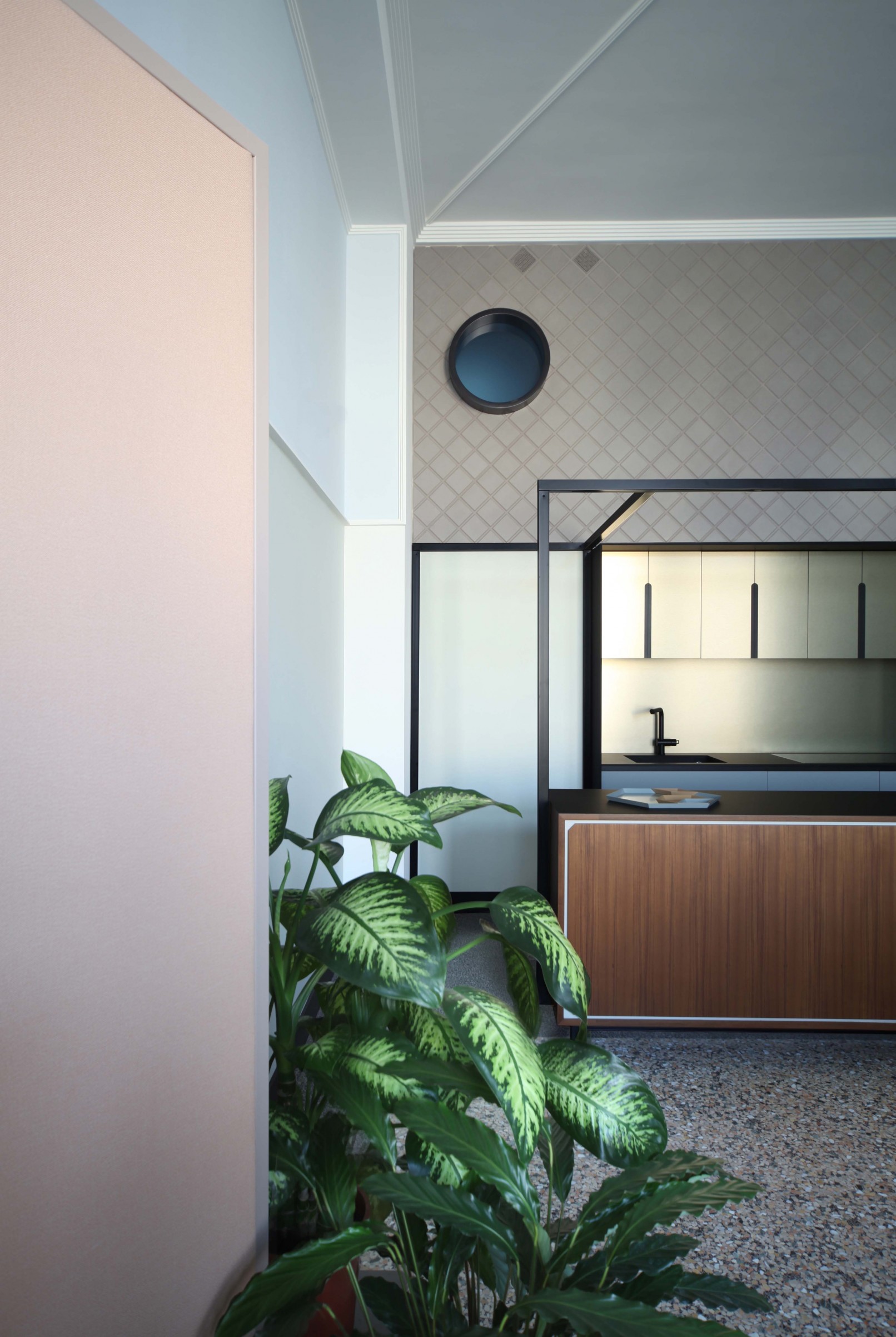 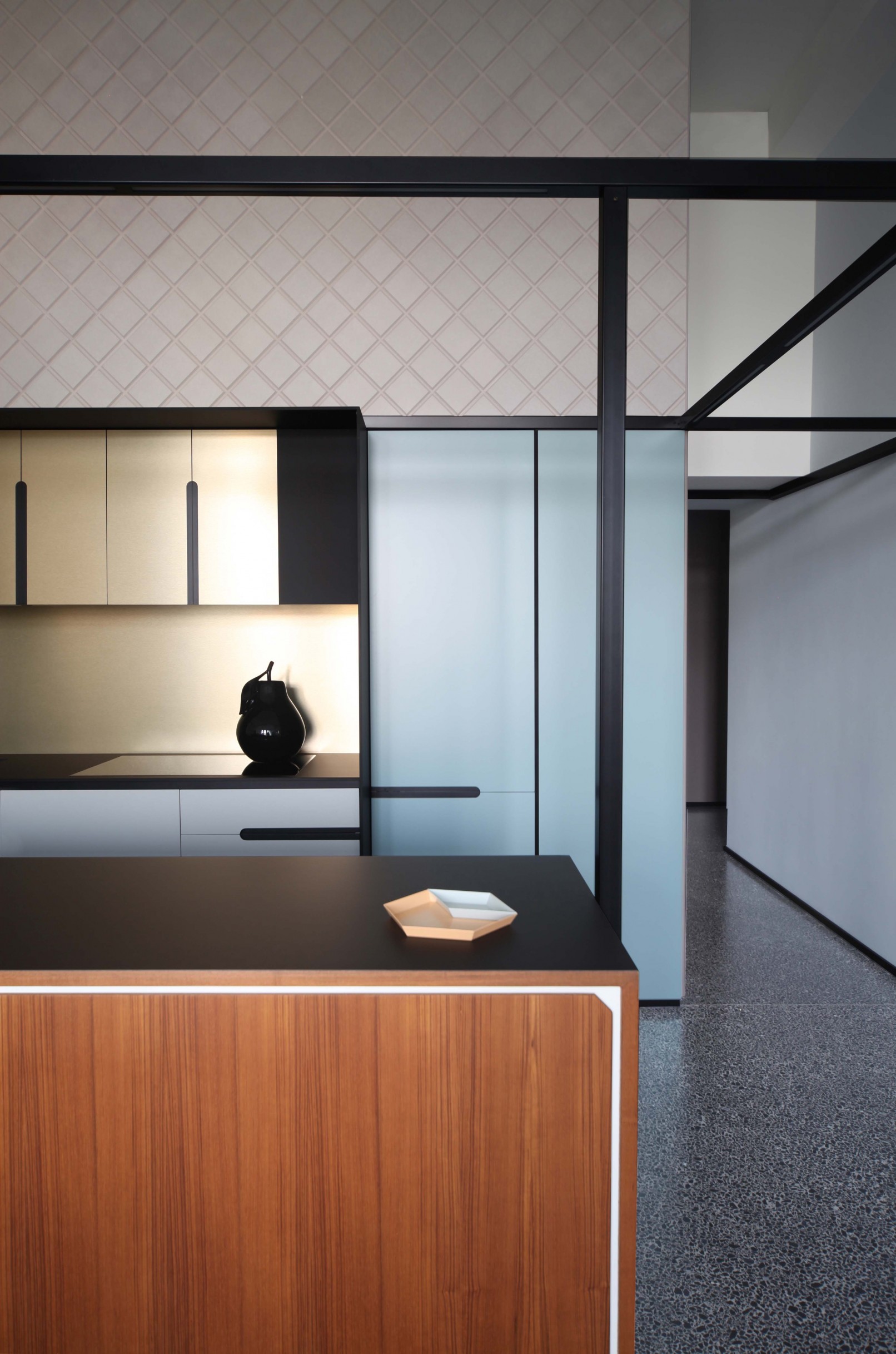 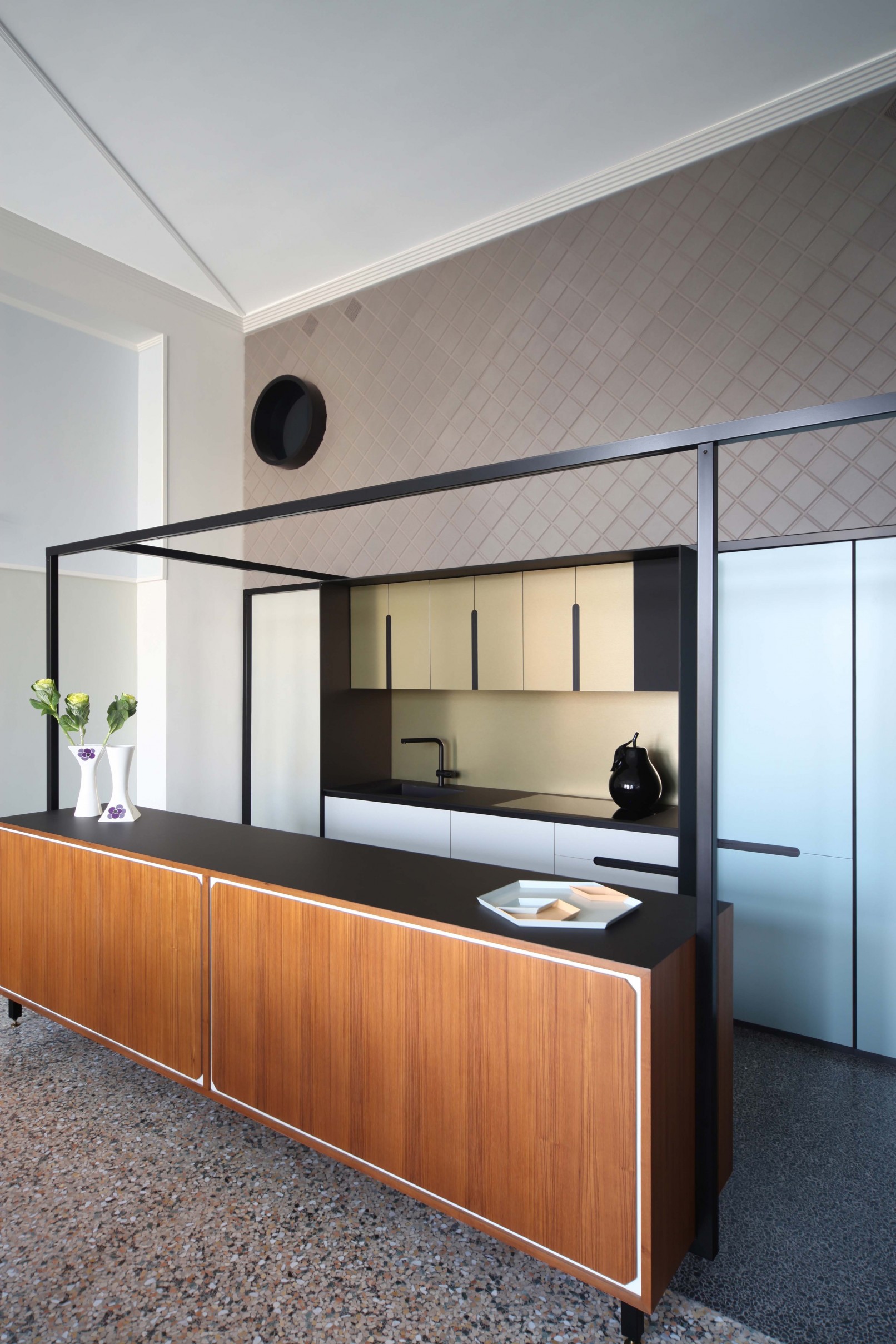 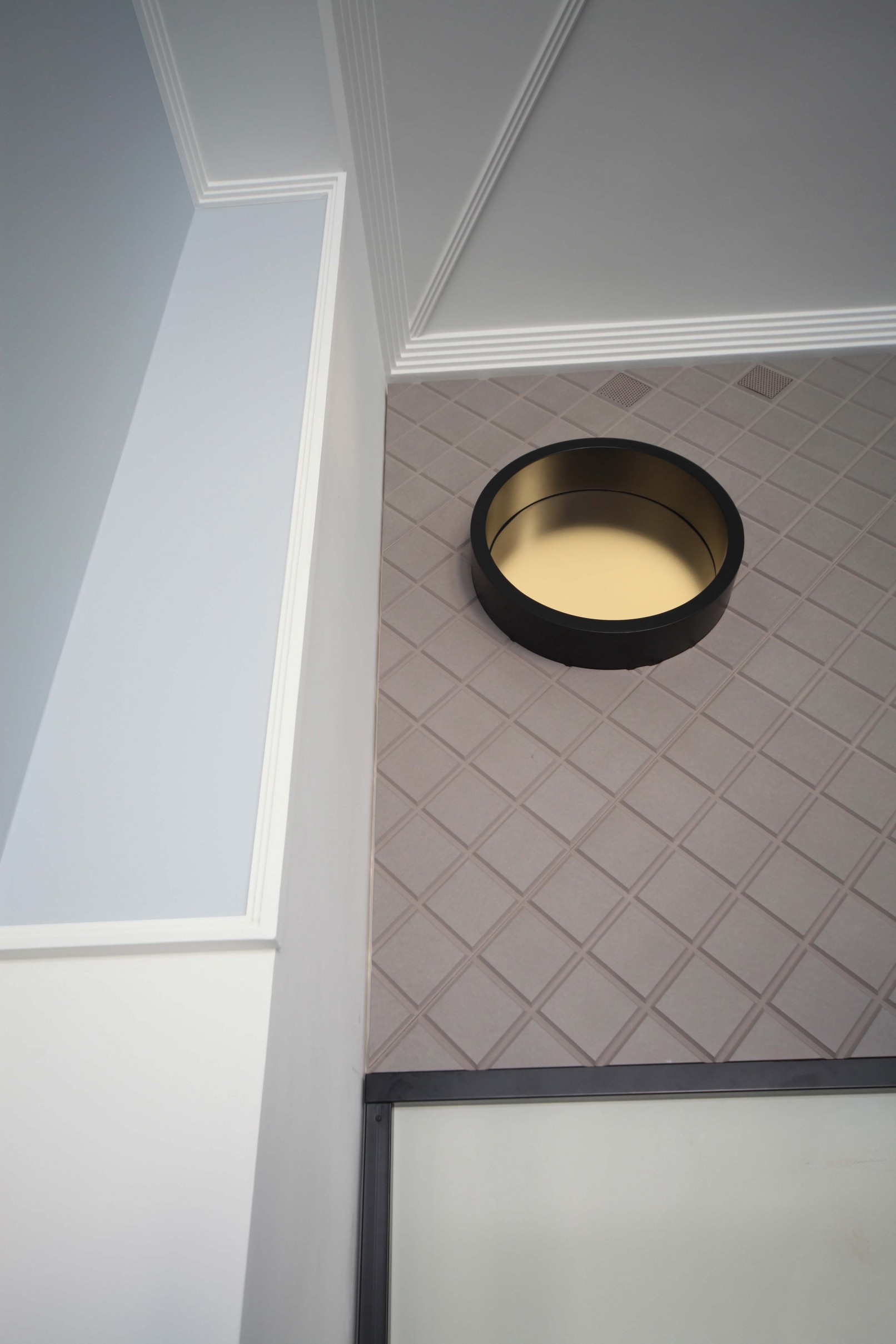 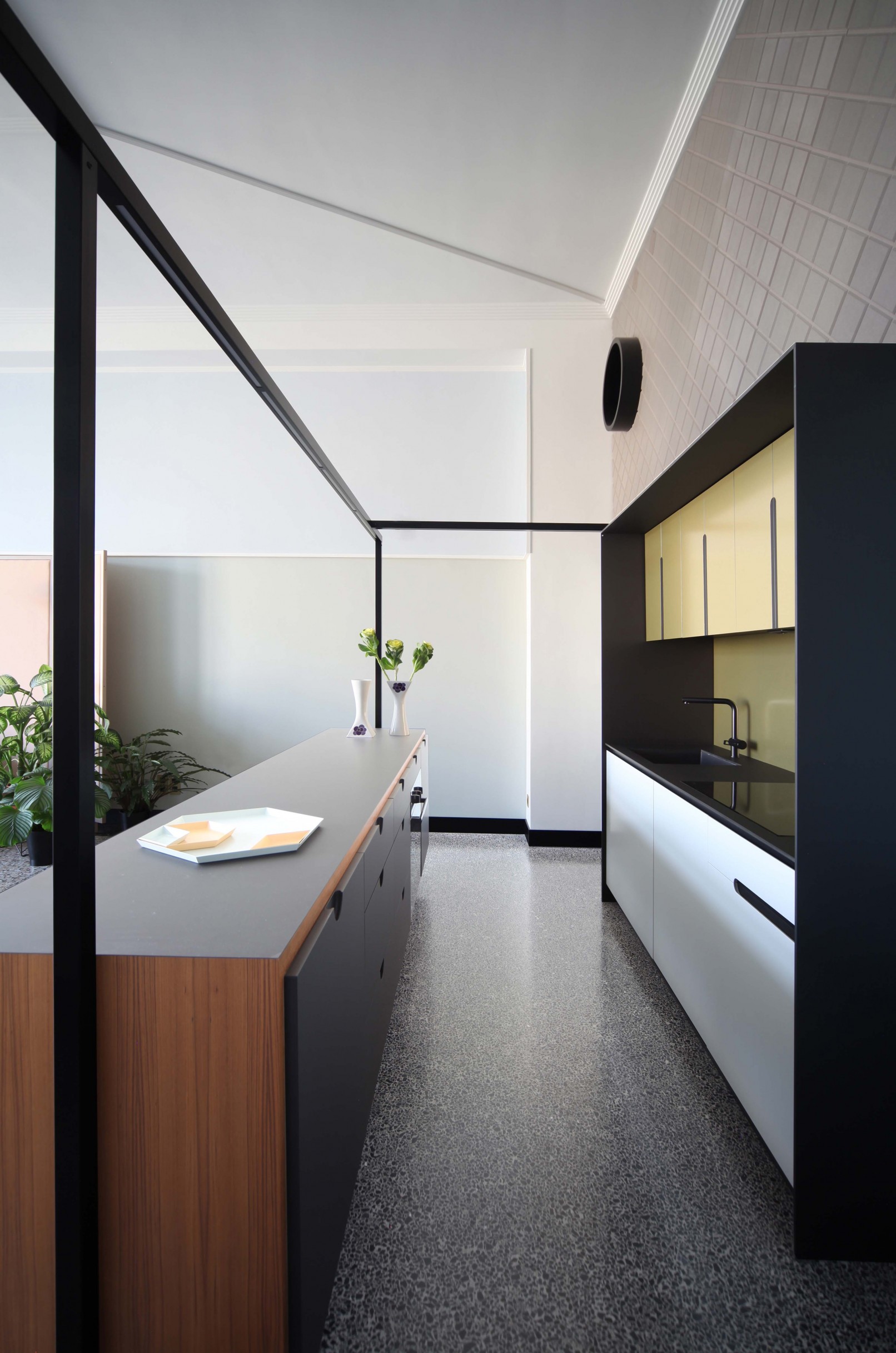 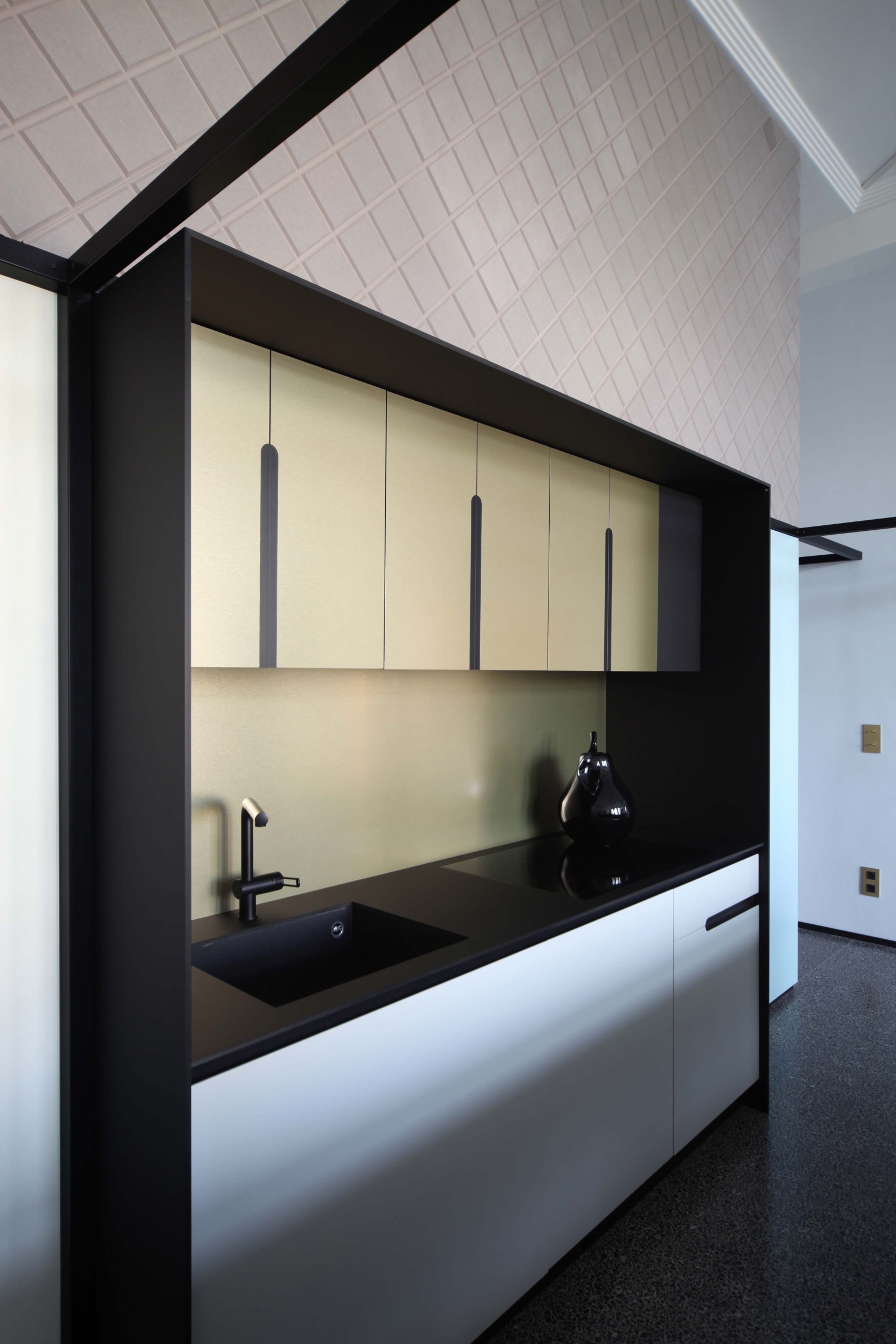 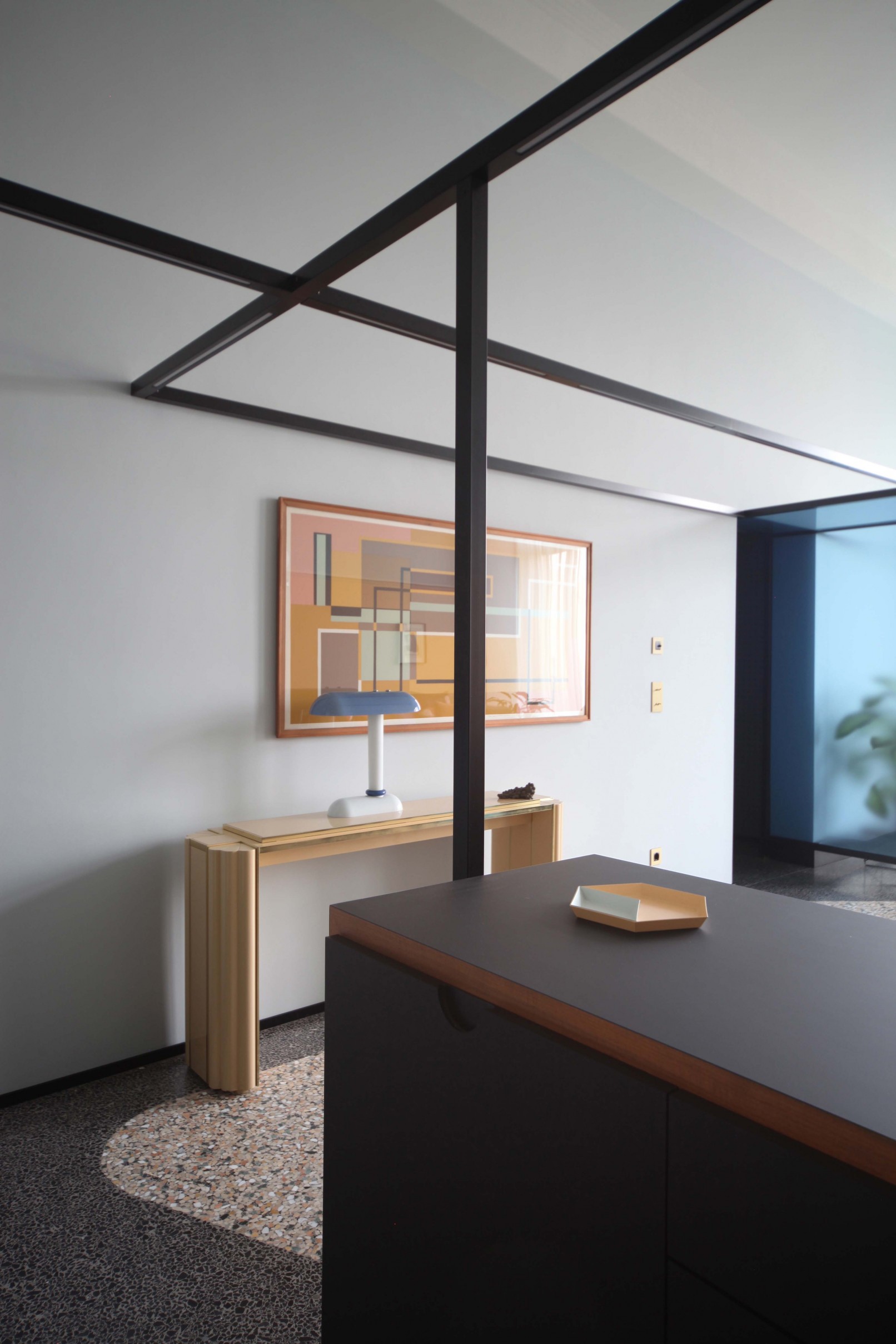 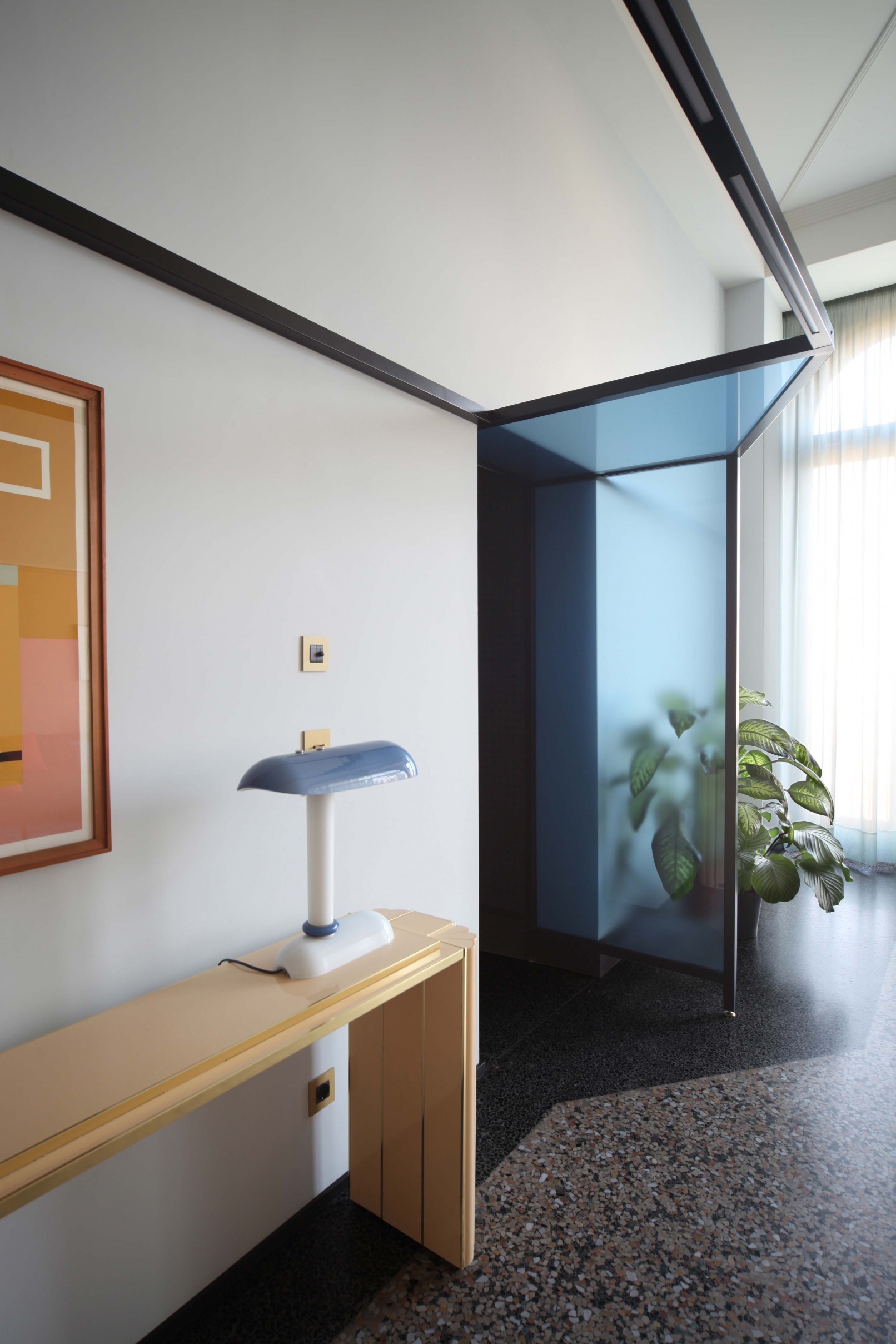 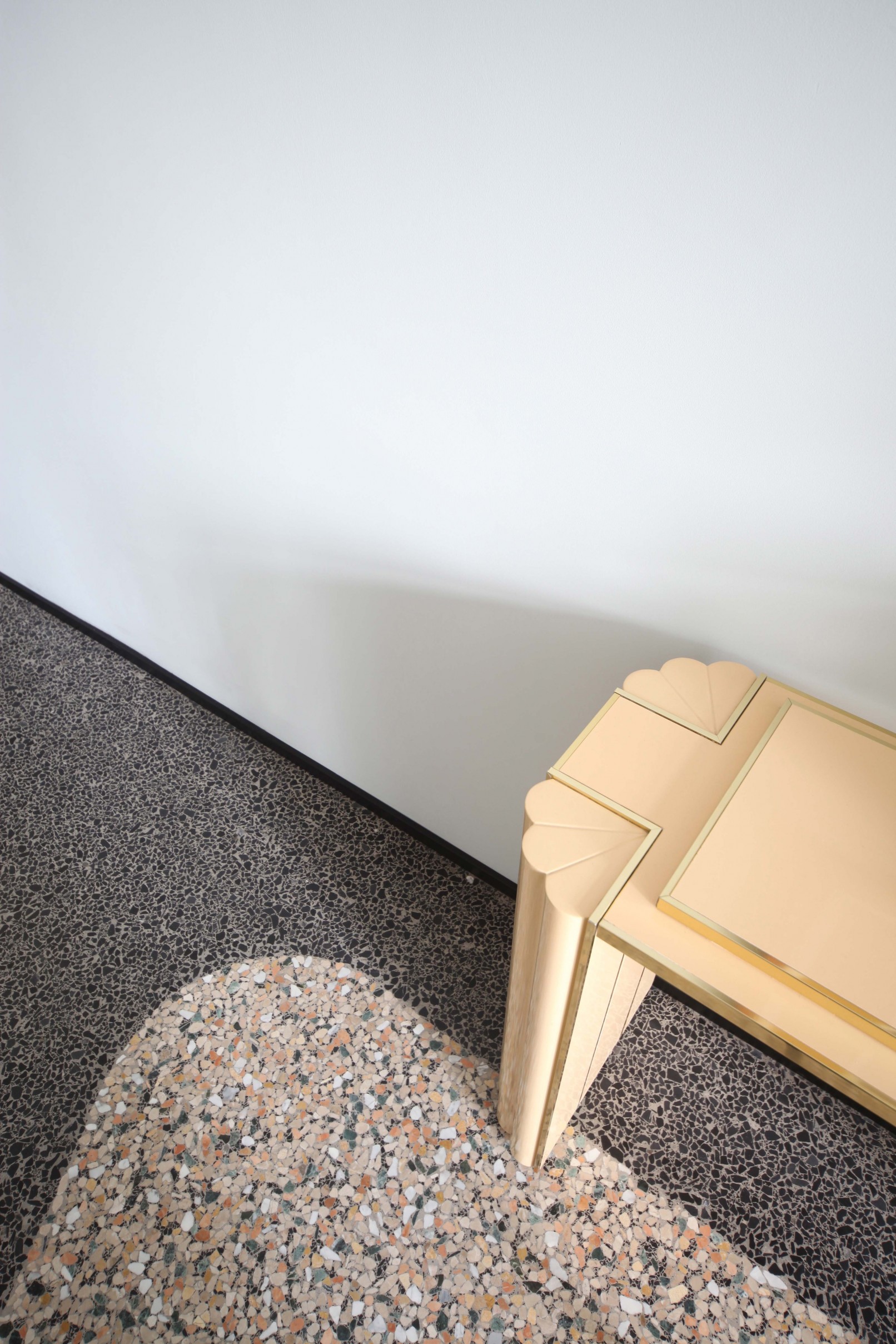 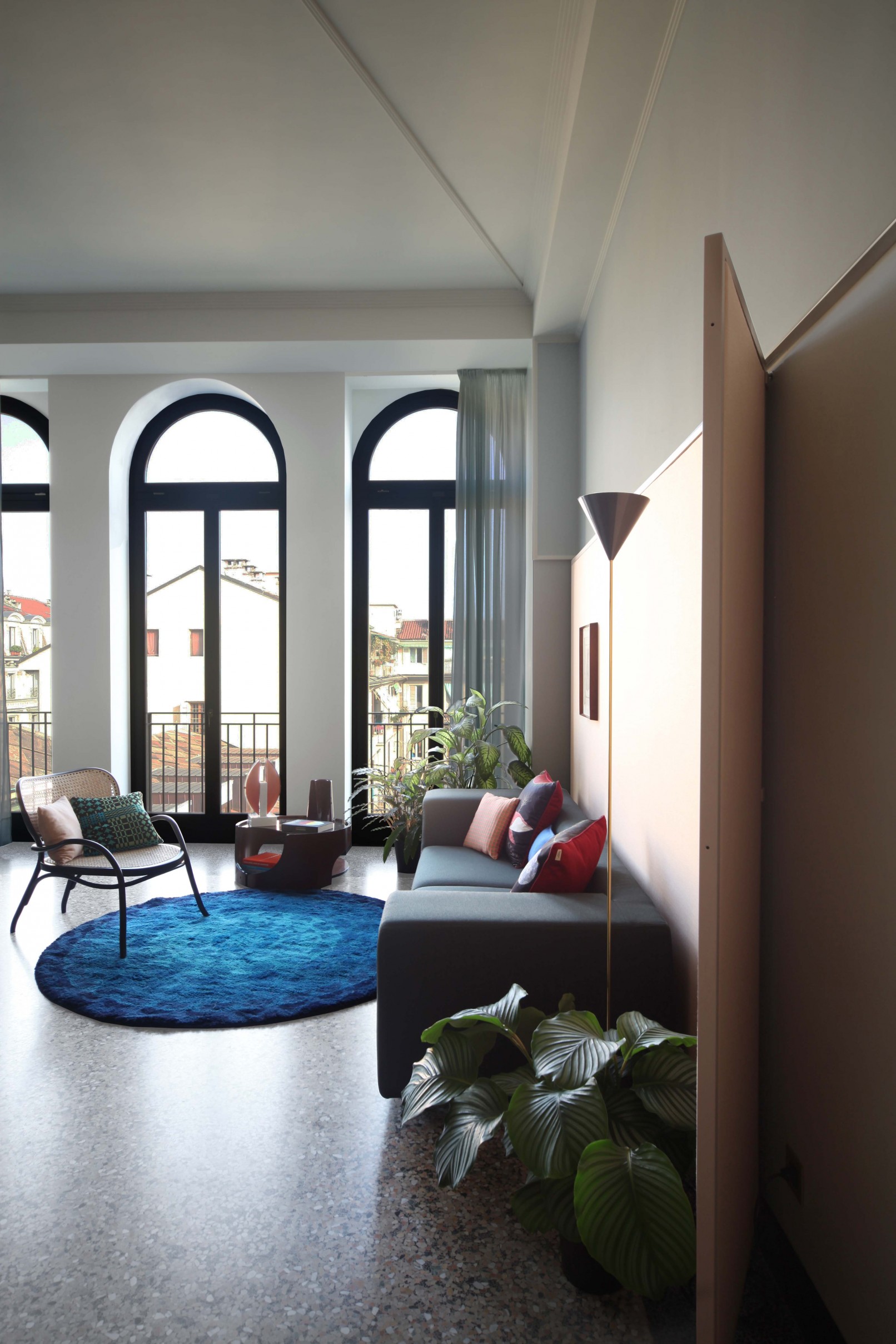 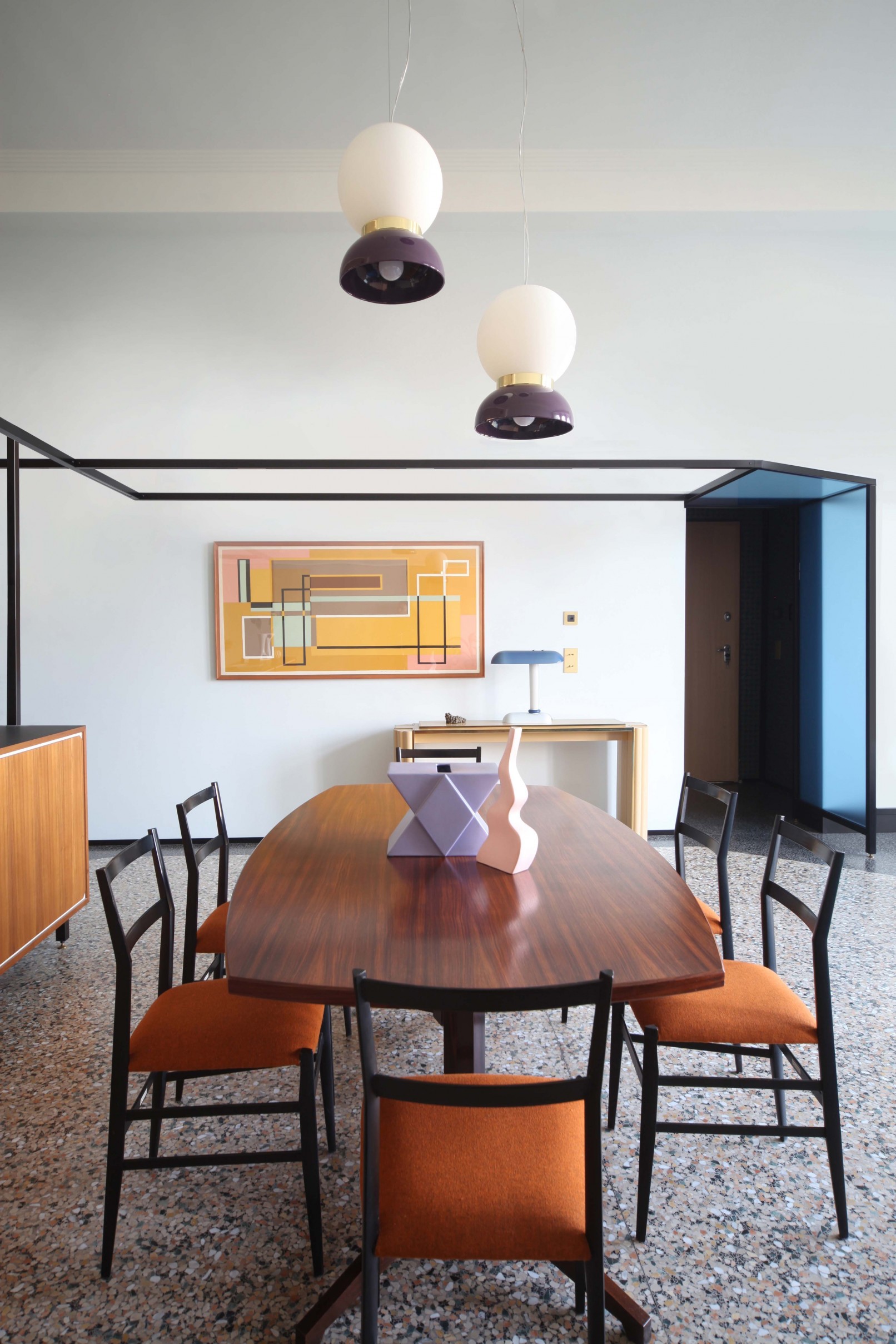 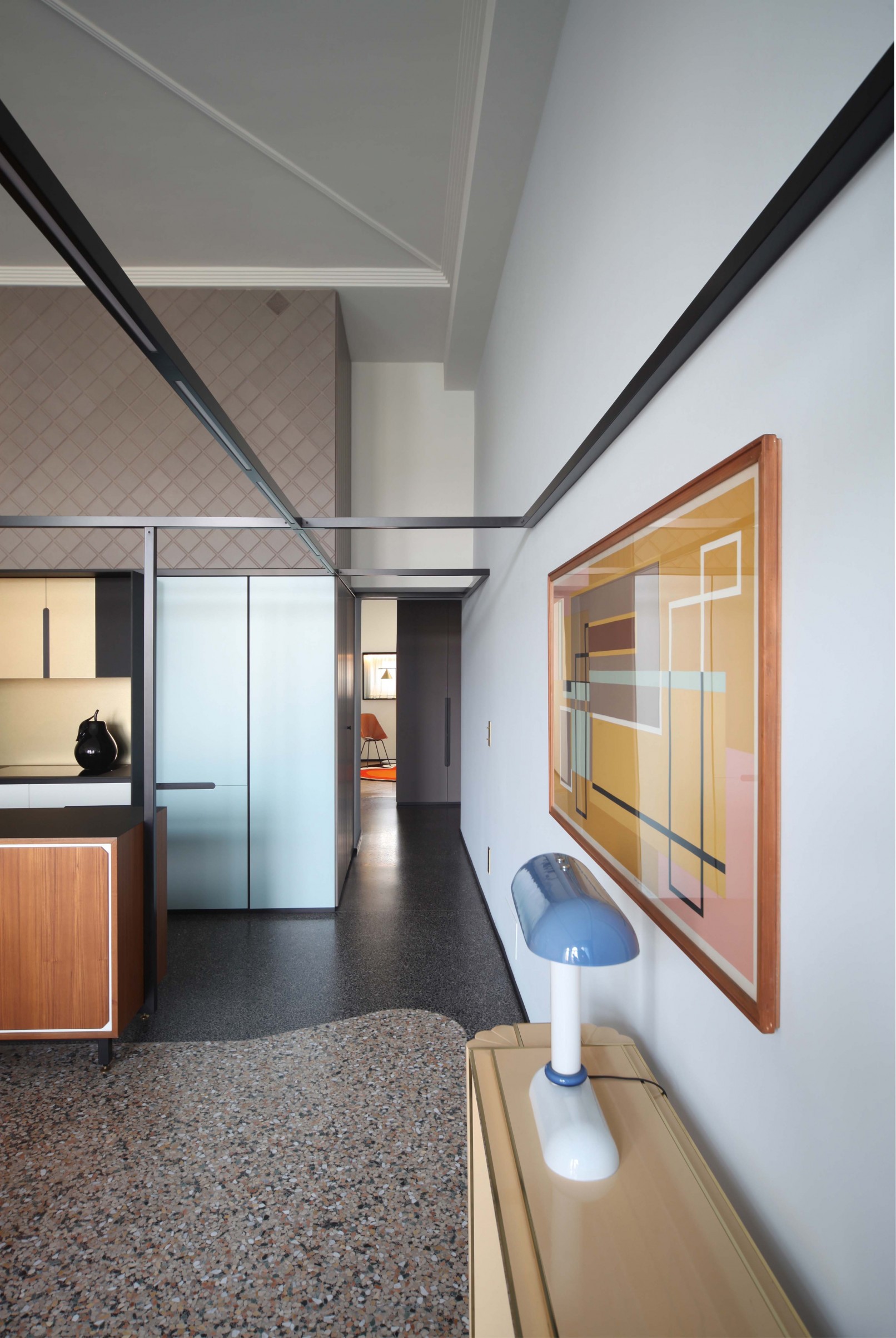 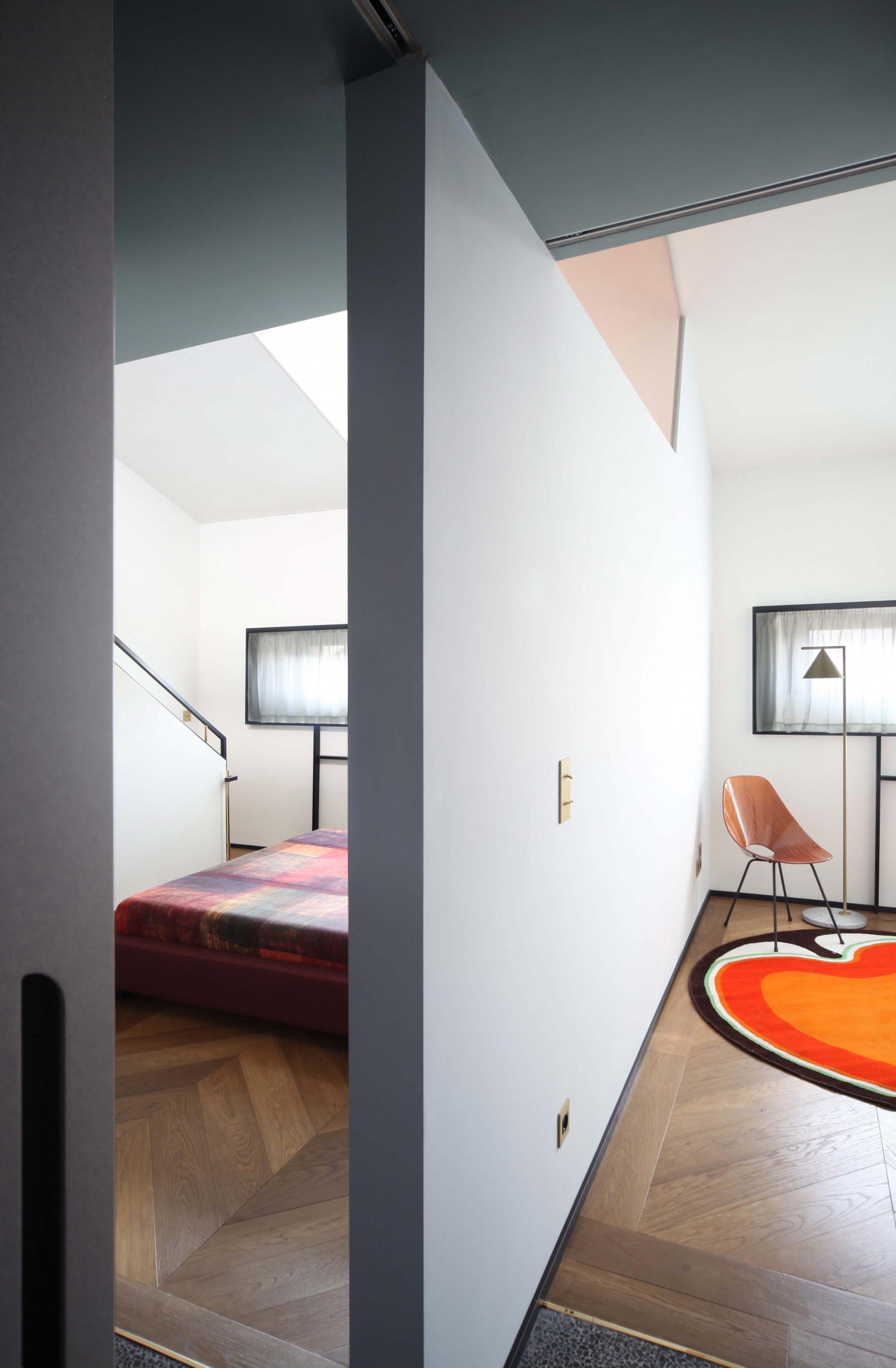 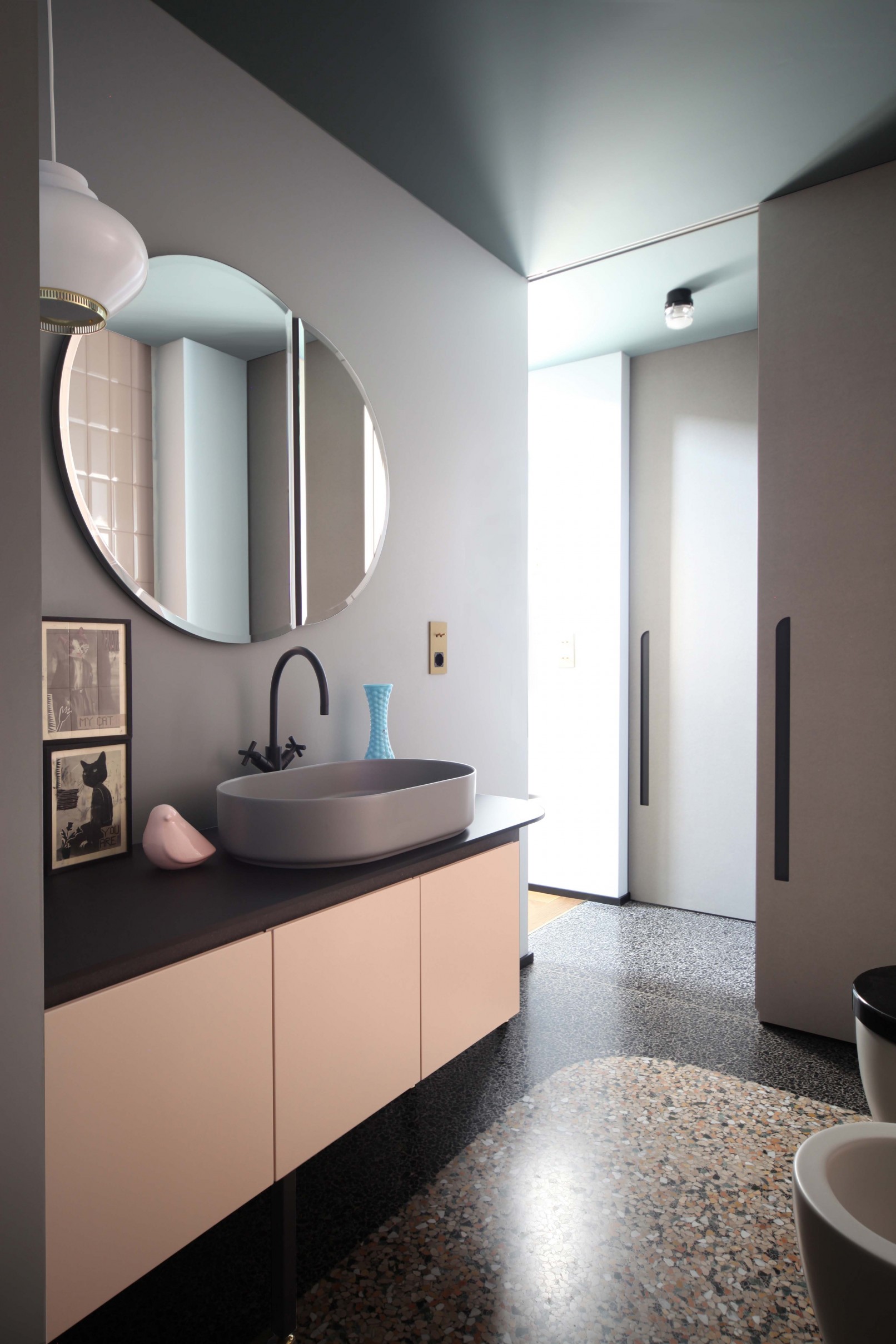 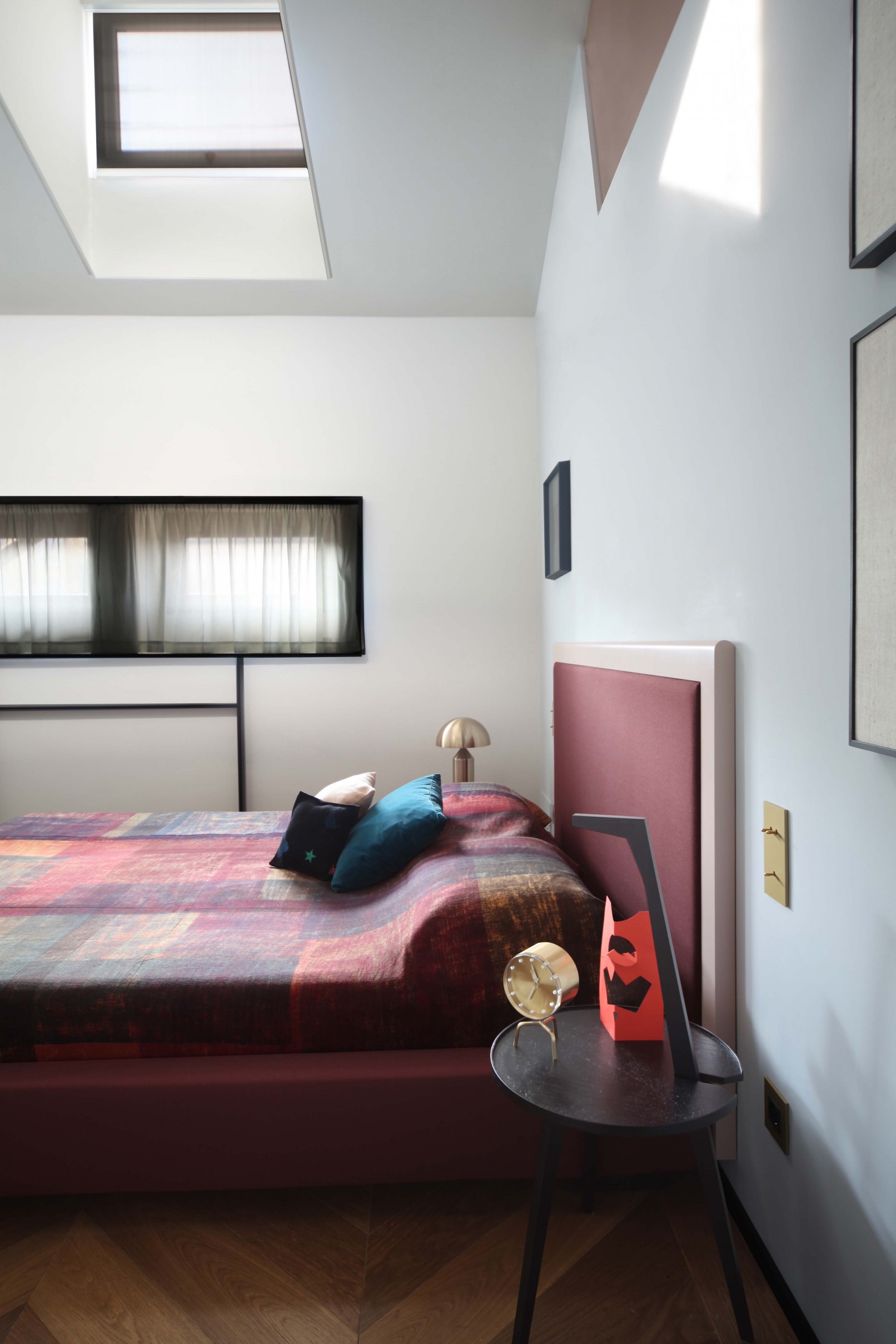 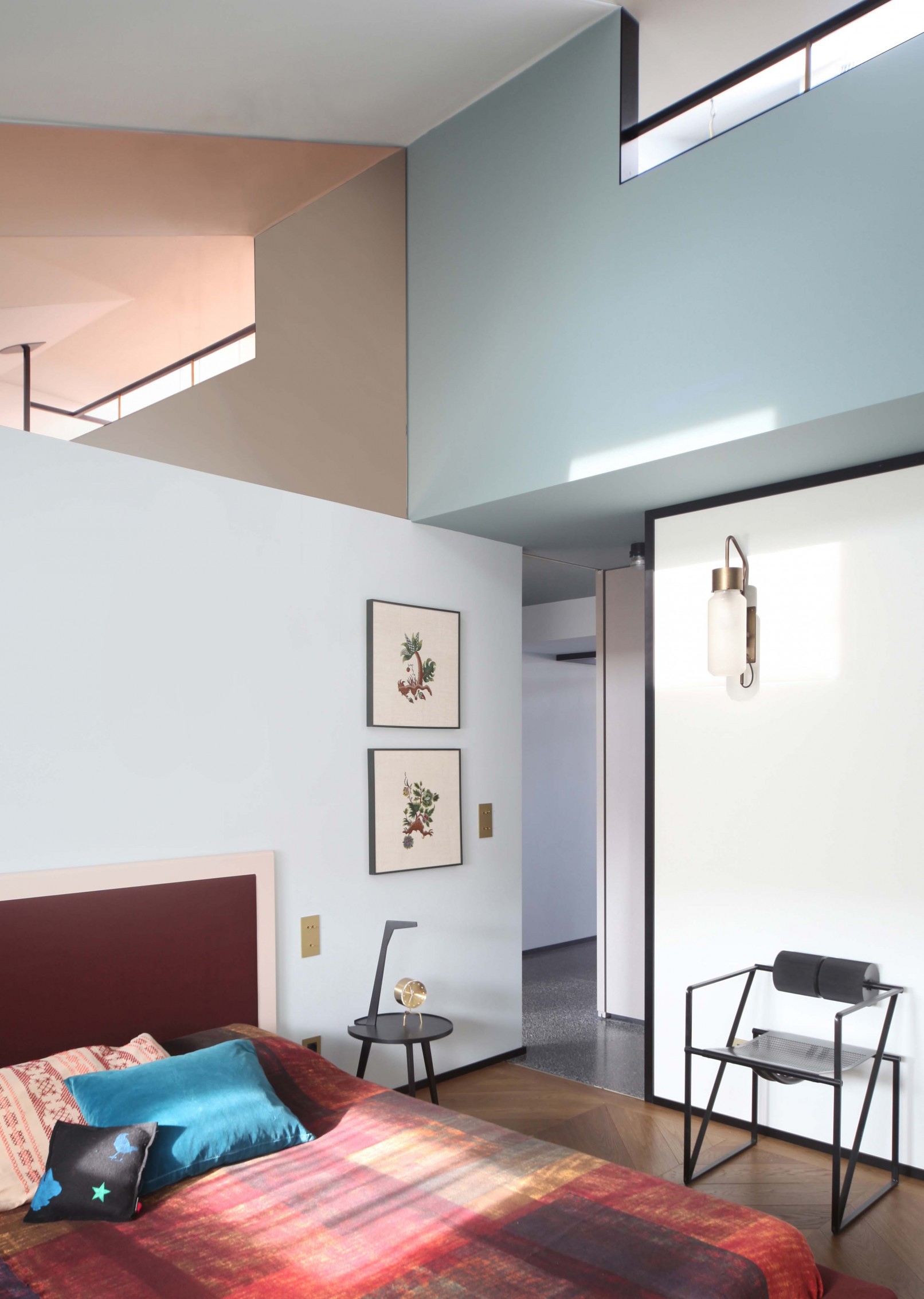 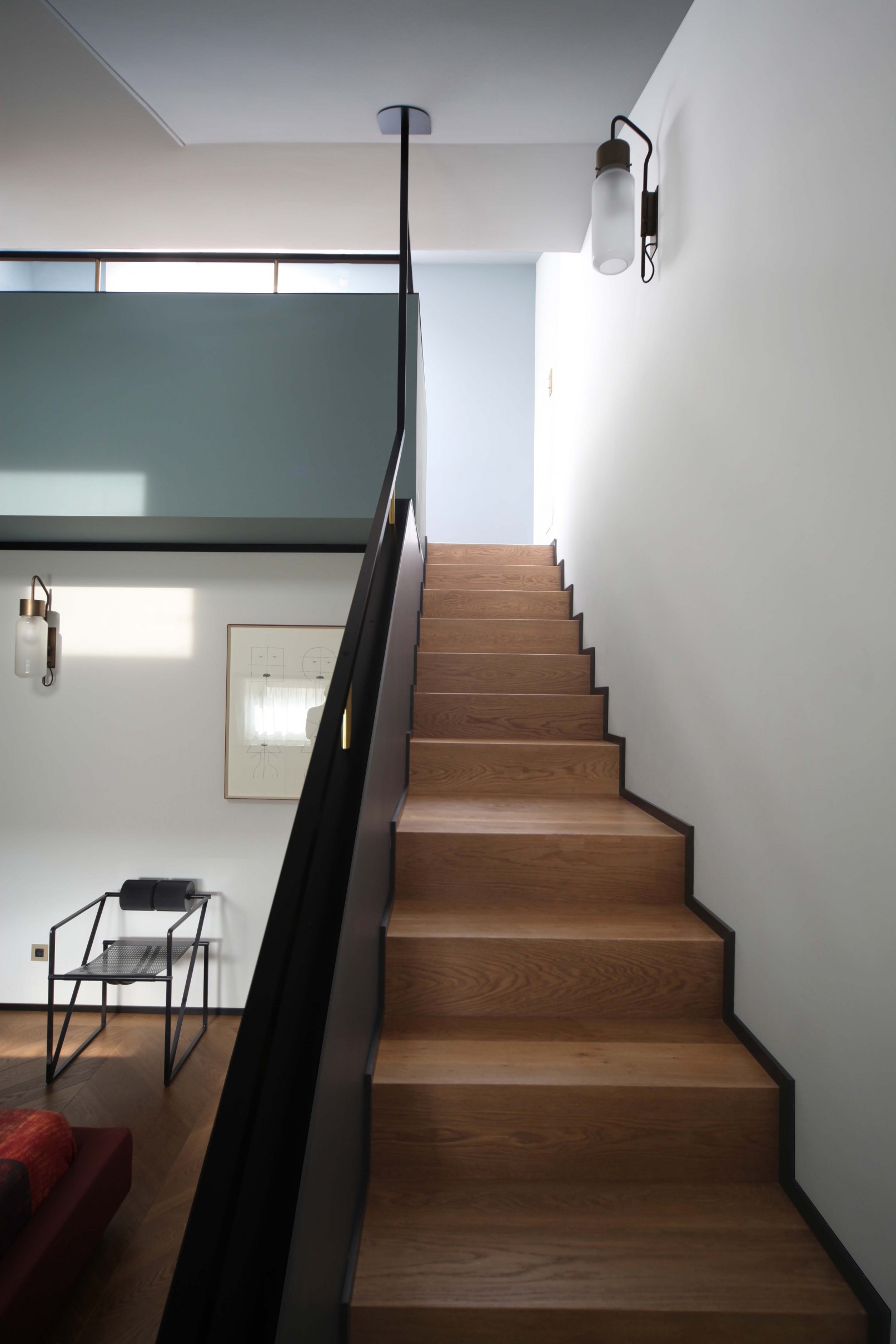 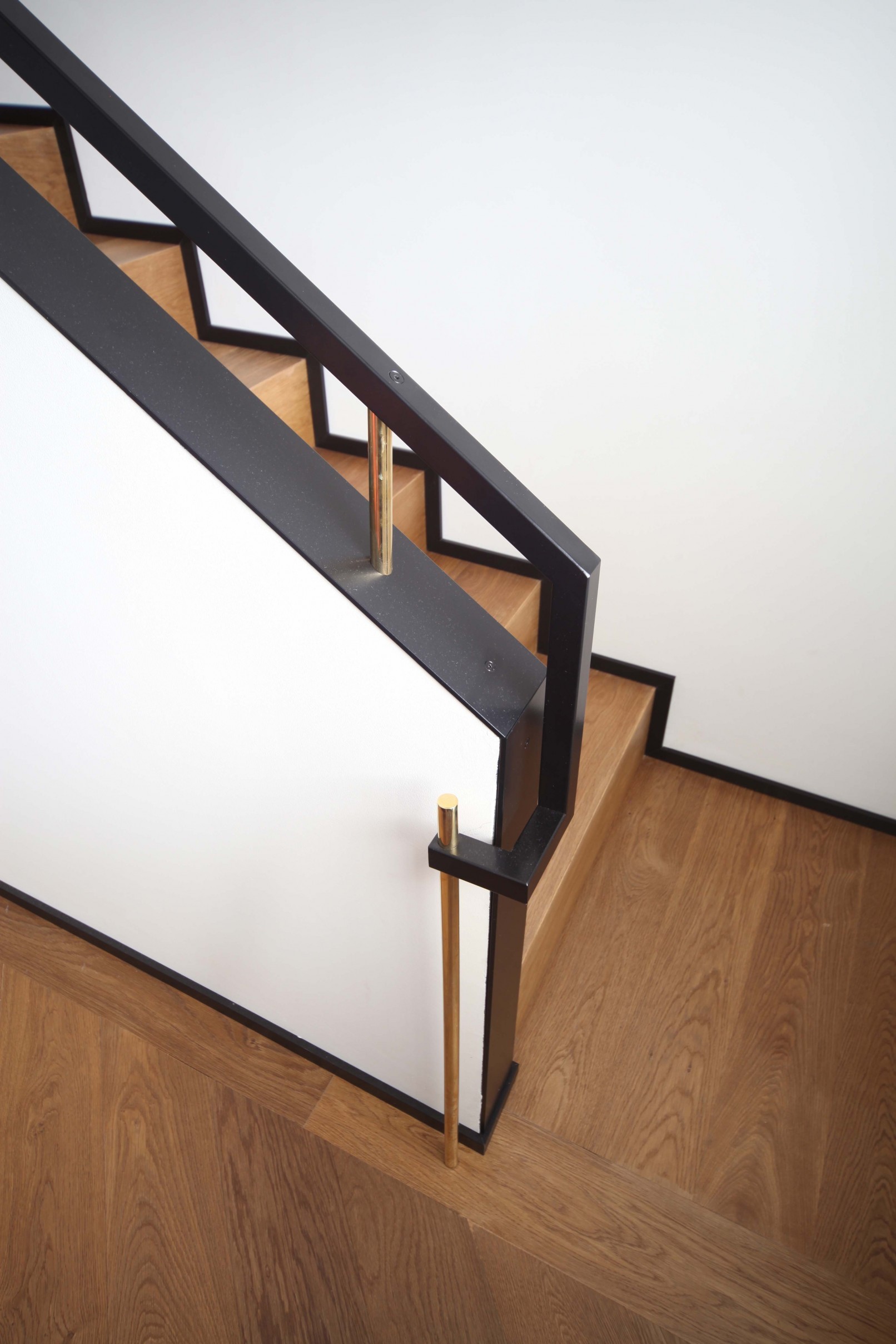 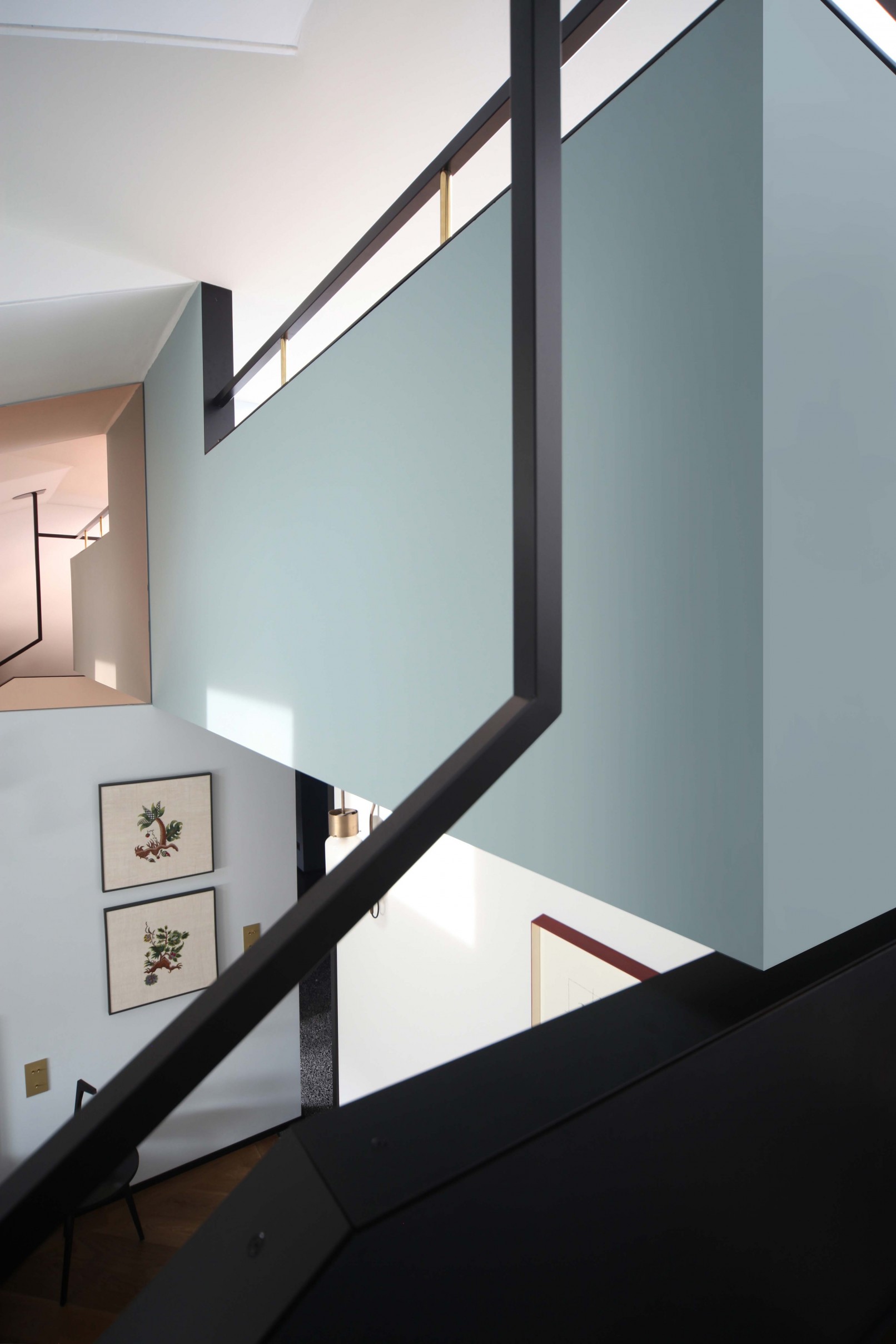 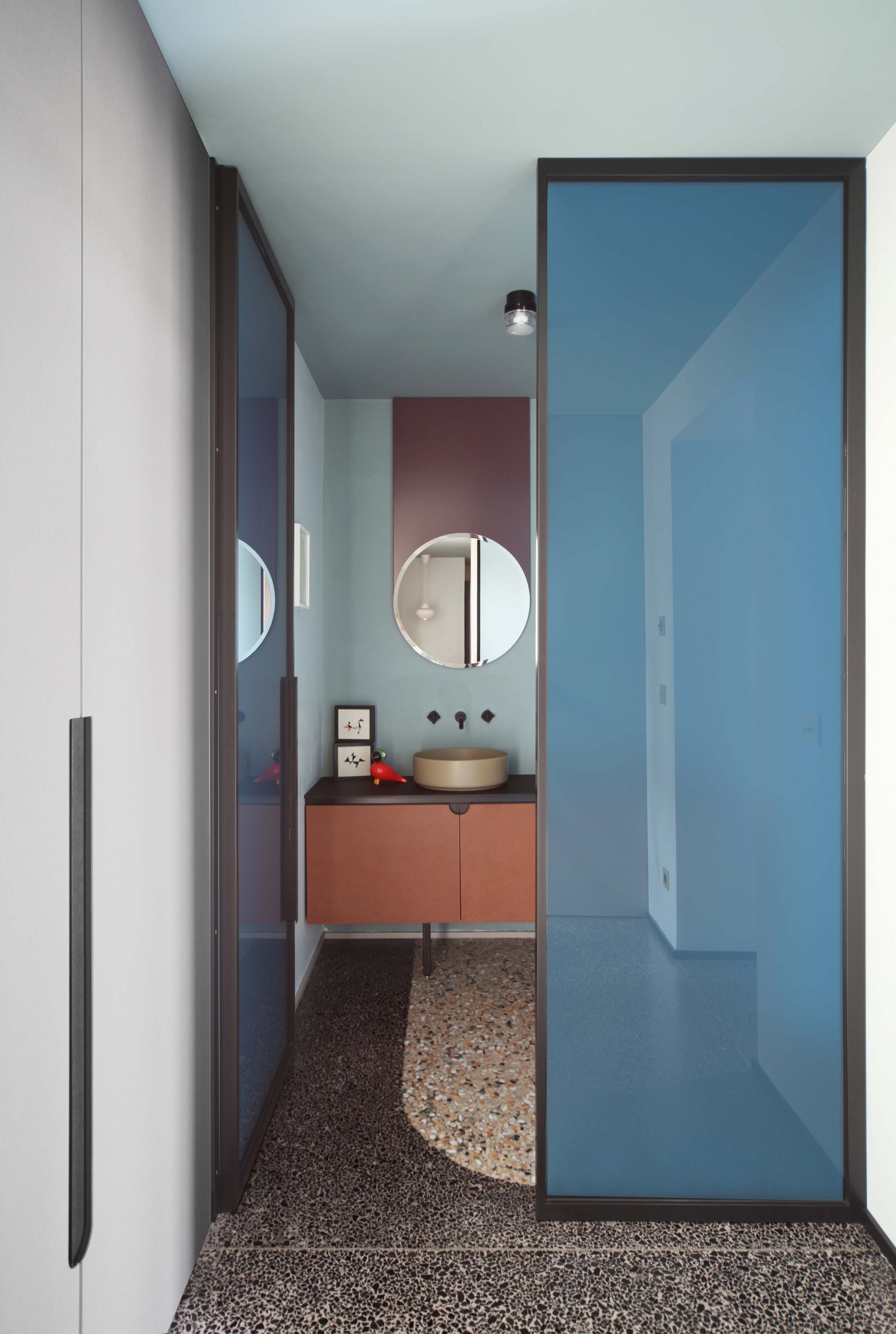 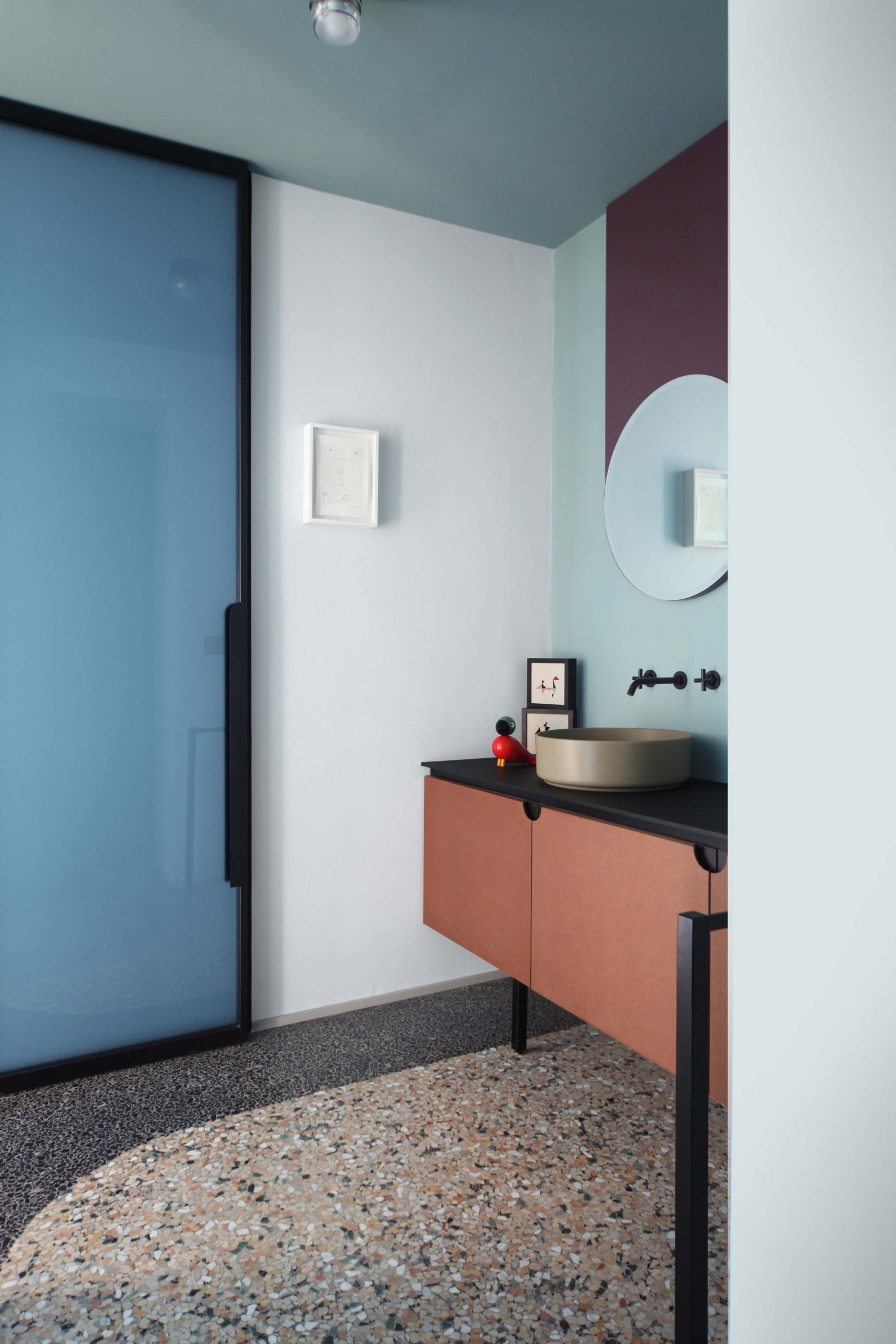 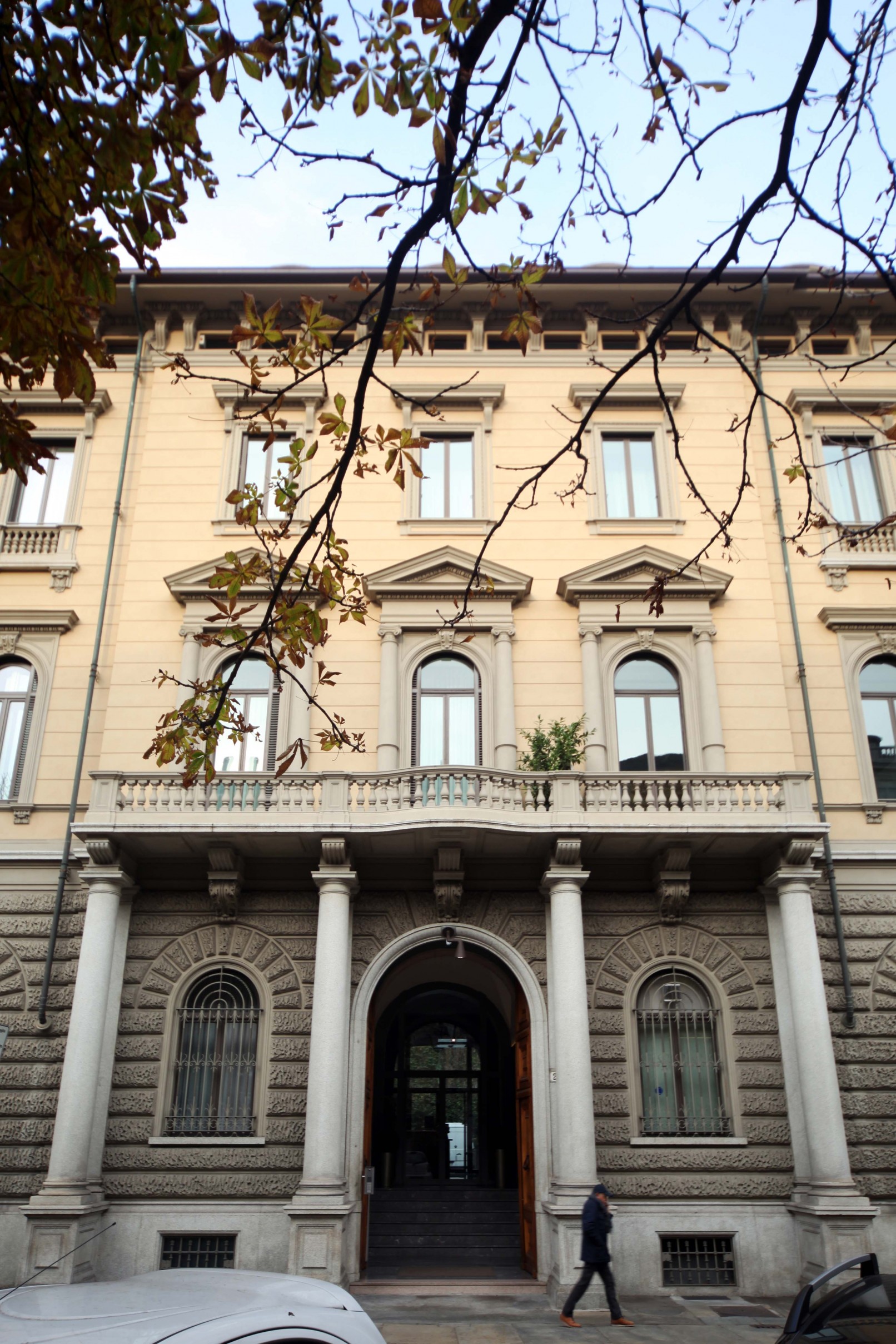 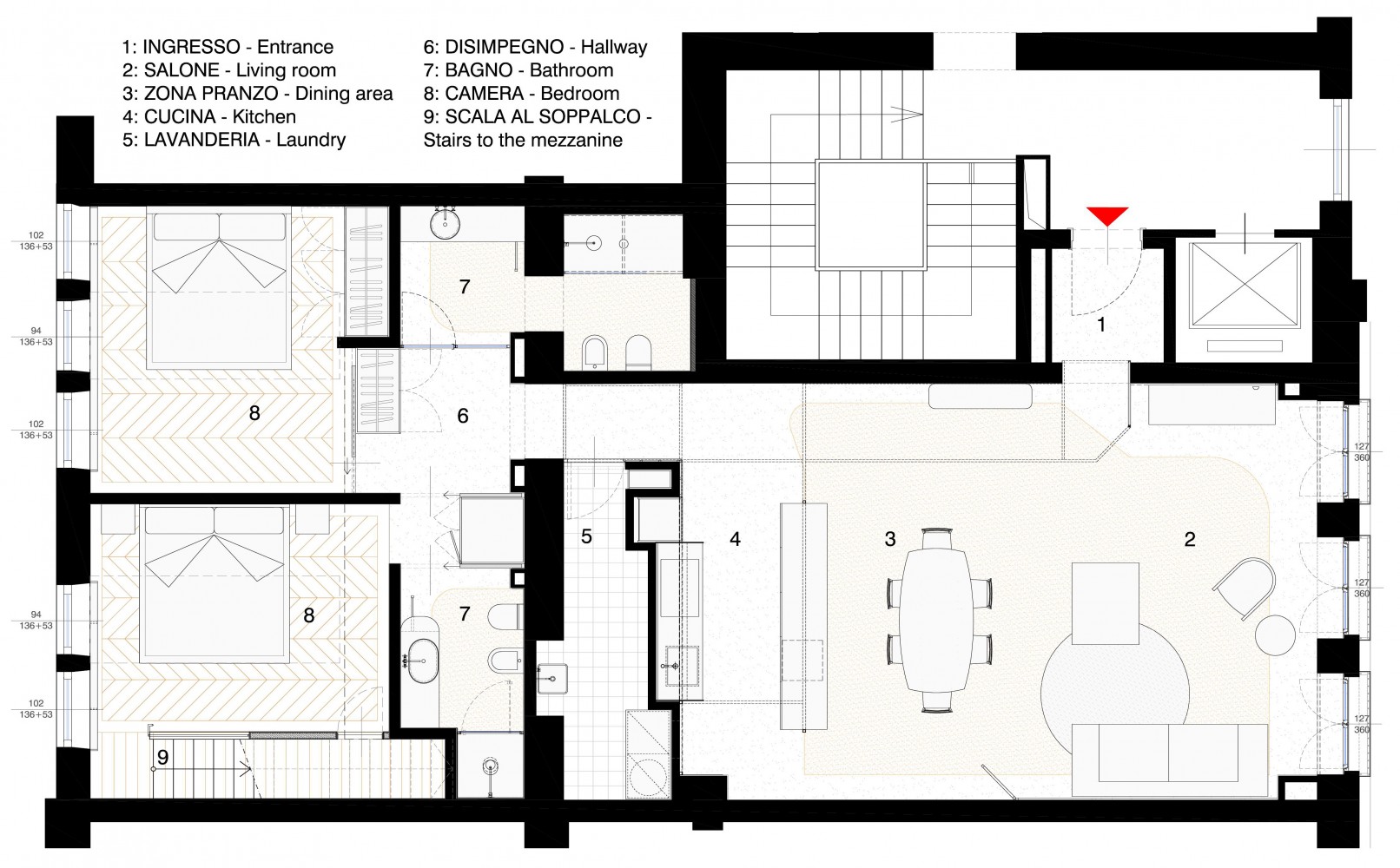 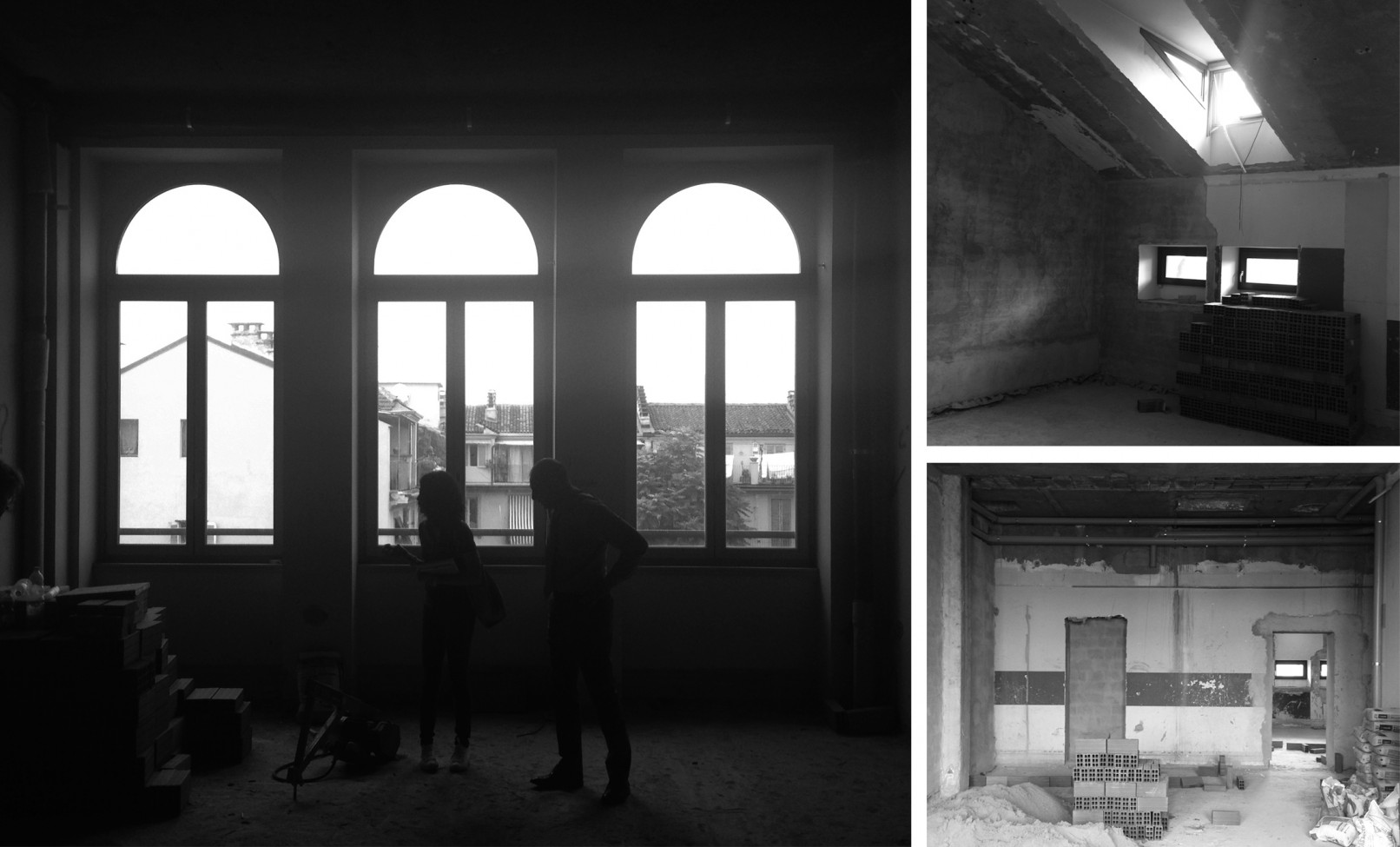 URBAN DECOR
By continuing to browse the site you are agreeing to our use of cookies.