“A Midsummer Night’s Dream” is the study of a concept for the interior design of a new resort in California. The project is planned in phases, at the edge of a residential area, in order to reach a total area of 8000 square meters, in separate structures.

Thanks to a radial scheme, the layout places all the rooms around the relational spaces. These lounges (which in terms of size and design choices intentionally suggest a domestic atmosphere) become a filter between the communal areas and the private zones, as well as a border between the artificial dimension of the construction and the uncontaminated nature of the outdoors.

An extraordinary desert landscape is presented, as in a film location, by the large windows, and enhanced by contrast with the internal architectural language: in keeping with the desires of the client, the project intentionally avoids a sense of mimesis or elements immediately related to local cultures, but at the same time it is able to create an unconventional dialogue with the surroundings through lights, forms and materials.

Architectural structures with brass frames and glass create a space within the space, like a contemporary tent, which is at the same time “anchored” to the stone floor (whose grain suggests the movement of the water of the nearby oasis), but also projected upward, almost as if to draw the gaze towards the ceiling, a micro-sky punctuated by lights and clad in paper with nuanced colors.

The nighttime zones, oriented towards the outdoor space and vice versa, feature spatial arrangement obtained through the use of floors in different materials, as well as suspended ceilings with variable geometric forms. The area of the bed is cozier, in a sort of reinterpretation of the canopy bed that flexes outward thanks to metal sections and enclosures of perforated fabric to ensure greater privacy, also forming the container for the television, and a zone for the desk and the textile backdrop of the bed.

The choice of furnishings and the interior design in general suggest an idea of hospitality that relies on discreet luxury, as happened in local experimentation through the architectural research on the Case Study Houses, now icons of an erudite, refined modernity, where architecture and nature meet and reinforce each other in a relationship of mutual seduction. 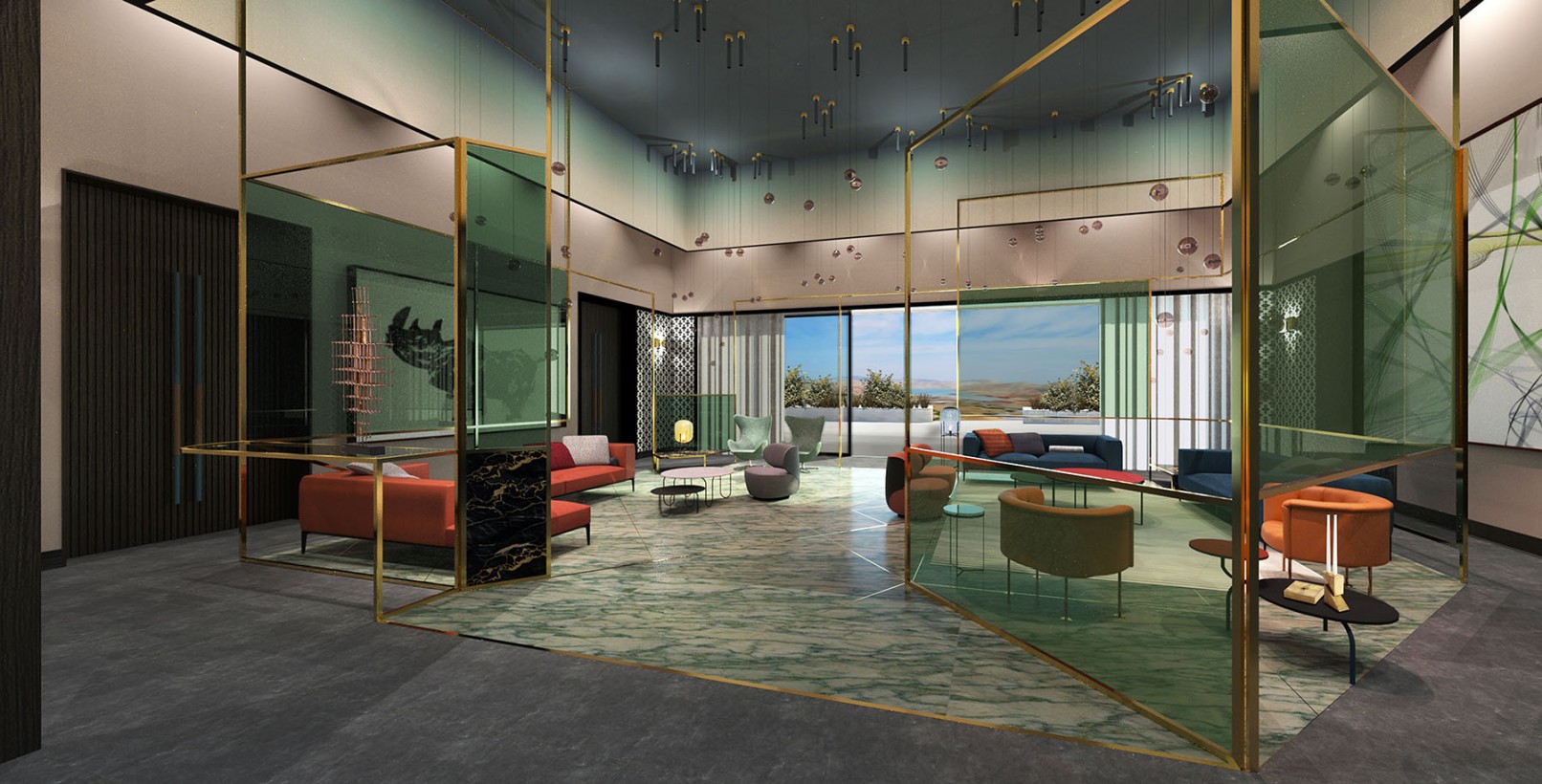 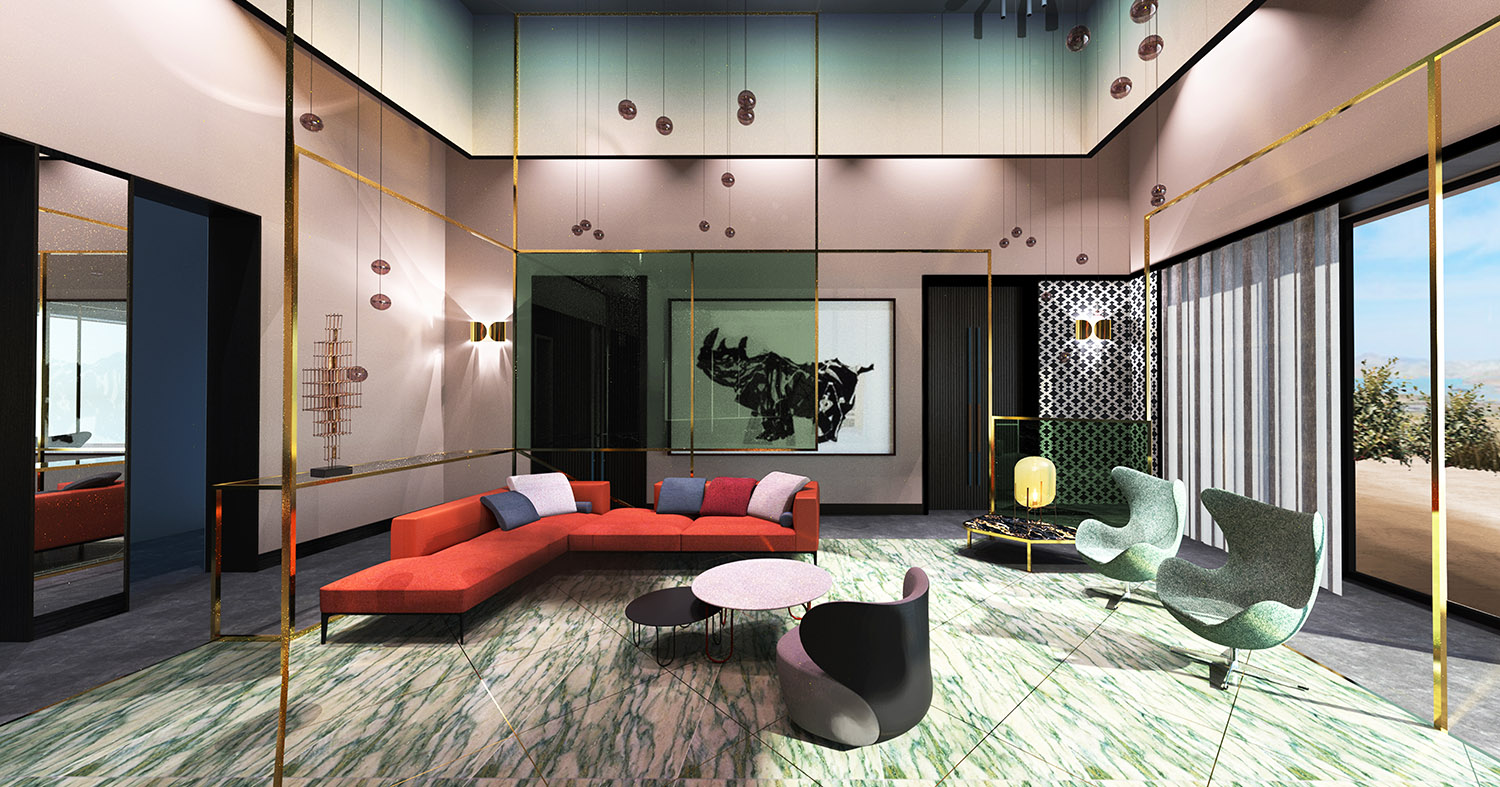 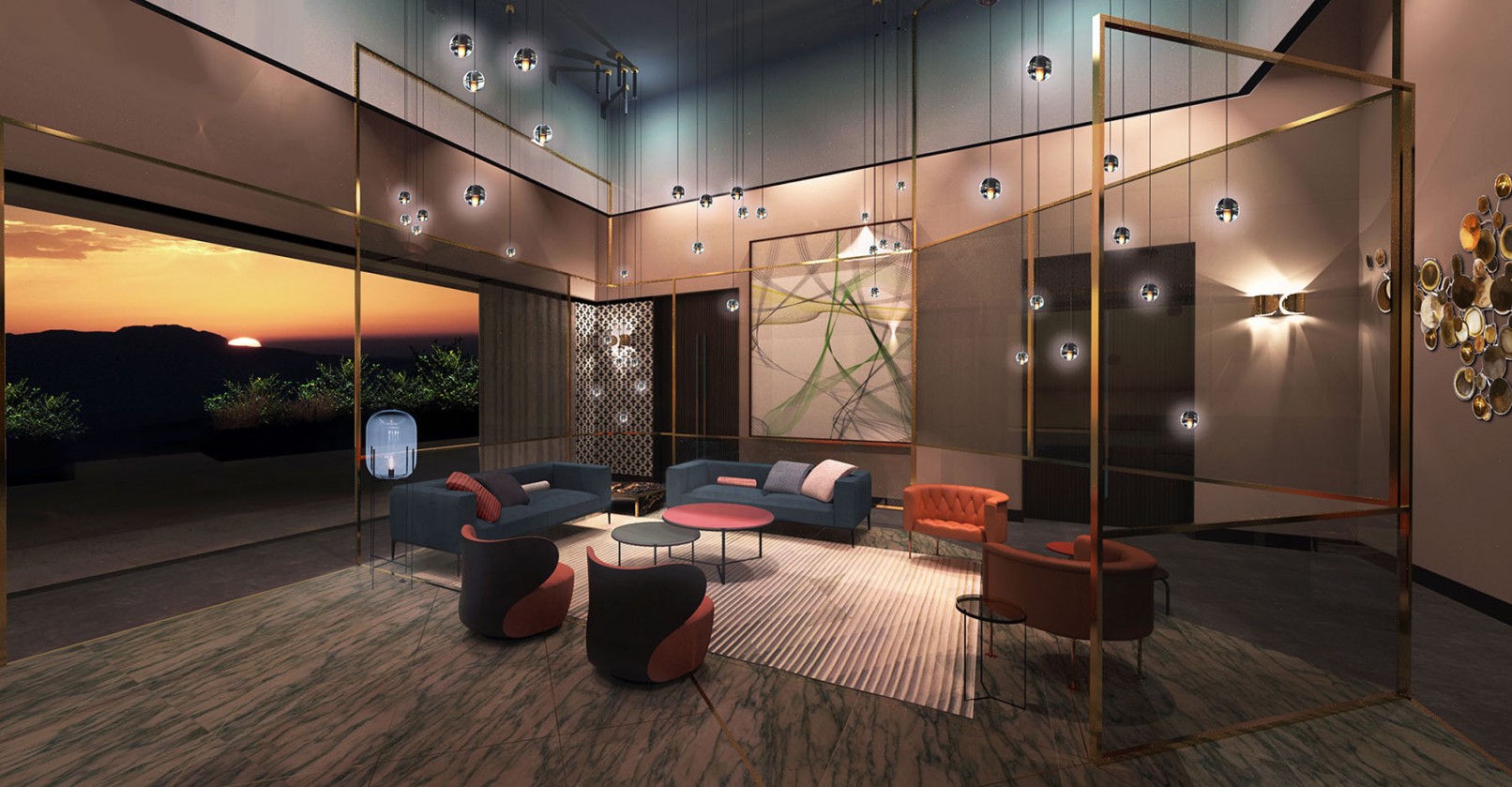 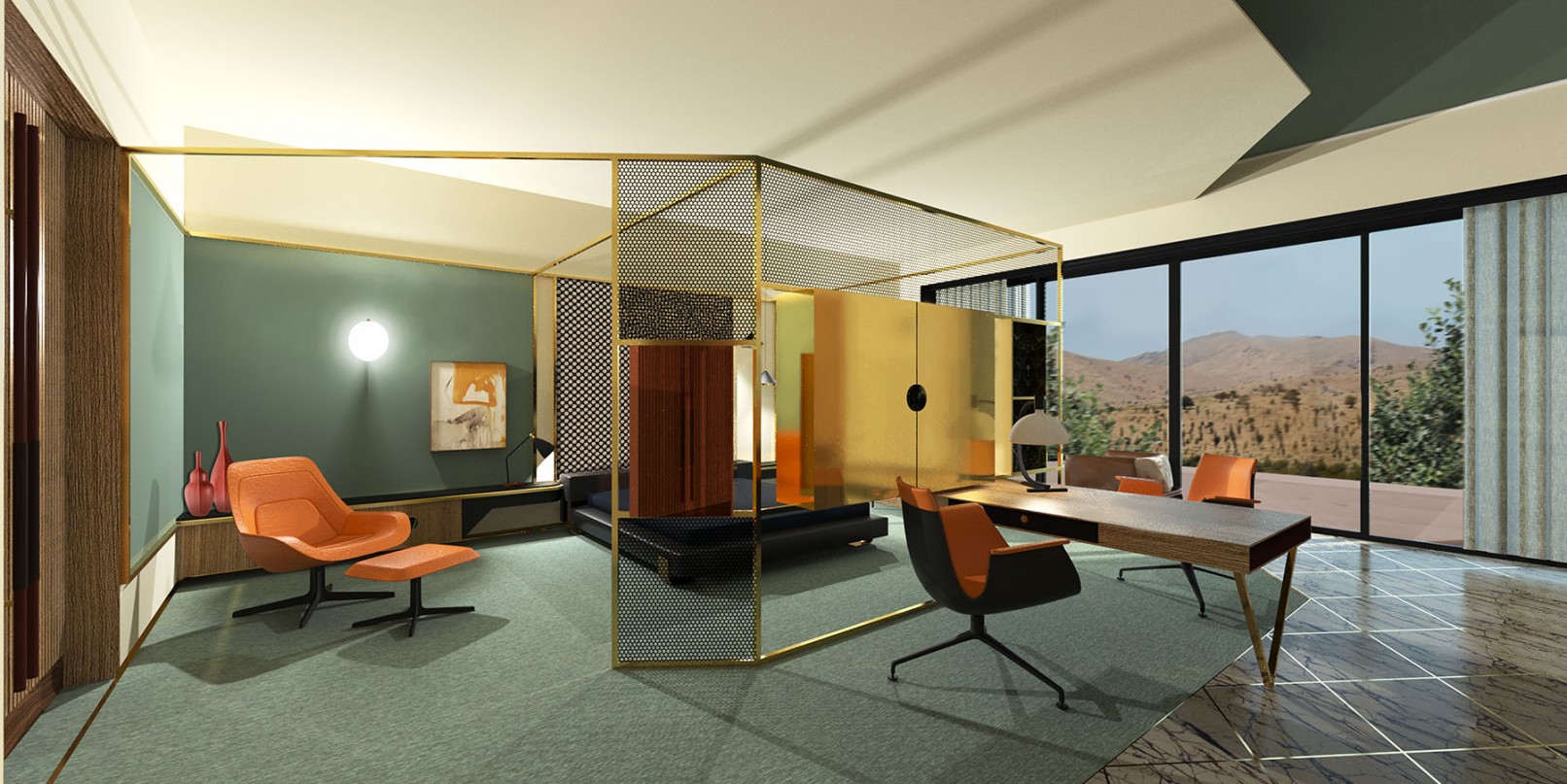 MILK CAFÉ
By continuing to browse the site you are agreeing to our use of cookies.