“It’s easy to get swept up in the seriousness of architecture, but for Andrea Marcante and Adelaide Testa, there’s always a playful element in their designs.” 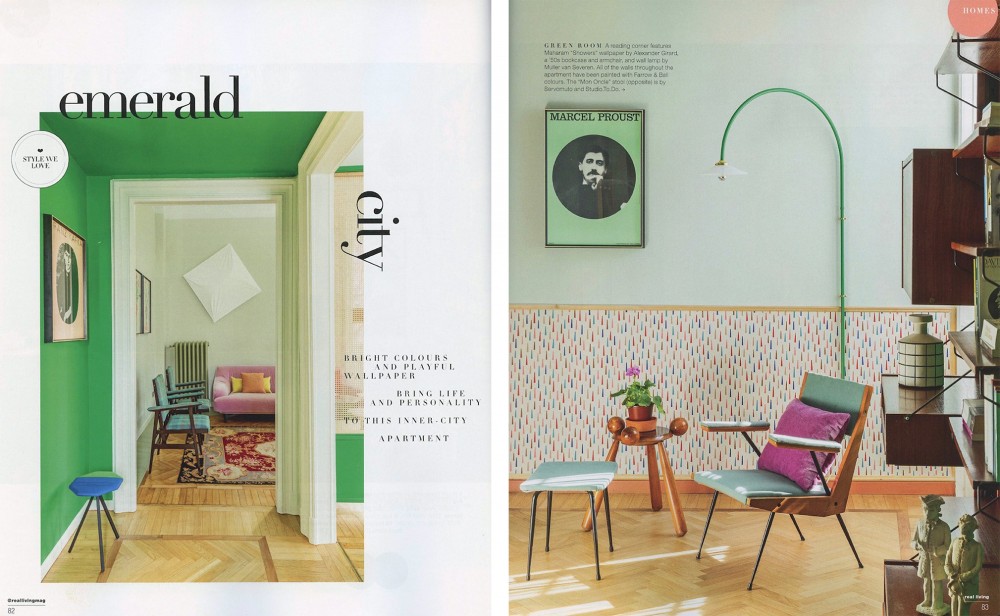 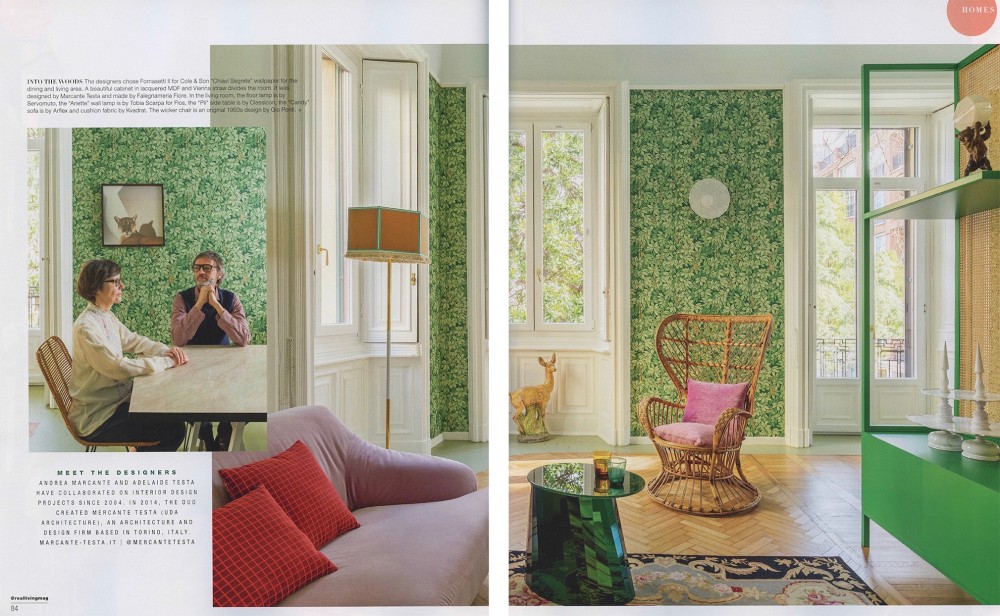 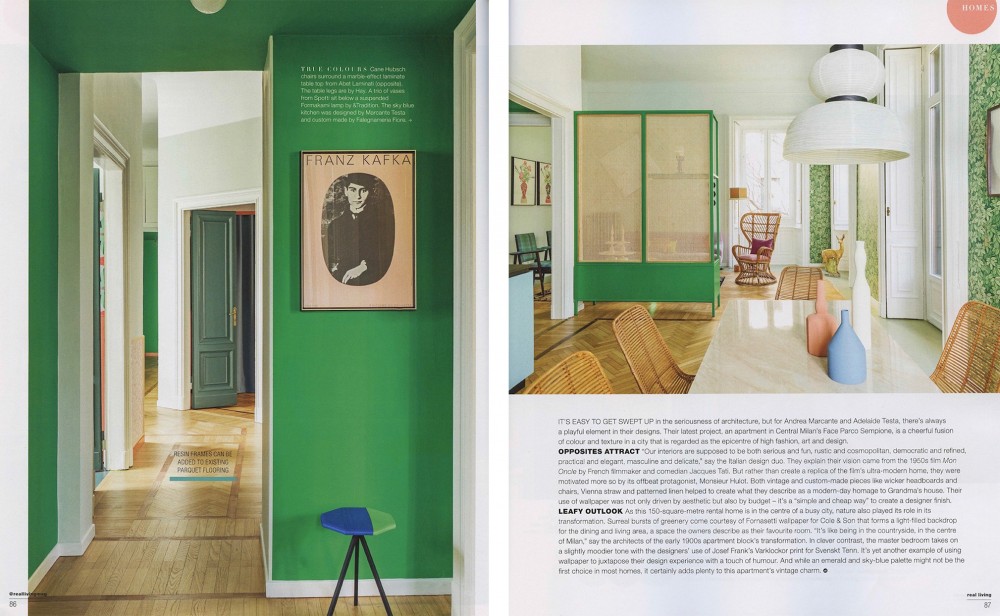 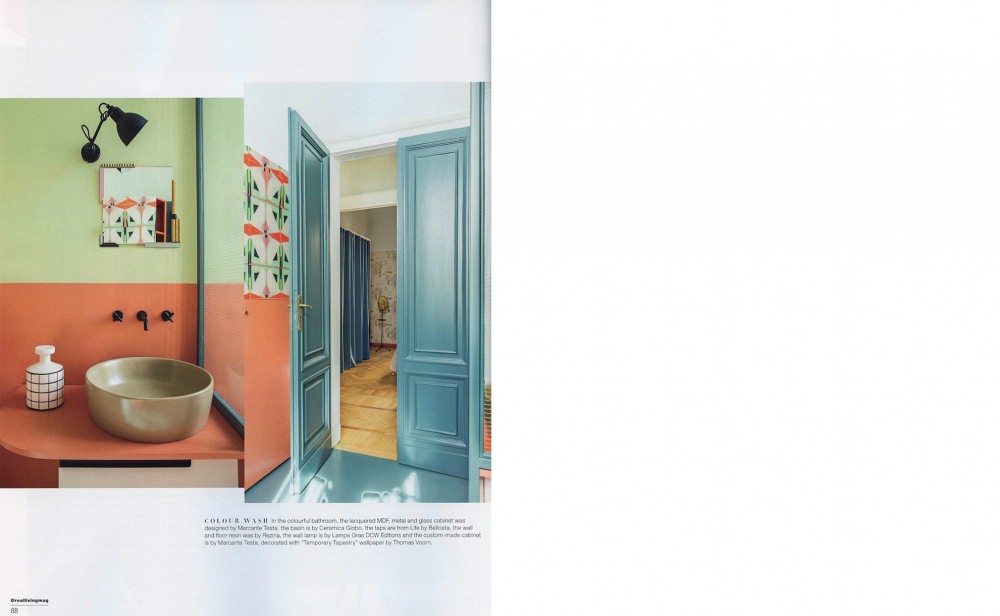 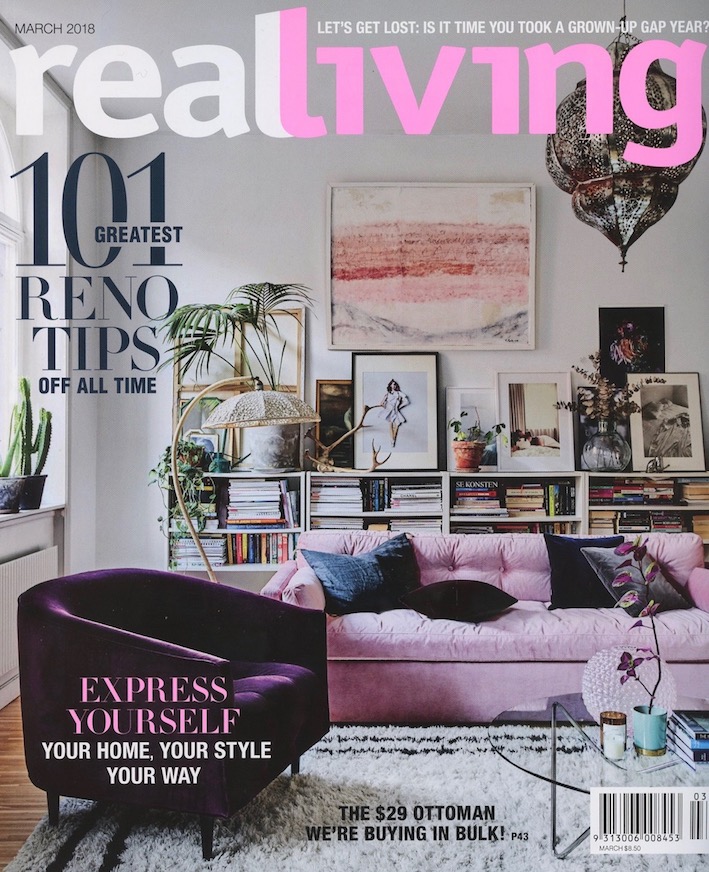 It’s easy to get swept up in the seriousness of architecture, but for Andrea Marcante and Adelaide Testa, there’s always a playful element in their designs. Their latest project, an apartment in Central Milan’s Face Parco Sempione, is a cheerful fusion of colour and texture in a city that is regarded as the epicentre of high fashion, art and design.

Opposites attract.  ‘Our interiors are supposed to be both serious and fun, rustic and cosmopolitan, democratic and refined, practical anc elegant, masculine and delicate.” say the Italian design duo. They explain their vision came from the 1950s film Mon Oncle by French filmmaker and comedian Jacques Tati. But rather than create a replica of the film’s ultra-modern home, they were motivated more so by its offbeat protagonist, Monsieur Hulot. Both vintage and custom-made pieces like wicker headboards and chairs, Vienna straw and patterned linen helped to create what they describe as a modern-day homage to Grandma’s house. Their use of wallpaper was not only driven by aesthetic but also by budget – it’s a “simple and cheap way to create a designer finish.”

Leafy outlook. As this 150-square-metre rental home is in the centre of a busy city, nature also played its role in its transformation. Surreal bursts of greenery come courtesy of Fornasetti wallpaper for Cole & Son that forms a light-filled backdrop for the dining and living area, a space the owners describe as their favourite room. “It’s like being in the countryside, in the centre of Milan.” say the architects of the early 1900s apartment block’s transformation. In clever contrast, the master bedroom takes on a slightly moodier tone with the designers’ use of Josef Frank’s Varklockor print for Svenskt Tenn. It’s yet another example of using wallpaper to juxtapose their design experience with a touch of humour. And while an emerald and sky-blue palette might not be the first choice in most homes, it certainly adds plenty to this apartment’s vintage charm.