The project, designed by Andrea Marcante and Adelaide Testa, involves the restructuring of a 180 m² apartment in Paris for Isis Colombe Combréas, the managing director and editor-in-chief of the magazines MilK and MilK decoration, her husband the photographer Karel Balas, and two children Hiroko and Aliocha.

The apartment is located in a 1930s property in the northern XIV arrondissement bordering on Saint Germain. Before the restructuring project, the apartment contained a number of important pieces from the history of design and was still divided up as it was when the property was first built.

The client’s specifications were clear and precise: the apartment needed re-functionalising, while minimising the number of walling structures, completing the work as quickly as possible (maximum of three months, so that the family would not be inconvenienced too long by moving to a different home) and rethinking the communal areas, such as the kitchen and study, and also the more intimate bedrooms/bathrooms, so that every member of the household could have their own separate premises.

Right from the beginning, the architects and client were in complete agreement that, alongside predominantly functional requirements, a new kind of architectural idiom needed to be introduced capable of superimposing a new vision of space on the existing layout (without physically altering it and while keeping to the budget and schedule), altering the perceptual relations between the different rooms.

Apart from minor alterations to the walls, the project was based on a rack system made of metal sections and perforated sheet metal, which, due to the way the materials are used architecturally, paid tribute to the work of the French designer, Mathiew Matégot, a real forerunner in experimentation aimed it combined together these two materials. According to the design envisaged by Andrea Marcante and Adelaide Testa, the metal tubes set freely in space stand alongside decorative features characteristic of French homes, such as wall stuccos and cornices, setting new visual lines and also new perforated metal structures, designed for seeing but not for being seen, separating transition zones from rest areas (lounge and study area) and capable of being converted into props for new furniture.

The new axial coordinates set by the square-sectioned tubes starting in the corridor are rotated in relation to the layout of the plan and, like extendable suspended arms, reach out to the lounge walls as if to underpin them through an exchange of tensions: a vision of modernity that cannot ignore the past and actually wants to “support” it through interaction between subtle and sometimes ambiguous balances, where architecture can become decoration and vice-versa. Hence the master bathroom becomes perforated micro-architecture re-functionalising the bedroom without altering its structure or inflowing natural light; the study area shared with the children is reconfigured into a stage full of forms and materials poised between the kind of irony associated with adults and fun characteristic of children. The new custom-designed kitchen dilates the space and, by means of stereometric patterns across the ceiling, reinstates visual interaction with the condominium garden below.

A stimulating and synergic exchange of ideas and research into the history of French and Italian design carried out with the clients guide the choice of standard furniture and custom-designed furnishing, which were all made in Italy and assembled on site in two weeks to meet the requirements in terms of deadlines, finishing features and budget.

All the different project features (on their own different scales) tend to create premises which are, at the same time, architecture and interior space, capable of reflecting and bringing together the most rational and emotional aspects of the home-dwellers in a very cutting-edge language that highlights rather than conceals the original character of the property.

Bathrooms
All bathrooms are designed by Marcante-Testa and realized by MATERIADESIGN and Om Project. Washbasins by Flaminia Ceramica, taps by Bellosta Rubinetterie, master bathroom wall lamp by Atelier Areti.

**Please note that all images are protected by copyright and it is not allowed to use them without the permission of the author.** 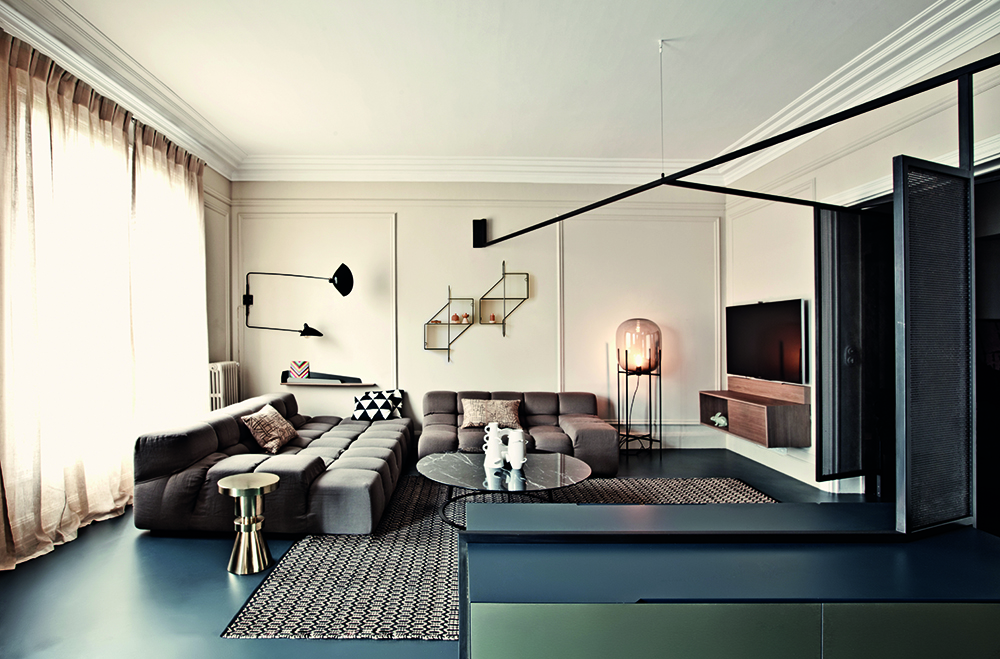 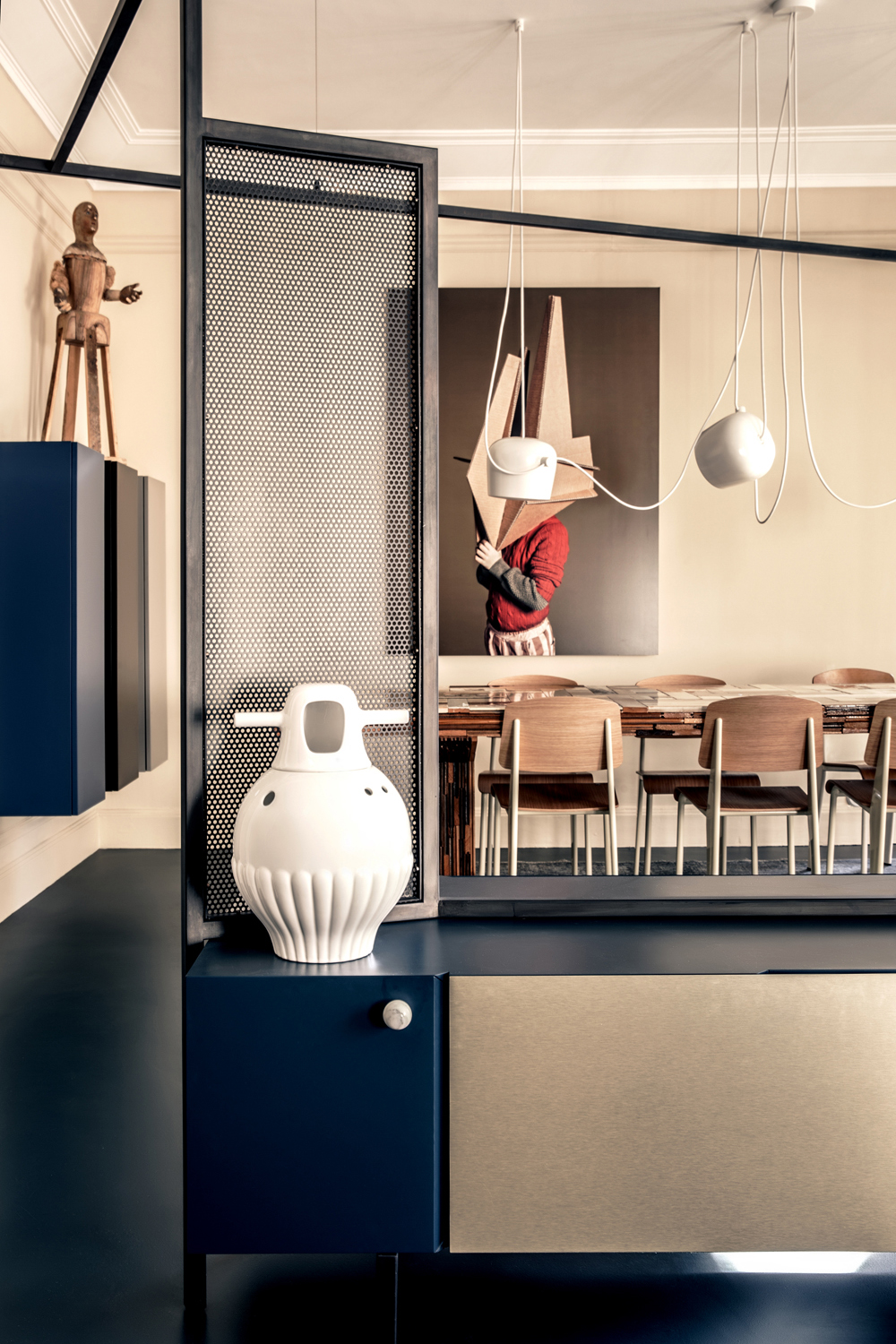 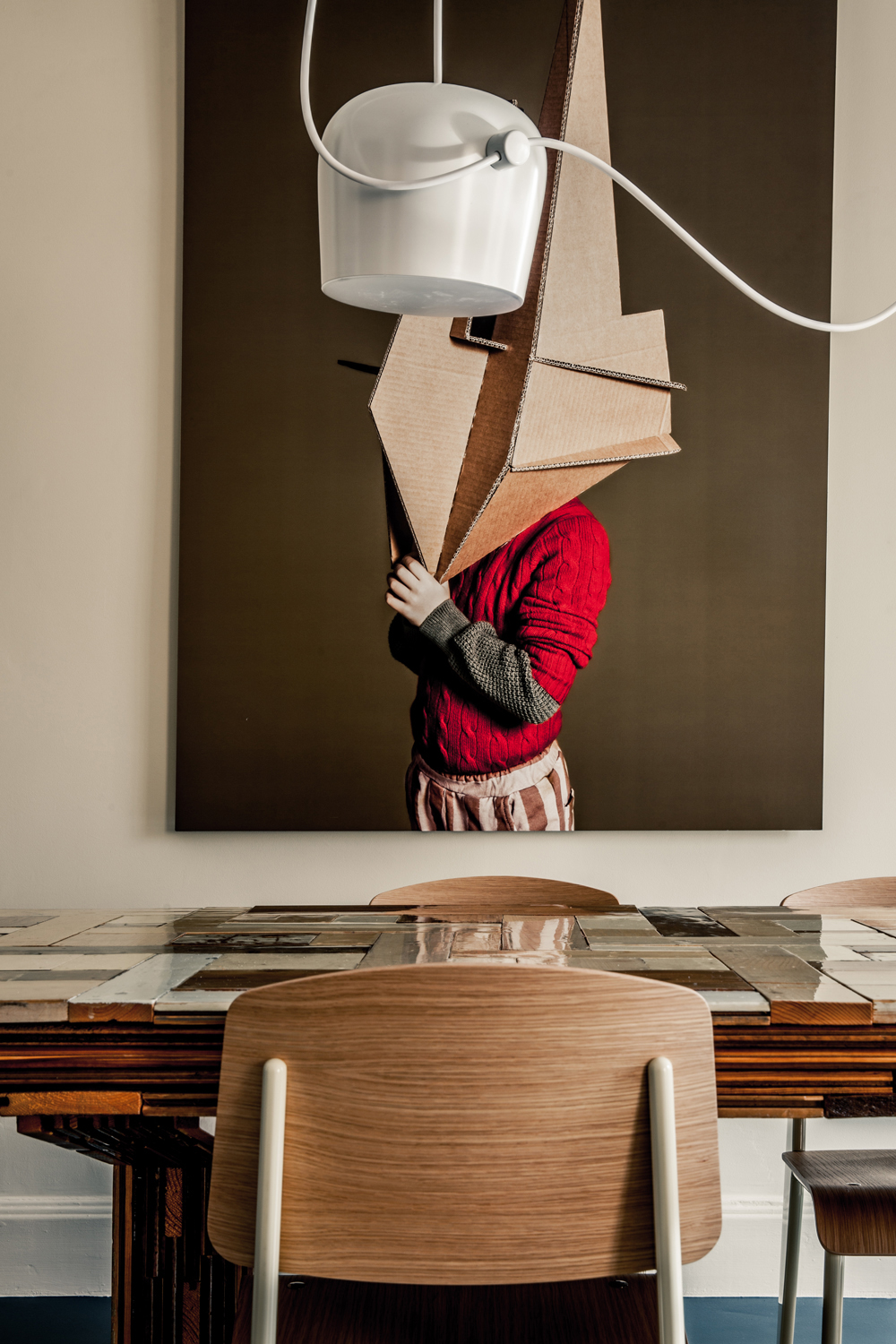 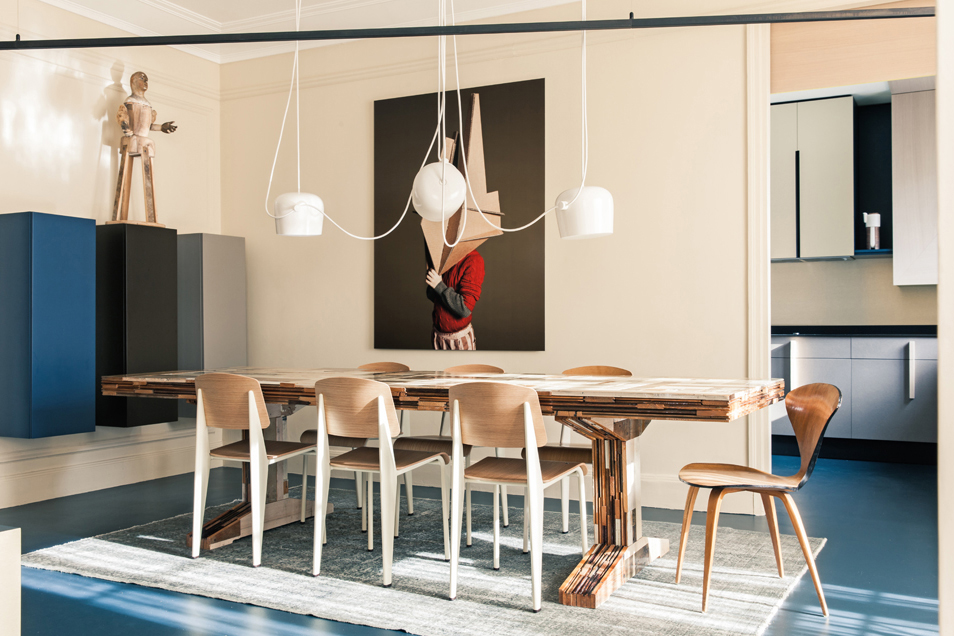 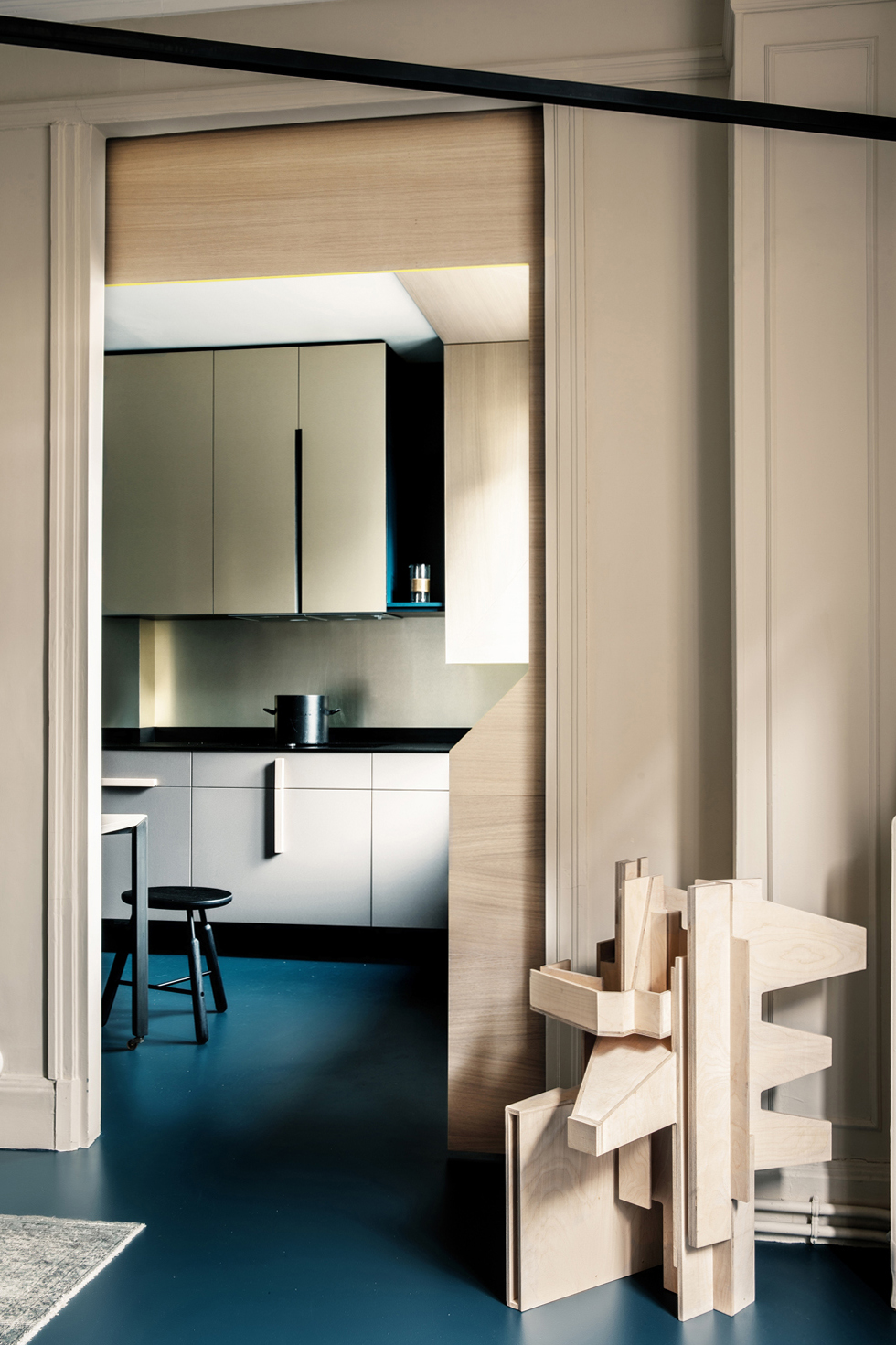 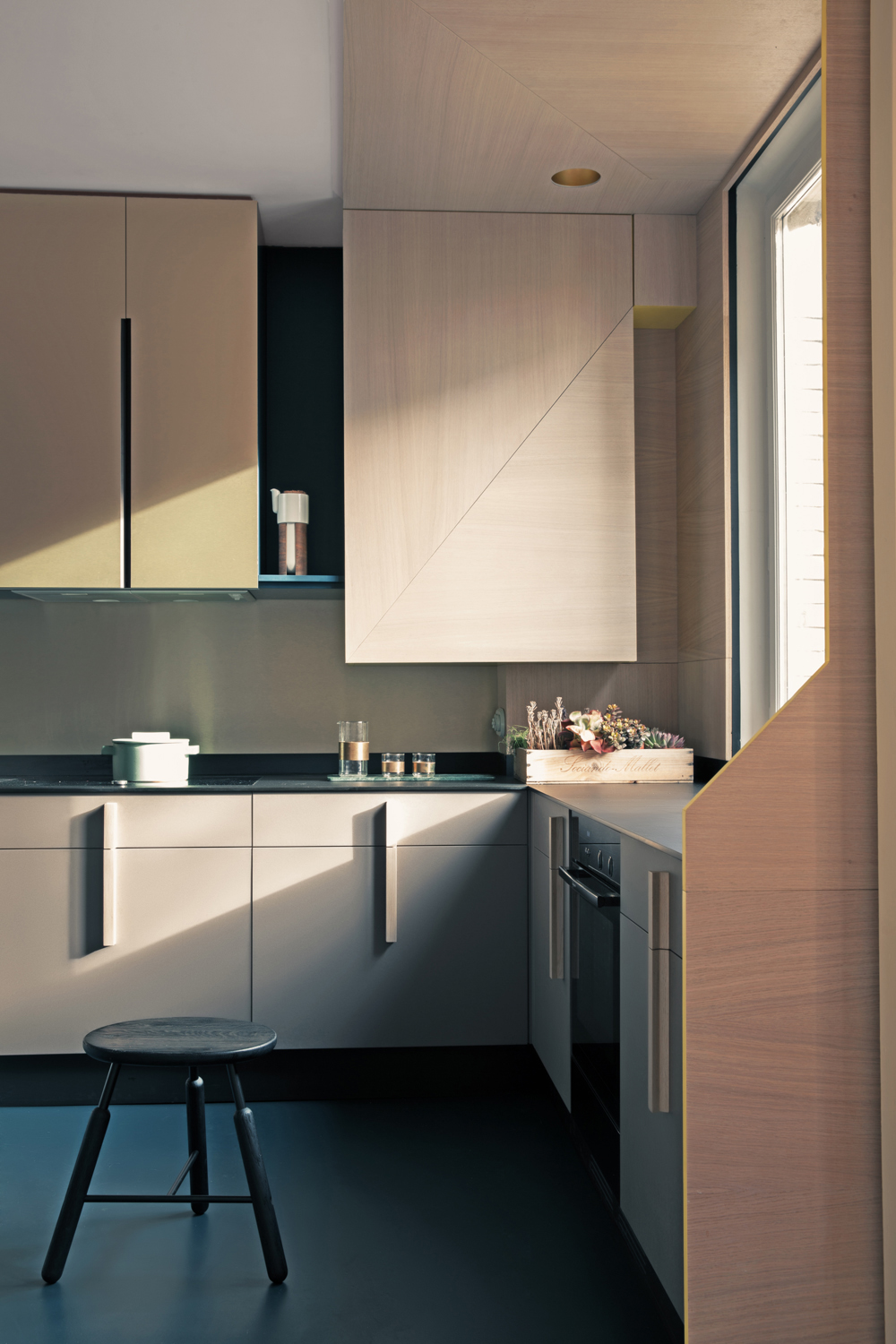 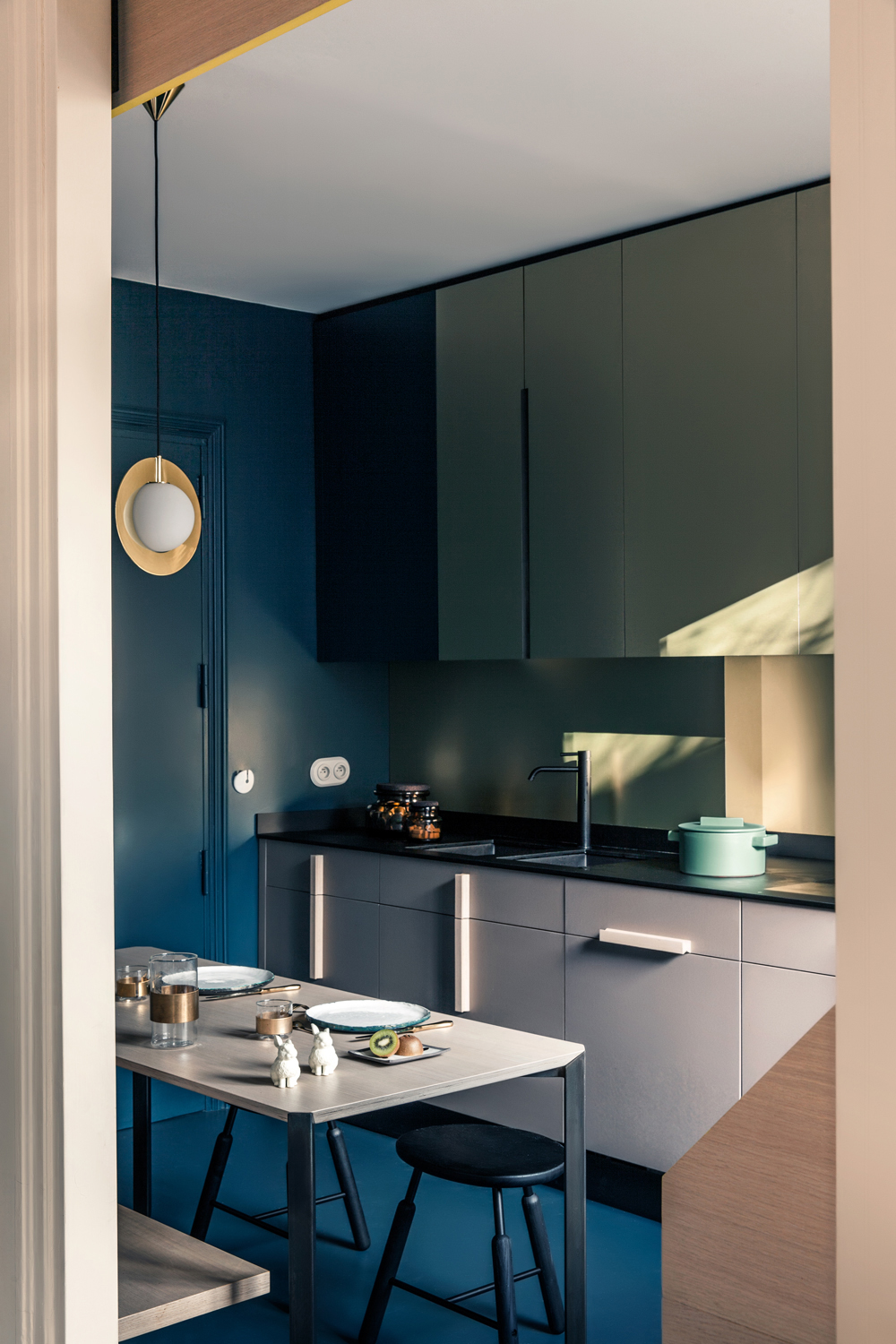 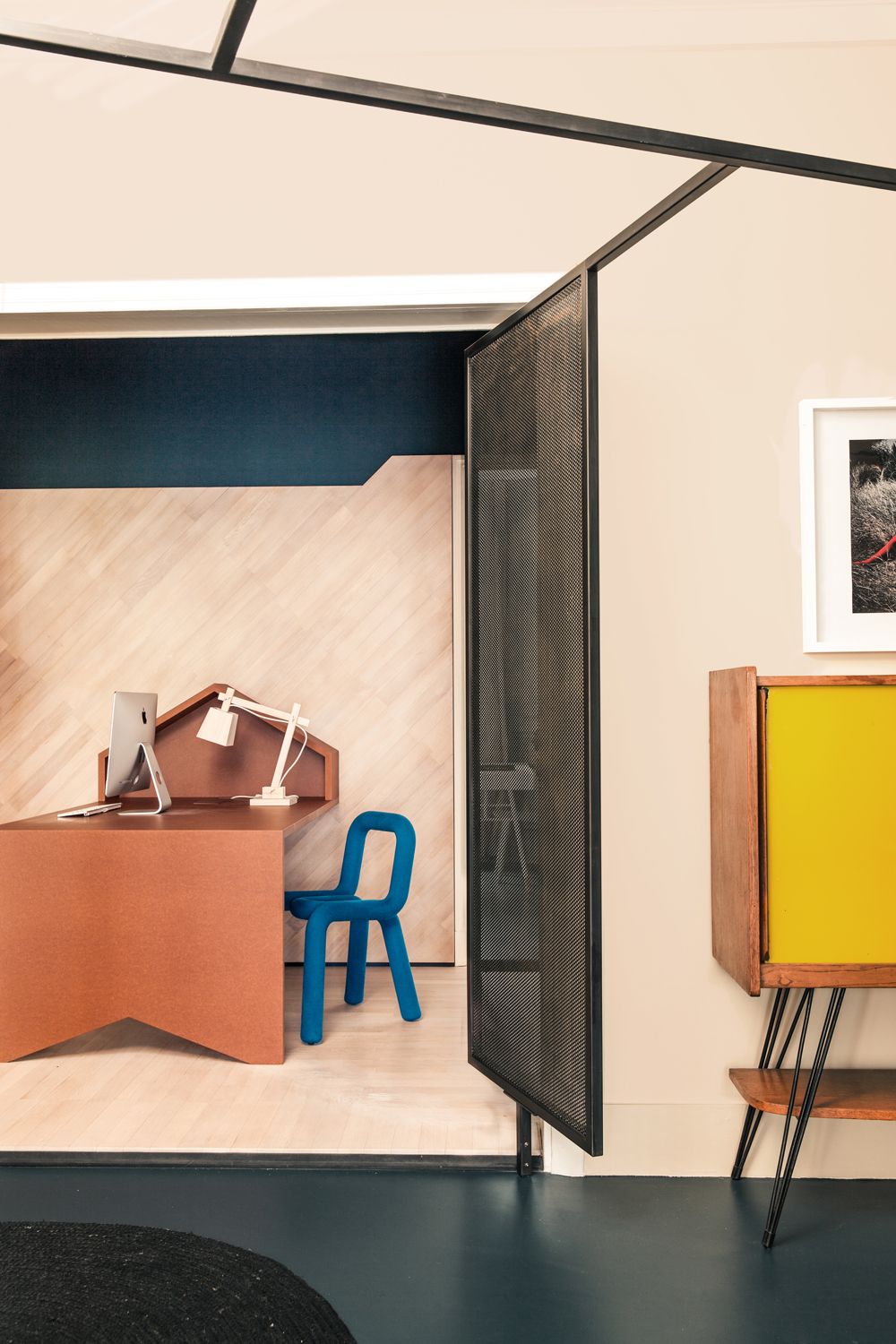 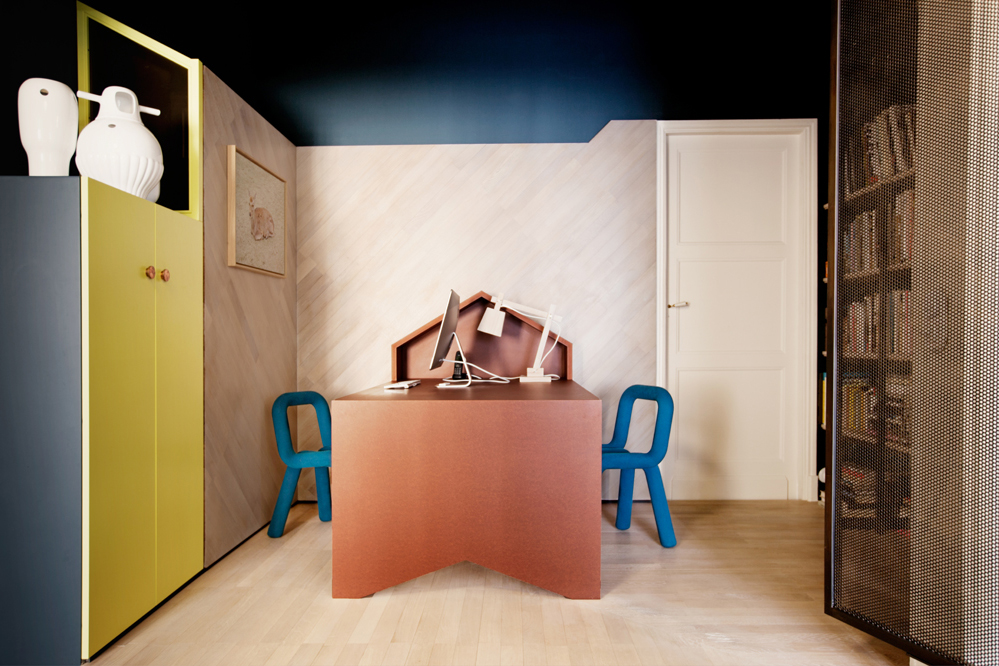 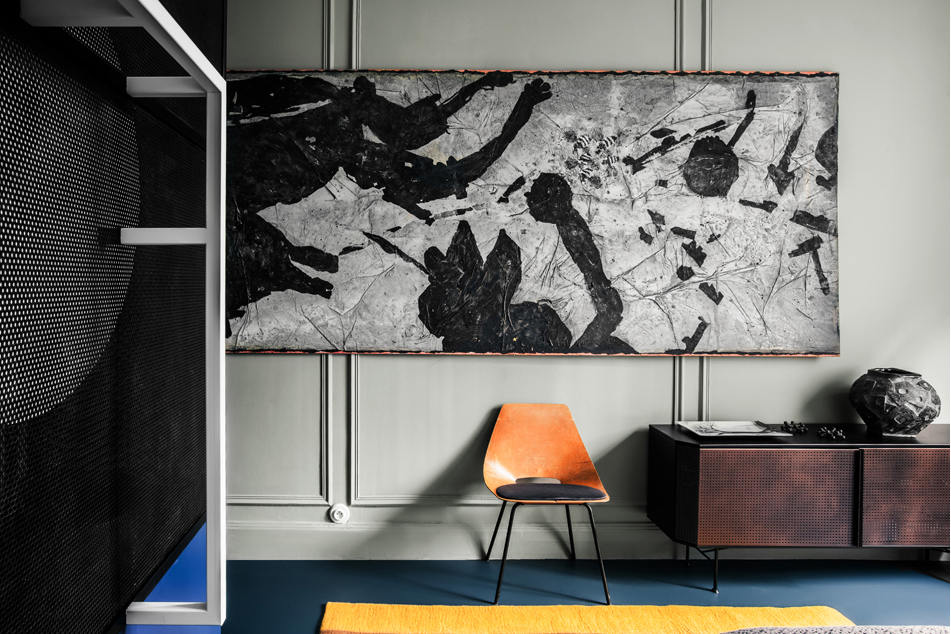 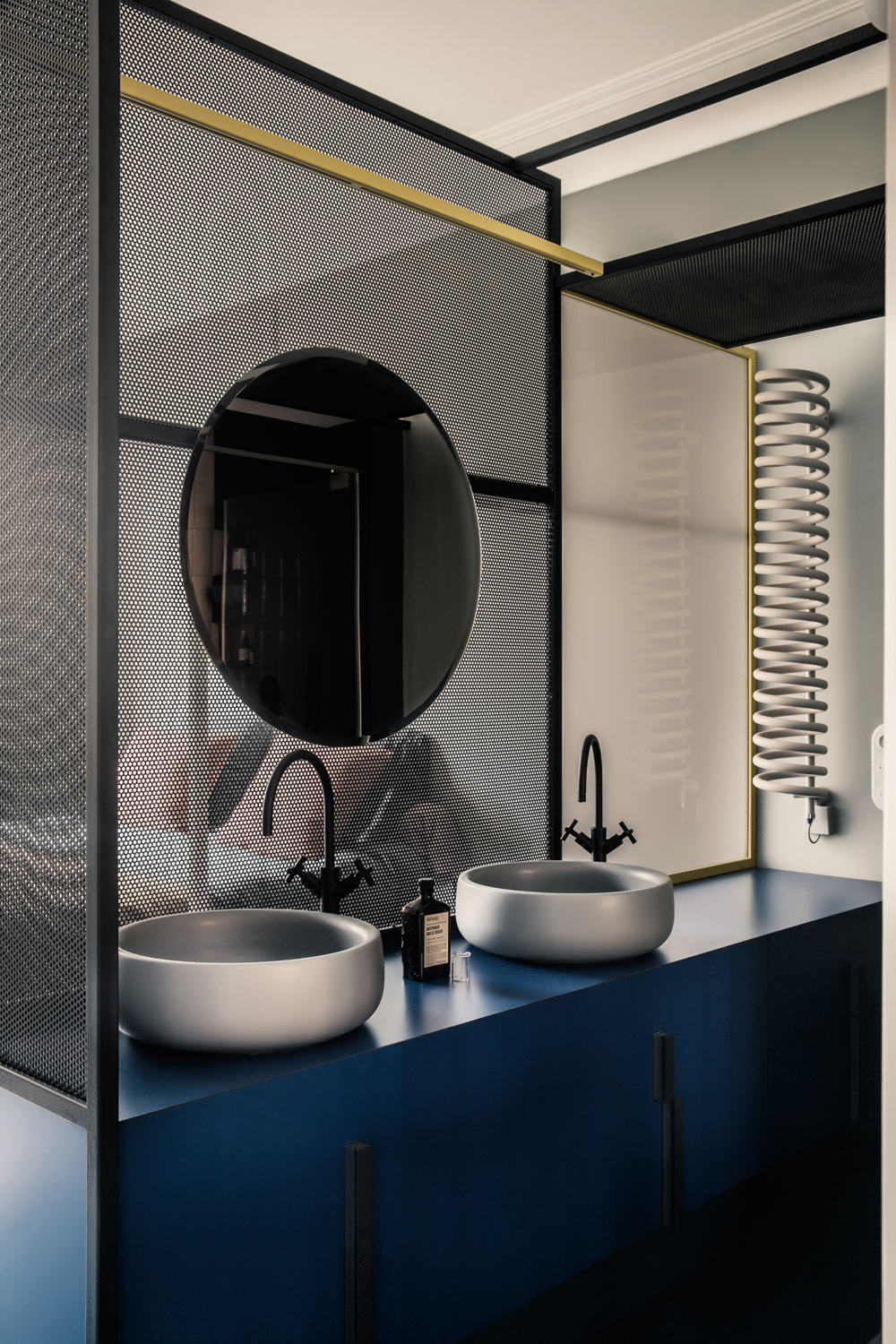 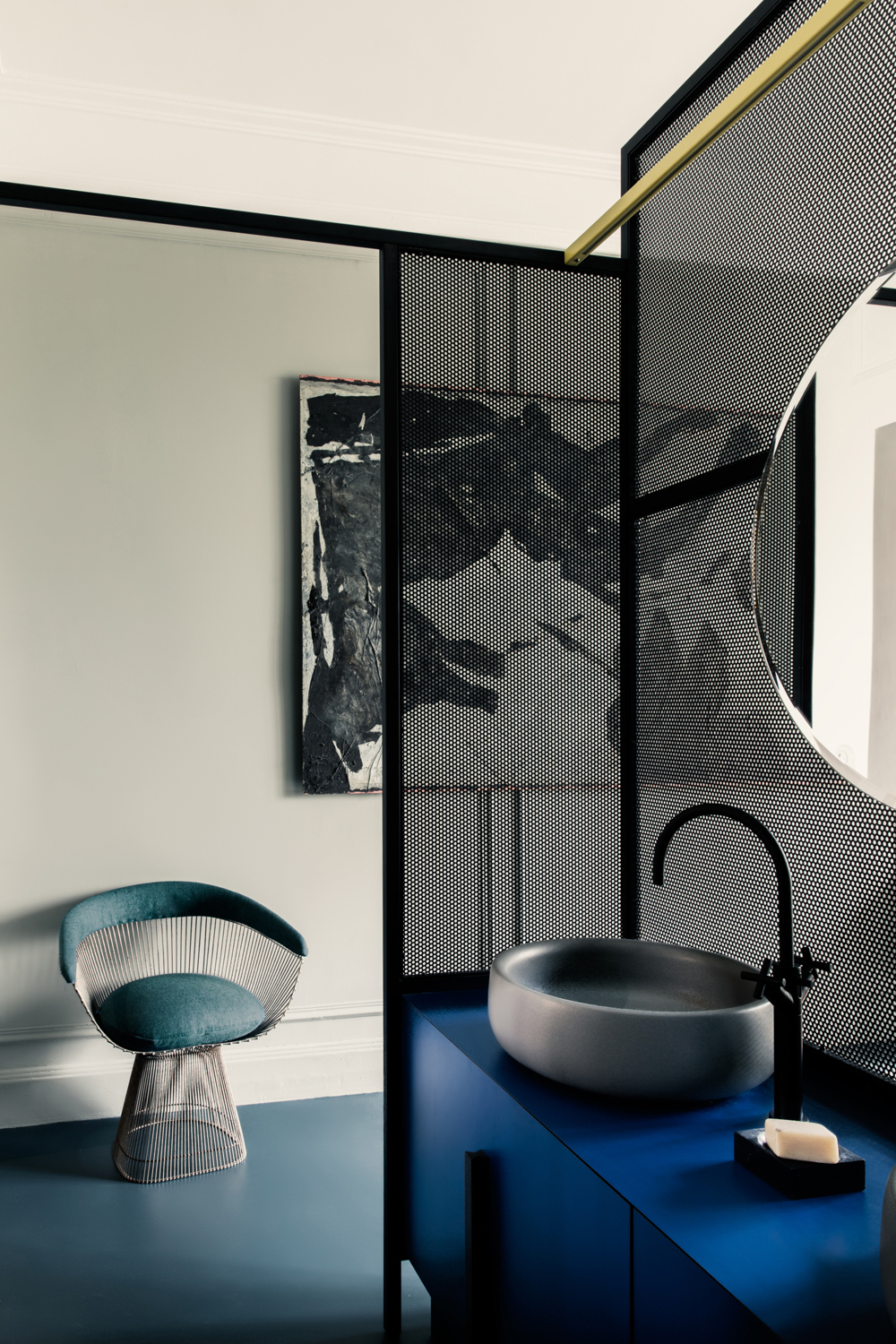 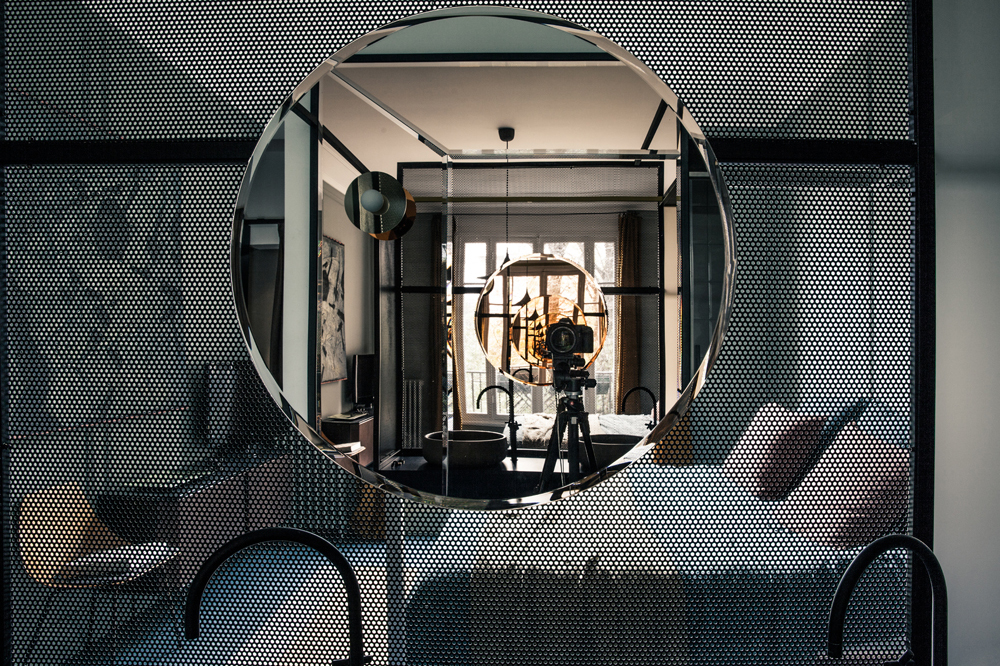 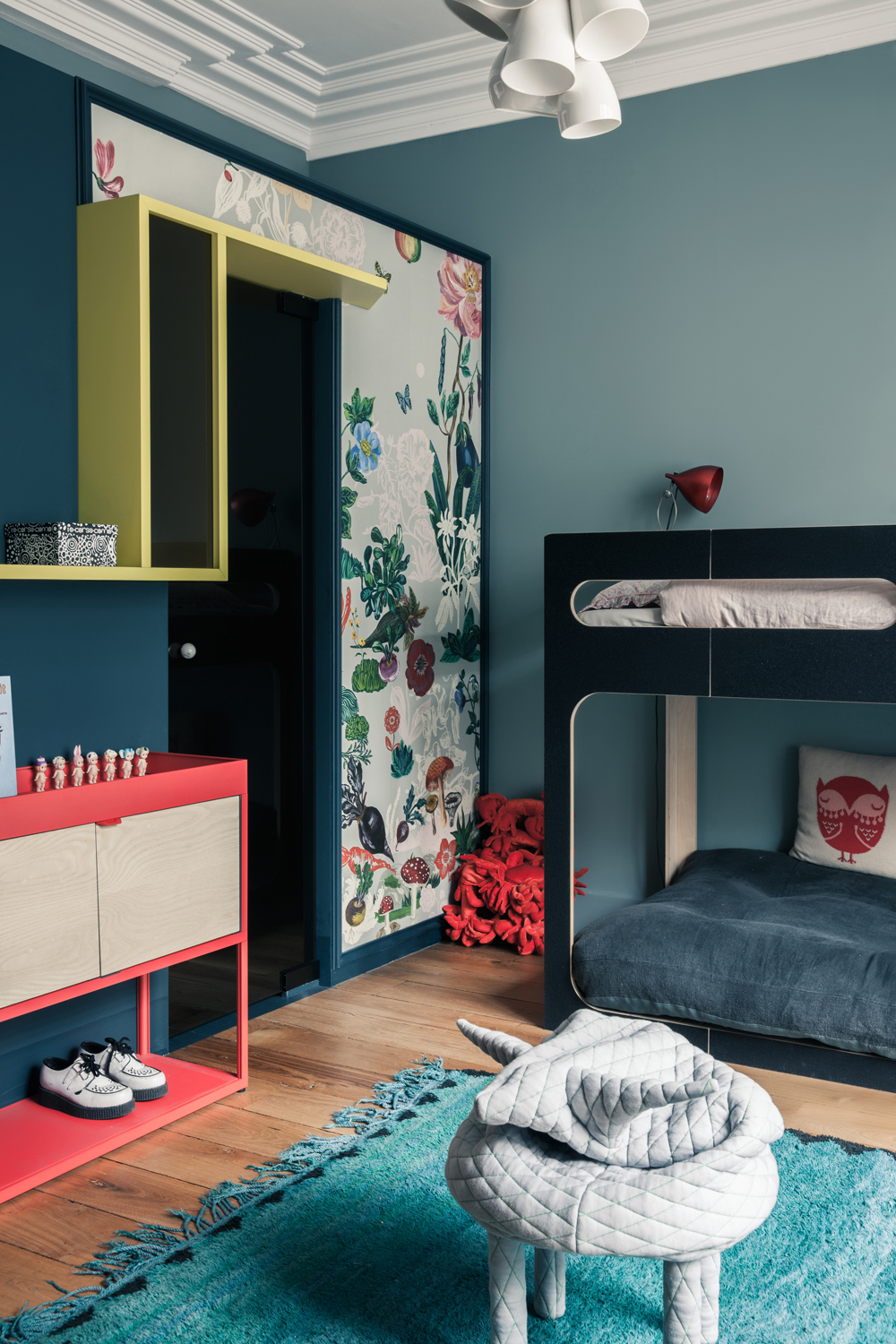 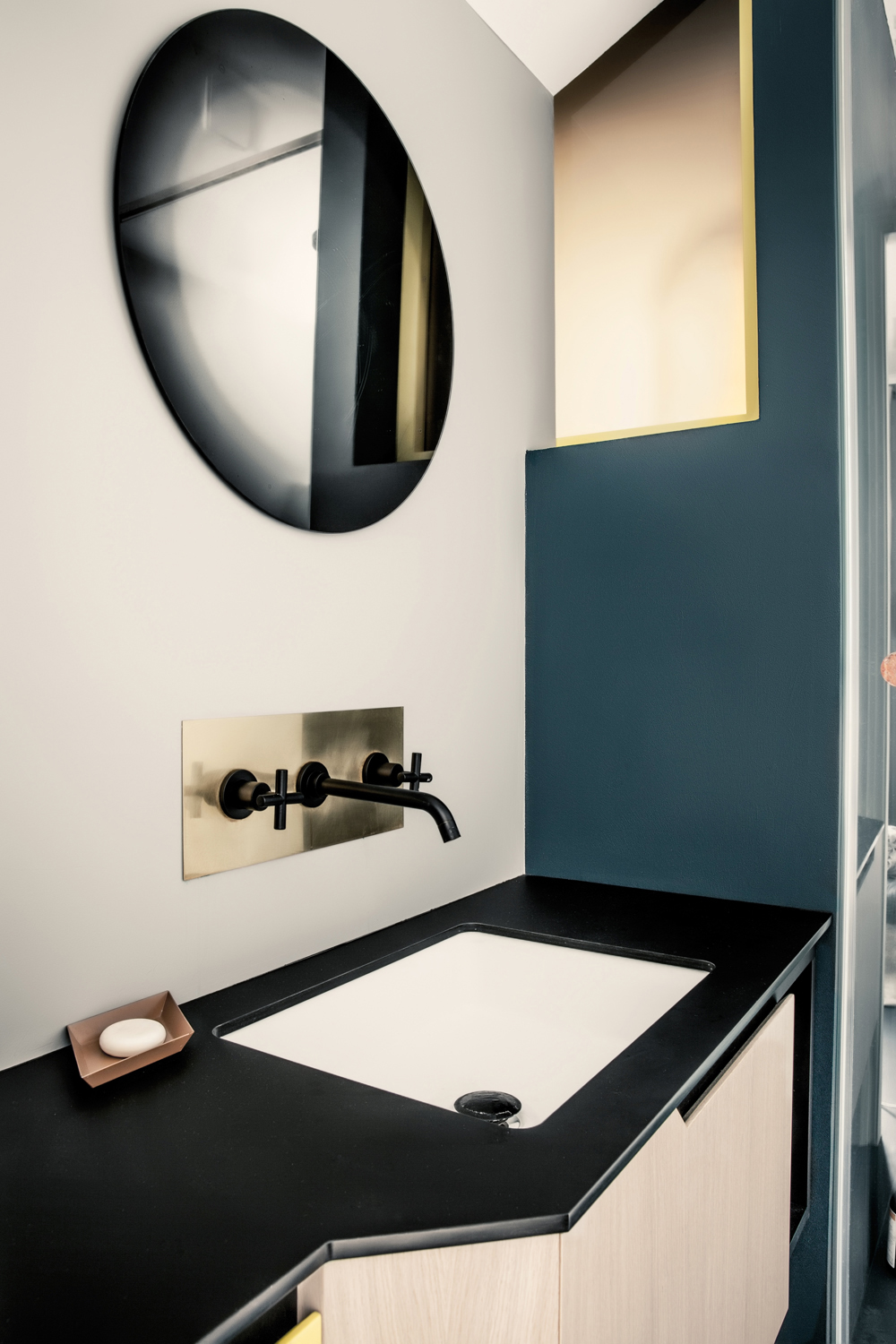 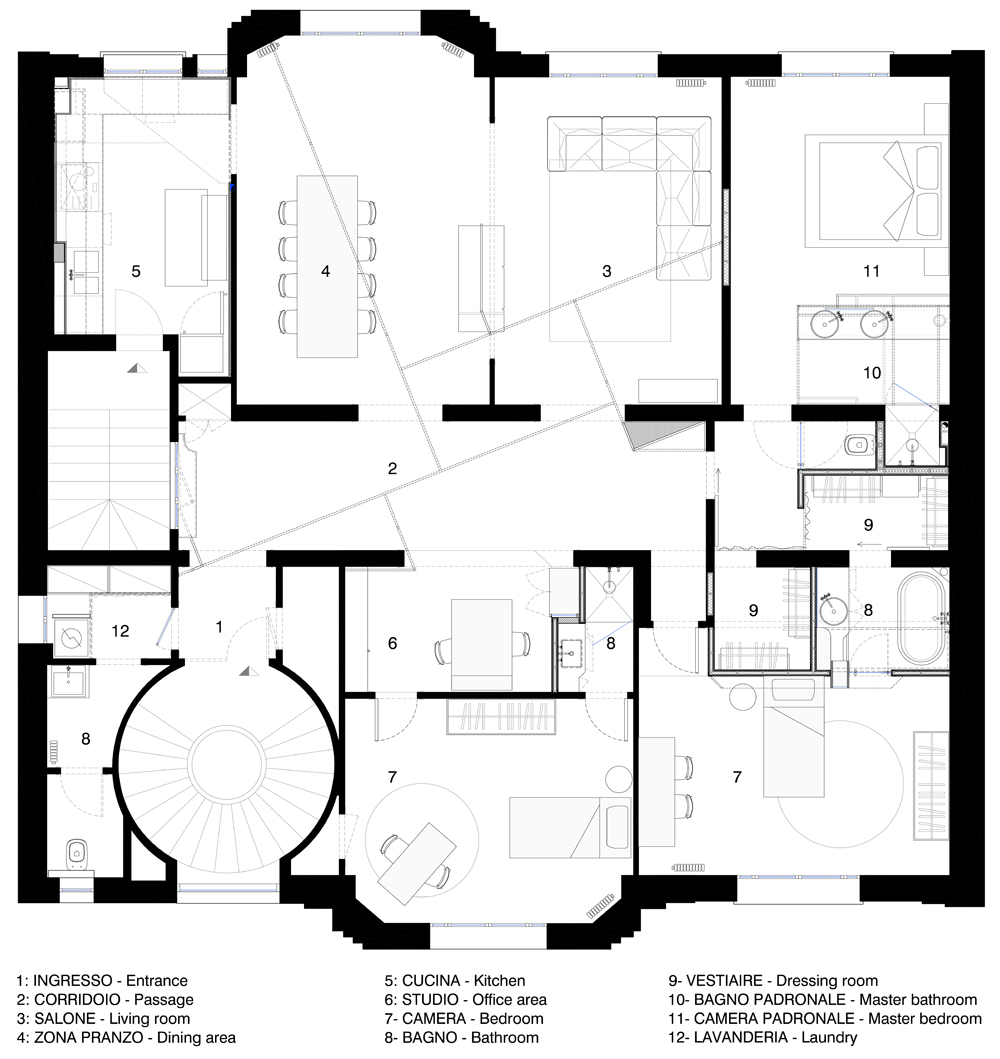 FONCTION ET FANTASIE
By continuing to browse the site you are agreeing to our use of cookies.