The romantic experience of “Grand Tour” revolved around discovering the distinctive nature of every individual location by studying the traditions and culture of the various countries involved.
This idea of a journey of discovery in Apulia through forms of popular culture, which generally refer to the sensibility, sentiments and iconic traits characterising Italian culture in southern Italy in particular, provides the starting point for the architects’ process of design for restructuring this 200 m² apartment close to the old part of Bari.

In his work entitled “Genius loci”, the famous theoretician of Swedish architecture, Christian Norberg-Schulz, claimed that: “A place is a space with its own distinctive nature”. So designing architecture, (and according to the UdA architects Andrea Marcante and Adelaide Testa this should be also applied to interior architecture), means attempting to identify and visualize the Genius loci: the architect’s task is to incorporate it in the house’s design.

It is no coincidence that we feel a sense of well-being when we occupy spaces evoking times and traditions gone by, because we always look for a symbolic-spiritual type side to living and not just the technical-functional aspect of inhabiting, which takes us back to our ancestral family and the history of the city in which we live.

A process bringing back to light the various layers of our own personal background, which happens to coincide with the spaces in which we have lived, through the use of materials and forms: wood, terracotta and cork, embroidered and patterned linen, crocheting and cross-stitching.

So in the “wonder rooms ” of this project, the structural design of the bathrooms and wardrobe areas look like micro-works of architecture stylistically inspired by traditional local architecture; the customised furniture and doors made of planks of wood nod at aspects of local rural life: experimental textile resin serigraphed with custom-designed cross-stitched patterns, the fabric lamps, and even the furnishing accessories themselves, such as Aura Cesari’s bed cover, the cushions and photographic works embellished with lace designed by the artist Silvia Giambrone, take us back to typical traditional female work, such as knitting and crocheting, still clearly visible in the “open rooms” of old Bari, which, as Calvino said in his Finibusterre, “…multiply endlessly and, thank God, grow again anew and never die”.

As far as the house’s layout is concerned, as counterpoints to the solid walls of the original structure, the designers have introduced an overhead system of burnished iron sections containing lights and slides for the doors, whose distinctive patterns evoke Middle East influences form the past, while – functionally speaking – also providing shade and separating the corridors from the spacious lounge/kitchen that results from the unifying of three rooms visually connected by resin creating a clay-like effect.

The old-fashioned objects found around the apartment interact with custom-designed contemporary furniture and historical artefacts from the 20th century, but, in the end, it is ultimately the Genius as a spirit or, more correctly speaking, tutelary or benevolent guardian of the fate of families and the spaces they inhabit, delighted to find themselves completely at their ease amidst wonders from the past and present.

Suppliers for custom furnishings and materials: 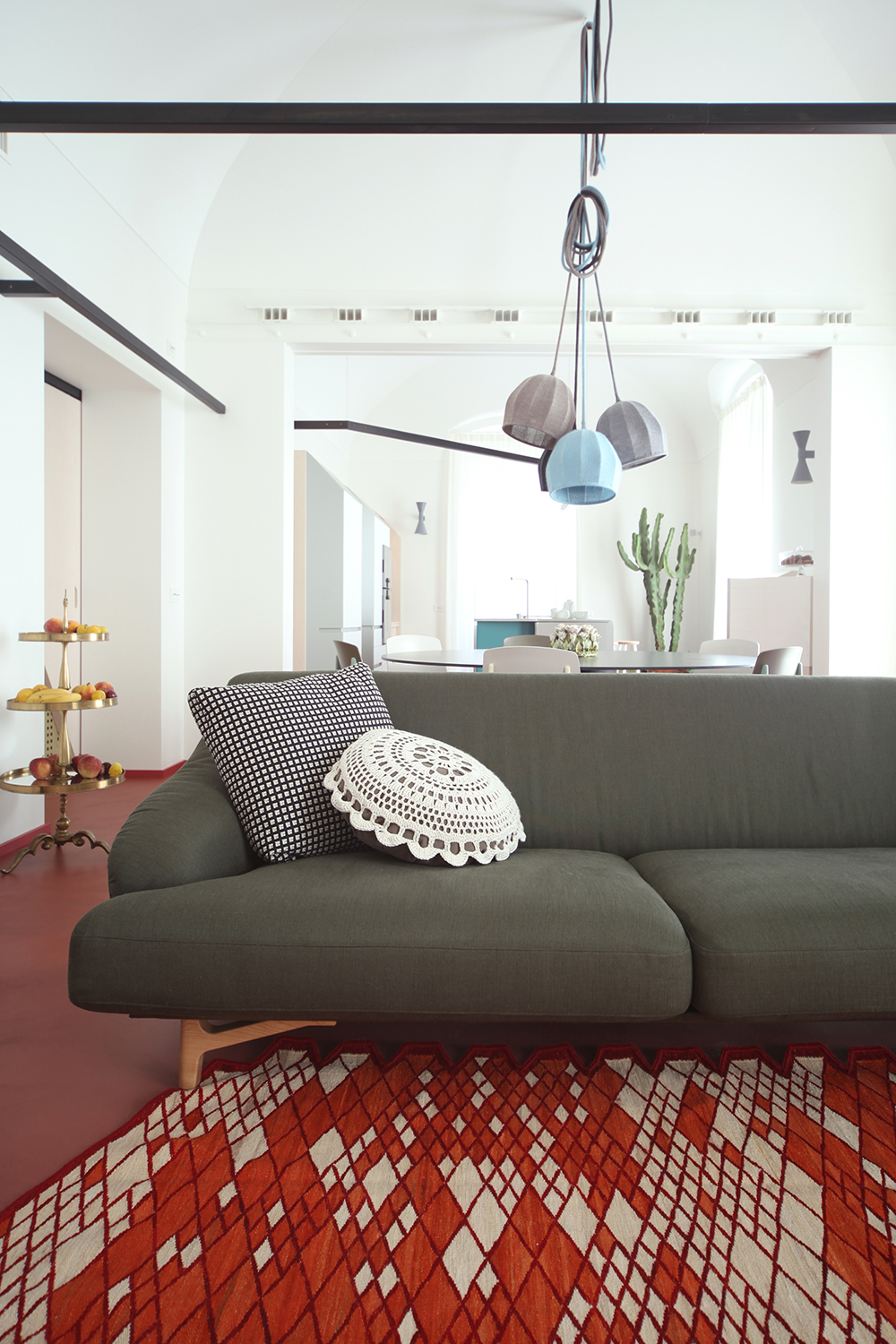 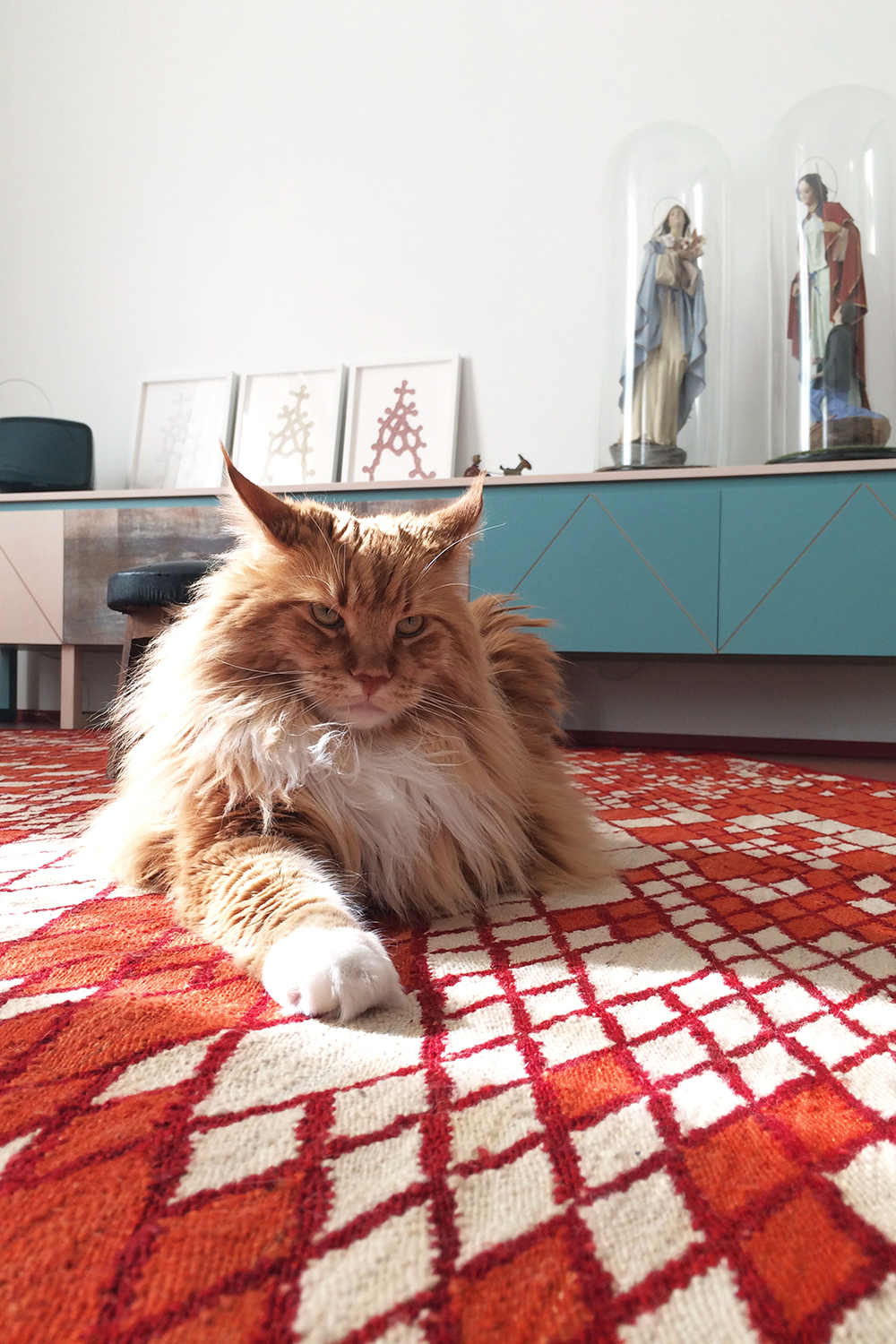 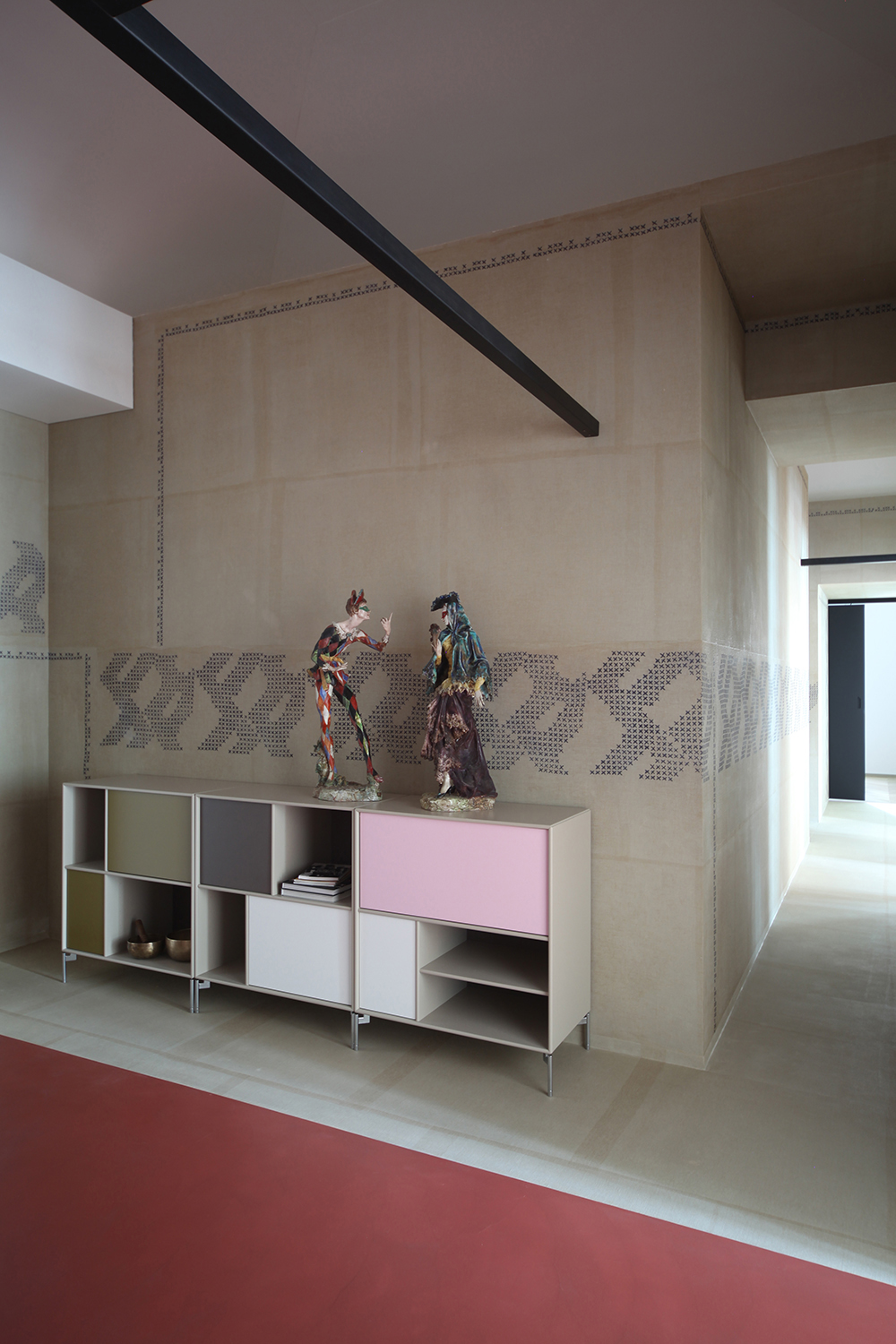 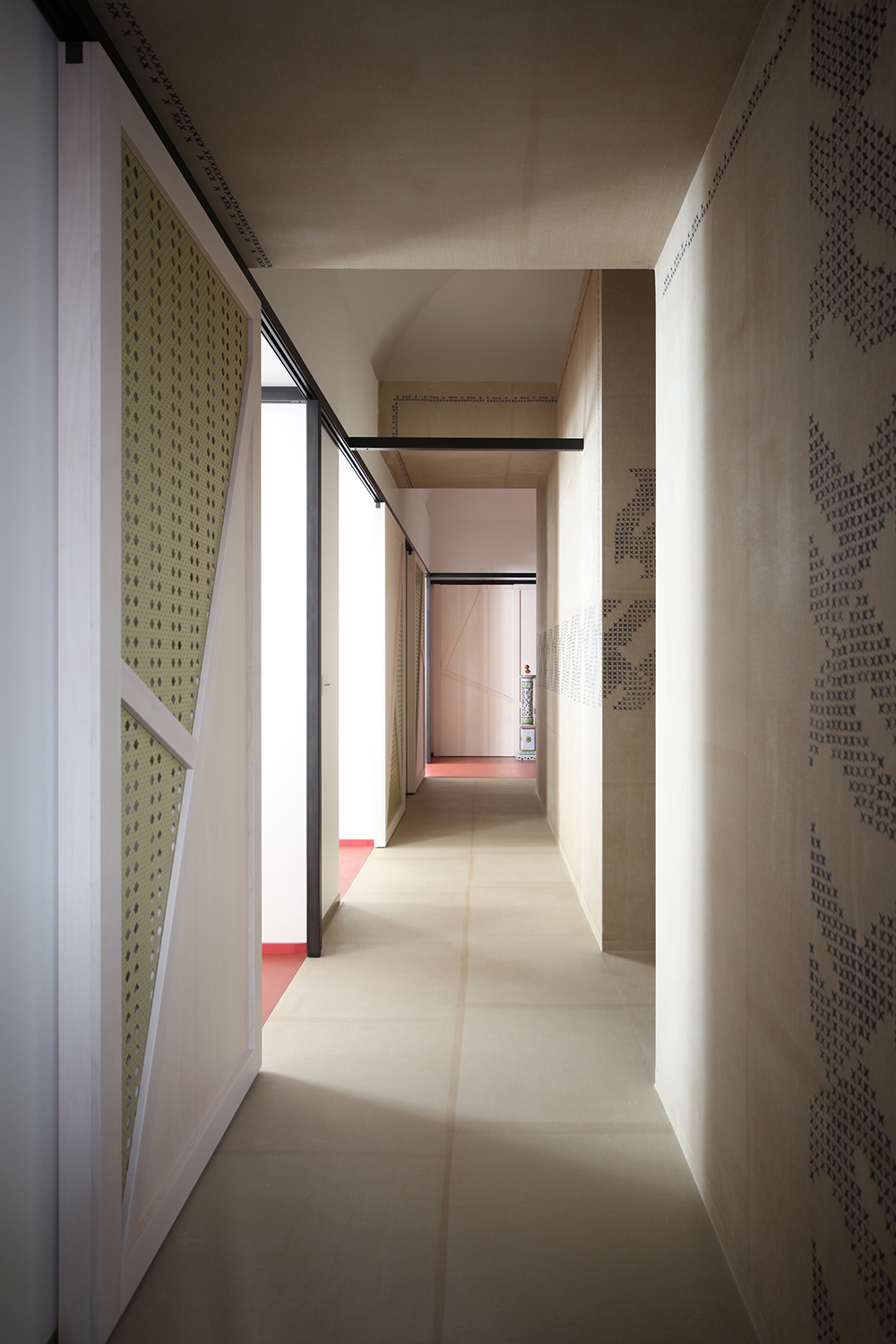 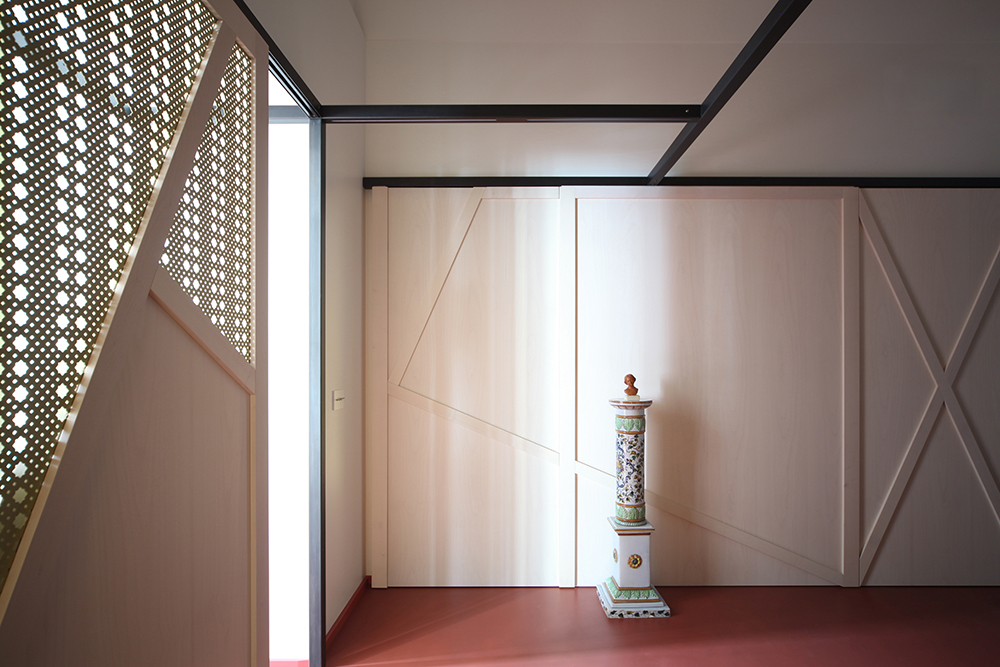 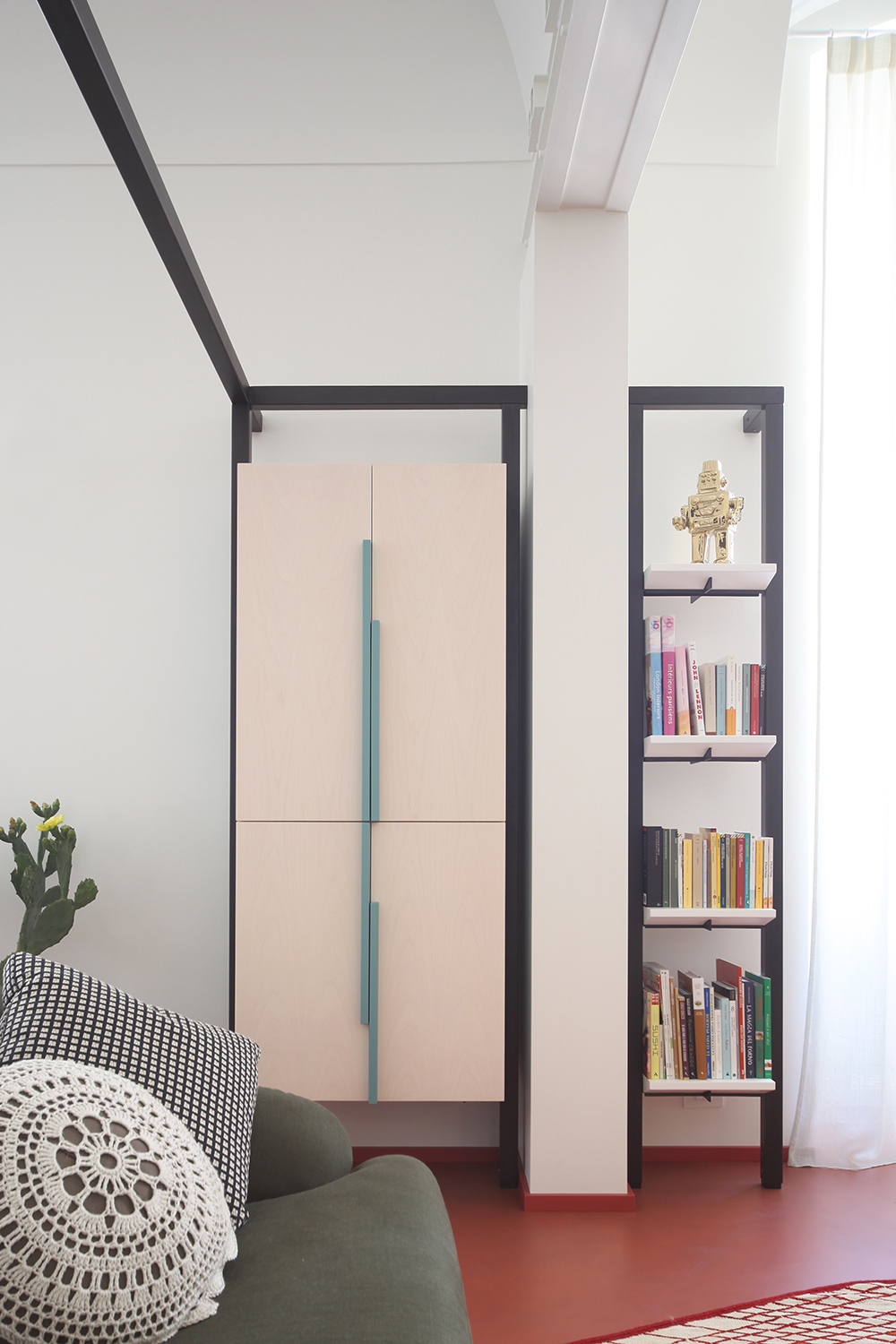 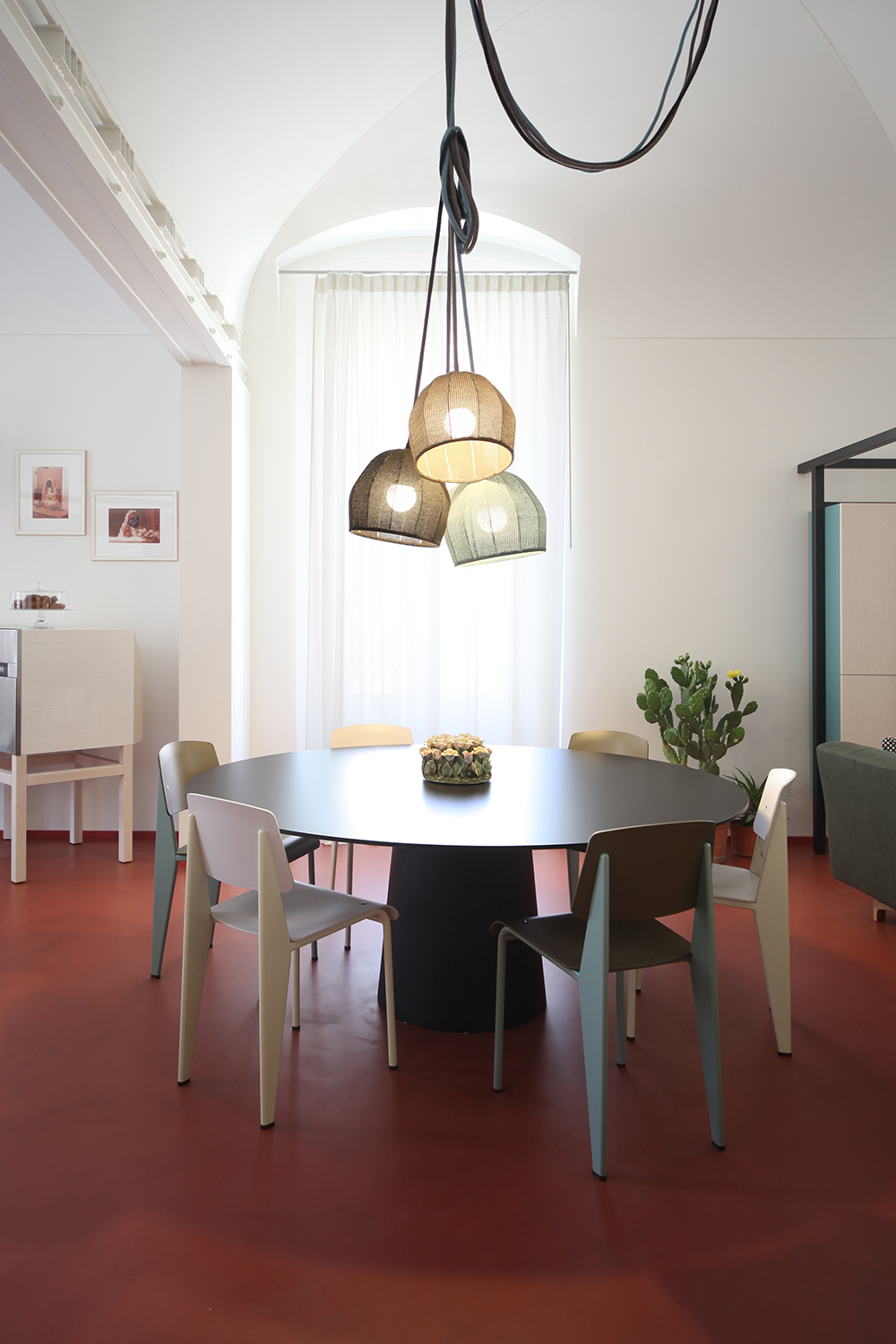 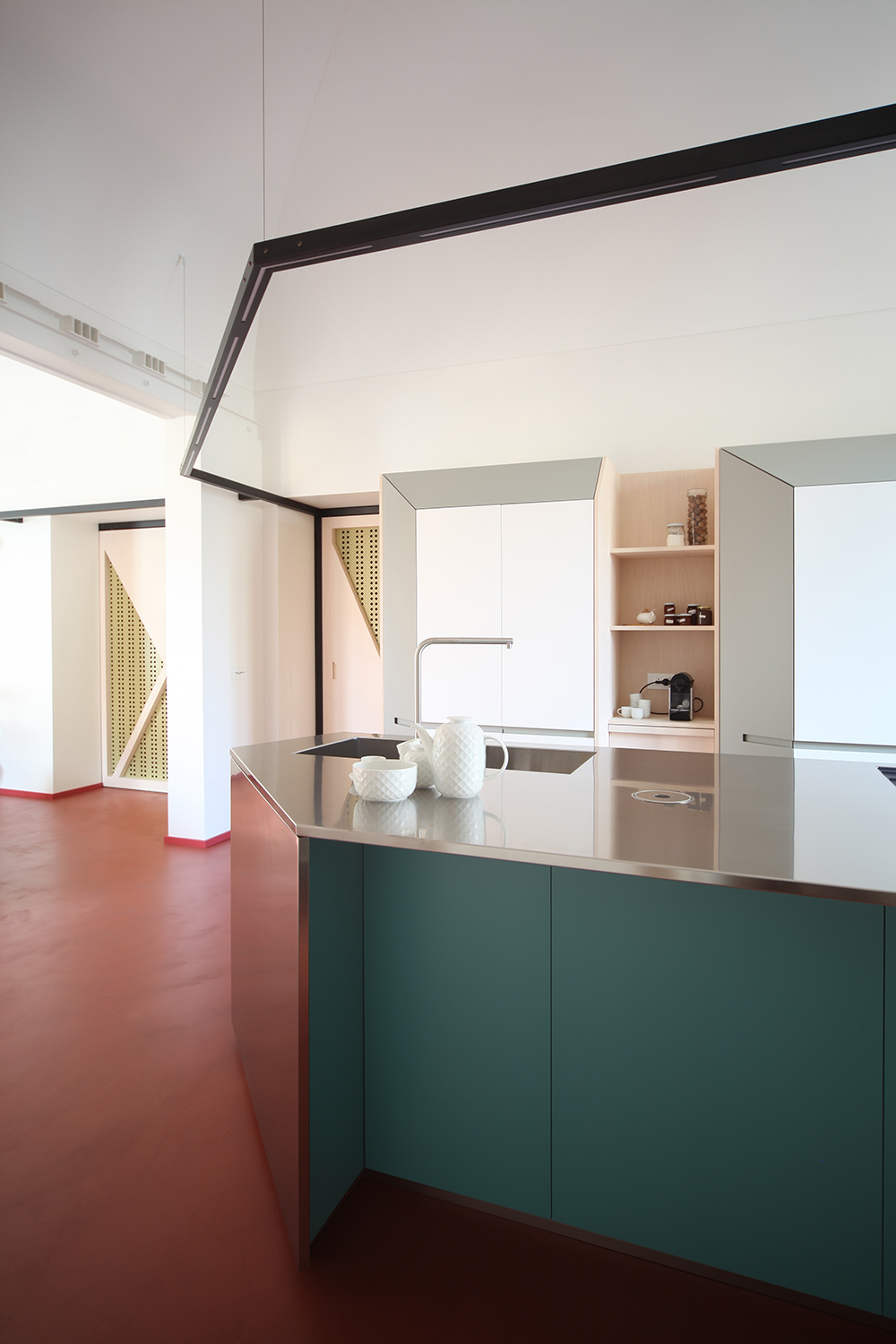 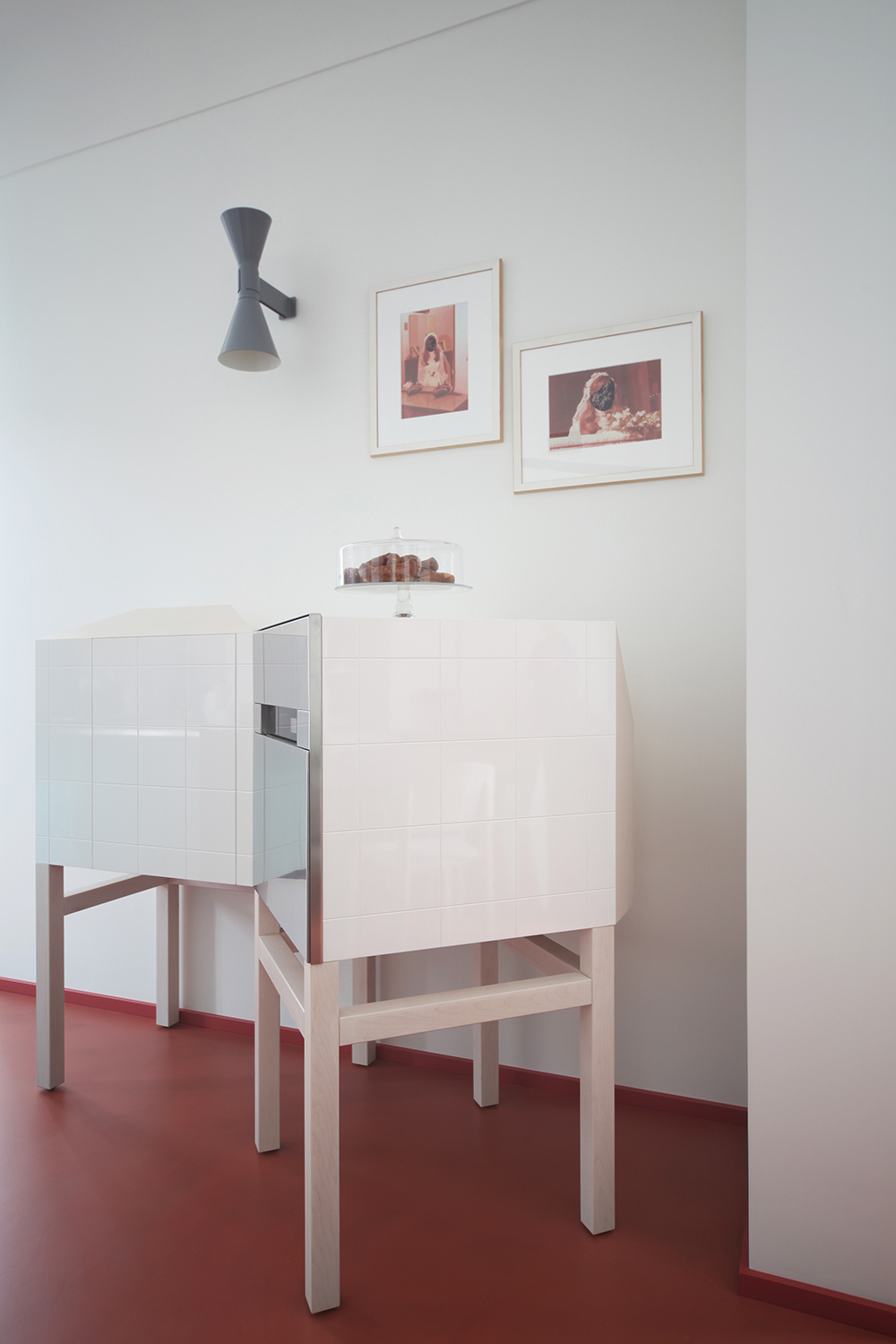 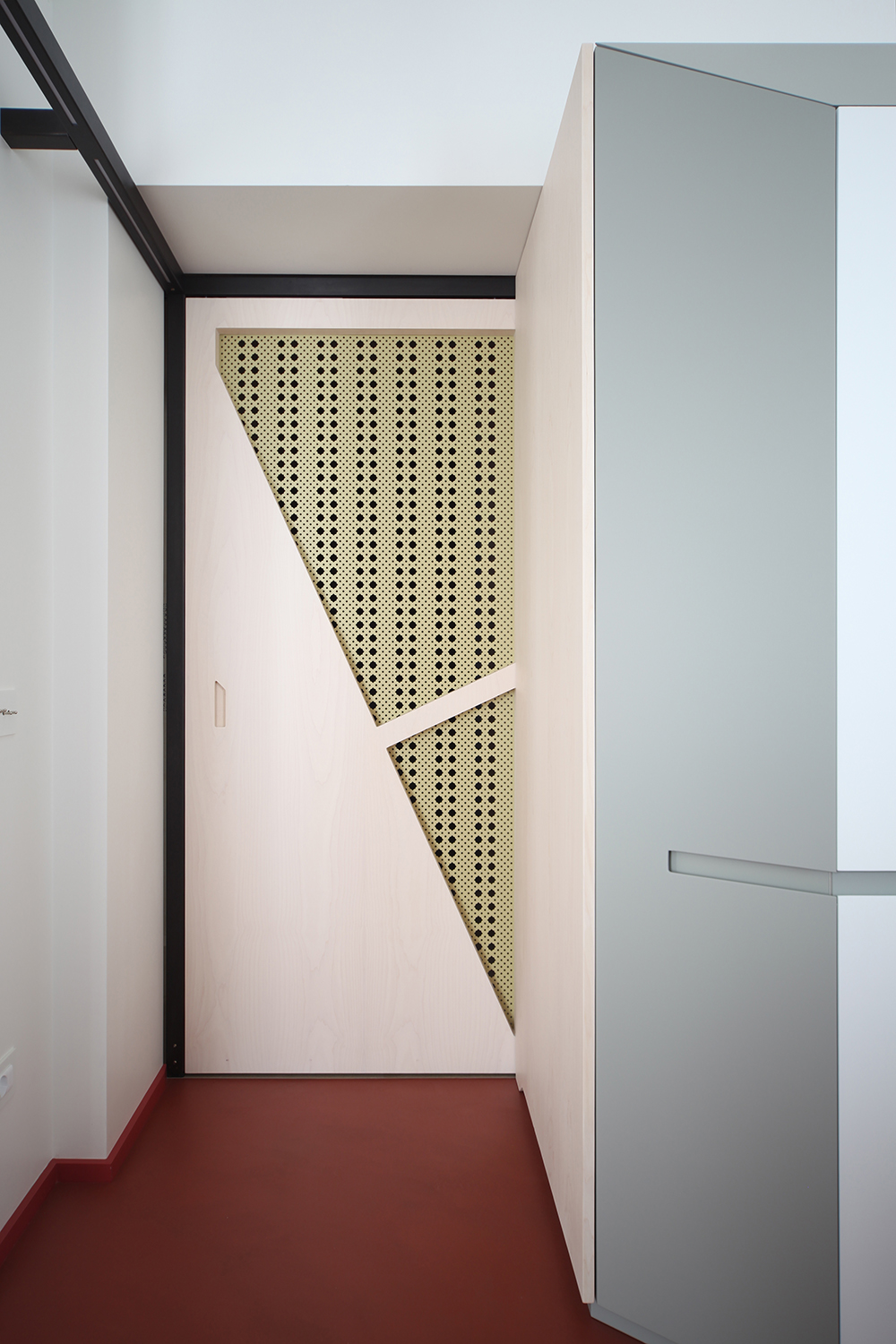 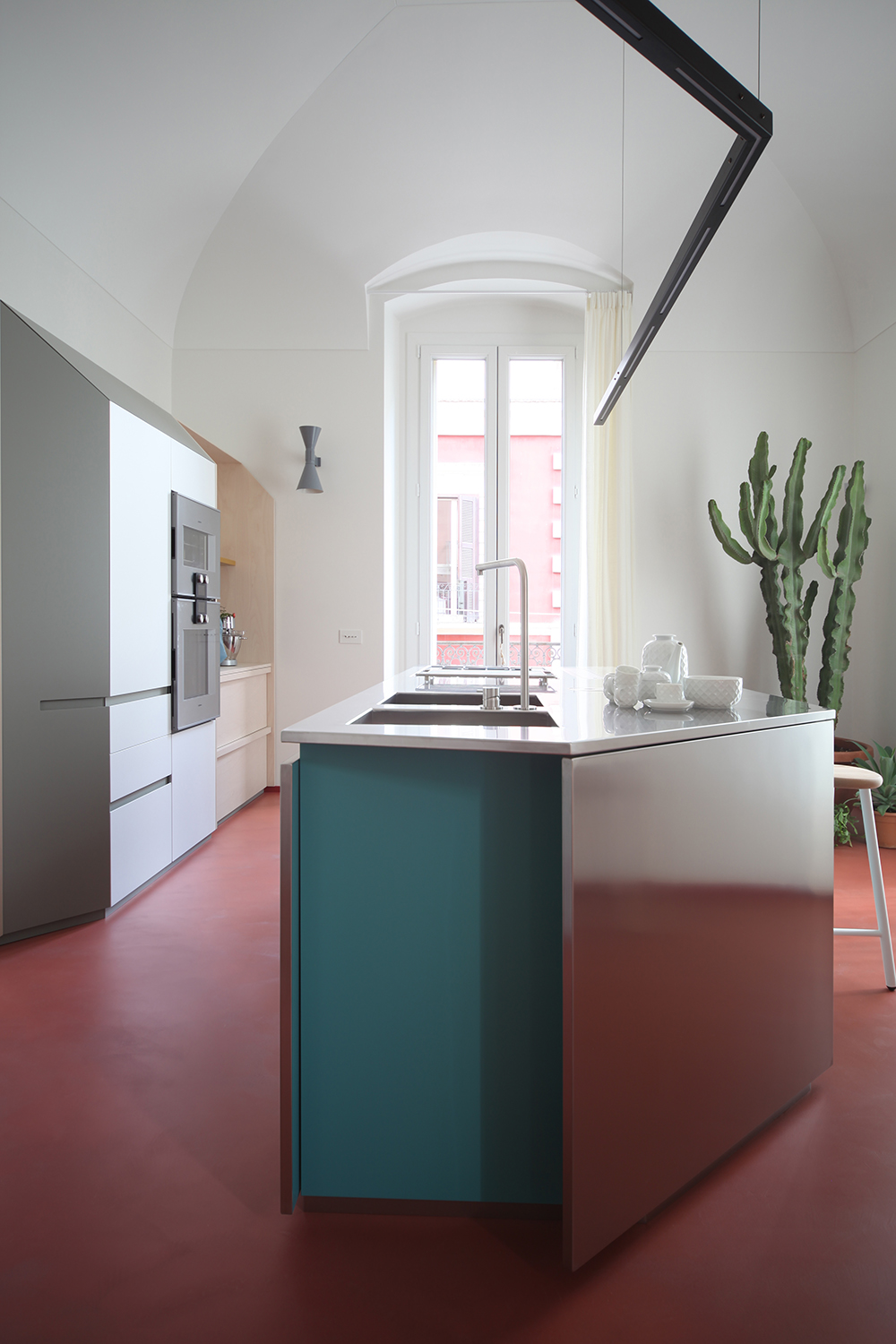 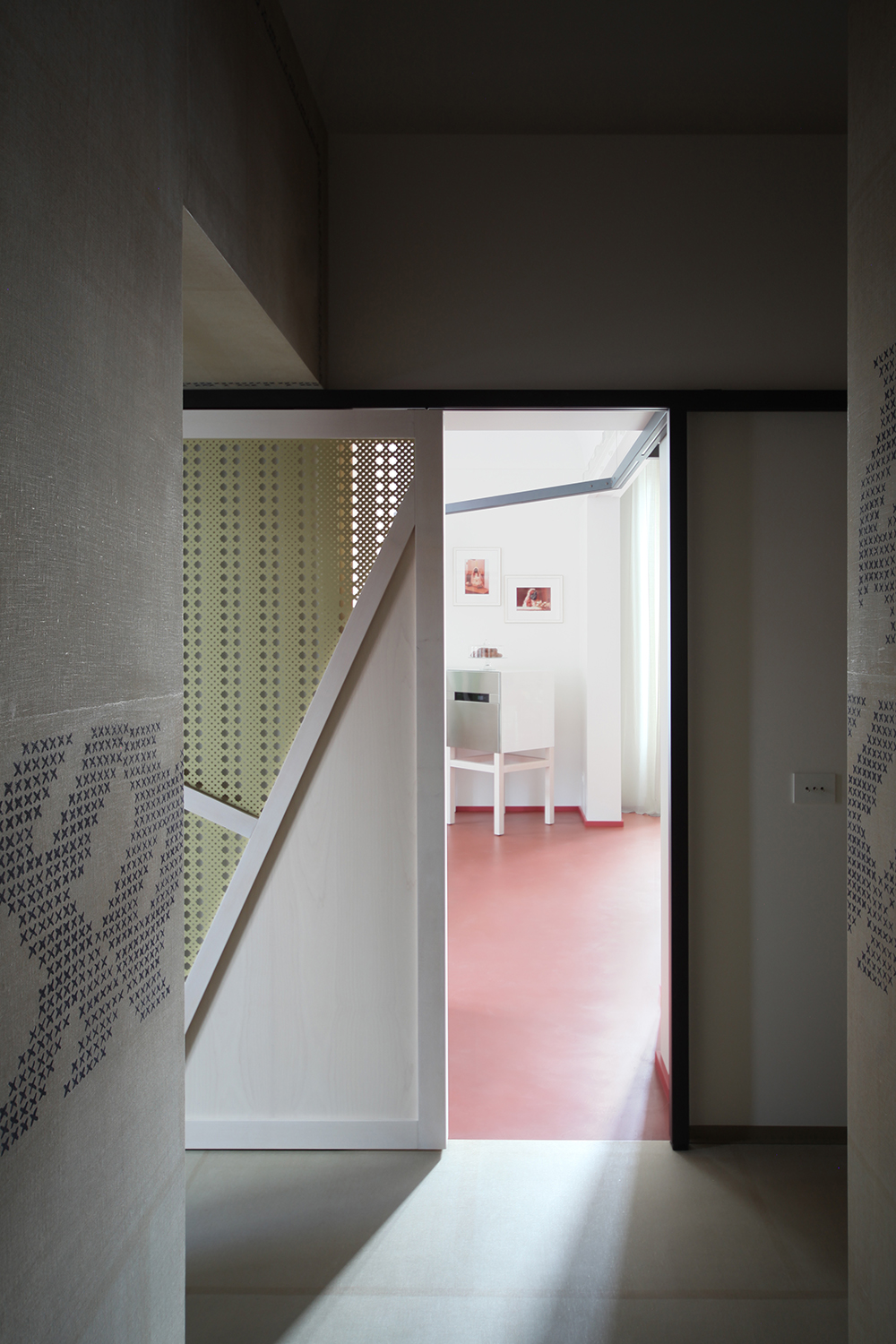 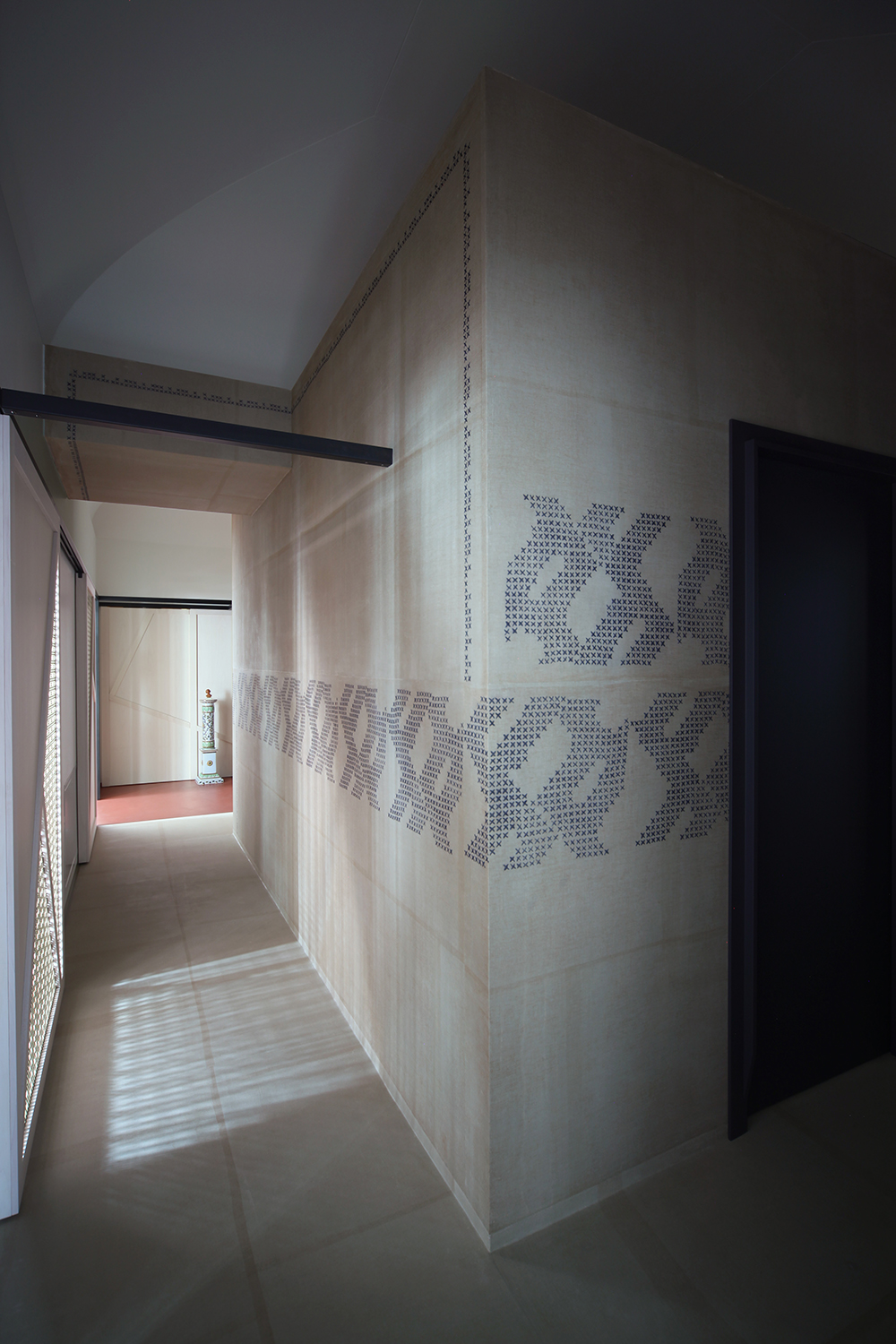 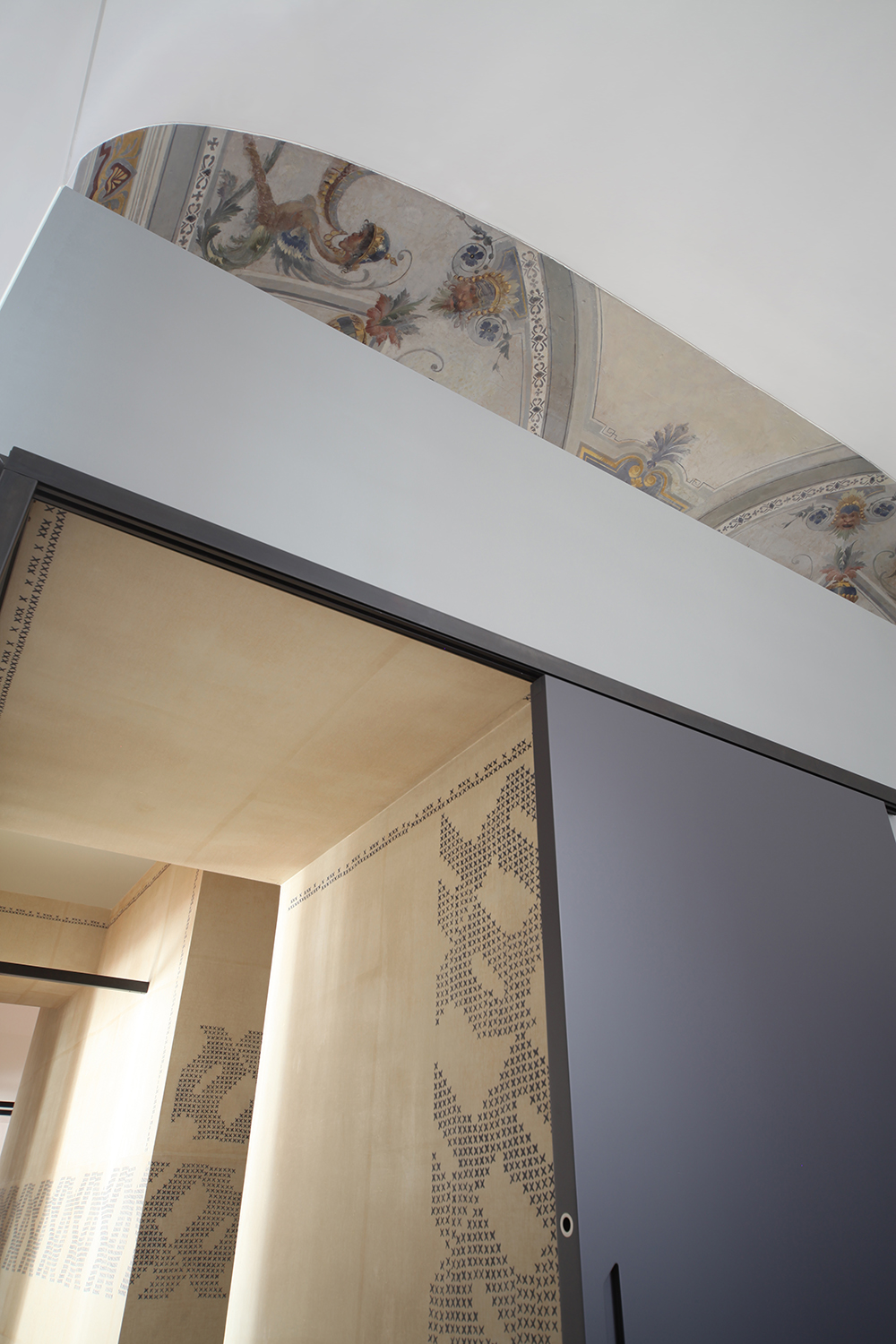 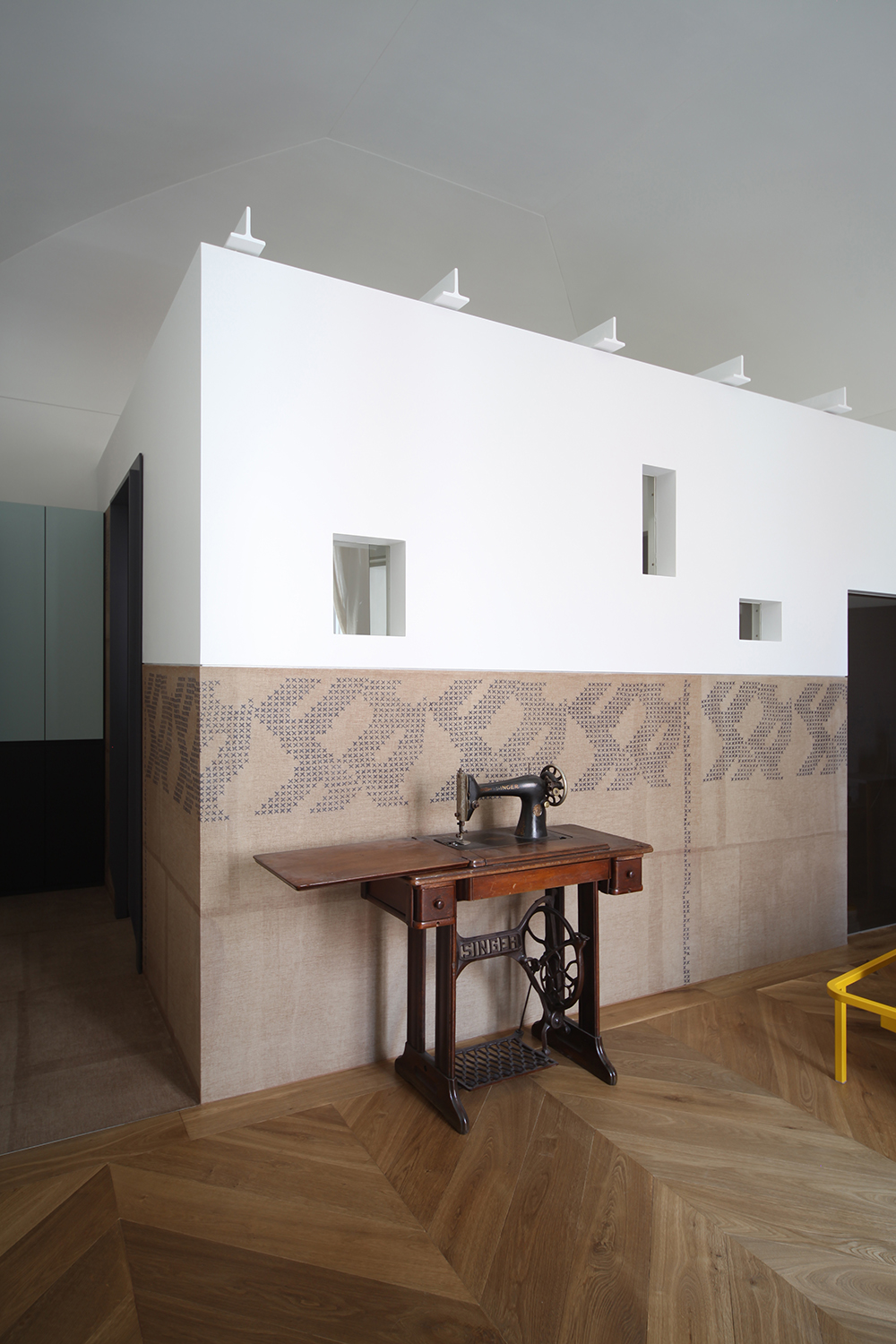 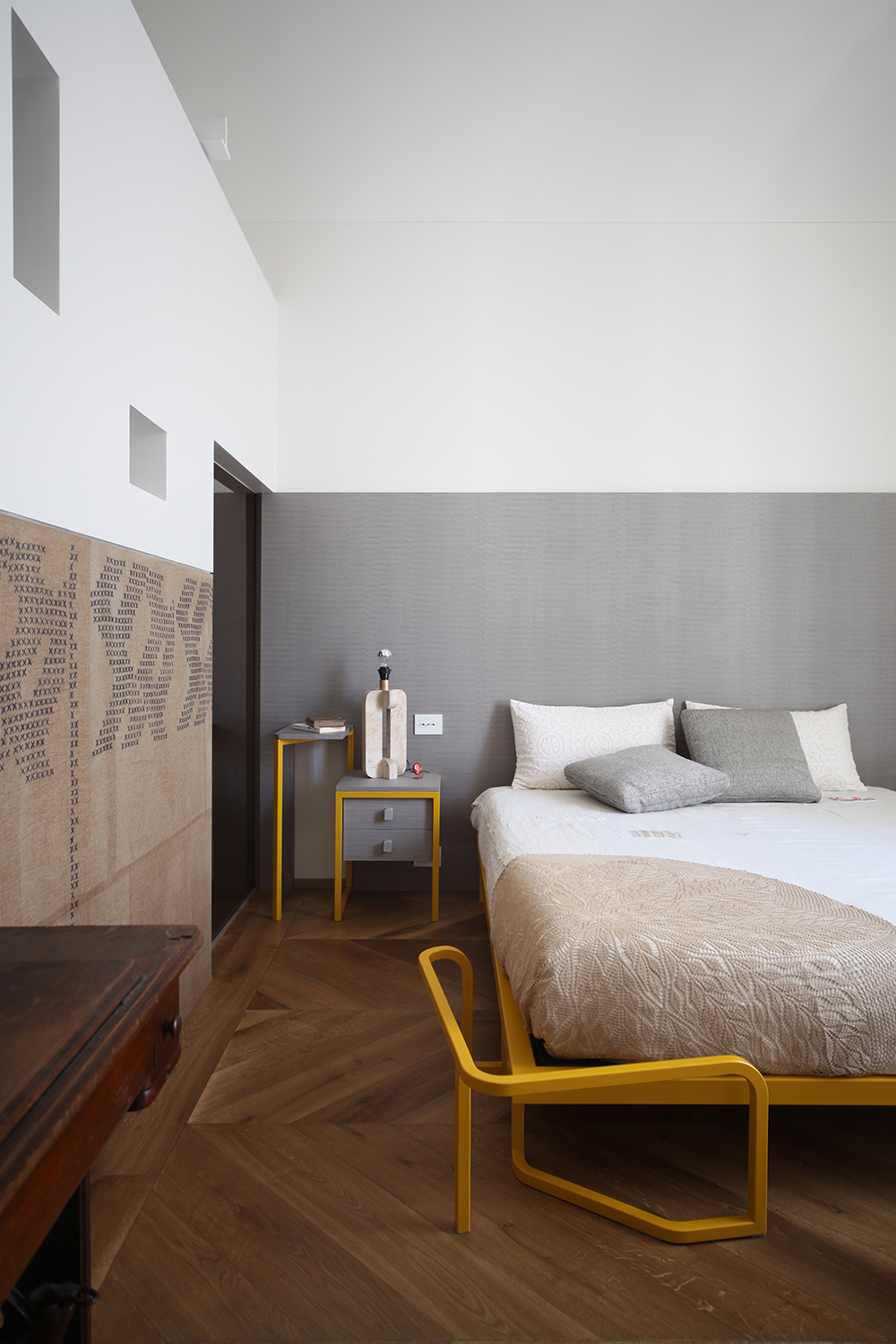 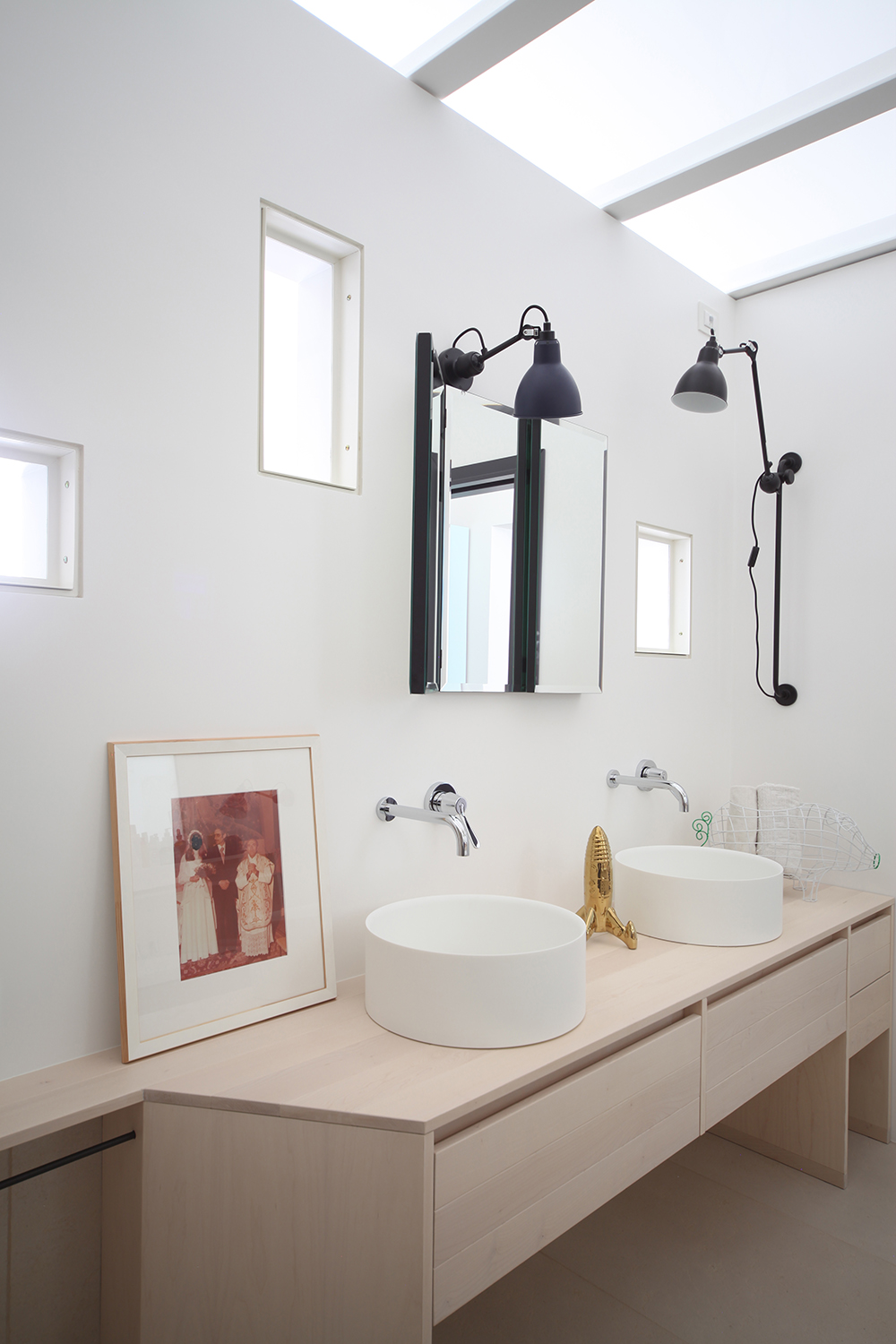 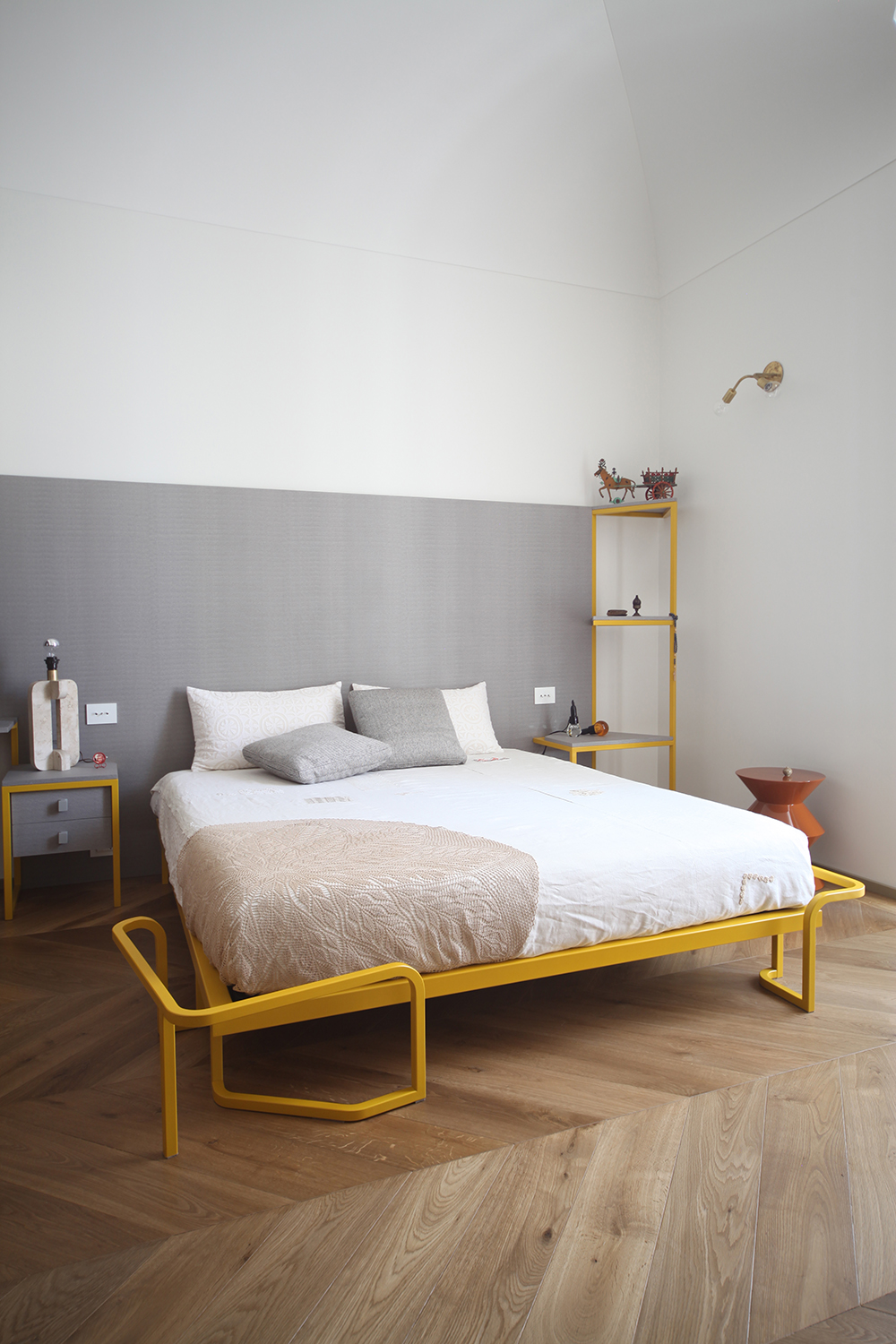 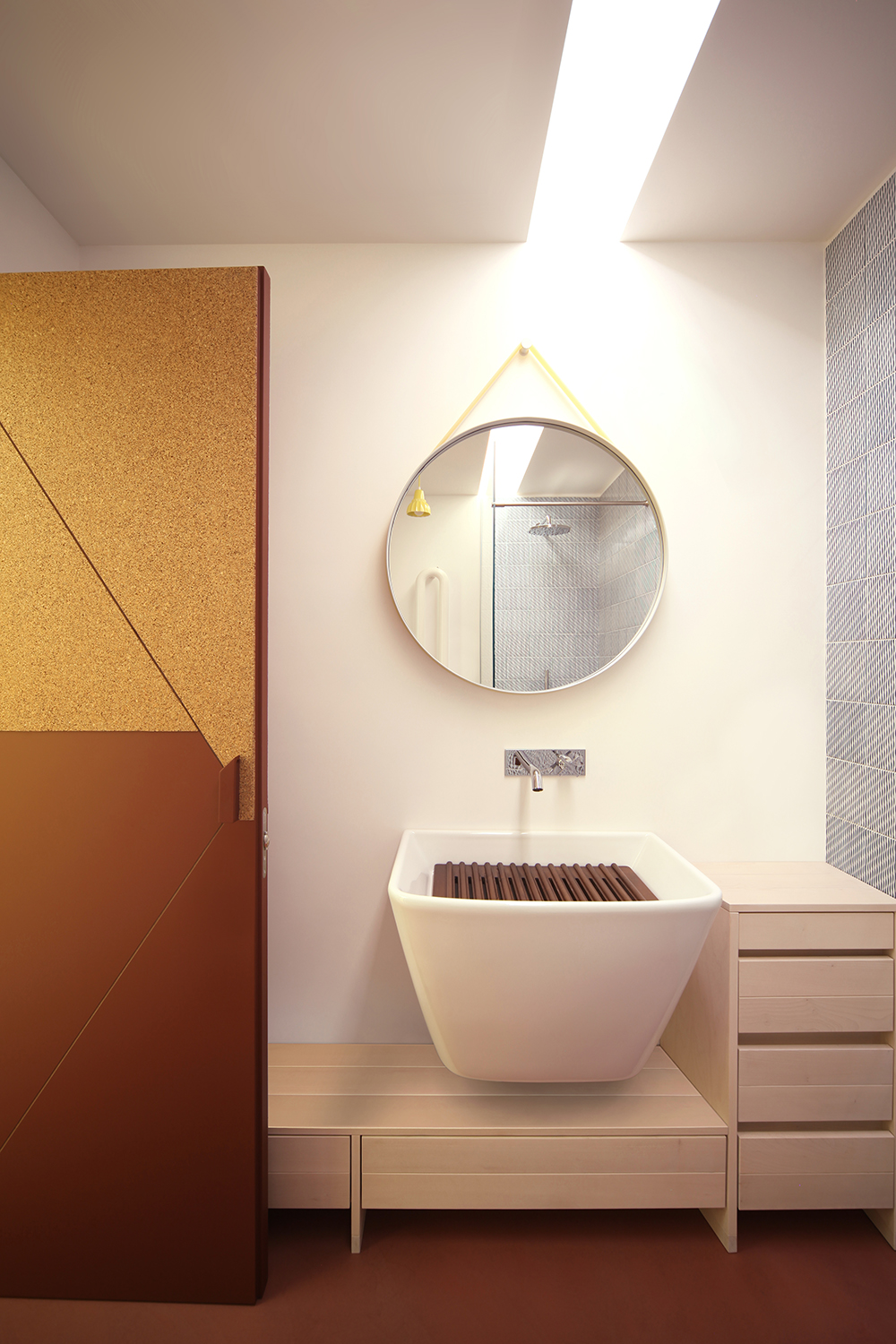 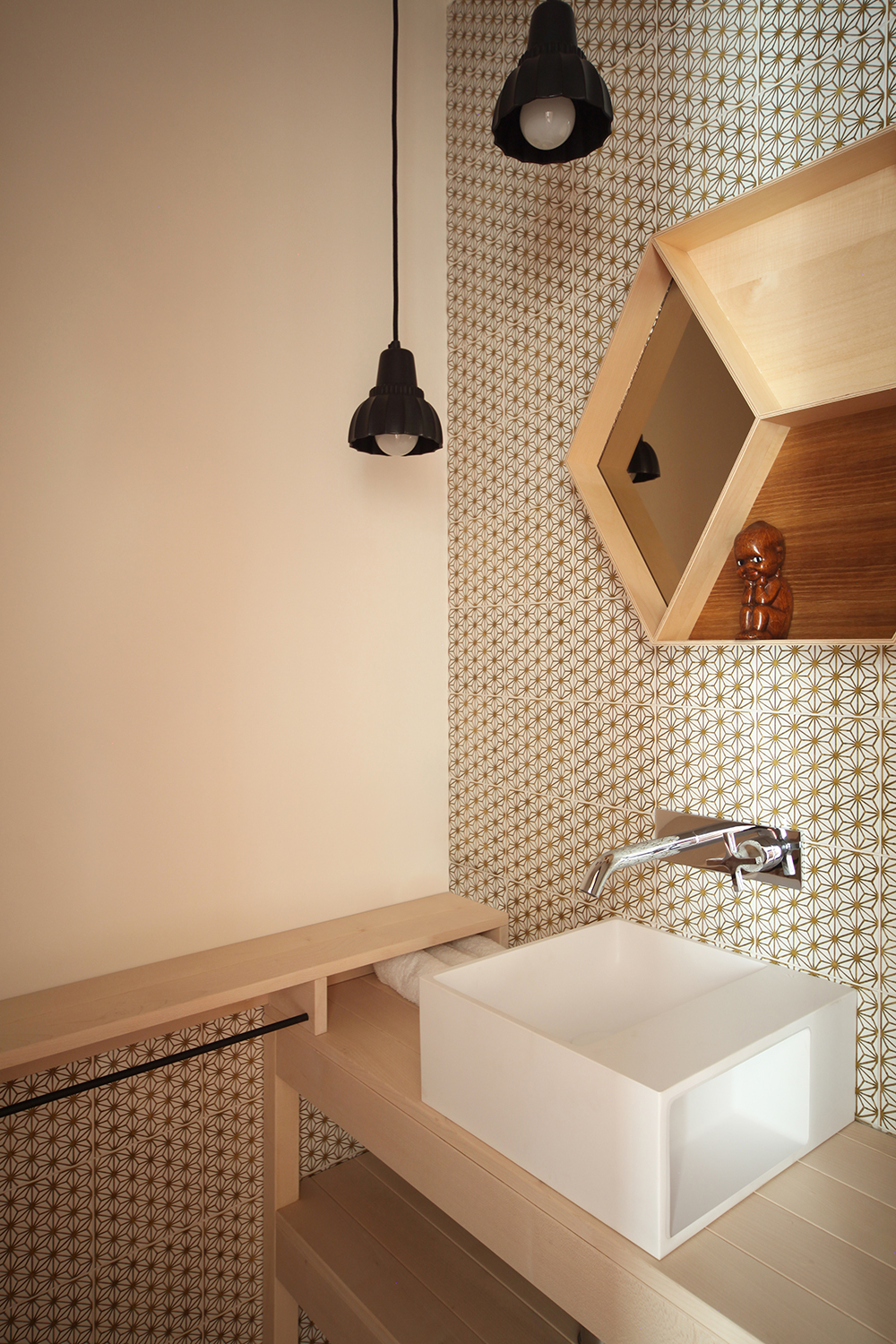 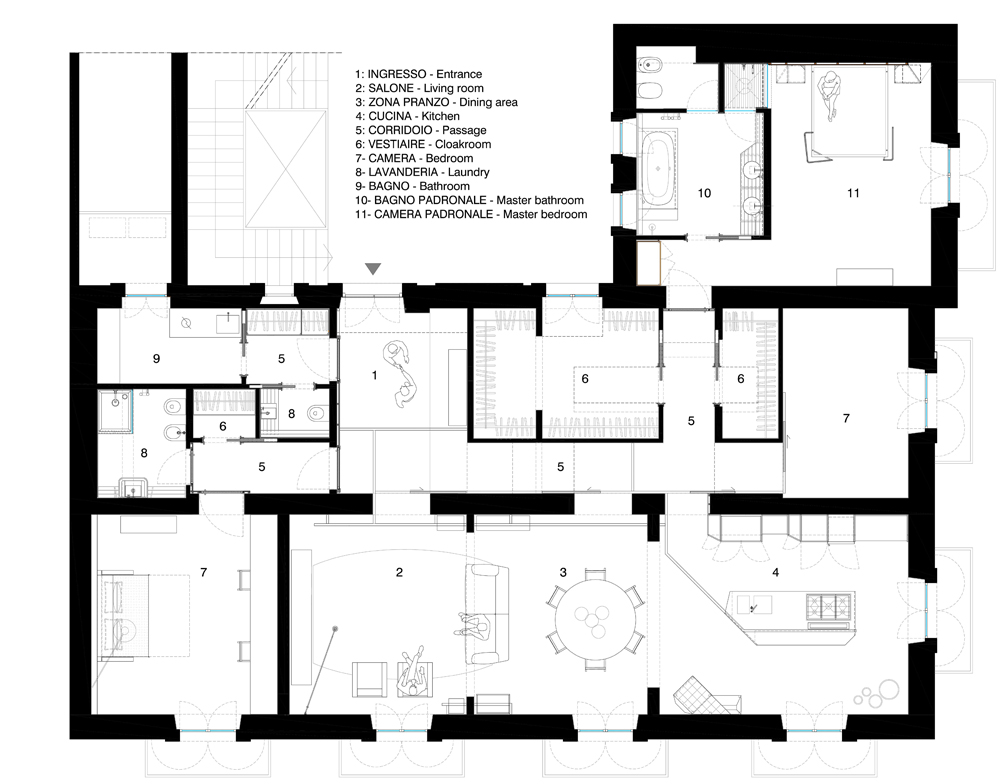 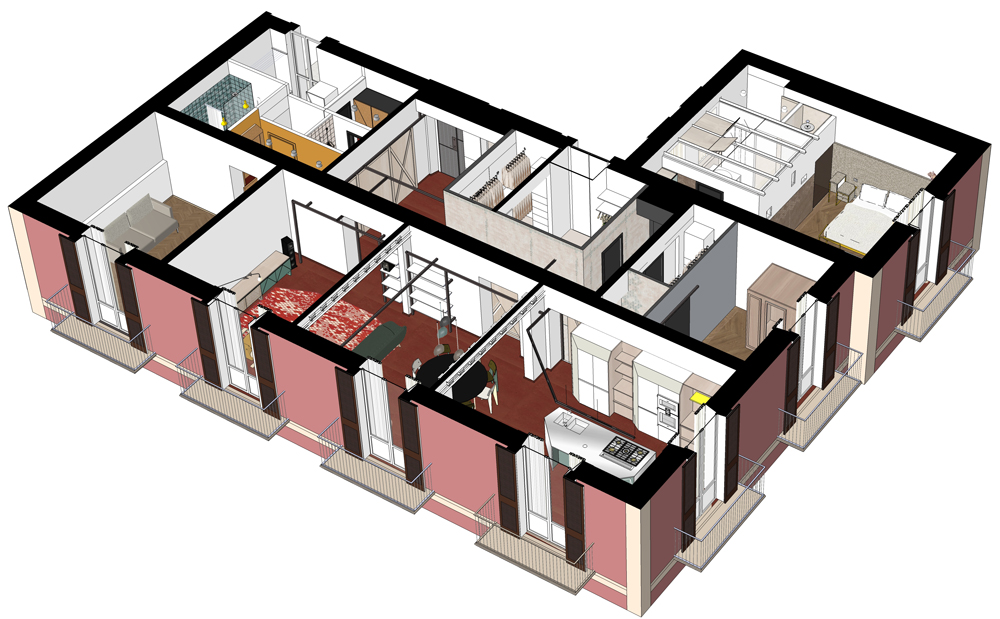 AN (IN)DISCRETE EYE
By continuing to browse the site you are agreeing to our use of cookies.