One material stands out in the new showroom of the brand Rezina, namely resin, in all its possible applications and interpretations, colour and surface variations. Resin is the key ingredient of a new display concept, developed by Andrea Marcante e Adelaide Testa for a space which is meant to function as a playful/material workshop and rely on every single element to encourage visitors to interact with the textures an colours, a stimulus involving both imagination and creativity. In order to lay stress on such concepts as spontaneity and simplicity, a few graphic images are included in the display, to evoke children’s imagination: a circus tent, a skyscraper, an elephant and factory complete with smoking chimney.

“We developed several solutions and strategies hovering between reducing resin into a pure chromatic pigment, a mass of colour coagulating into monochromatic solids and complete dematerialization of the epoxy substance as turned into a pure luminist effect”

The pre-existing parquet floor is partially covered with a film of smooth anthracite grey resin which relies on geometric lines and cuts to interact with the central table and the other objects, producing apparent light and shadow effects. Hence the showroom looks immaterial, nonphysical, although it is counterbalanced by the nearly voluptuous shape of the installation – designed by Nucleo – that incorporates the access to the underground floor “Hovering between an objet trouvé of the 20th century avant-garde and the prehistoric age, the huge Russian doll over two metres in height means a silent presence, an abstract silhouette mad up of alternating lights and shades modulated by the multilayered frame covered in optical white resin”. 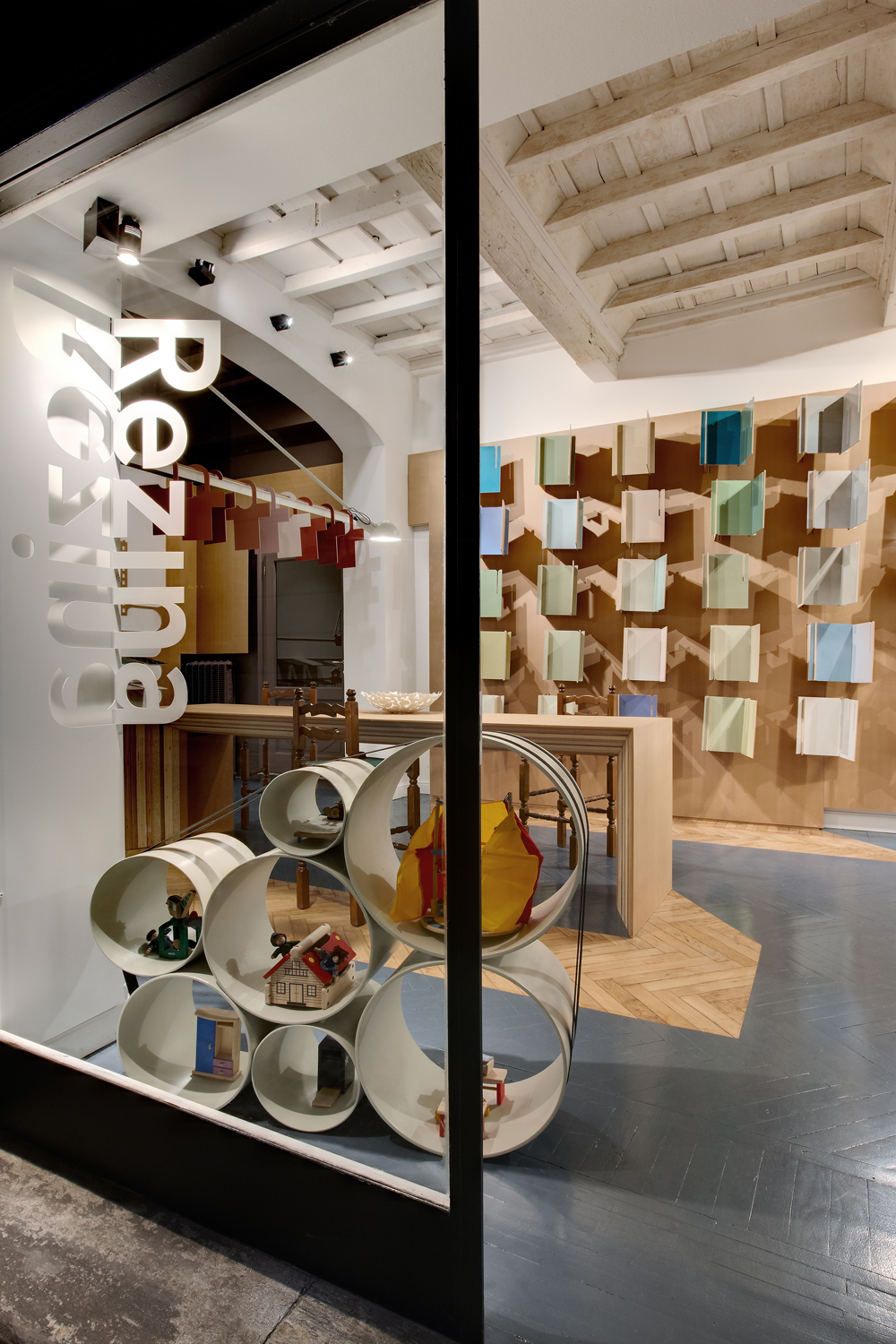 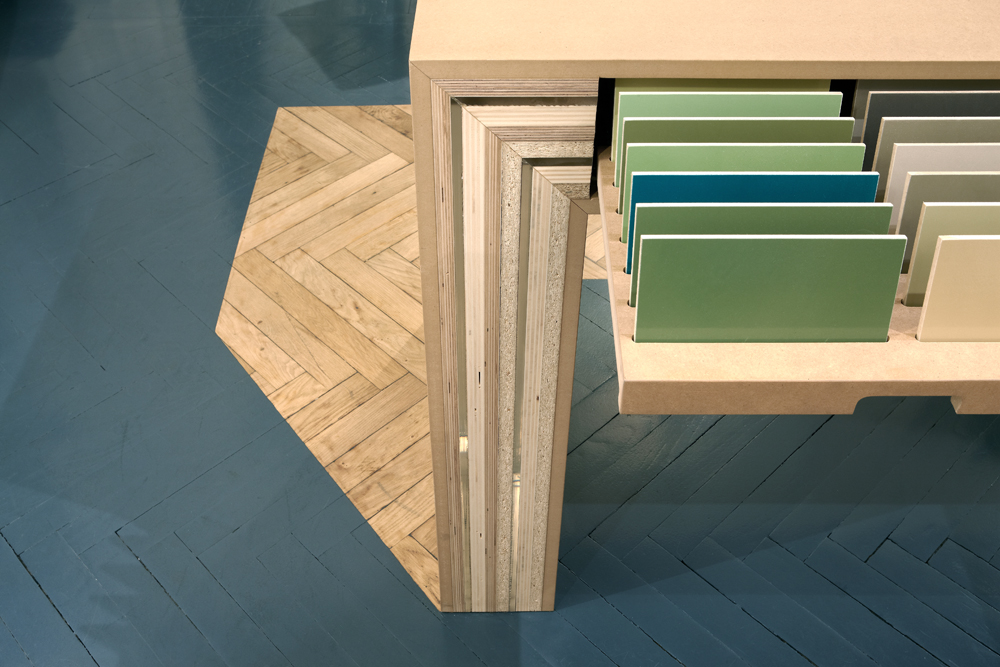 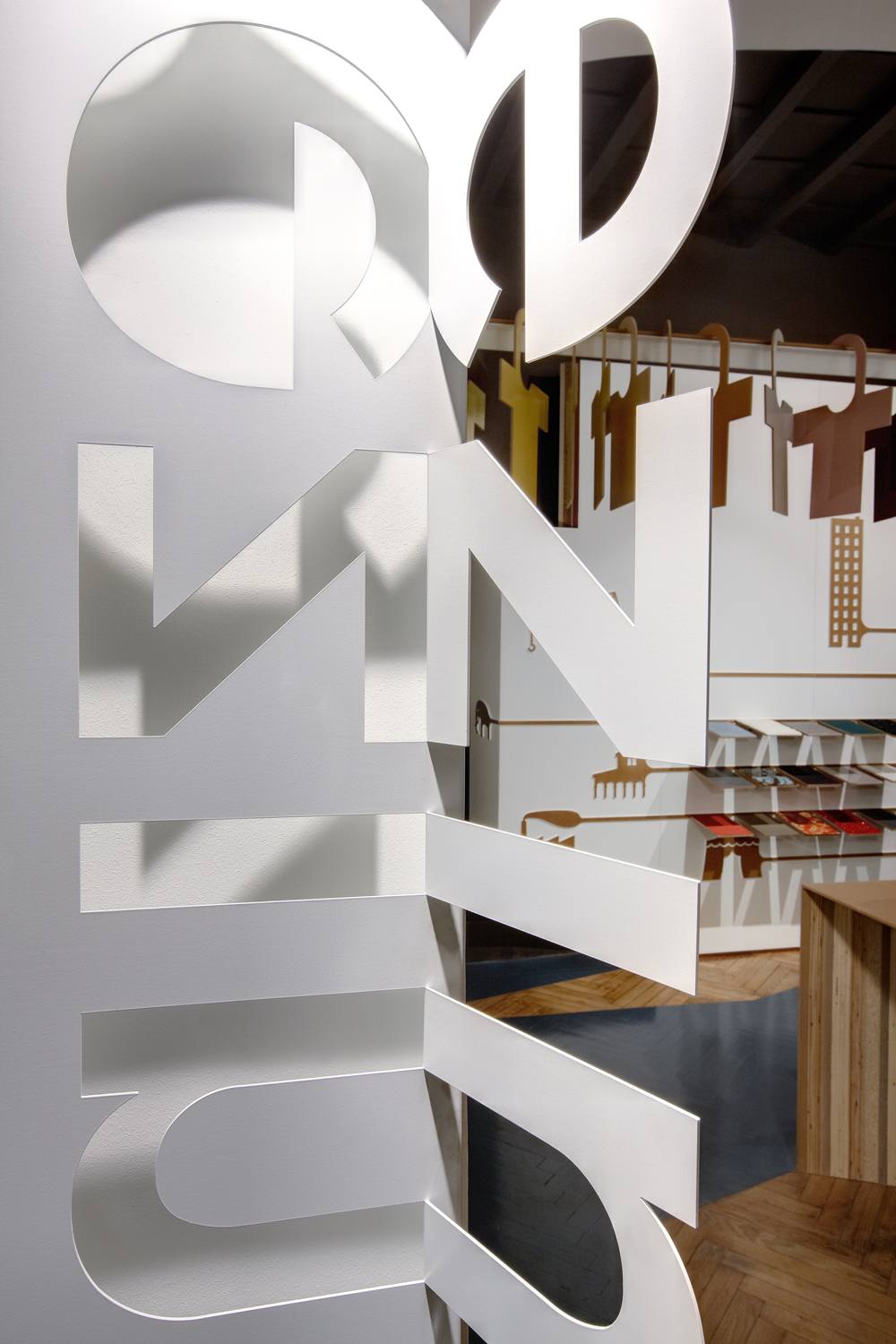 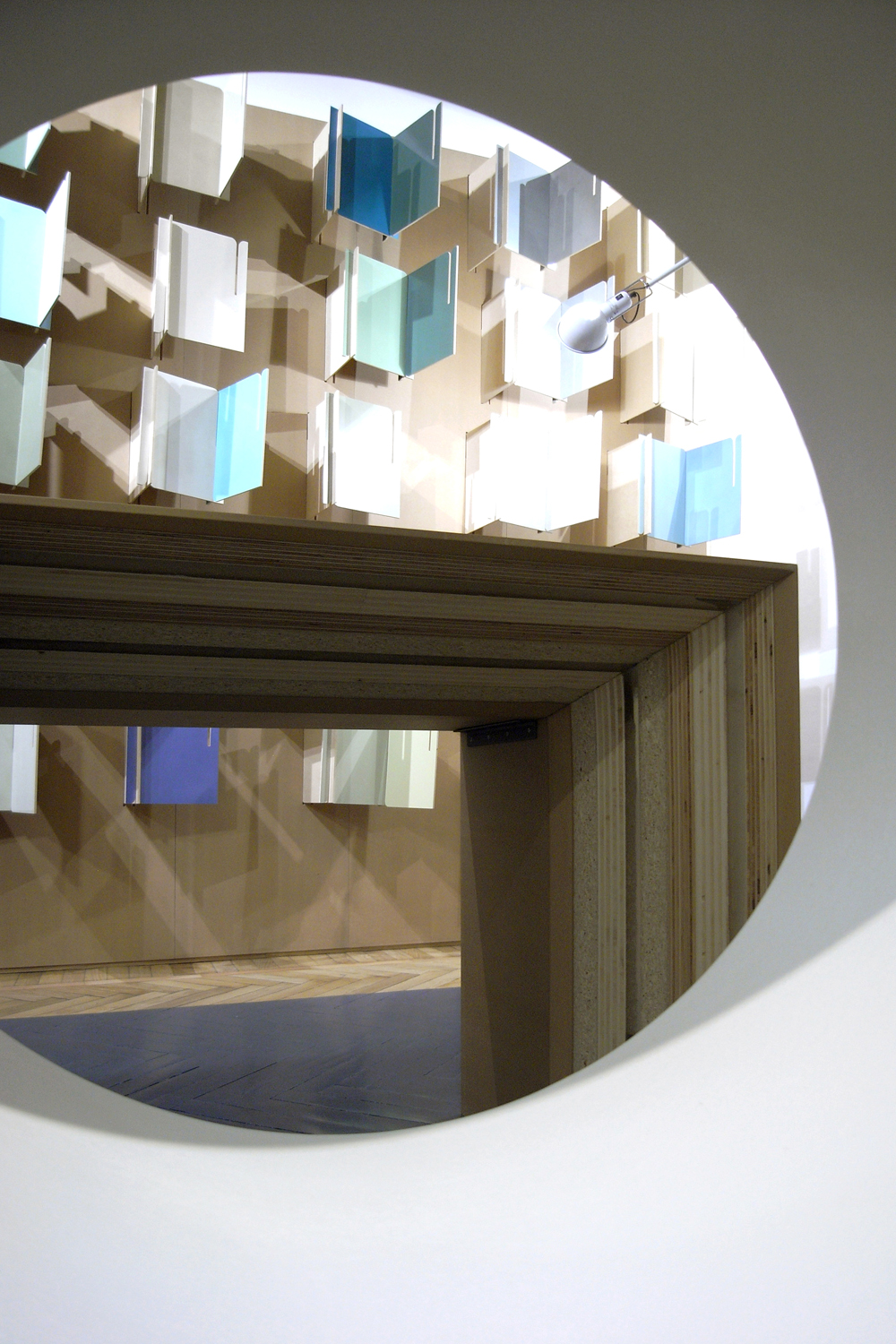 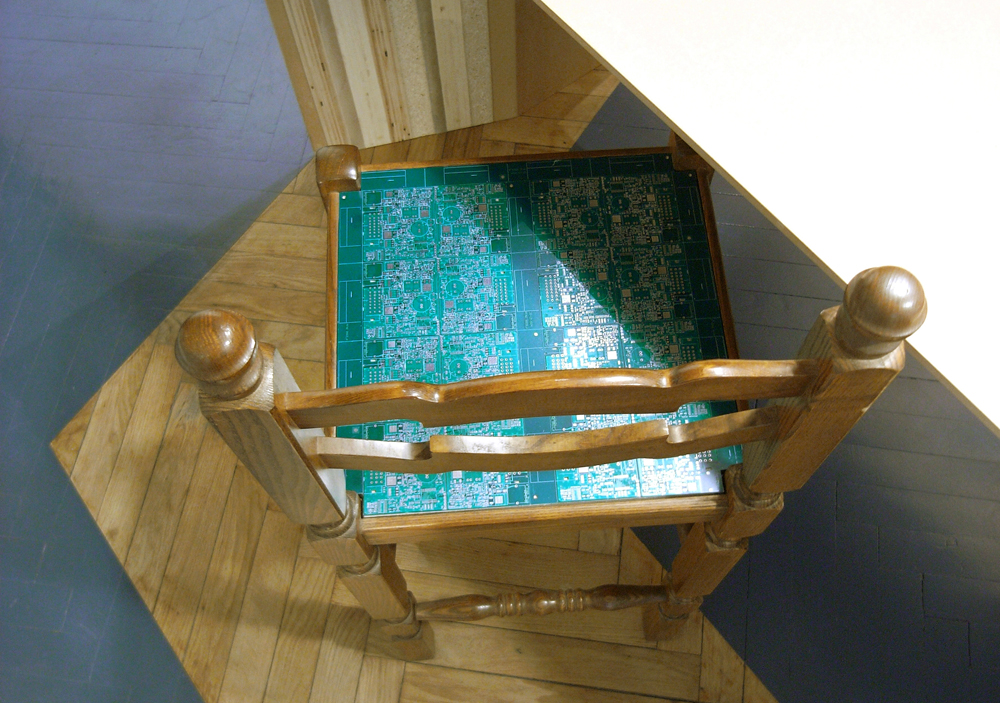 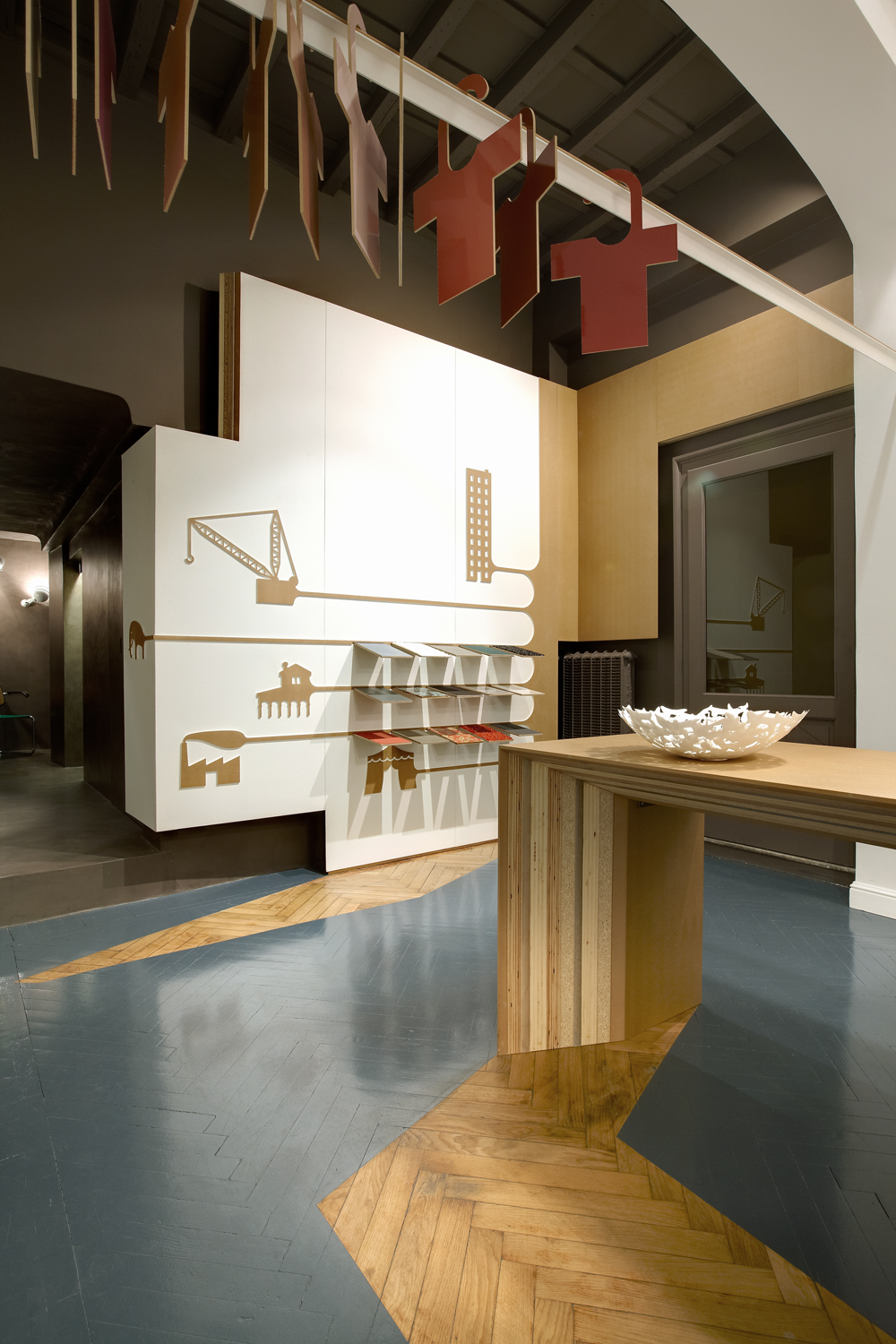 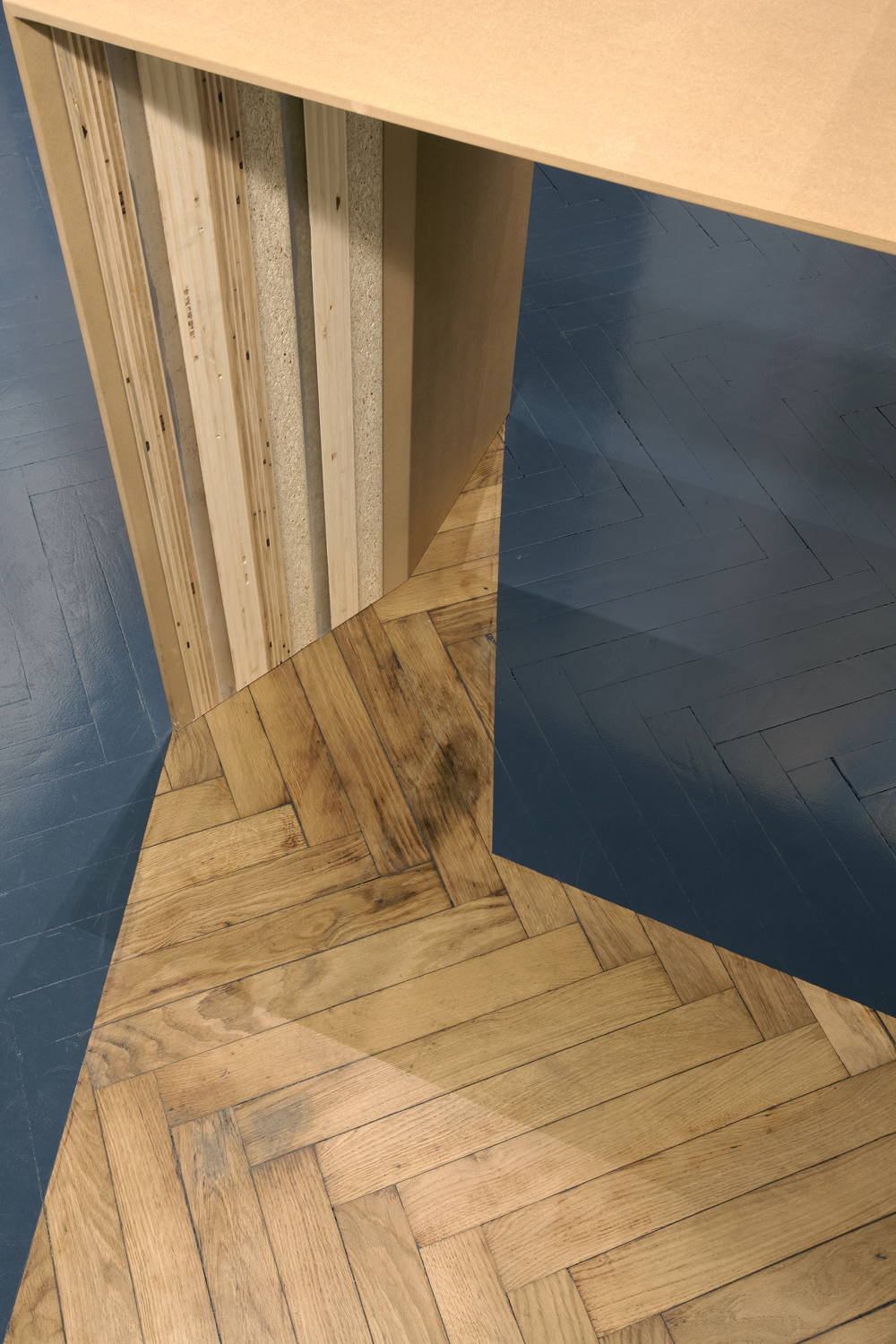 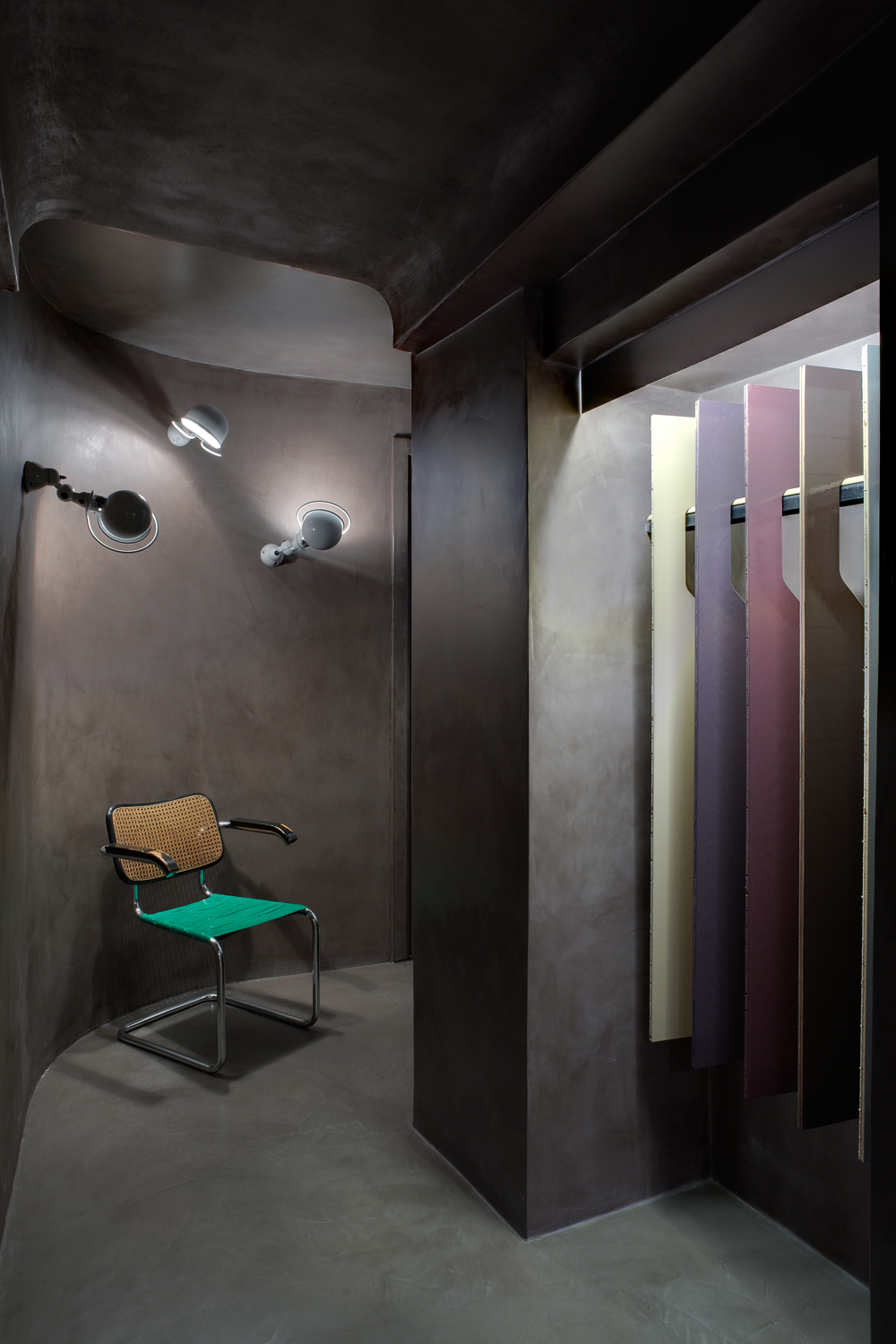 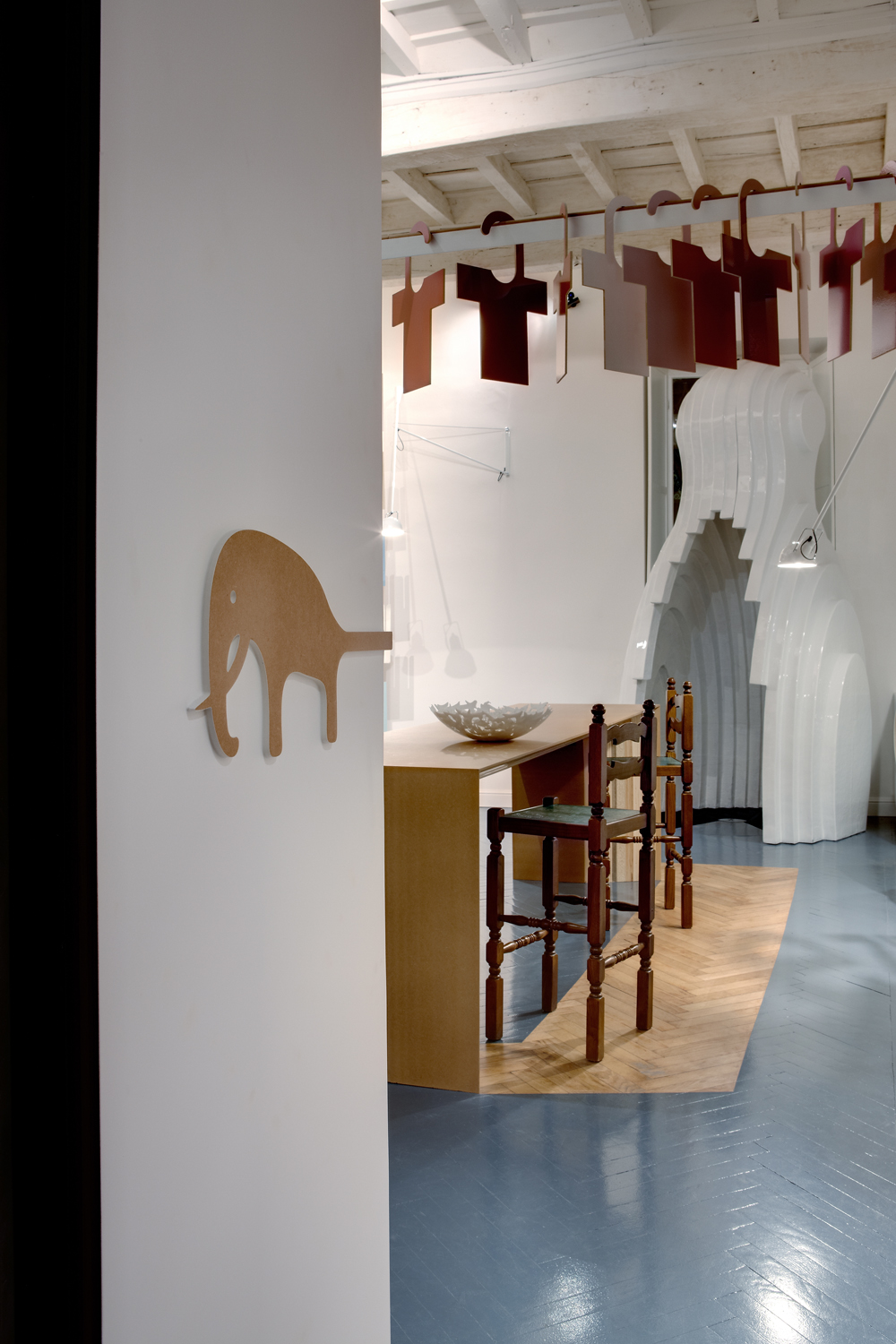 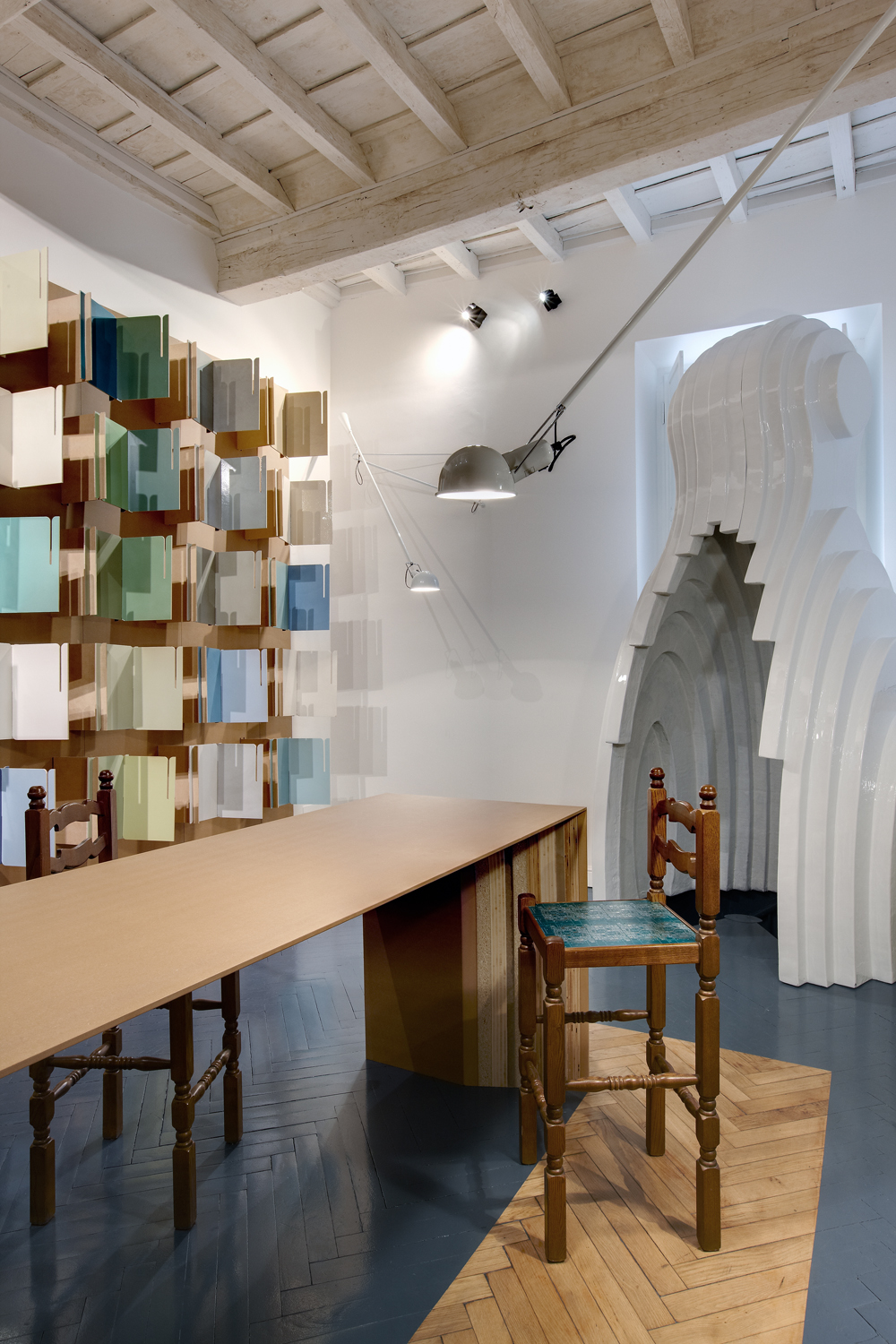 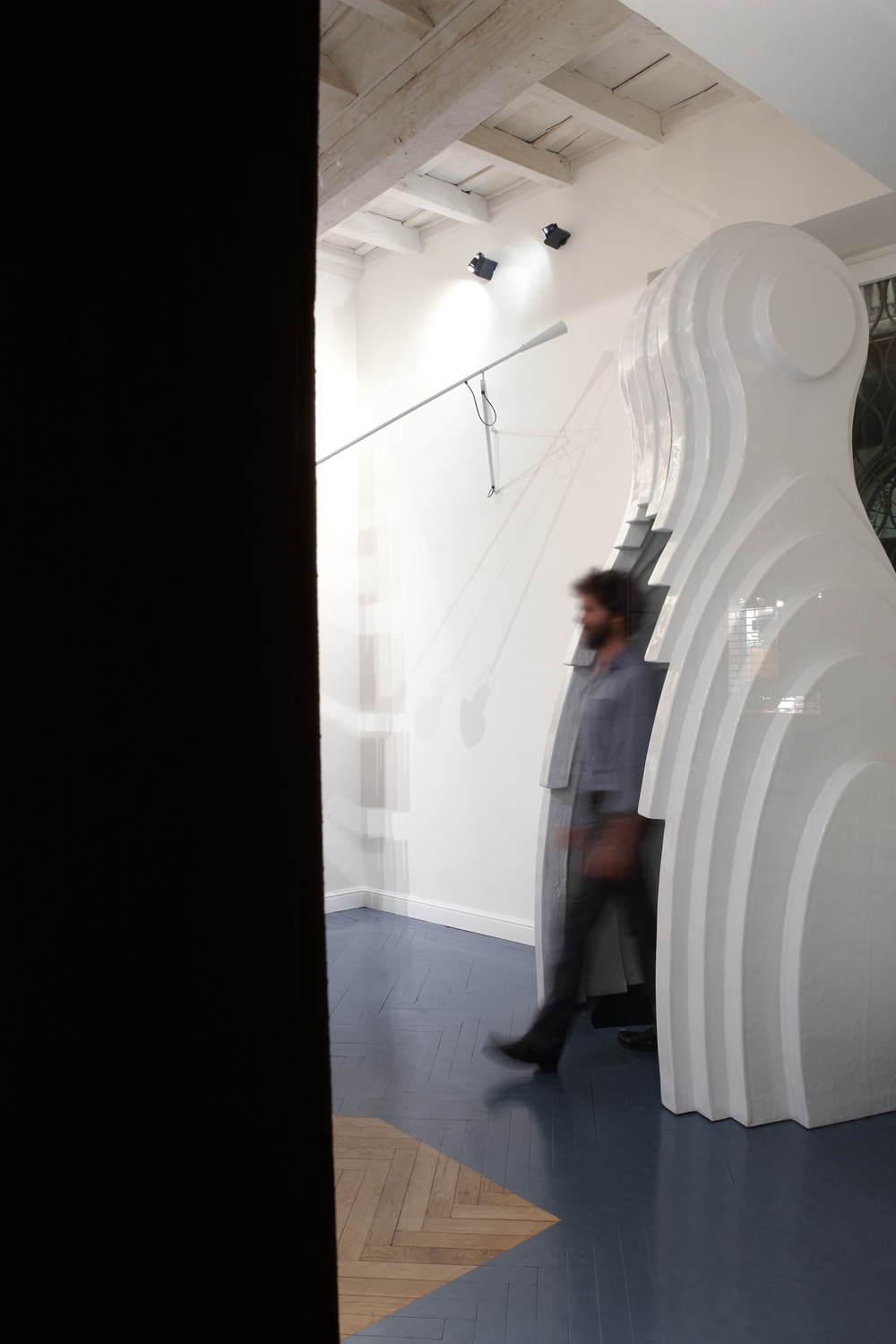 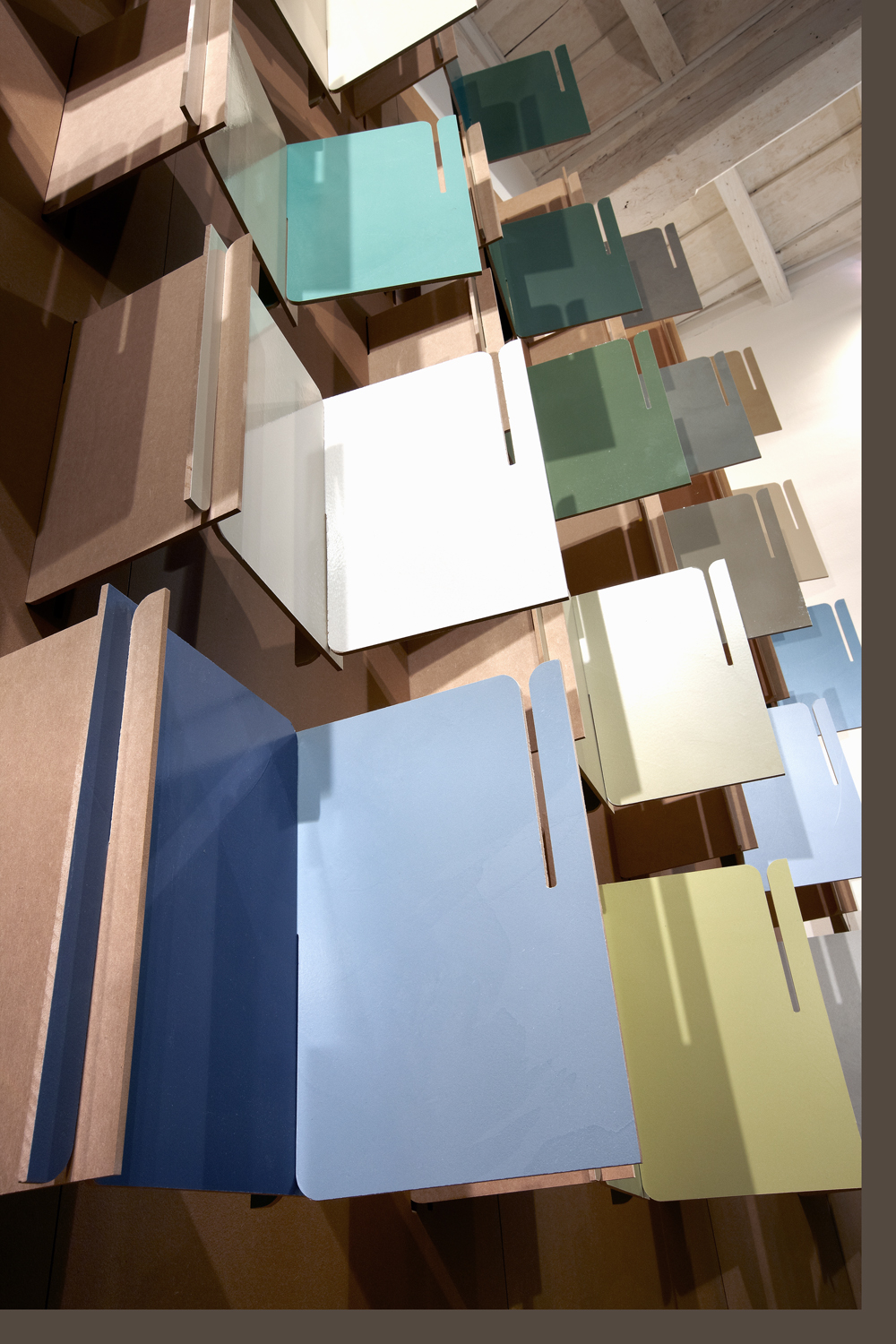 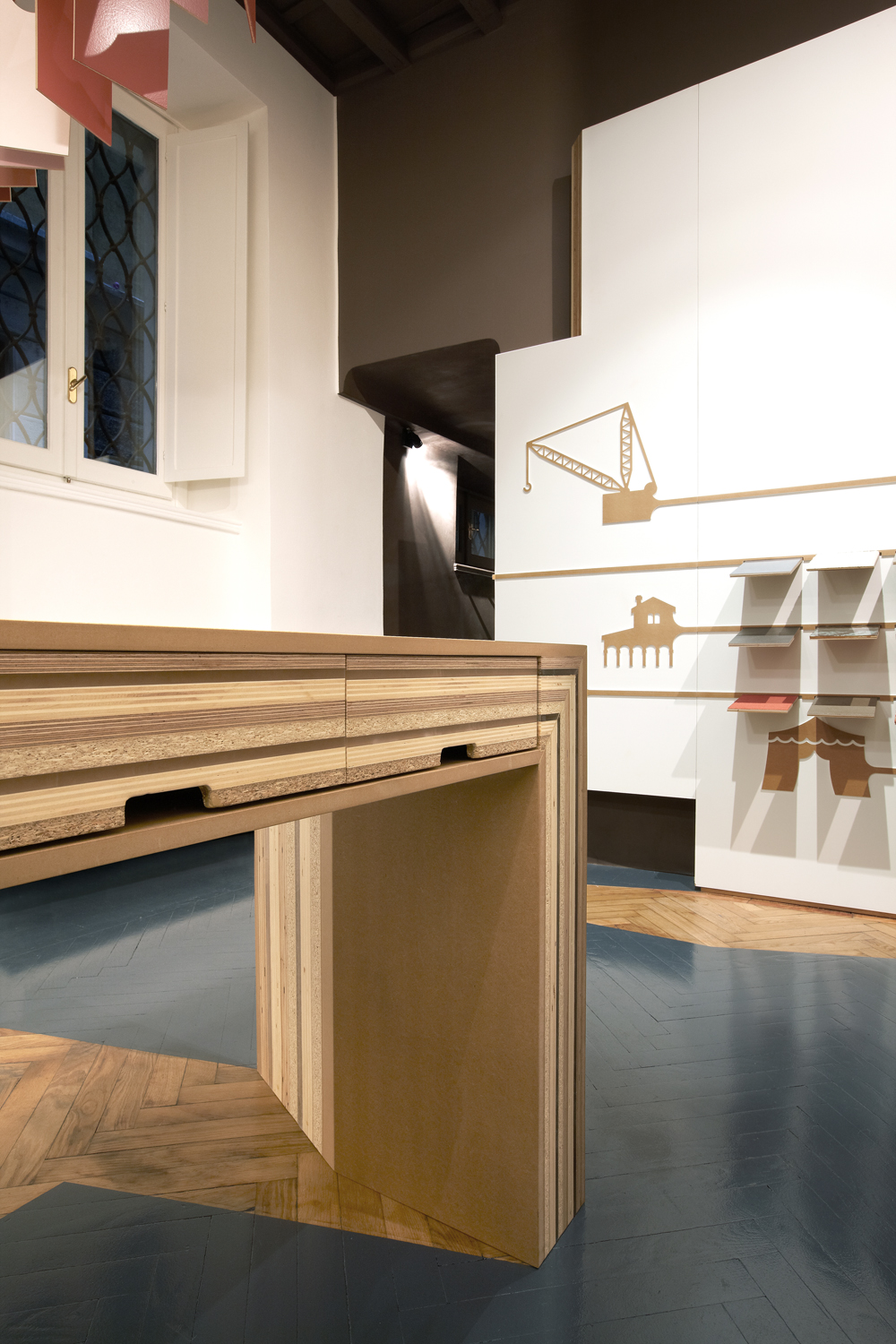 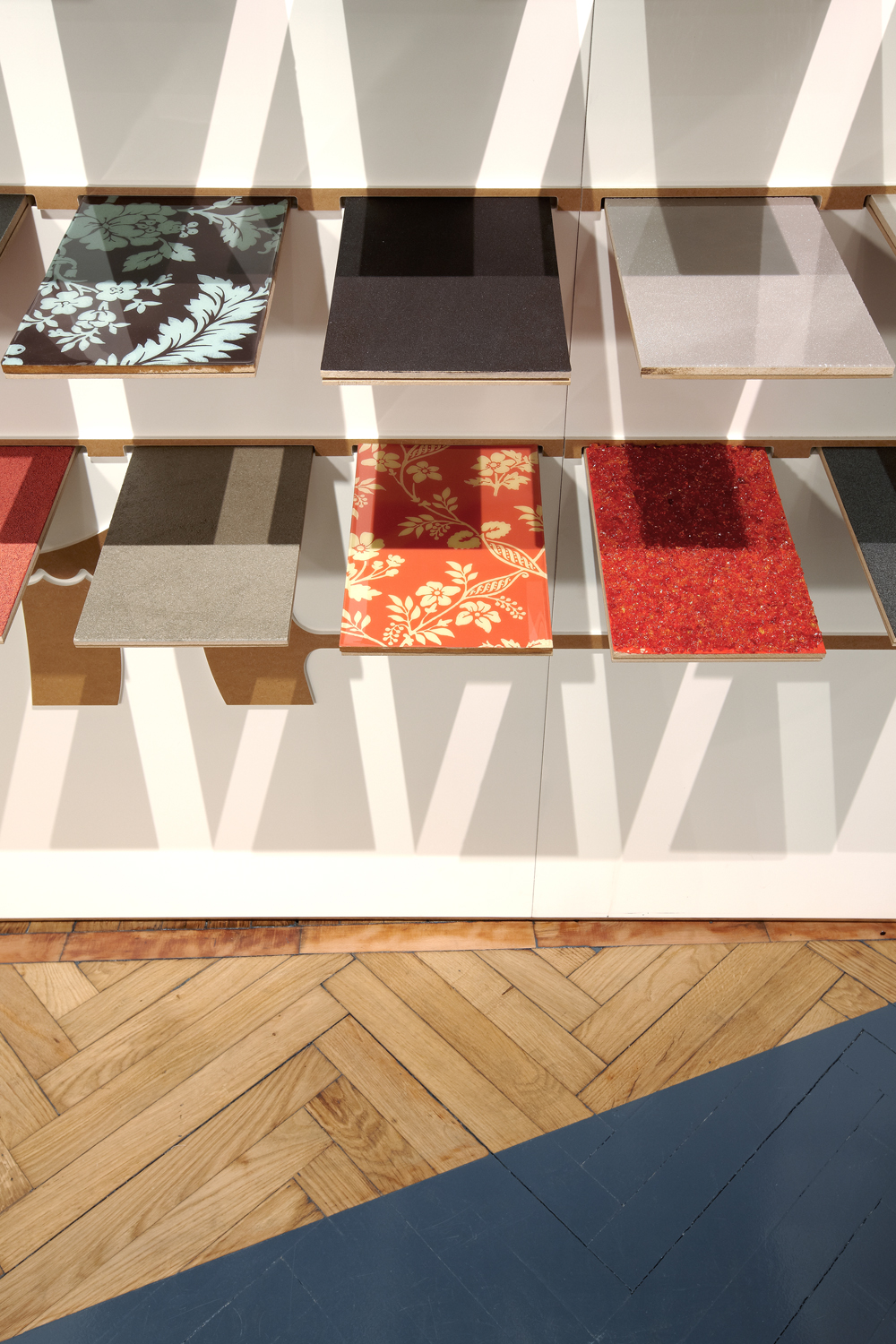 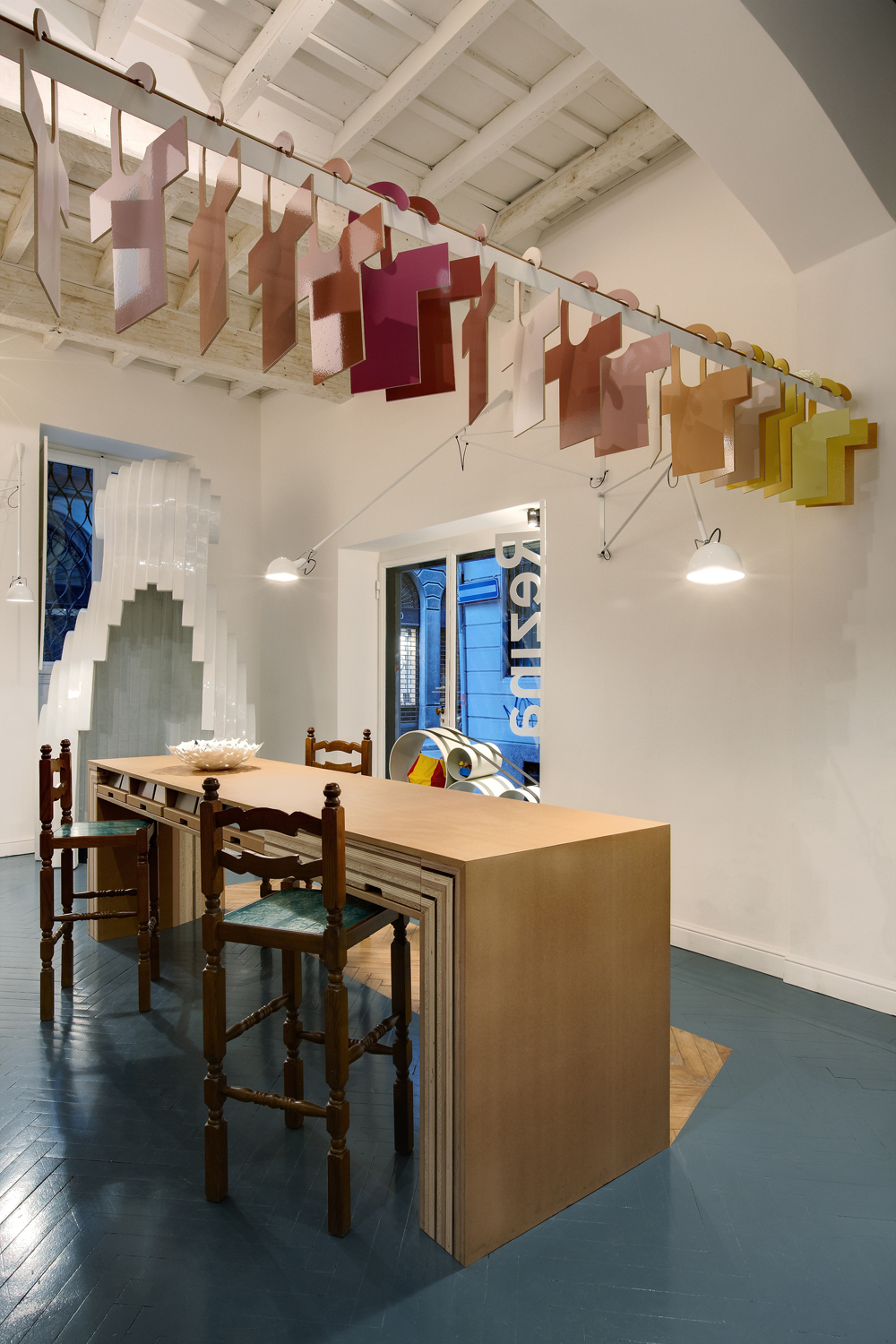 TOOLS FOR MEDITATION
By continuing to browse the site you are agreeing to our use of cookies.