The theme of the competition is a design of interventions on the Littoria Tower in Via Viotti and on the wing towards Piazza Castello.

The seventh and eighth floor of the Tower will house a restaurant and a panoramic lookout situated inside of its structure elevated above the building.

A cafe’ will be situated on the 18th and 19th floor respectively, which are the last Tower floors, endowed with an amazing 360° view over the historic core of the city.

A new elevator will connect the two interventions and will permit an unusual panoramic view in the course of ascension.

The addition on the Tower Littoria provided an opportunity to reassess the building as a new municipal symbol and to fortify ocial and civil citizenship values.
A new belfry. A public shared value reinforced by the data and real-time flow of municipal information generated by the city and narrated by he new architecture and its LED lighting system. An architecture that like its technological devices does not pursue the exceptionality in itself but interacts with the tower and the city’s spirit through its autonomy and personality.

The travertine edge of the Littoria Tower protrudes from the structure and with a slight offset gives weight and consistence to the the ground support. An accent on the edge in form of an exterior elevator becomes the only sign of the new intervention.From the machine to a sign(symbol), from tecnological device to an architectonical device in order to reconnect a tower with its city.

The structural volume of the restaurant is a crease in the urban space mesh, it is a stage facing the city.

The vision and visibility become the opposite expressions through which the design elements oscillate. They have been structured to give an experience modulated through all aspects of the new volume: elevator, rooms, terrace. In this structure the horizon becomes a metaphor for maximum collective experience, while the vertical ascent becomes a moment of an individual stimulus where city progessivly reveals itself and the new travertine edge is progressivly being reduced. 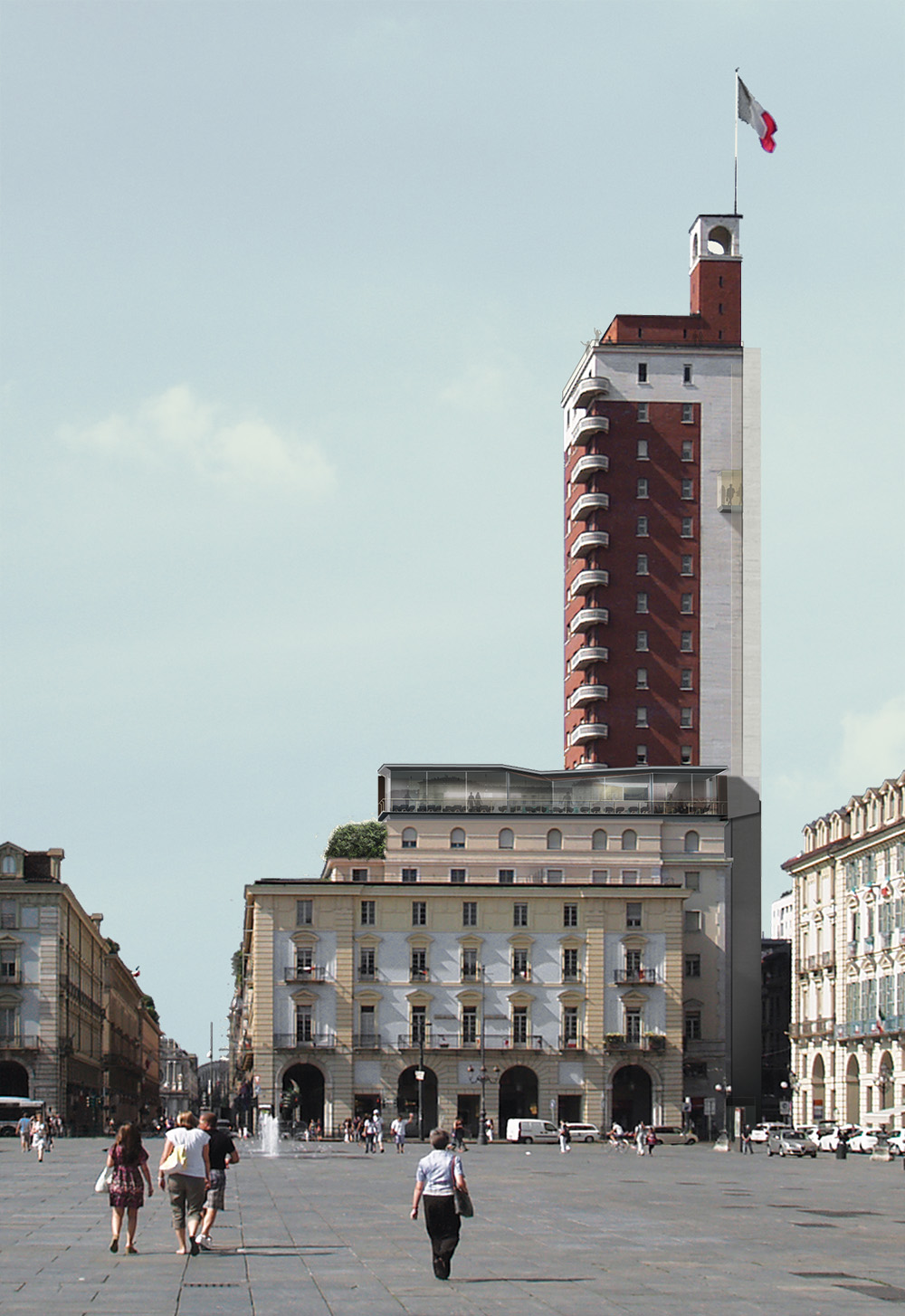 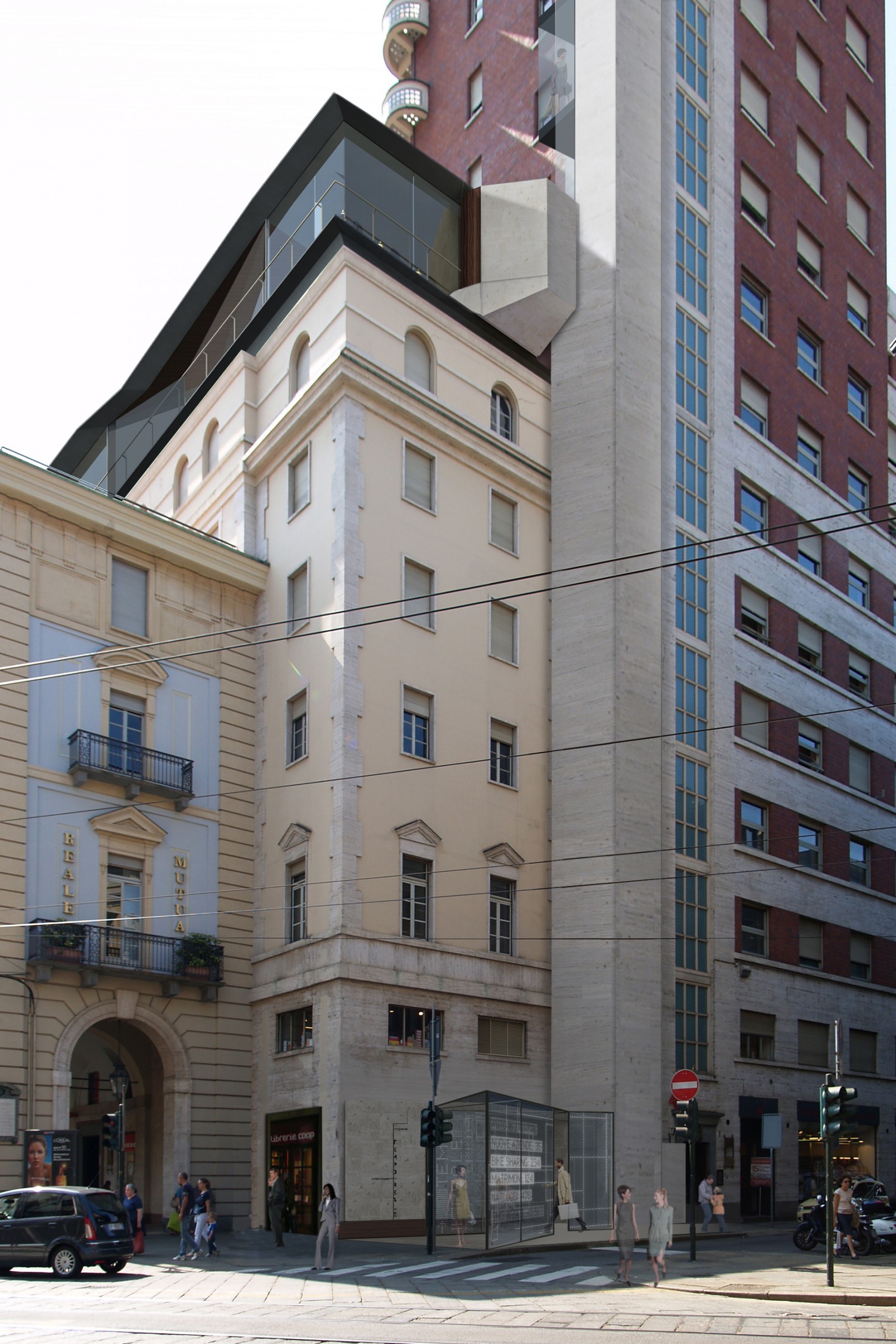 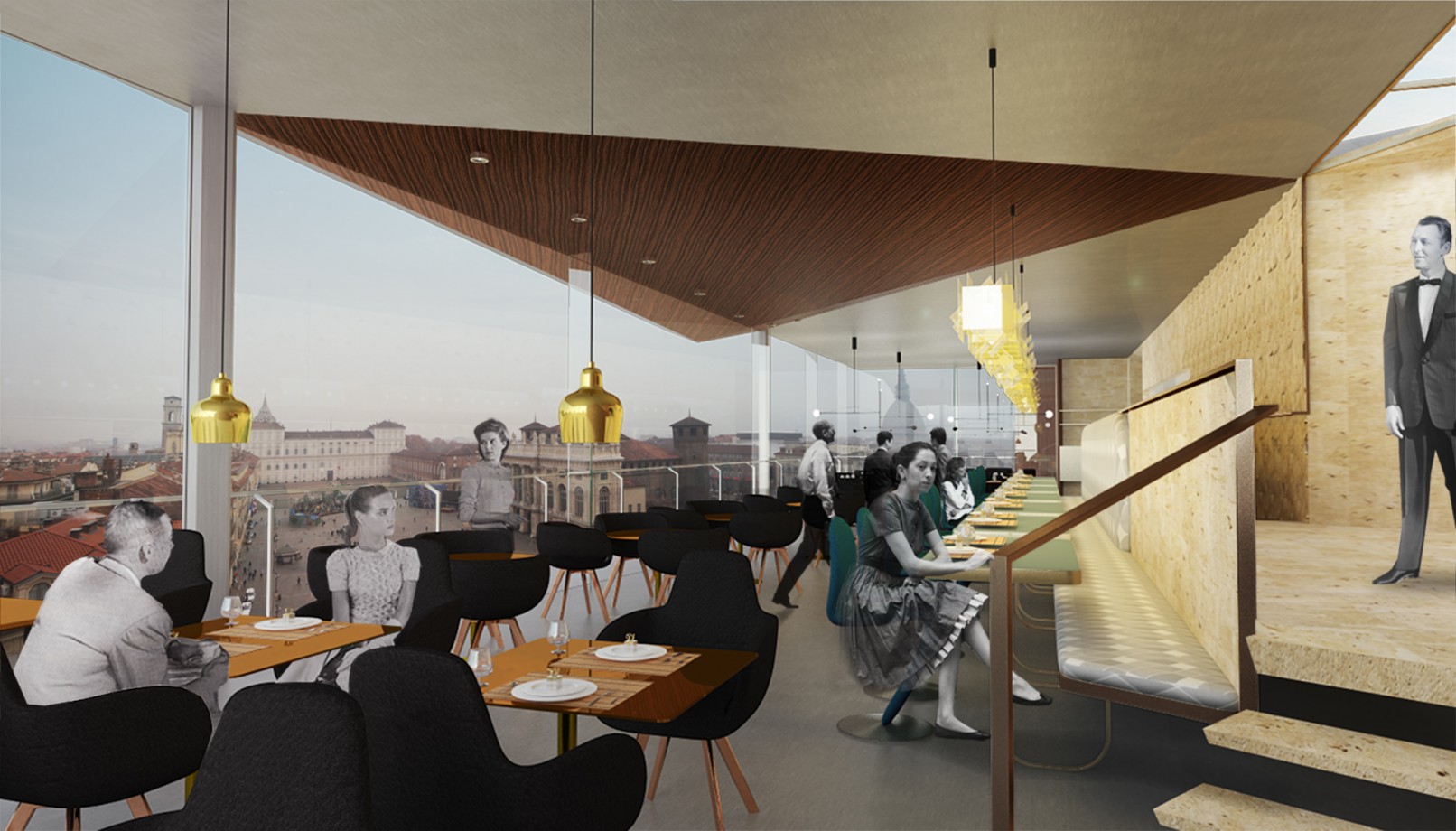 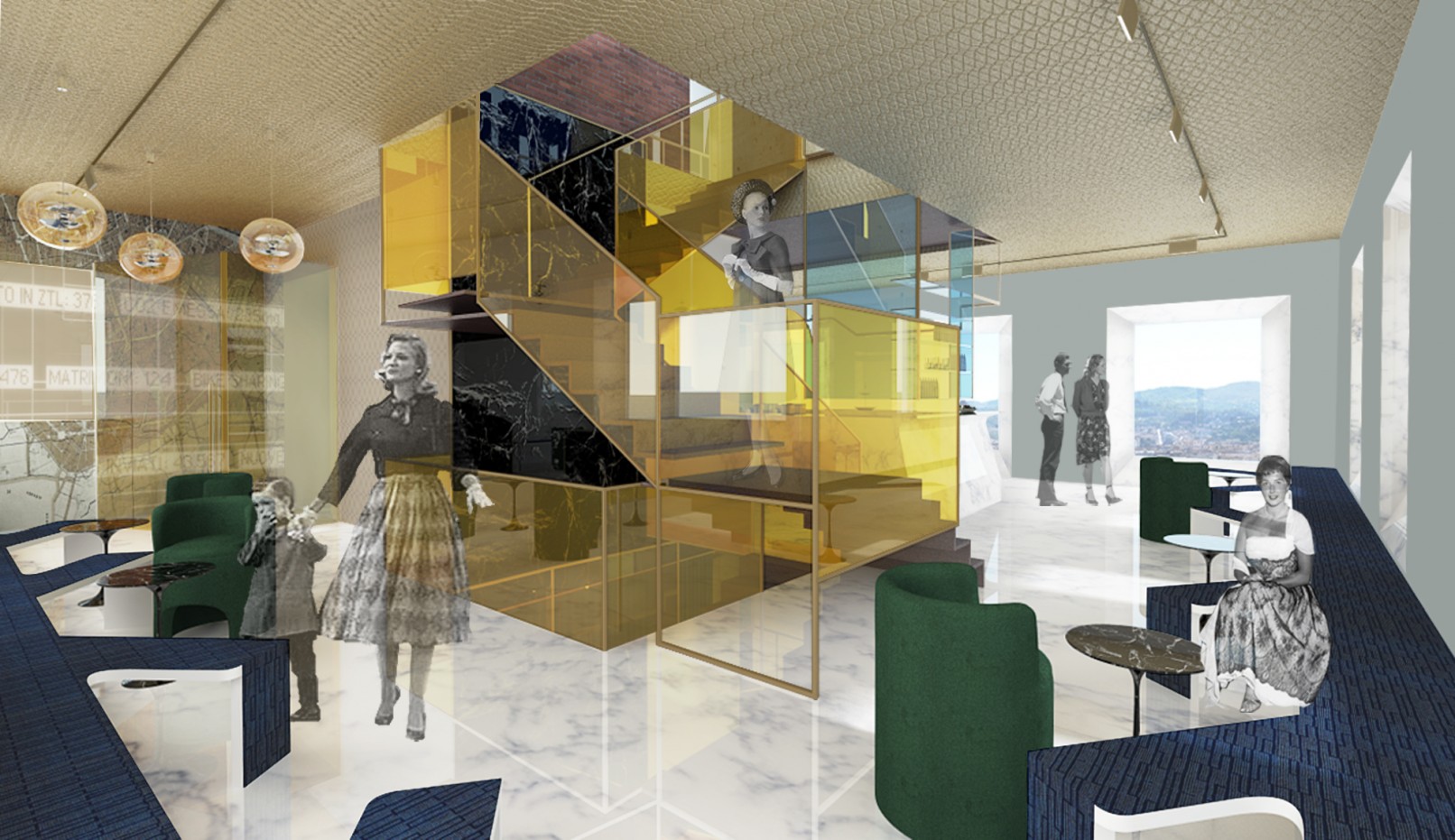 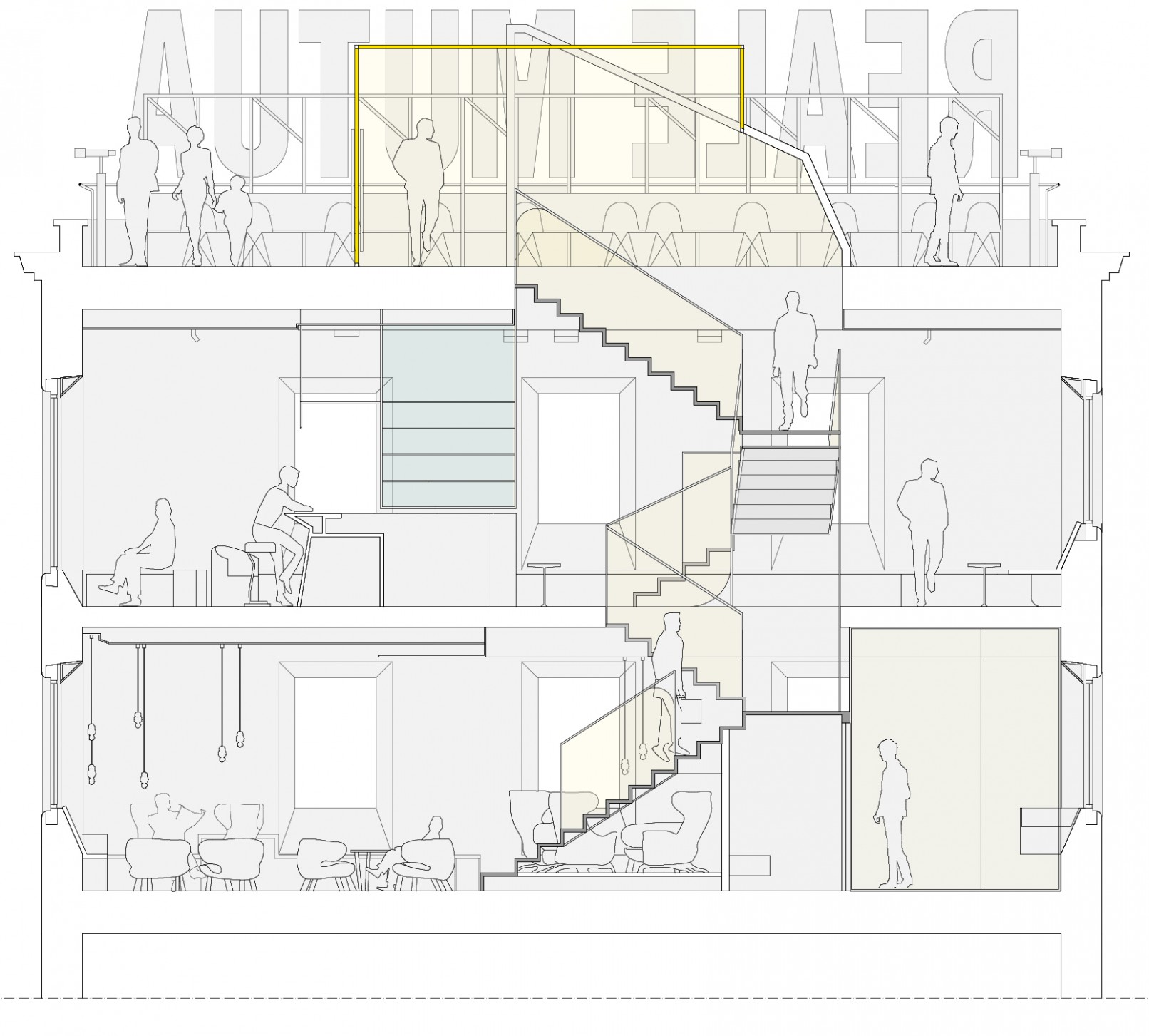 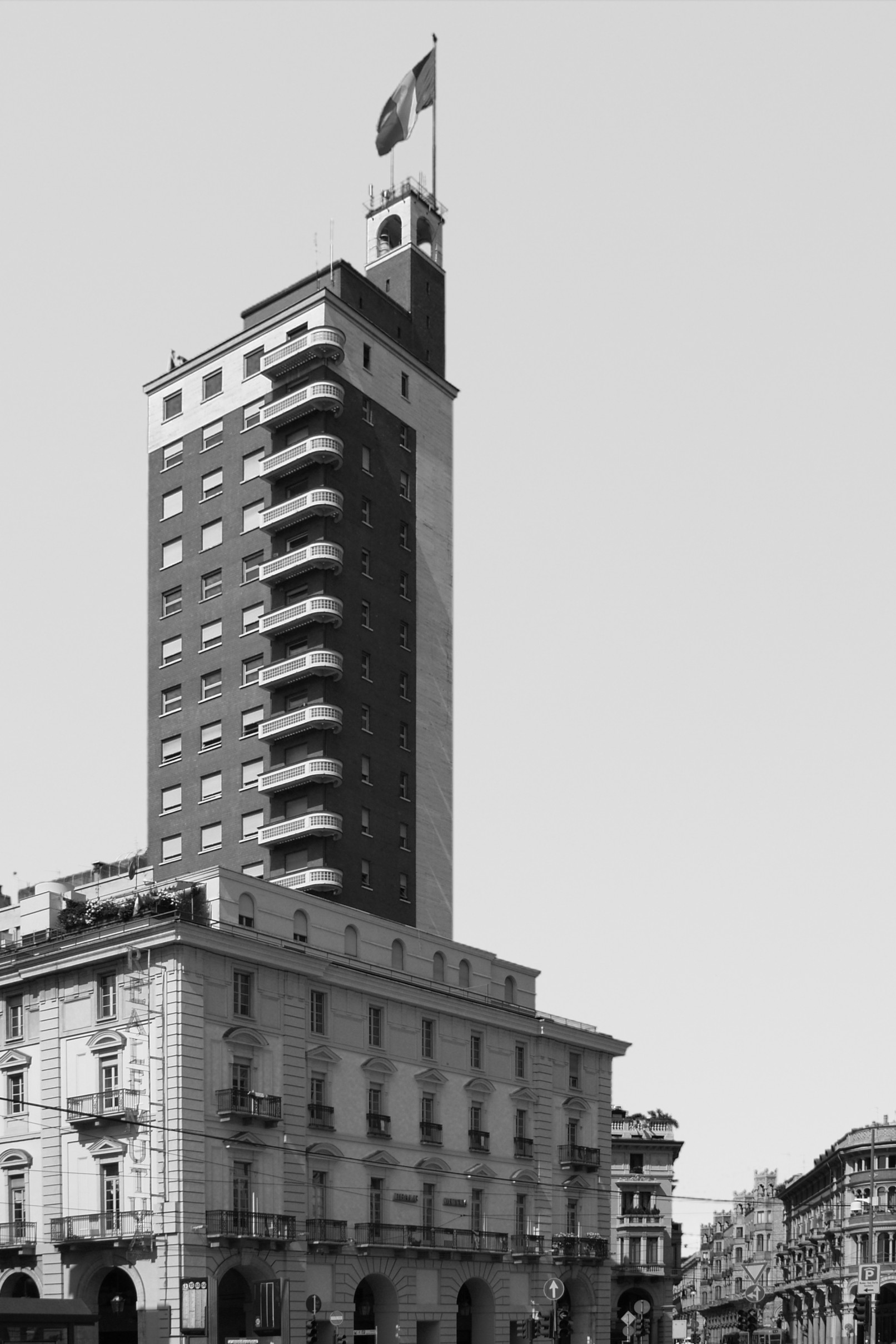 ARTISSIMA DESIGN
By continuing to browse the site you are agreeing to our use of cookies.